Akrapovic teases its upcoming exhaust for the F90 BMW M5 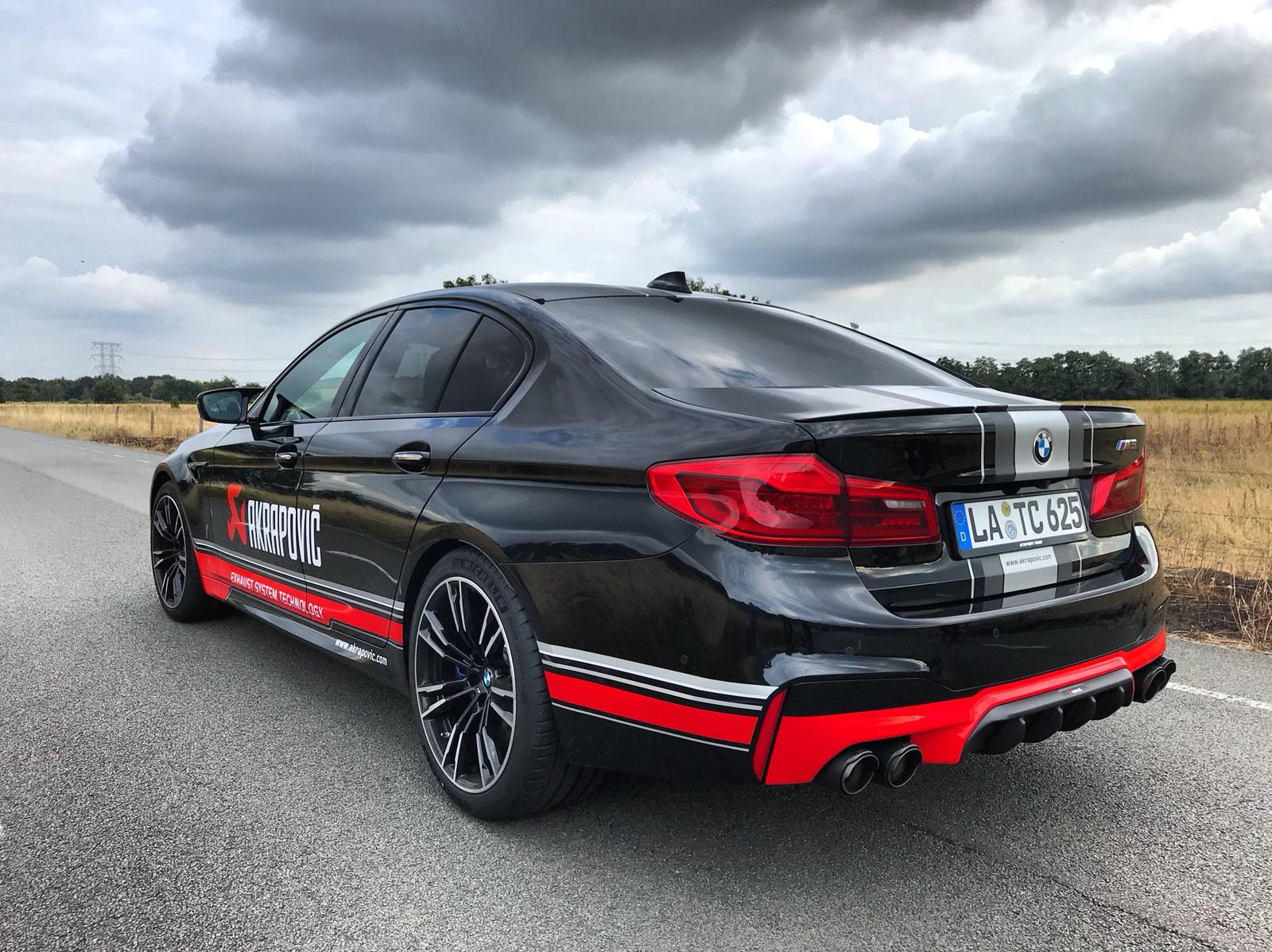 Akrapovic has long been a favorite of ours, as it’s one of the world’s best supplier of exhaust systems and makes some of the absolute best sounding BMW exhausts. Not only that, but its quality and expertise are second to none. Akrapovic is apparently going to be releasing a new video, featuring the new BMW M5 with one of its exhaust systems and a teaser of that video has just been revealed.

While some of BMW’s recent M cars have lacked the sort of sexy, mechanical noises of M cars from years ago, the BMW M5 is not one of the cars lacking. Its 4.4 liter twin-turbocharged V8 and accompanying exhaust note sounds great. Though, there’s always room for improvement and that’s where Akrapovic comes in.

In this brief teaser video, we see a BMW M5 wrapped in an Akrapovic-livery, using the famous Slovenian brand’s exhaust, sitting in a darkened warehouse. It revs and it roars, sounding very good, with pops and bangs akin to distant artillery fire. It then fires out of the warehouse into daylight, because of course it does.

More notably is how good it sounds. It’s seriously angry, this Akrapovic BMW M5 system. It has a deep, burbly growl, which gives the V8 a more muscular noise that before. It doesn’t just sound like noise, like so many exhaust systems do, it sounds like a properly powerful V8. And it’s fantastic. Then the BMW M5 does some obligatory drifts, to show off its power and its noise.

It’s all very exciting and we can’t wait until the full release of the exhaust so we can hear it on the BMW M5 at length and maybe even give it a test drive.