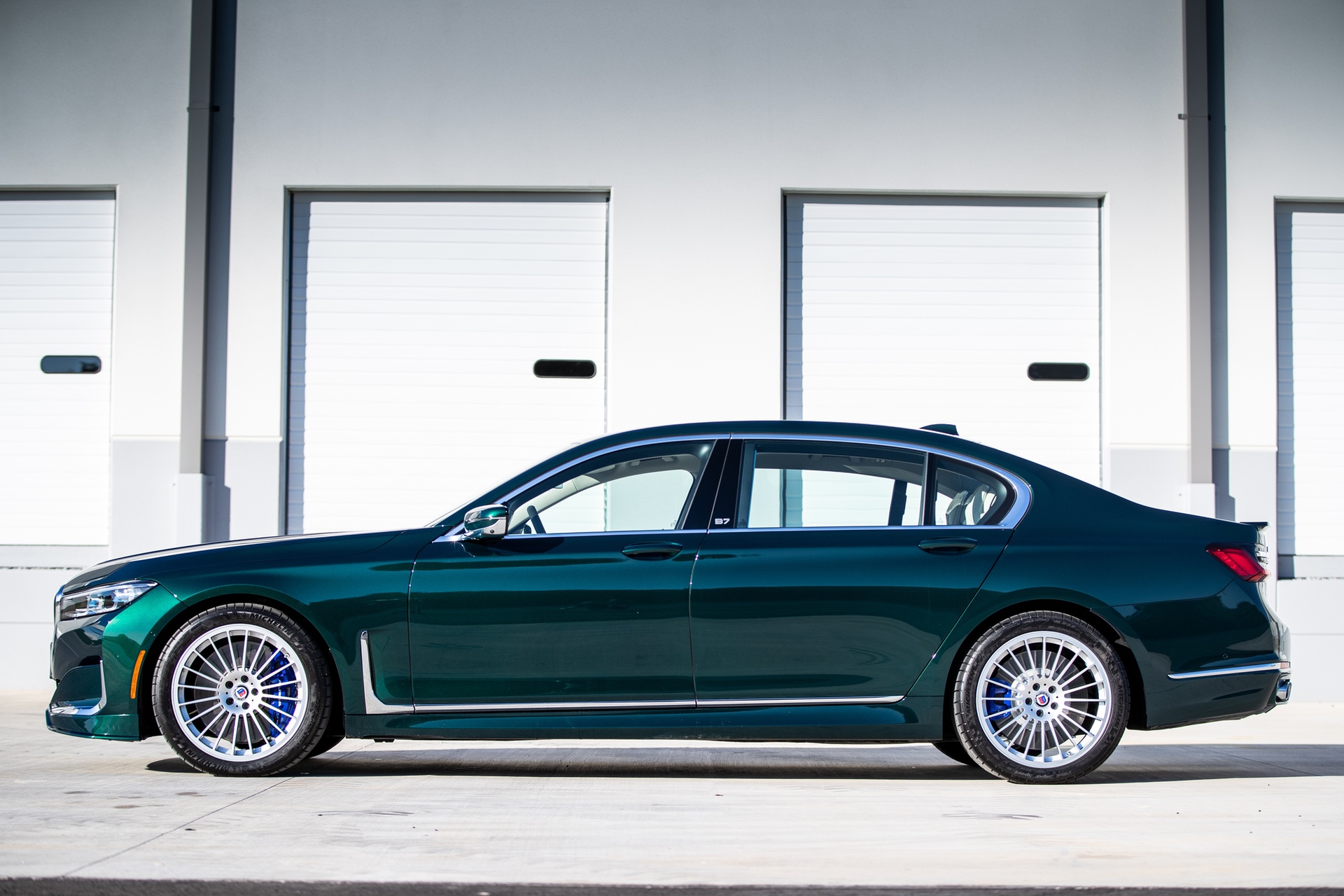 We’ve already seen a few spy photos of the new, facelifted BMW 7 Series and ALPINA B7, the latter being based on the former. So we’re already pretty familiar with how they’re both going to look. Though, this is the first time we’re seeing either of them in motion, in some new spy video that’s surfaced.

In this new video, we see the new ALPINA B7 taking to the famed Nurburgring to do some pre-production testing. The new B7 is obviously based on the new 7 Series, so it gets the same refresh as the BMW. That means it, too, has Kidney Grilles the size of a Tyrannosaur’s nostrils. Though, I want to say that the ALPINA looks a bit better than the regular 7er so far, thanks to its lower front fascia and body kit, which sort of offsets the massive grilles.

Out back, it also looks quite good. The new taillights seem slim and really work well with the look of the quad exhausts underneath them. So it looks low, it looks wide and it looks sporty.

It also seems rather athletic, being able to tuck its nose into corners with surprising agility for such a large car. I previously drove the current ALPINA B7 and was shocked at its athleticism. It’s no M2 of course, but it’s a much better athlete than its size would suggest. It’s graceful in its movements, though. Thin Demarcus Ware of Dancing with the Stars, no Super Bowl-winning, pass-rushing Demarcus Ware.

Under the hood, there’s likely not going to be very many changes, if any at all. This isn’t an entirely new model but a refreshed one. So it will still likely pack the same 4.4 liter twin-turbocharged V8, which has been specifically-tuned by ALPINA to make 600 hp and 590 lb-ft of torque. So it should still be a leather-lined cruise missile.

3 responses to “VIDEO: LCI ALPINA B7 caught testing at the Nurburgring”