The new BMW F90 M5 is the fastest car the Germans ever made, but for some that’s not impressive enough as the new M5 is now bringing a couple of controversial features to the table. For starters, the new car uses what some call just a ‘tuned’ version of the S63 engine used on the previous generation M5, and that’s disappointing in their book. If you took a look at the spec sheet for the new M5 and an older Competition Package M6, for example, you could be confused too, at first.

The video below shows exactly one such comparison but the differences are bigger than they seem at first. The new M5 uses an almost completely revamped version of the original 4.4-liter twin-turbo V8 of the F10 M5 and various M6 models. Yes, the power figure is the same at 600 PS with torque going up by just 50 Nm (32 lb-ft) when comparing the new model with the older Competition Package versions of the M5 and M6, but there is so much more to the new engine than just how much grunt it sends to the wheels. 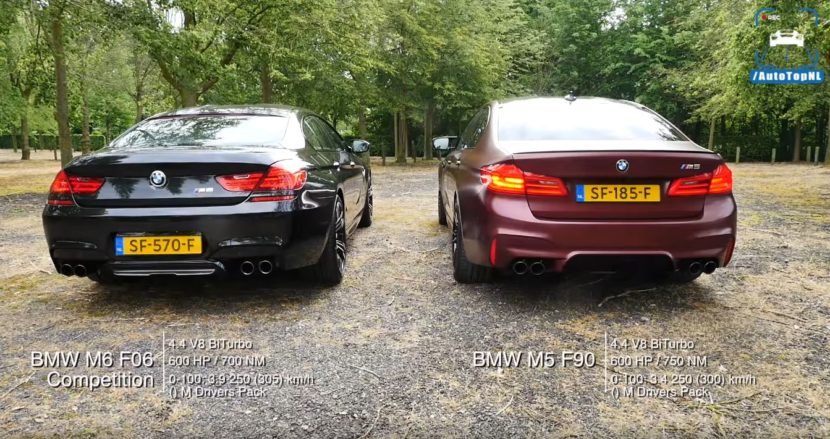 The M engineers have implemented a raft of enhancements to endow the twin-turbo V8 with its phenomenal performance capabilities. These include newly developed turbochargers and a higher maximum injection pressure of 350 bar allowing shorter injection times and improved atomisation of the fuel for sharper engine response, as well as more efficient mixture preparation. Improvements have also been made to the lubrication and cooling systems, including an oil pan with a small front sump and indirect charge air cooling, which is more effective than the predecessor’s equivalents despite taking up less space. The oil supply system uses a fully variable, map-controlled pump and has been designed for outings on the race track, where it can handle very high levels of longitudinal and lateral acceleration. 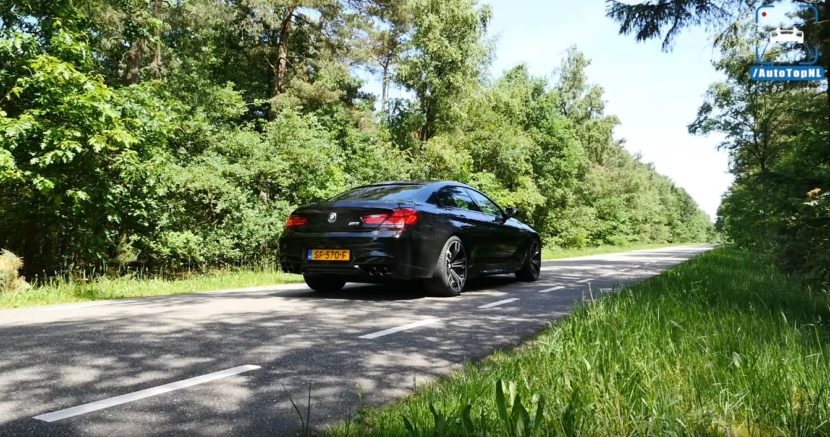 Modifications have likewise been made to the cross-bank exhaust manifolds for the new BMW M5. This has the effect of optimizing the transmission of energy from the exhaust gas flows to the turbine wheels of the two turbochargers and ensuring the best possible gas-exchange cycle. By fitting a Helmholtz resonator between the two silencers of the dual-branch exhaust system, the M engineers have succeeded in reducing its weight.

And those are only the differences brought along by the new engine. But then again the biggest change here is the new all-wheel drive system which allows the car to put the power down considerably more efficient and therefore transforms the new M5 in a proper land rocket, with no drama whatsoever, as you’re about to see in the video below.