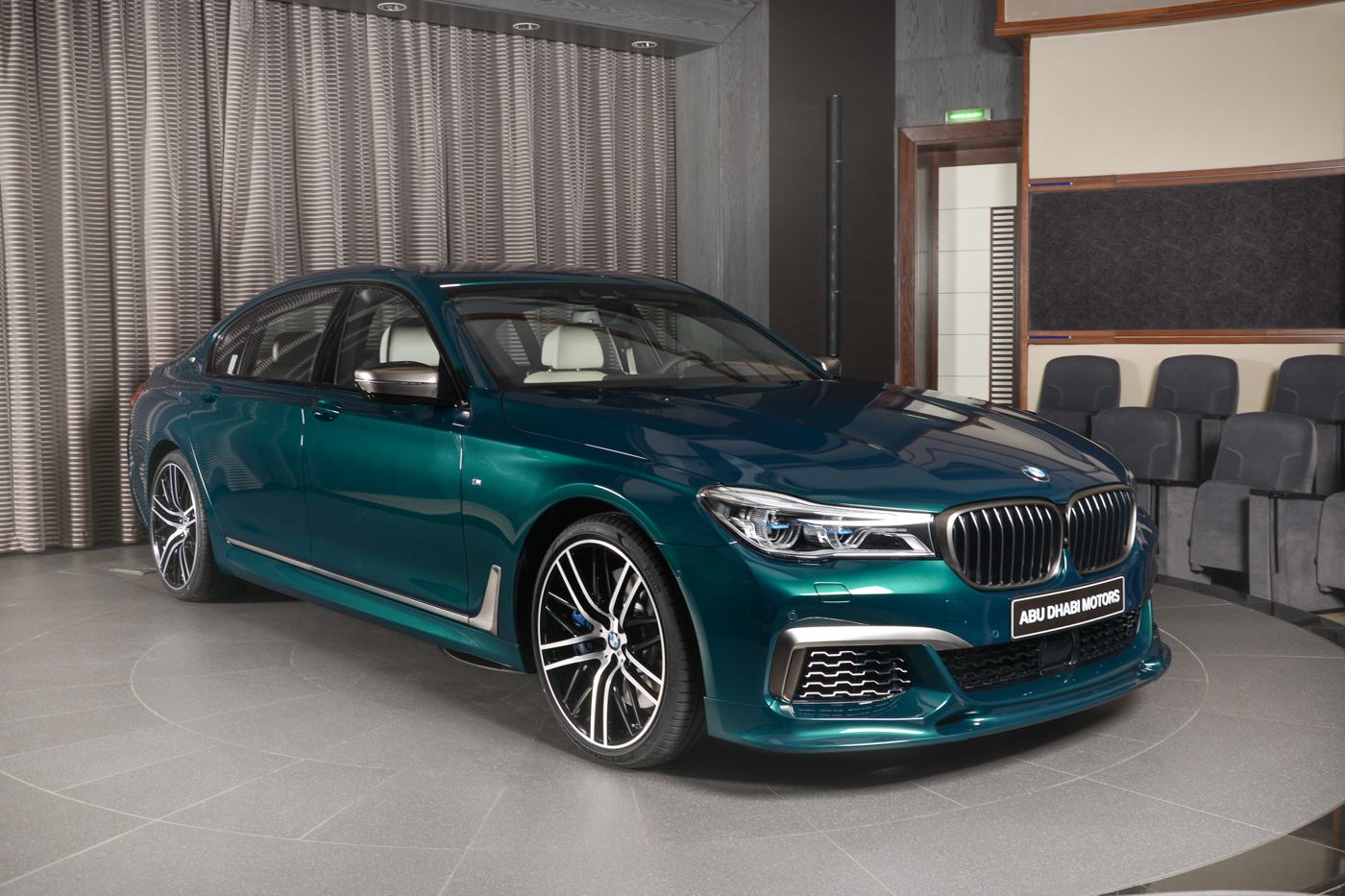 The BMW M760Li xDrive was introduced initially in matte paint finishes, to emphasize its stealth character, hiding the vast amounts of power residing under the hood. It was a good approach but with all the media focused on the car, the matte finish might have started to bore some people and even potential customers. Since the BMW Individual catalogue allows you to browse through countless options for your brand new car, some have gone in totally different directions, like the Boston Green model at hand here.

Boston Green isn’t a particularly well-known shade of green, like British Racing Green, for example. However, it does bare some similarities with the aforementioned world-famous color, and it does look good on the curves of the BMW M760Li, to be honest. This particular owner decided that the interior should be Opal White and come with a side dish of wood trims on the dash. And while white goes with basically any exterior color, the wood trims on the dash are quite an interesting choice since it’s not common to see that in recent BMWs. 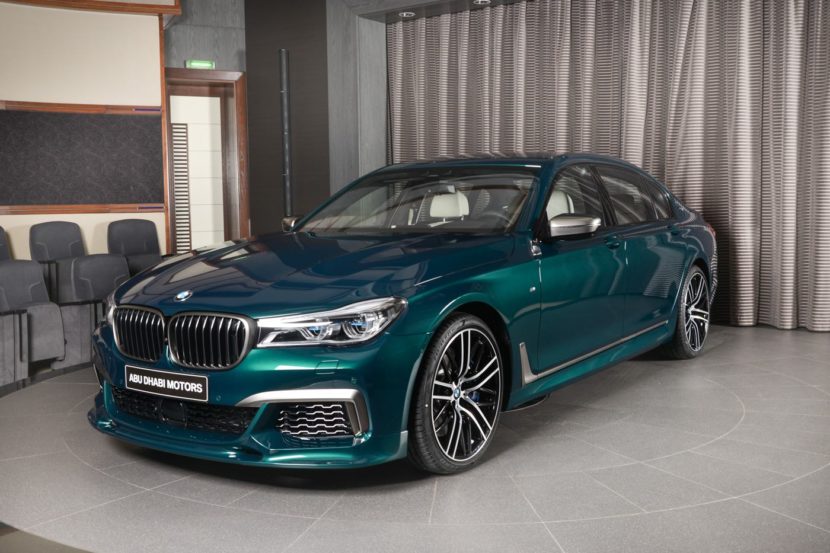 Nevertheless, in typical Abu Dhabi fashion, the car was decked with a couple of well picked out upgrades as soon as it arrived in the Middle East. Since this is an M Performance model, M Performance wheels were added to the mix, the 21″ 650 M Bi-Color wheel set to be more precise, in case you want a set for your own ride. Then a 3D Design body kit was applied to all the essential areas of the car, from the front bumper to the rear one.

To top everything off, an Alpina spoiler was thrown in for good measure, from the iconic B7 Biturbo model. Since everyone’s comparing the M760Li to the B7 anyway, why not mix the two to get the best of both worlds? All jokes aside, the resulting car is one stunning machine which will dazzle you with its V12 smoothness and eye-watering speed. 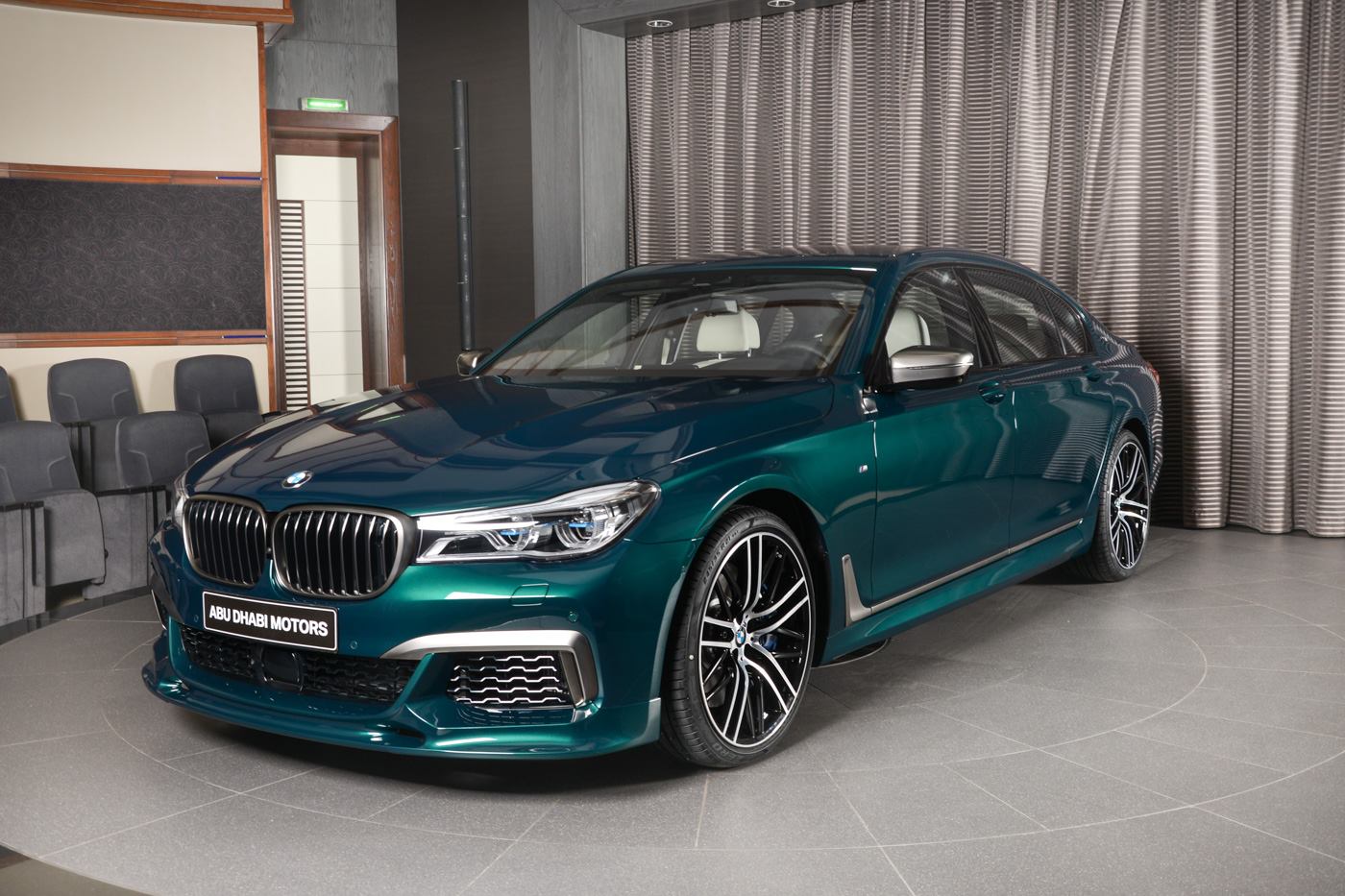 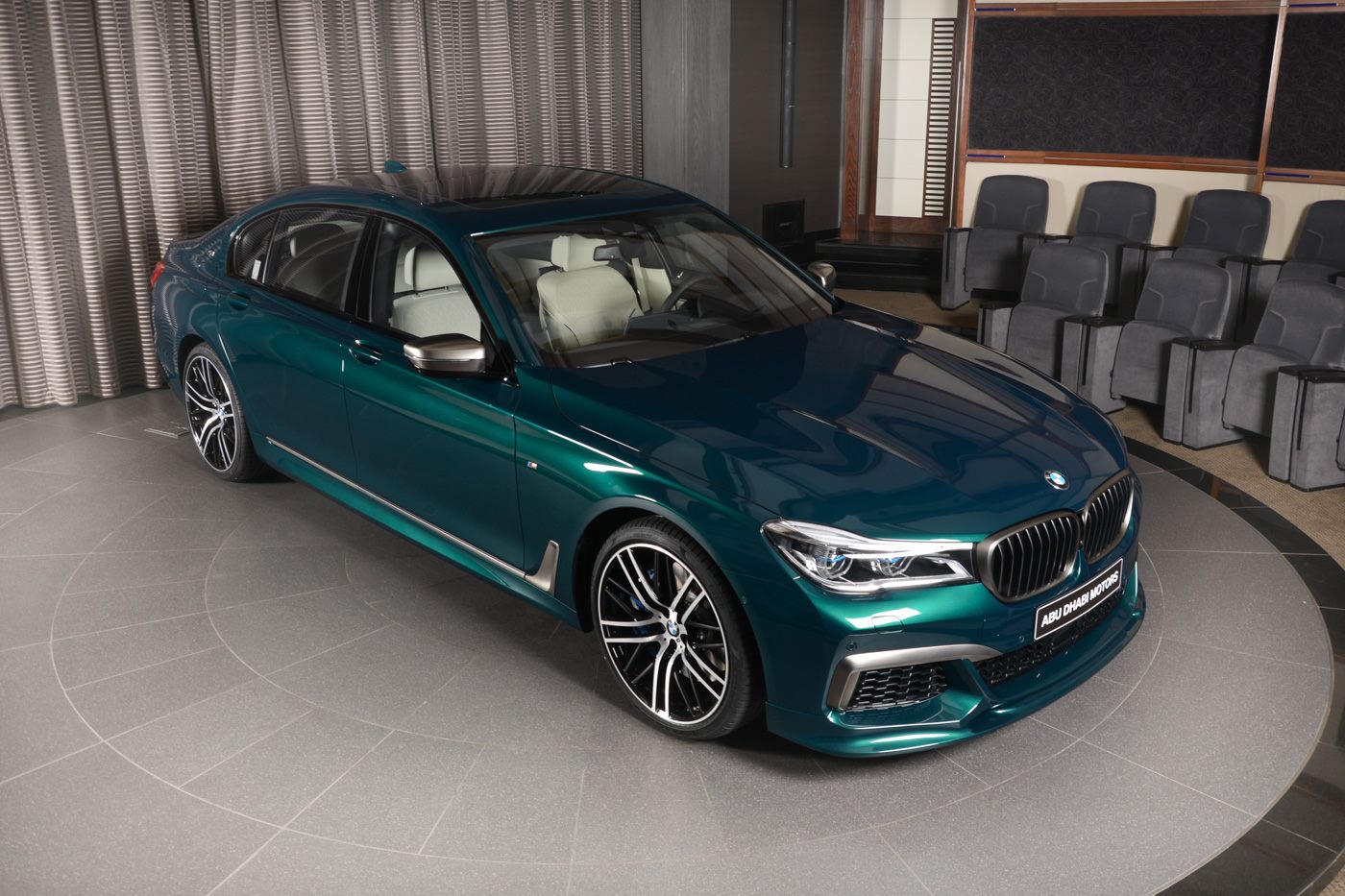 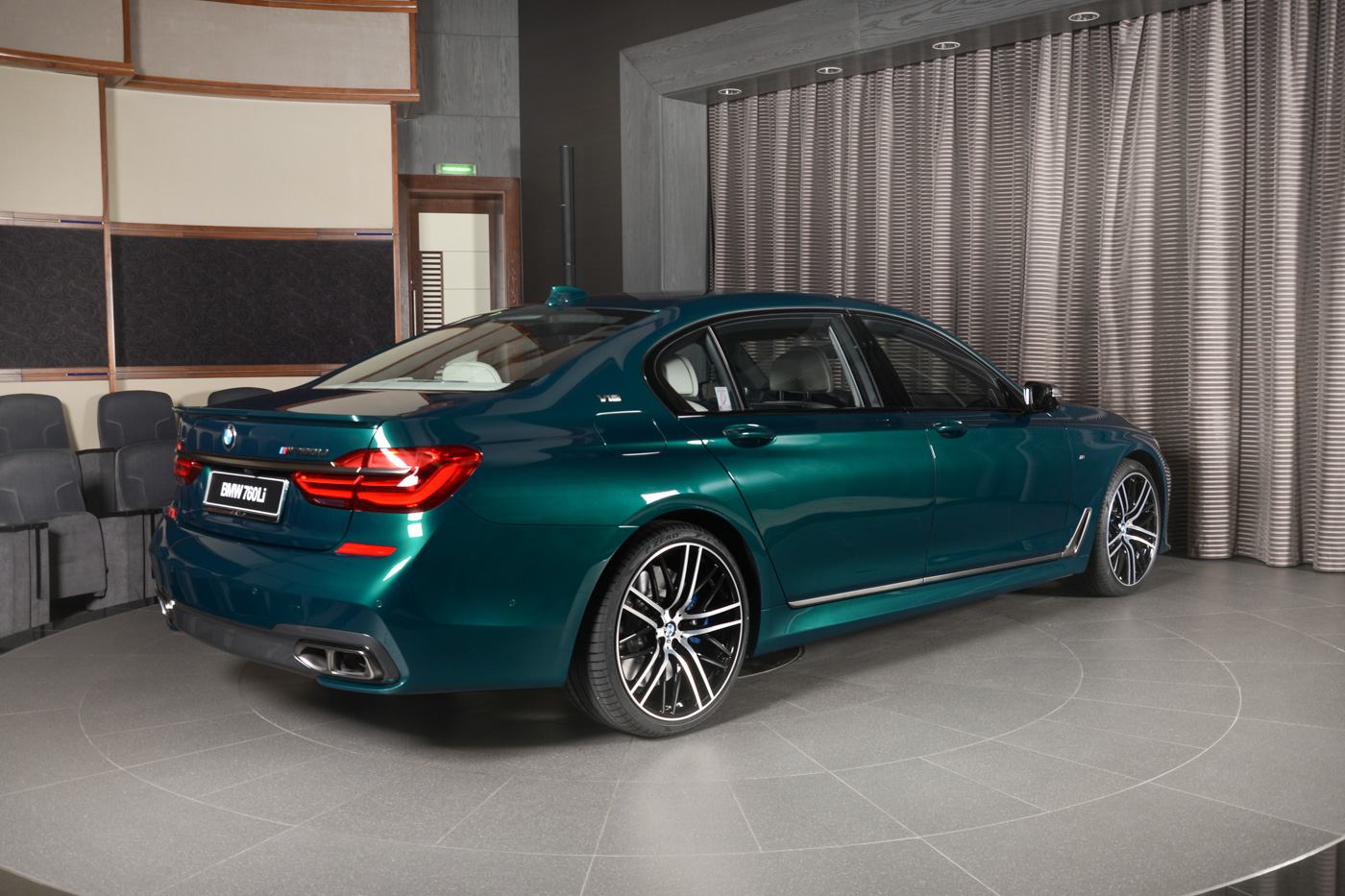 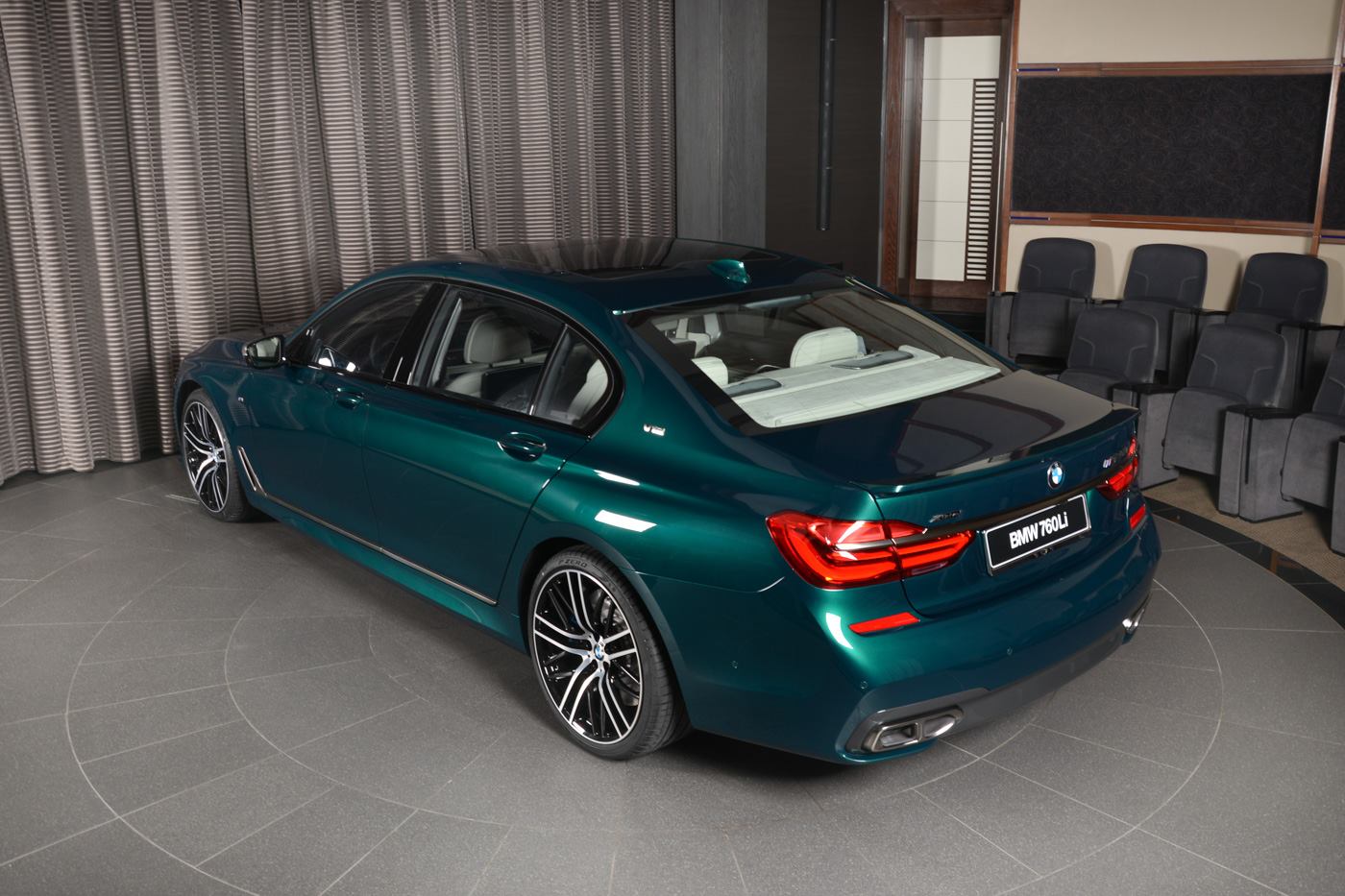 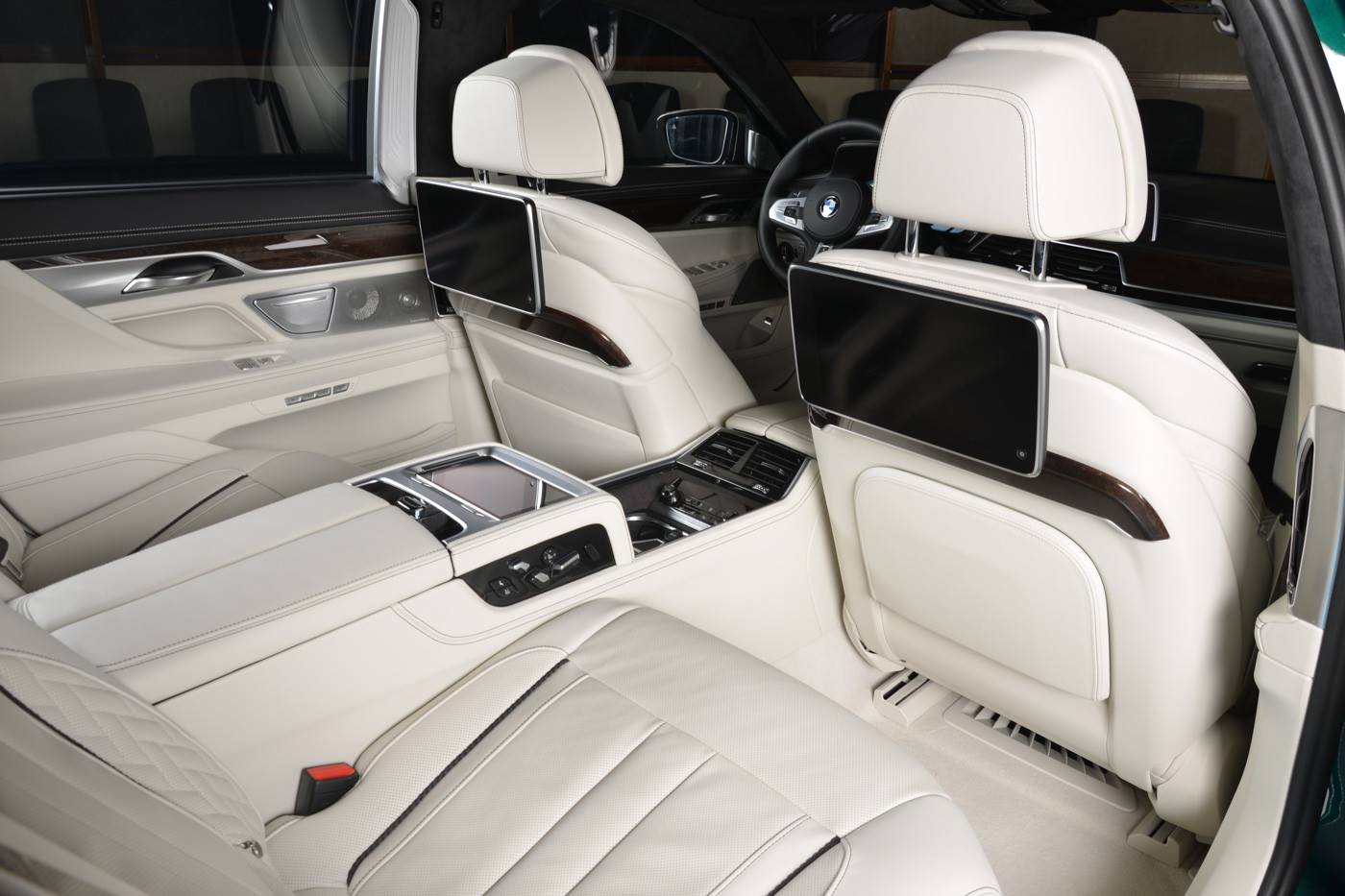 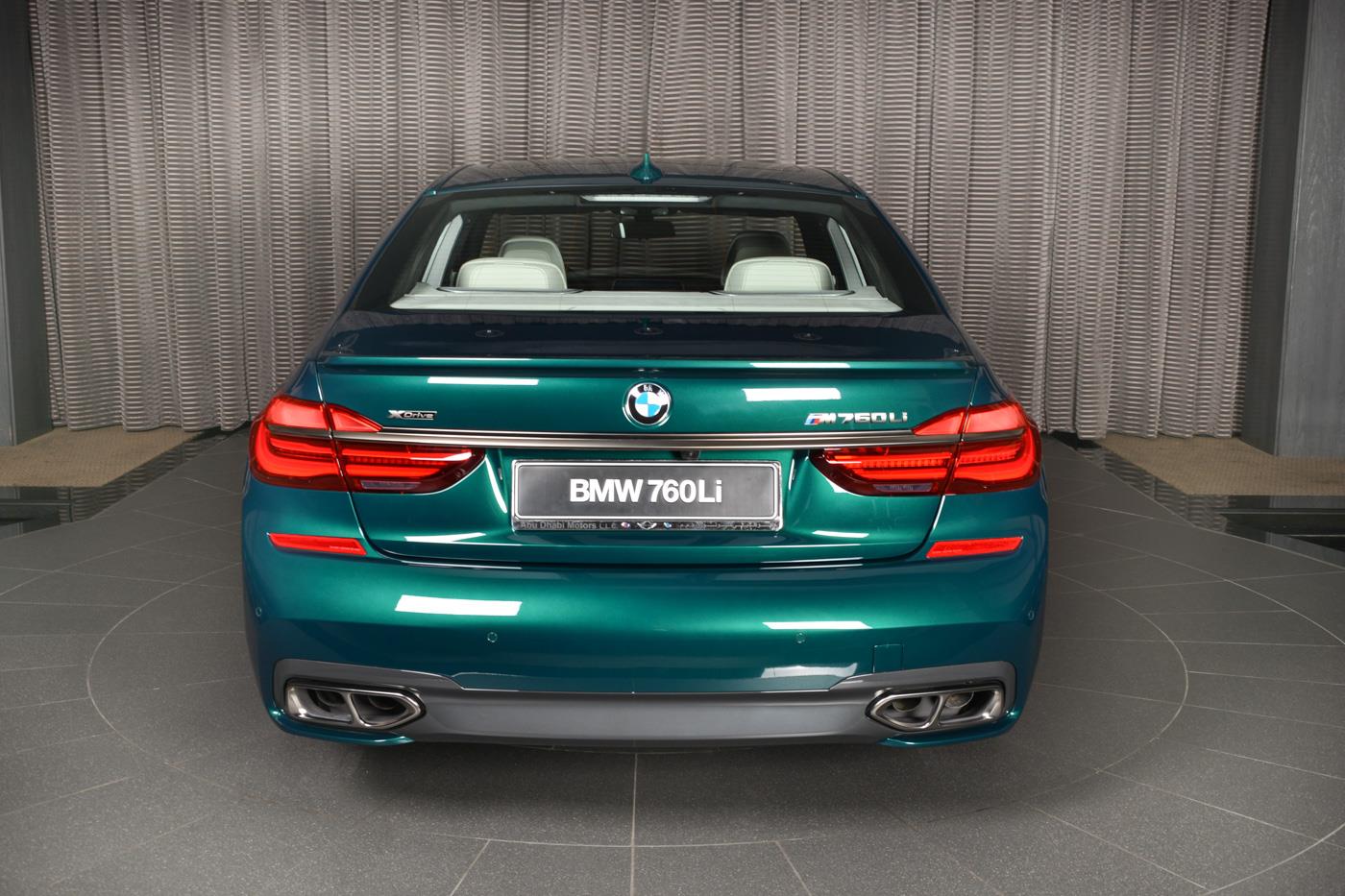 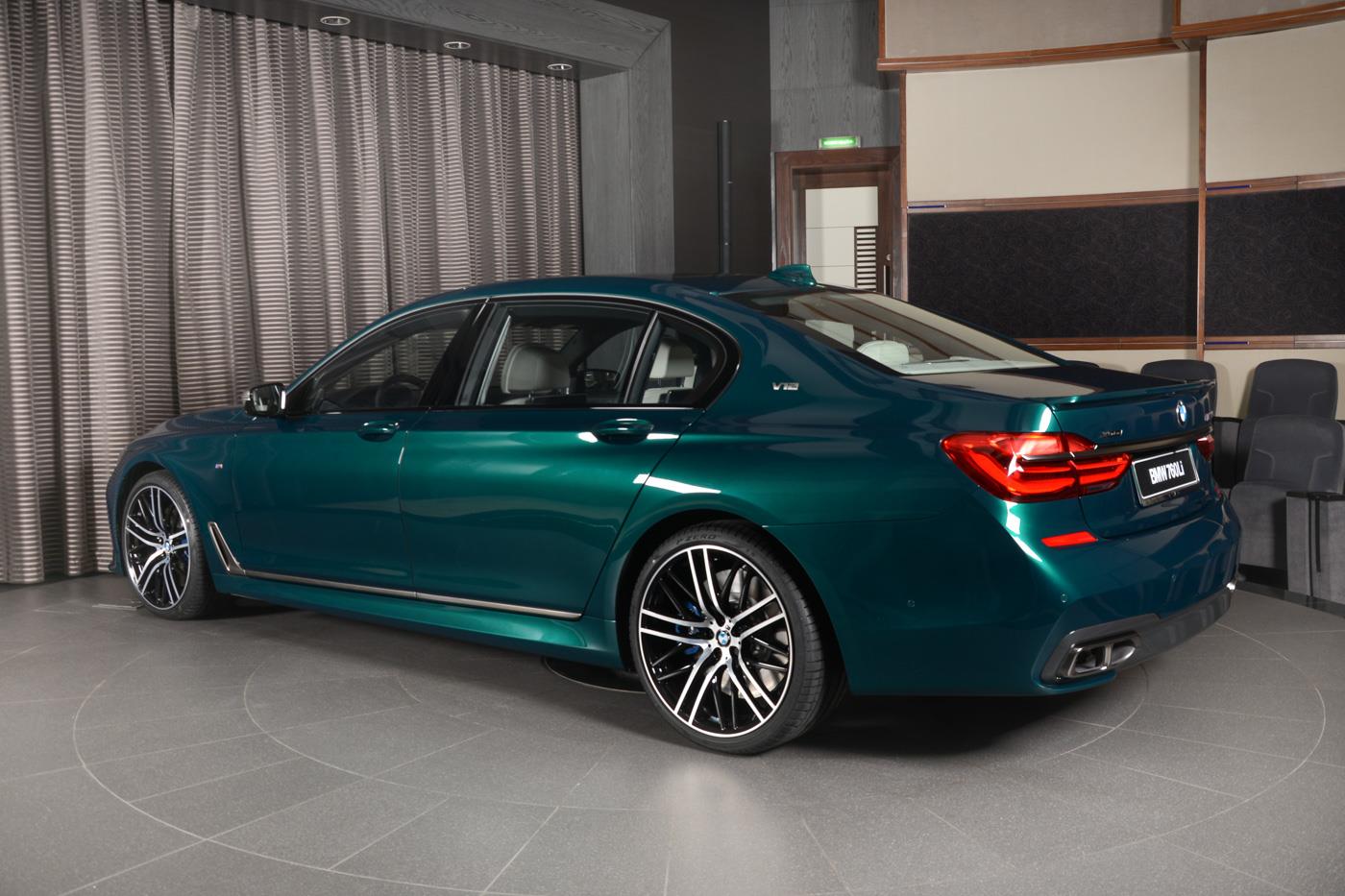 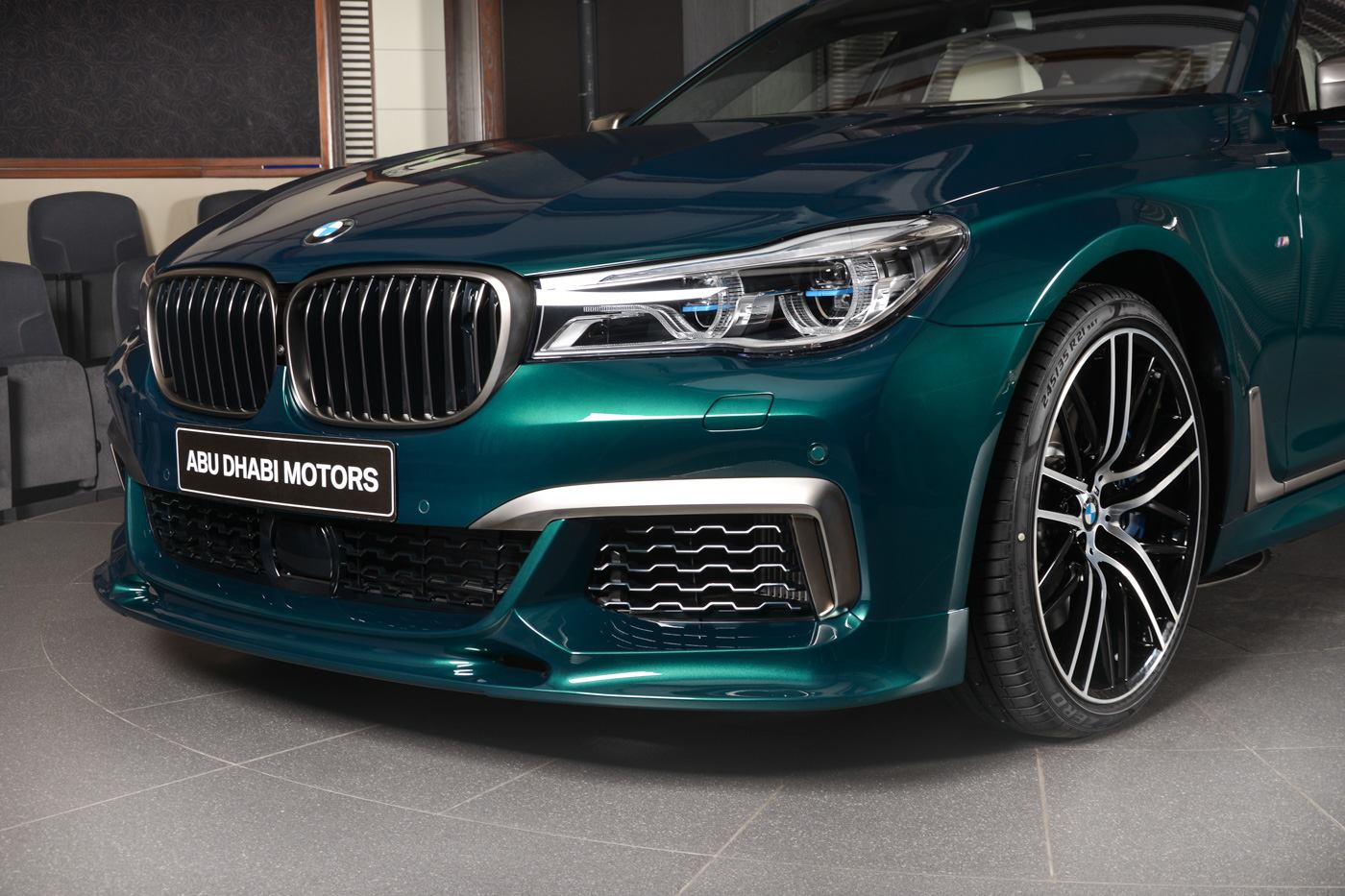 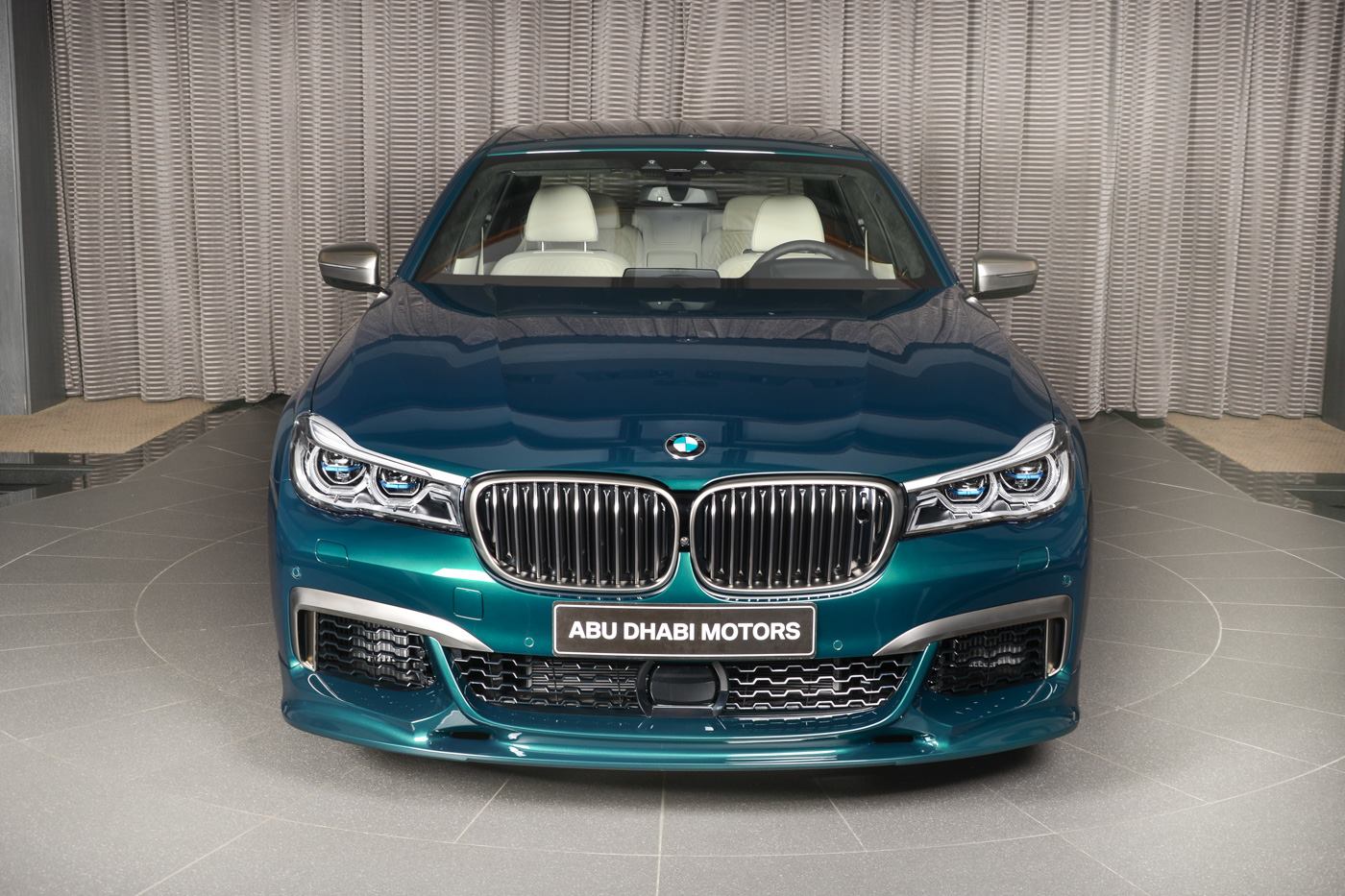 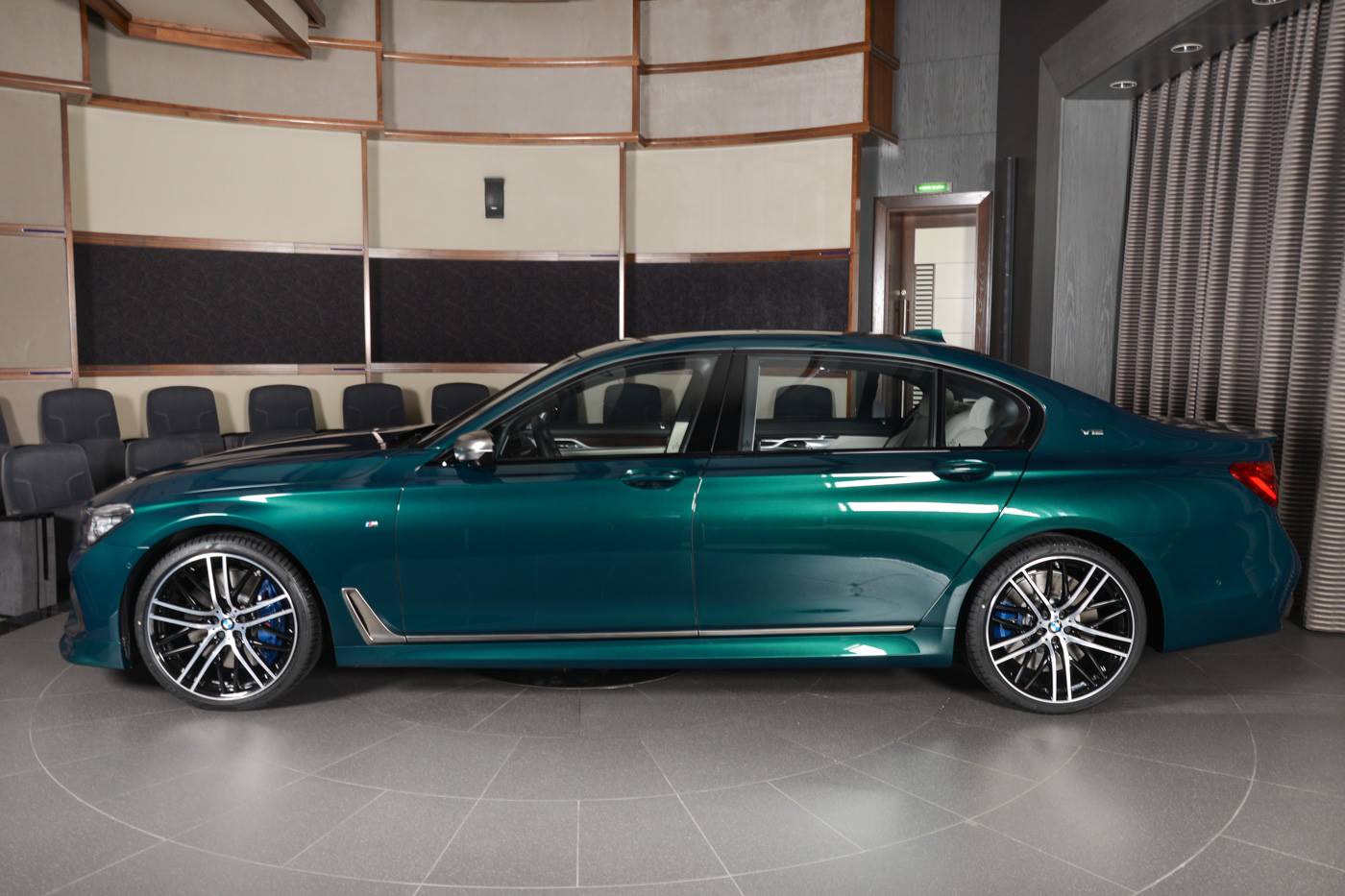