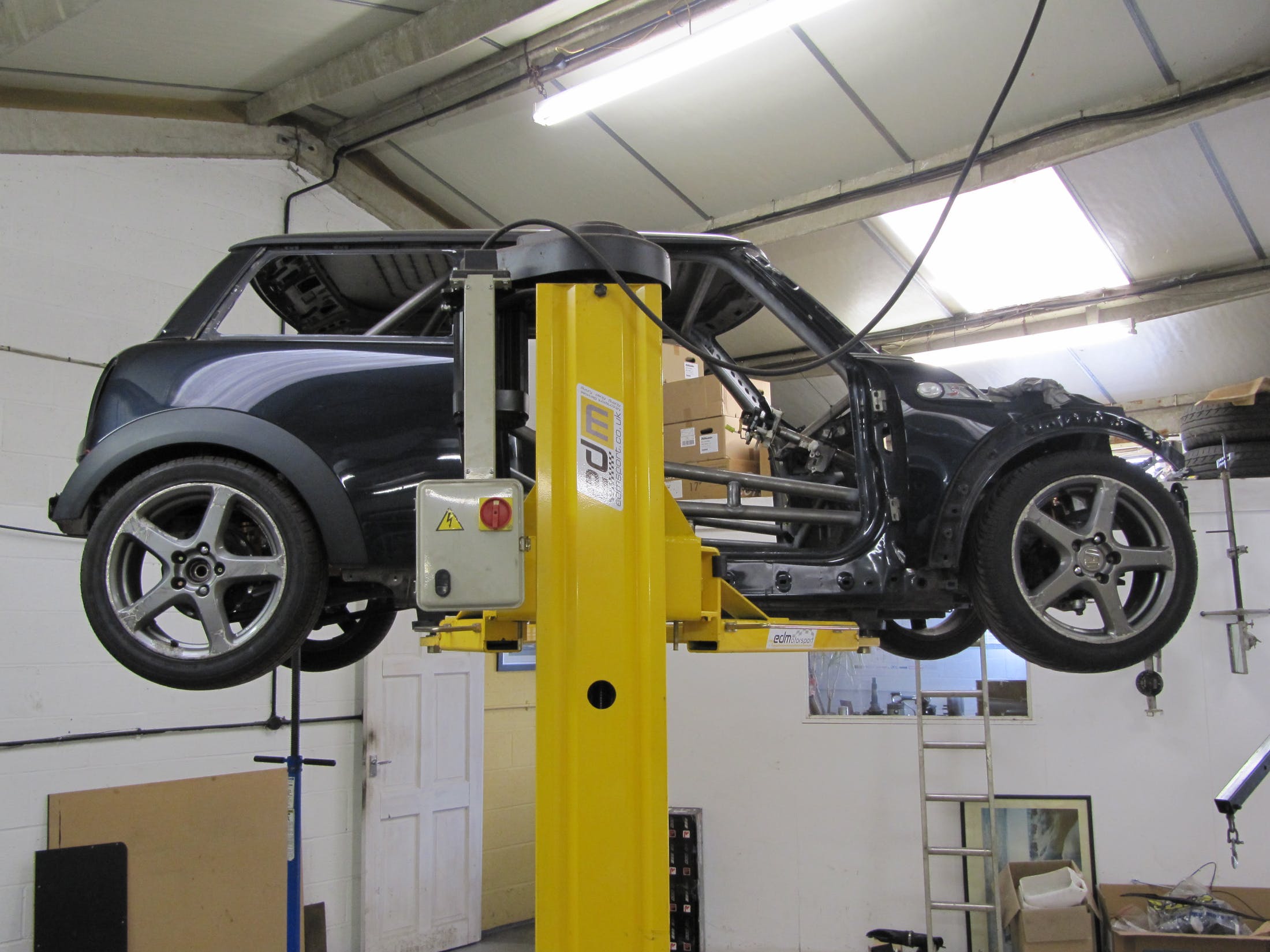 MINIs are always great cars to stuff bigger engines in. They’re small and fun to drive to begin with but a bit down on power. To stuffing a bigger engine, with a lot more power, into a MINI instantly makes it a riot. However, there’s a limit to what sort of engine you can fit in a MINI, as they are quite small and front-wheel drive. So too much power will just create a ton of torque steer and understeer. But what if you stuffed a massive E92 BMW M3 V8 under the hood and then converted it to rear-wheel drive?

That’s exactly what Powerflex Bushings’ David Power and EDM Racing recently did with an R56-generation MINI Cooper. The idea was originally to just stuff a bigger engine in and convert it to rear-wheel drive. Which engine was still up in the air. However, after Power drove an E92 M3, that’s the engine he decided he wanted. Which is sort of fitting, considering that MINI is owned by BMW. 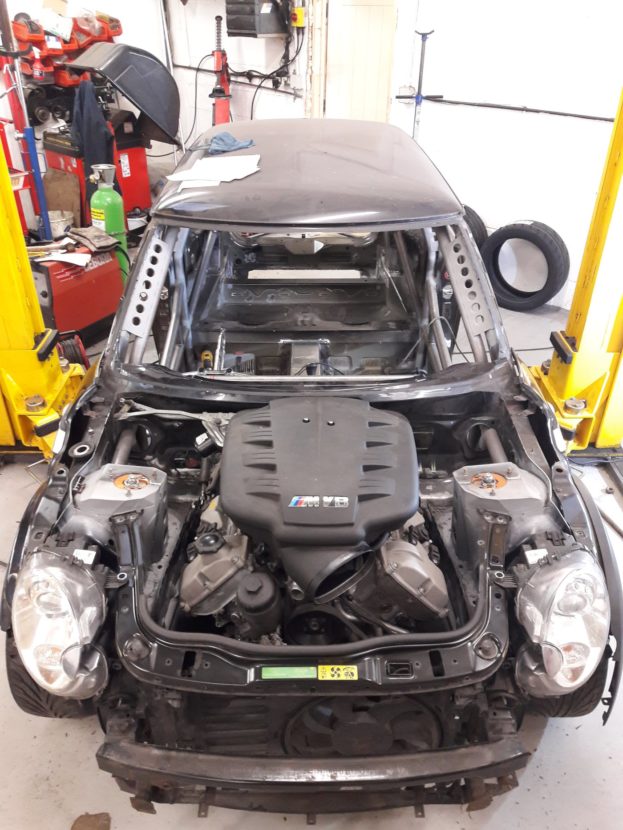 The engine in question is a 4.0 liter naturally-aspirated V8 that makes 414 hp, quite a lot more than the standard R56 MINI. But a 4.0 liter engine isn’t exactly small and the front end of a MINI is quite small. So how does it fit? Surprisingly well, actually. Sure, you can’t easily access the last two cylinders, but you really can’t in most BMW I6s, either. Managing the power of the M3 V8 is the same seven-speed dual-clutch gearbox that you’d find in the E92 M3. However, quite a bit of work was needed to make it fit. It also got a custom designed propshaft and differential.

But the best part about this build is that Power wants to keep it relatively stock-looking. So, at first glance, it will look like a standard MINI Cooper, right up until the moment it roasts its rear tires, making a motorsport-born V8 noise.