Sometimes, ya just can’t beat brute force. Drag races can often be decided by a lot of different factors. Sometimes, a really good launch can help a less powerful car win a drag race. Sometimes, a car’s lighter weigh allows it to jump ahead of more powerful cars. But sometimes, sheer, raw, muscle wins drag races. As is the case with this drag race video from Carwow, where the BMW M760Li flat-out smokes a BMW M3 Competition Package.

The latter car is a good car. We’ve spent a lot of time in the M3 Competition Package and have never once thought, “ya know, it just needs more power”. It’s plenty quick, especially off the line, getting from 0-60 mph in about 3.9 seconds. However, its 444 hp 3.0 liter twin-turbo I6 is simply no match for the weapons-grade 6.6 liter twin-turbo V12. 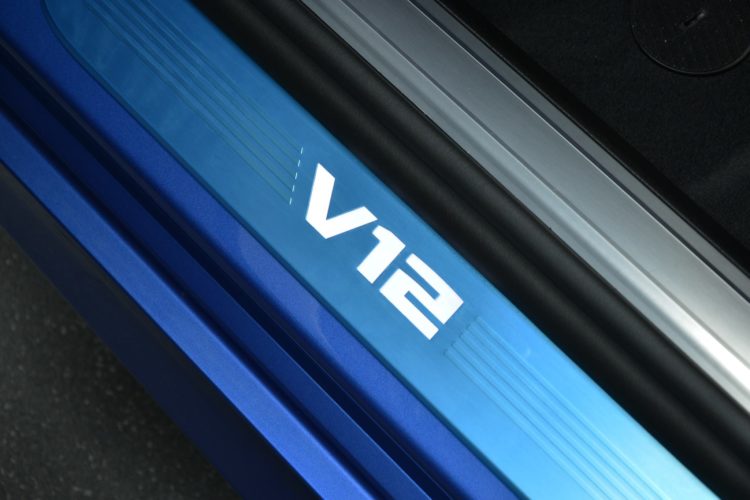 That monstrous V12 makes 601 hp and 590 lb-ft of torque, making it the most powerful BMW on the market. It also allows the mammoth 7 Series to get from 0-60 mph in 3.7 seconds, which is quicker than the M3 by just a bit. However, it looks a lot faster than that in this drag race video.

Off the line, it’s not even close. The BMW M760Li’s 590 lb-ft and xDrive all-wheel drive allow it to fire off the line with the velocity of a Saturn V rocket. It takes a quick lead and never gives it up. The BMW M760Li hits the quarter-mile mark in 11.3 seconds while the M3 takes 12.3. After that, they do a rolling drag race, to see if maybe taking away the M760Li’s xDrive advantage will provide different results. Nope. It still wins.

It just goes to show that the BMW M760Li is one of the most brutally quick BMWs on the market. Until the BMW M5 comes out, which will then embarrass the M760Li, without being much less luxurious.