BMW just announced that its most expensive and luxurious models will be part of a new luxury division going forward. The new cars will be set apart from the rest of the range through usage of a new logo, among other things, and owners will get a different experience overall, being invited to special events that would fit their lifestyle. The upcoming BMW X7 will be part of this group alongside the BMW 7 Series, 8 Series and BMW i8 including the Roadster.

The X7 is definitely on everyone’s mind today as the Concept preceding the production model has just been unveiled. Looking as luxurious and spacious as a BMW SUV should be, the new car was presented as an iPerformance model which hints at a couple of next-level powertrain choices that are bound to be offered. Some say that even fuel-cell tech could be offered later down the line. 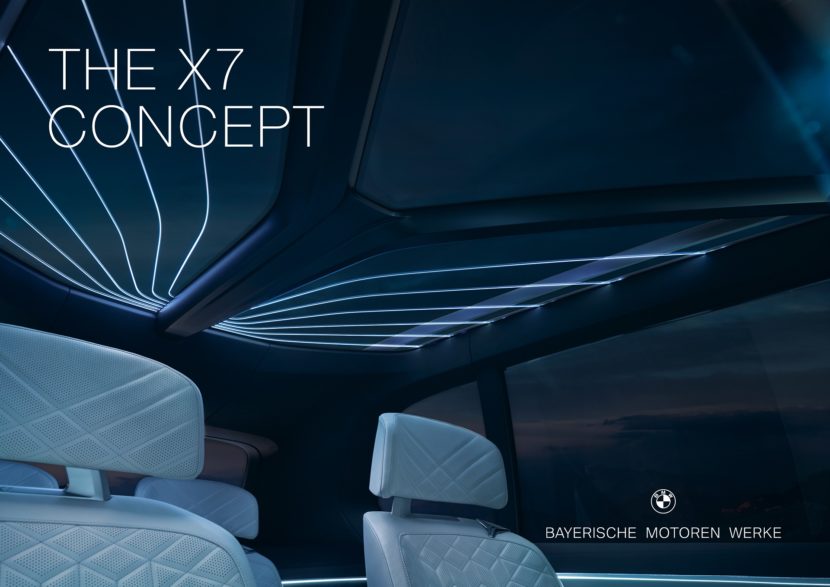 The Germans put together a few short clips showcasing the car in all its glory. What strikes us the most is the interior and the instrument cluster which does seem to resemble the on shown on both the 8 Series and Z4 Concepts before it. That could suggest that this is the direction in which future cars are moving, with a new instrument cluster that’s both innovative and offers more info in the same display area.

Since the new X5 is also going to be revealed in the near future, at least in concept guise, we might see some of the tech used on the X7 dripping down into the smaller X SUV as well and then on the new X6 too. While at the moment it seems clear that all other SUVs in BMW’s range won’t be getting the same kind of luxury inside, that doesn’t automatically entail that the technology won’t be there and we’re hoping the new design will come as close as possible to what the concept is showing, at least inside the cabin.