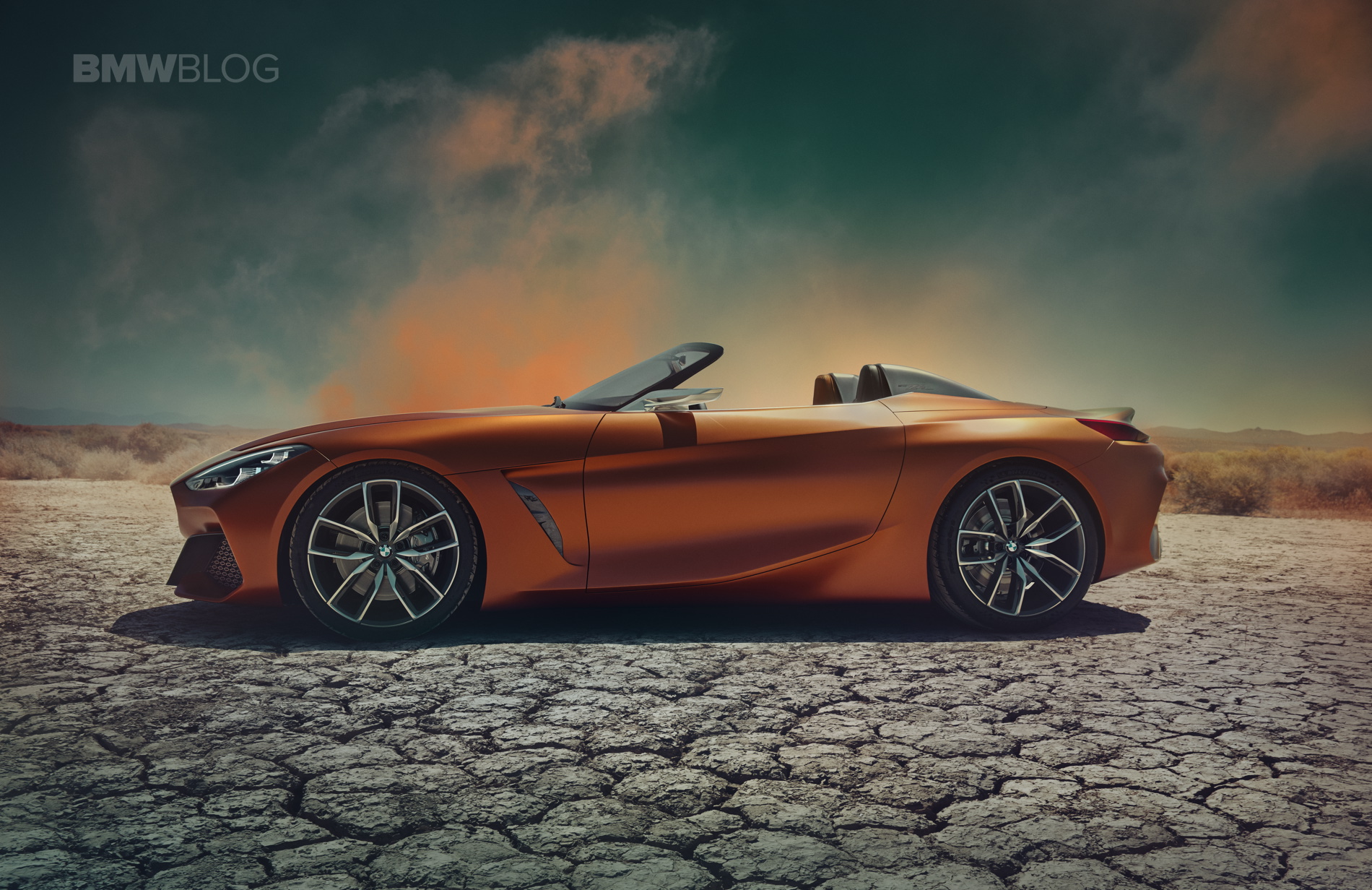 Earlier today, BMW unveiled the Z4 Concept, the precursor of the two-seater roadster. BMW sources say the Concept Z4 is fairly close to the upcoming production car, which is slated to launch as a 2019 model by this time next year. The concept shows the typical BMW roadster design cues, aggressive lines and a simple, driver-oriented cabin. All of which make it the classic BMW roadster, just with a more modern twist.

“The BMW Concept Z4 expresses the new BMW design language from all perspectives and in all details. From the dynamic looking front to the striking flanks to the clean-cut tail end: a few lines and the subtle interplay between surfaces are enough to generate a sense of power and emotion,” says Adrian van Hooydonk, Senior Vice President BMW Group Design.

The classic elements are there. A short rear deck, long hood, compact size and short overhangs. It’s all there to remind you that this is an old-school sports car. But its aggressive flanks, massive air intakes and nostrils show that this is a modern, real-deal sports car. According to the Bavarians, a lot of this concept’s design was inspired by older cars, such as the original Mille Miglia-winning roadster, the BMW 328.

Inside, the classic sports car with a modern twist theme carries on. The three-spoke steering wheel is simple and elegant, yet futuristic and modern. Aside from those massive red paddle shifters add some flamboyance but this is a simple cockpit, overall. While this is a very concept-y cabin, it does have a lot of modern BMW elements that could make it to production. 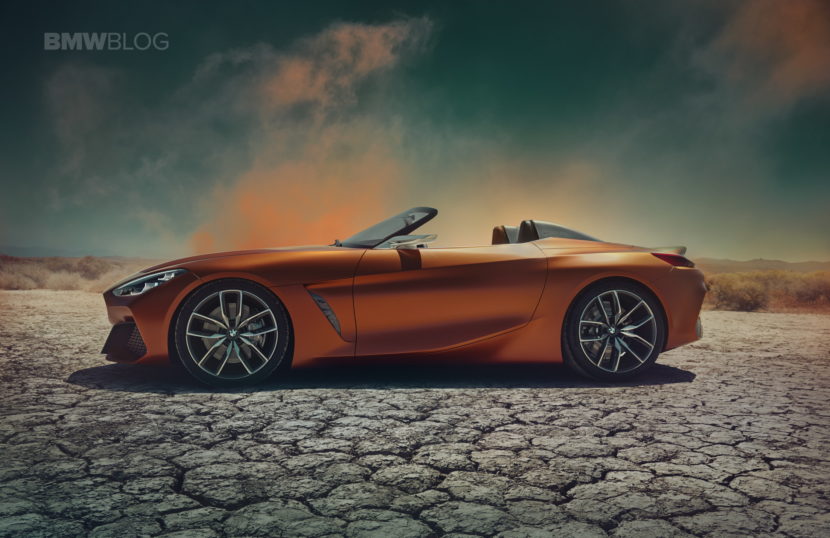 Here is a video showing the new Concept Z4: