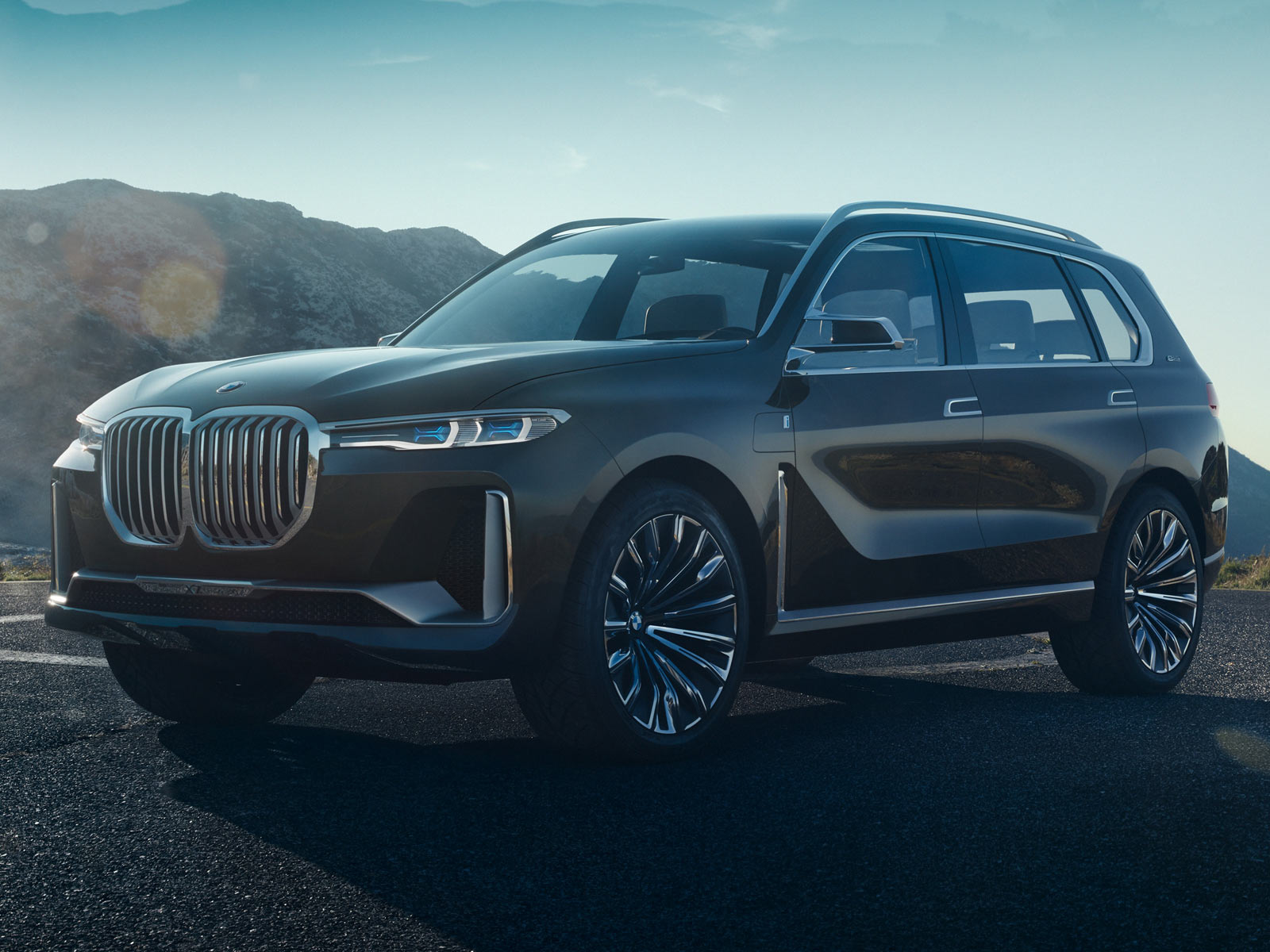 The upcoming BMW Concept X7 has just been leaked on the Internet! As expected, the BMW X7 stands out with a bold design which includes massive front grilles and air intakes, and lots of chrome all around. In the back, we can see flush-mounted door handles and an electric charging port on the front fender which indicates a plug-in hybrid model.
The topic of the vertical aerodynamic elements is also picked up at the rear, here again we see two striking air outlets in the outer area of ​​the apron. Rounding out the styling features are a ventilated rear bumper and slender taillights.

At the front, the Concept X7 also gets a set of laser headlights, in the now typical slim design. On top, BMW designers gave the X7 an attractive panoramic glass roof. 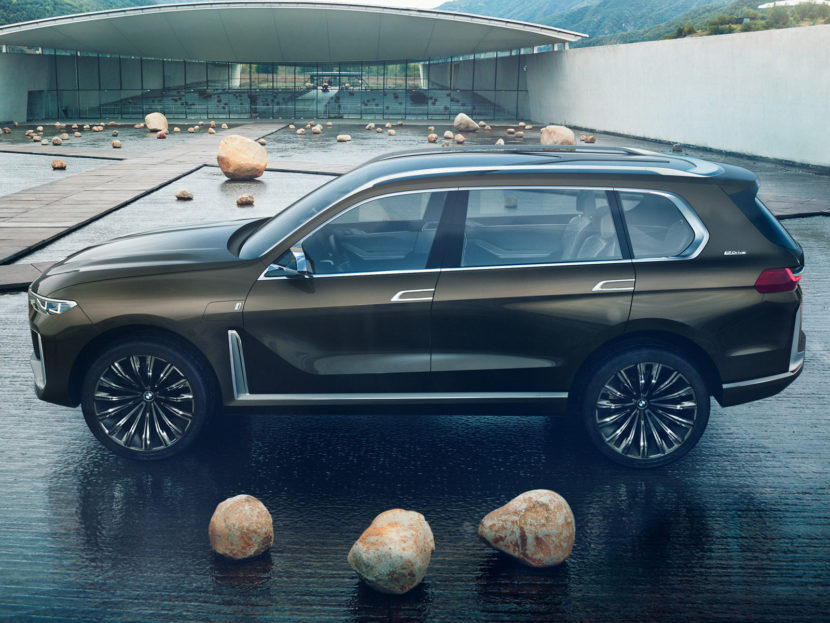 On the side, the X7 also gets a massive hockey stick, also made of chrome, while the large wheels round off the imposing stance of the first true seven seater BMW.

The cabin is exactly what we’ve expected – high-tech and extremely luxurious, even though this is just a concept and the production version might see a tone down version of this. The images point to a clean design, with digital display behind the wheel and the floating LCD now sitting closer to the steering wheel. The center console also reminds us of the Concept 8 Series, while the rear seats show the extra legroom and space afforded by the large wheelbase.

The driver-oriented dashboard and the sophisticated steering wheel are both sporty and high-quality at the same time. 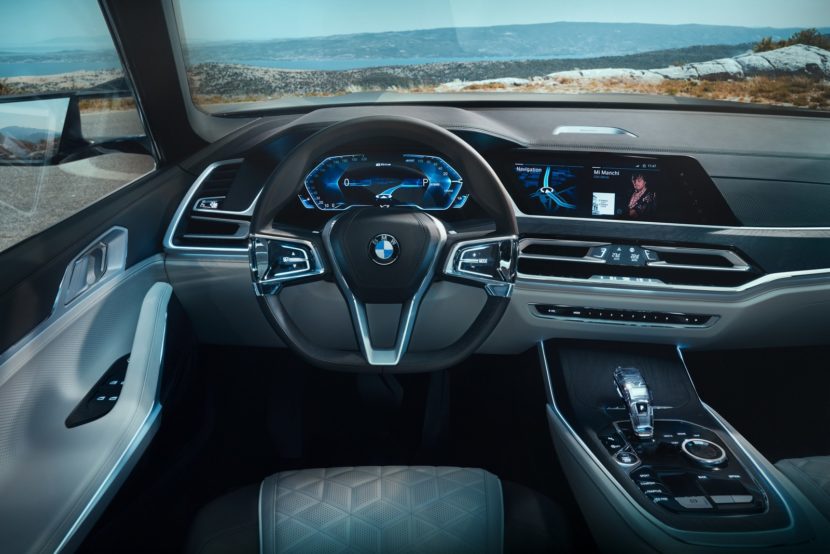 The concept also has two-tone leather seats, wood trim, and bright accents, and plenty of ambient light for those long trips. Two large LCD screens are also part of the rear cabin, pointing to a high-tech entertainment system which will glamour the X7’s occupants.

With the first images being leaked, we can tell you that the full details on the X7 are nearly here, so stay tuned this week. 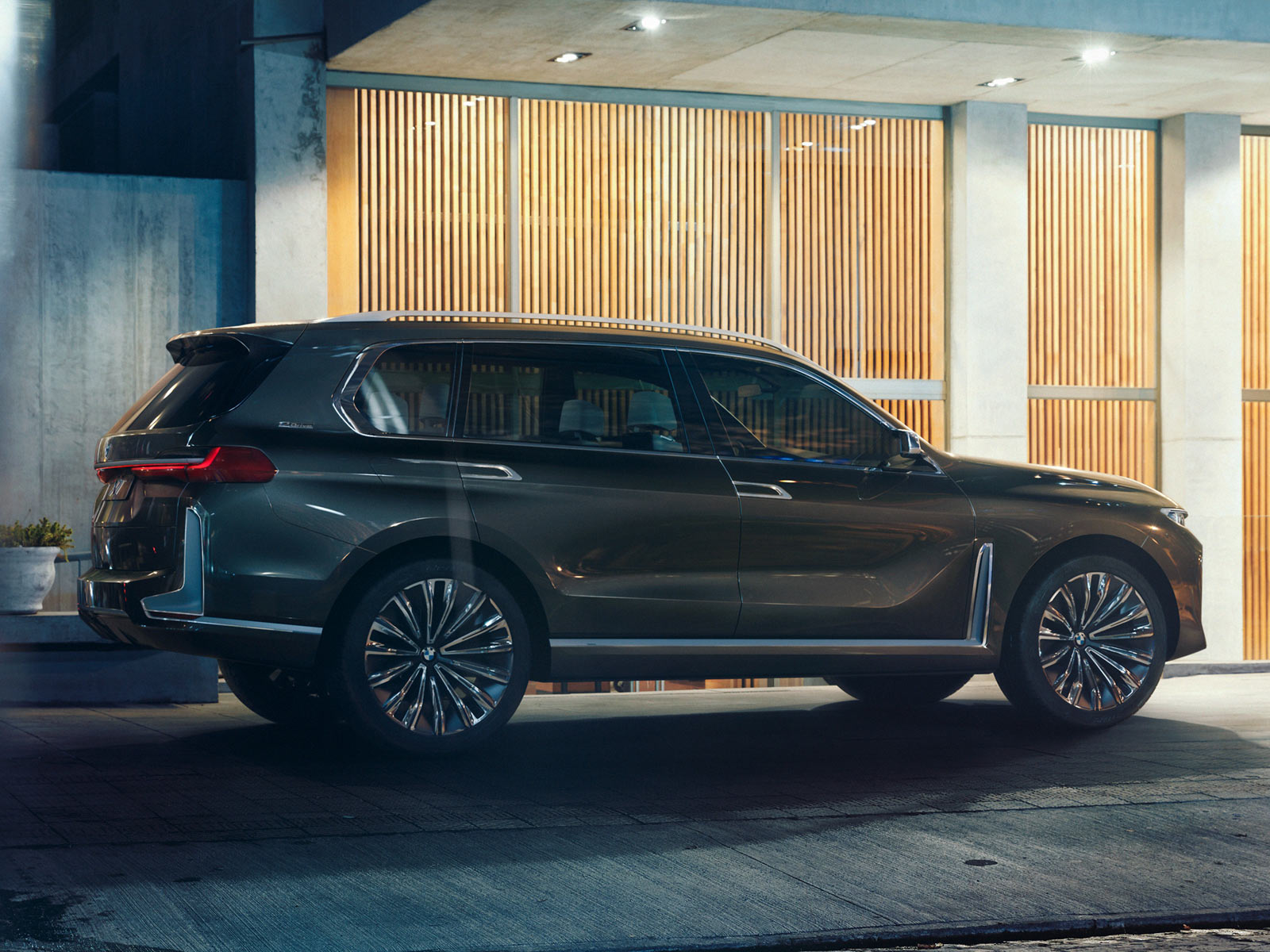 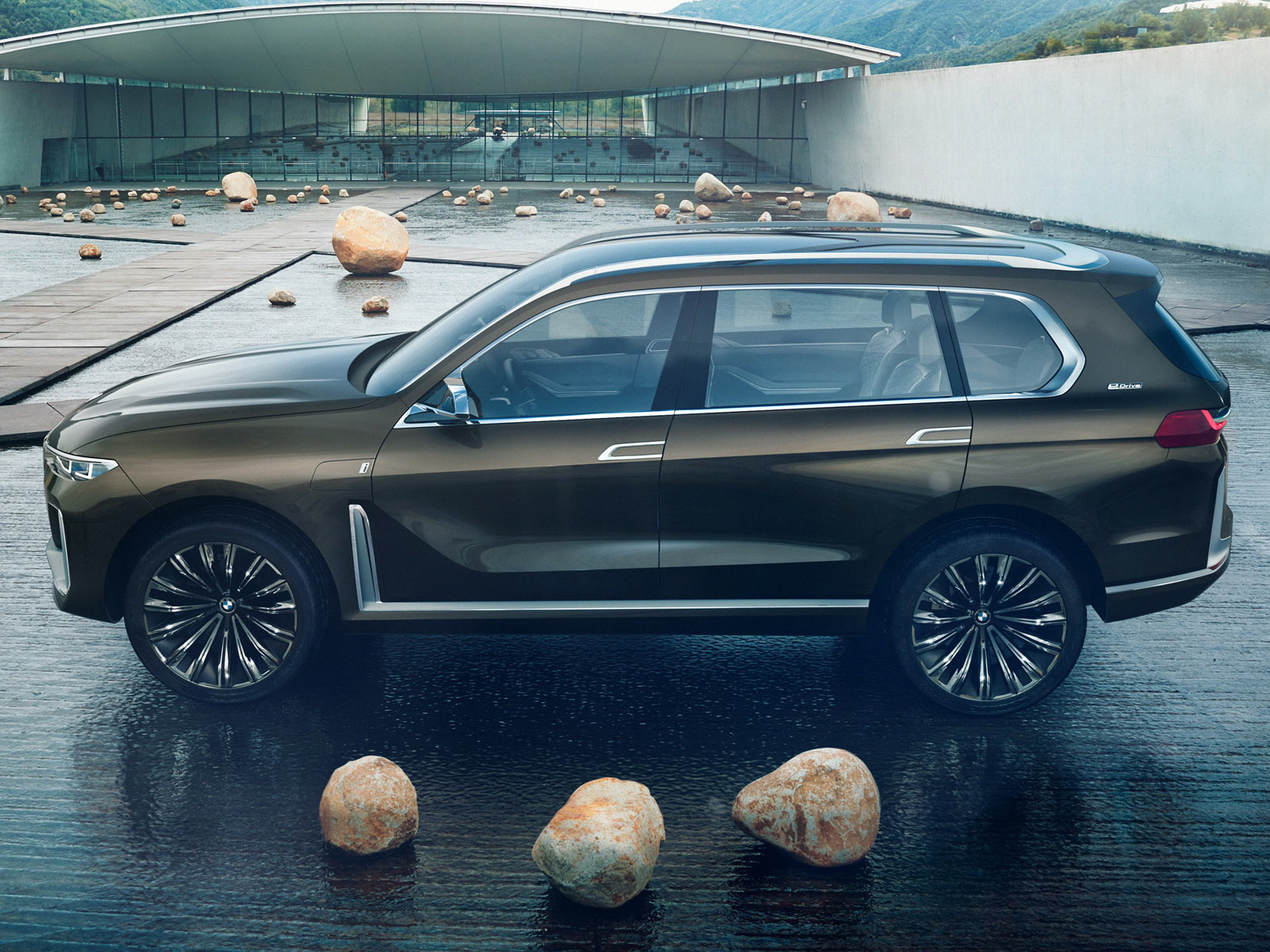 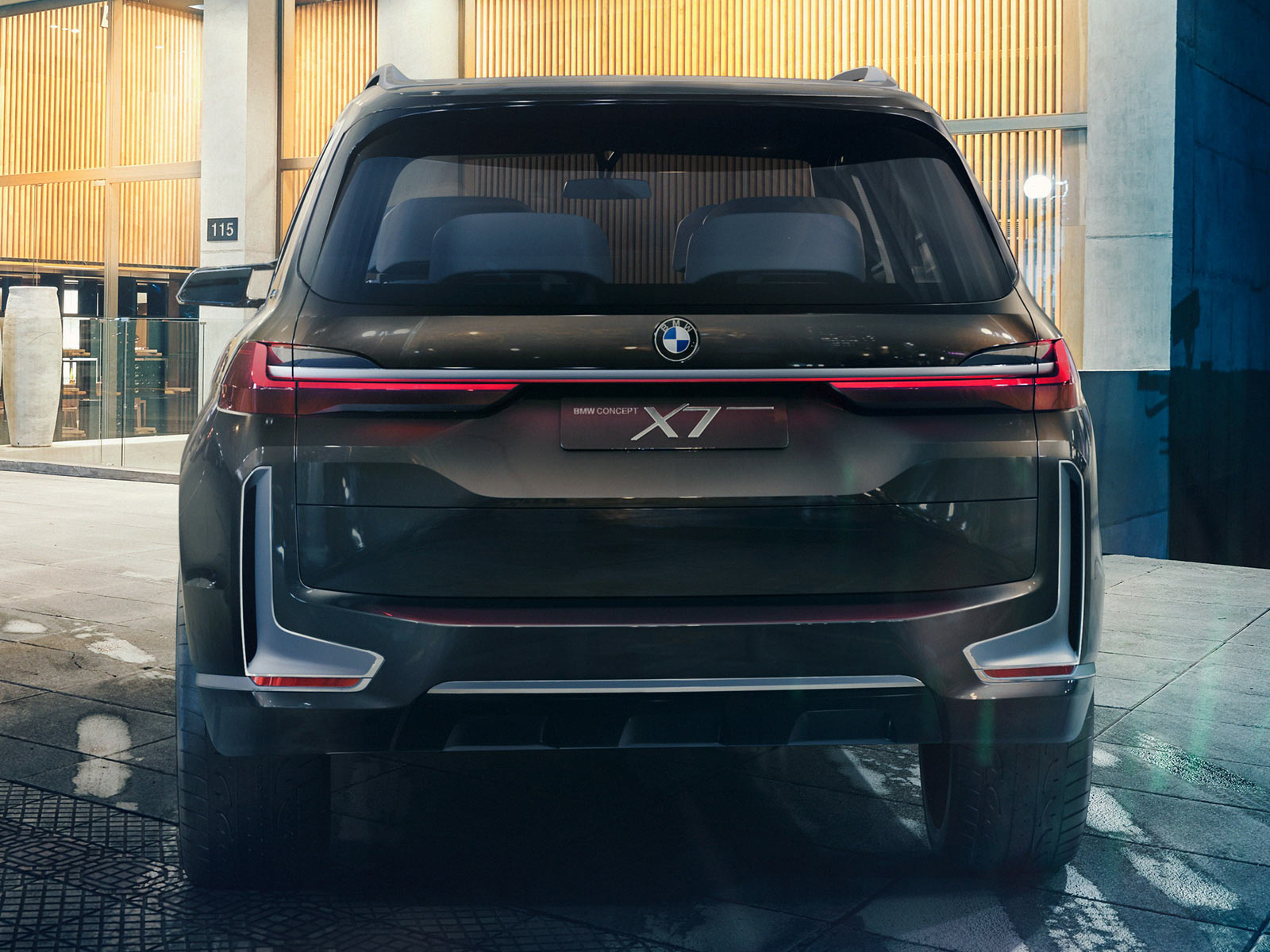 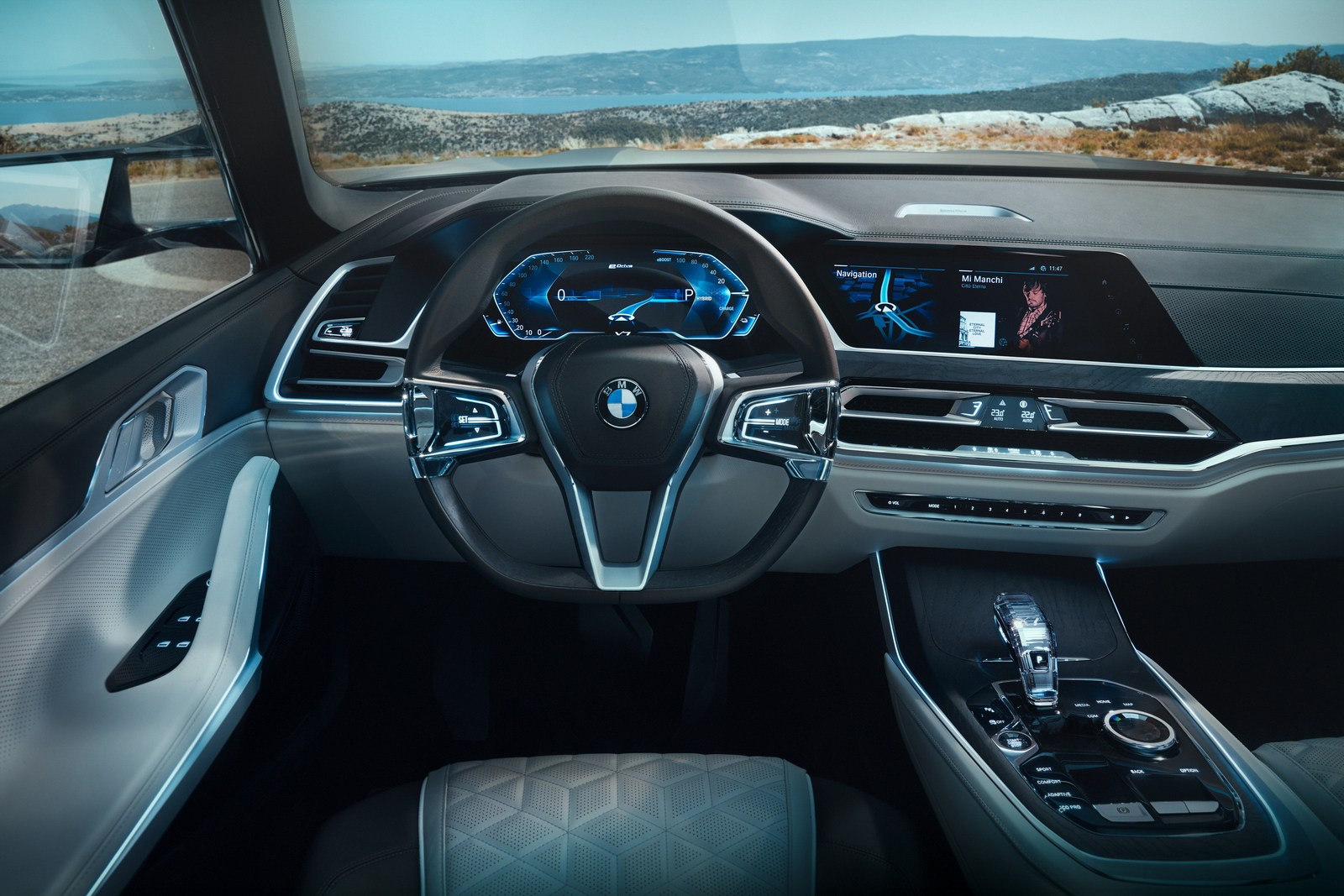 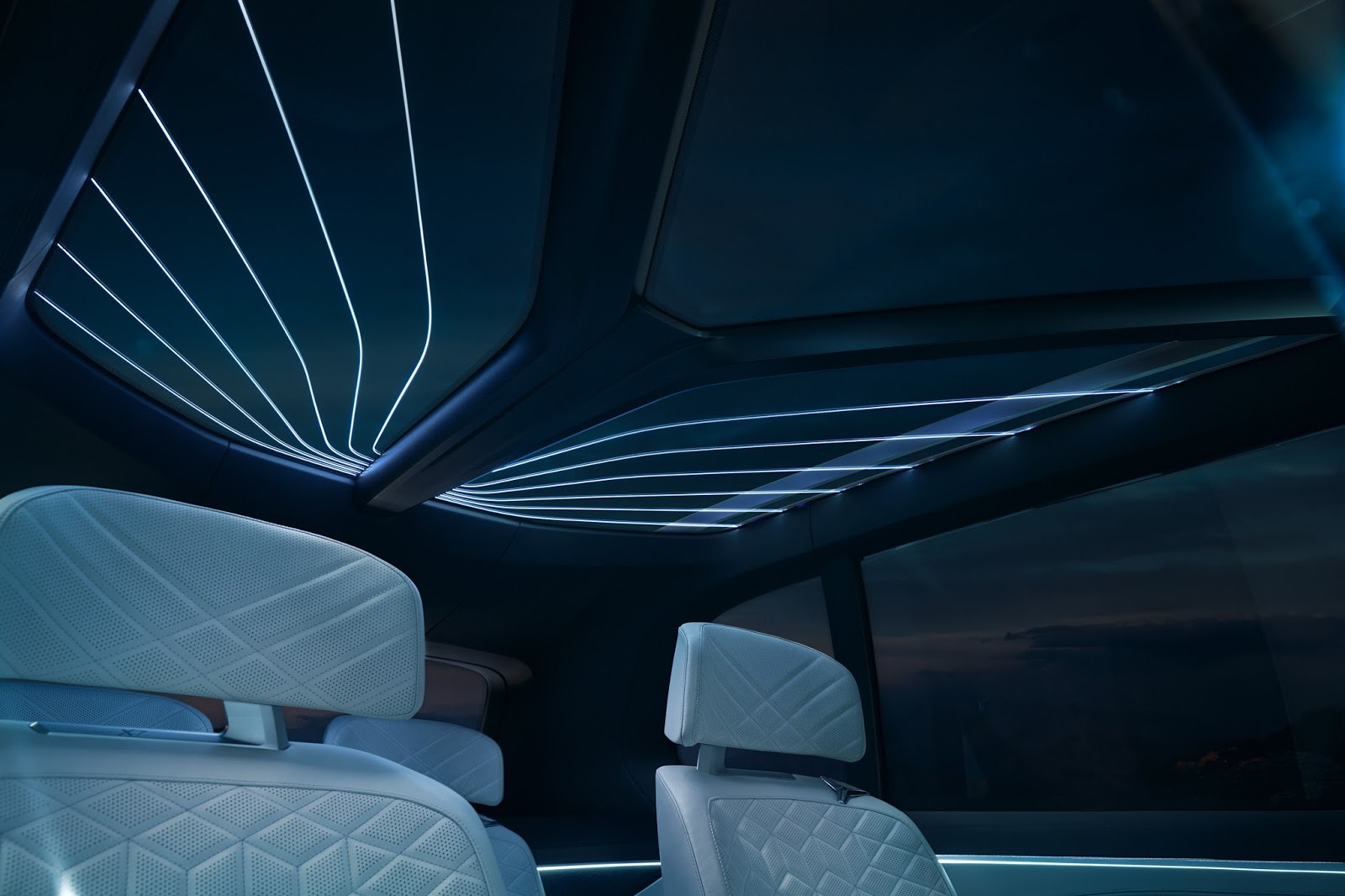 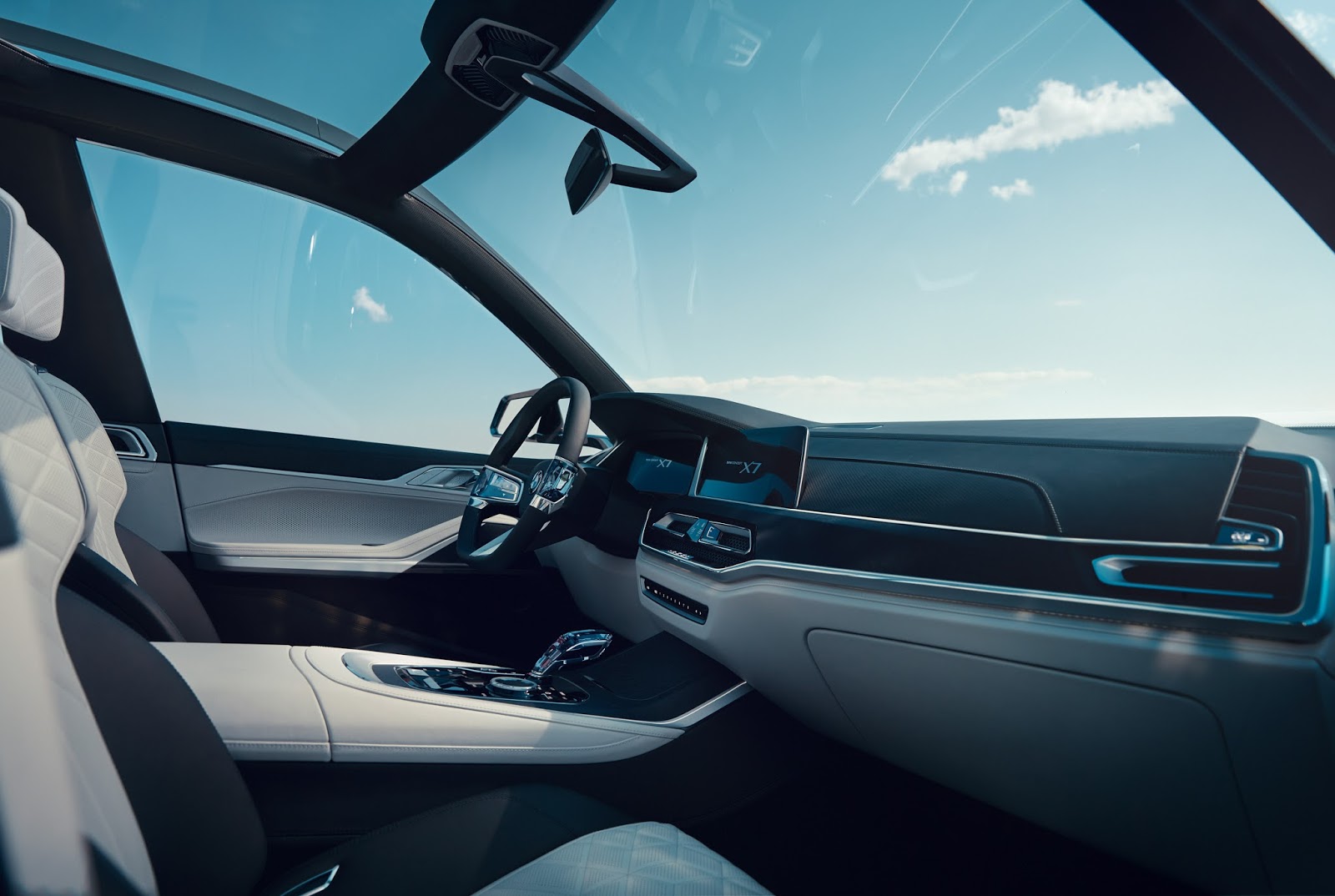 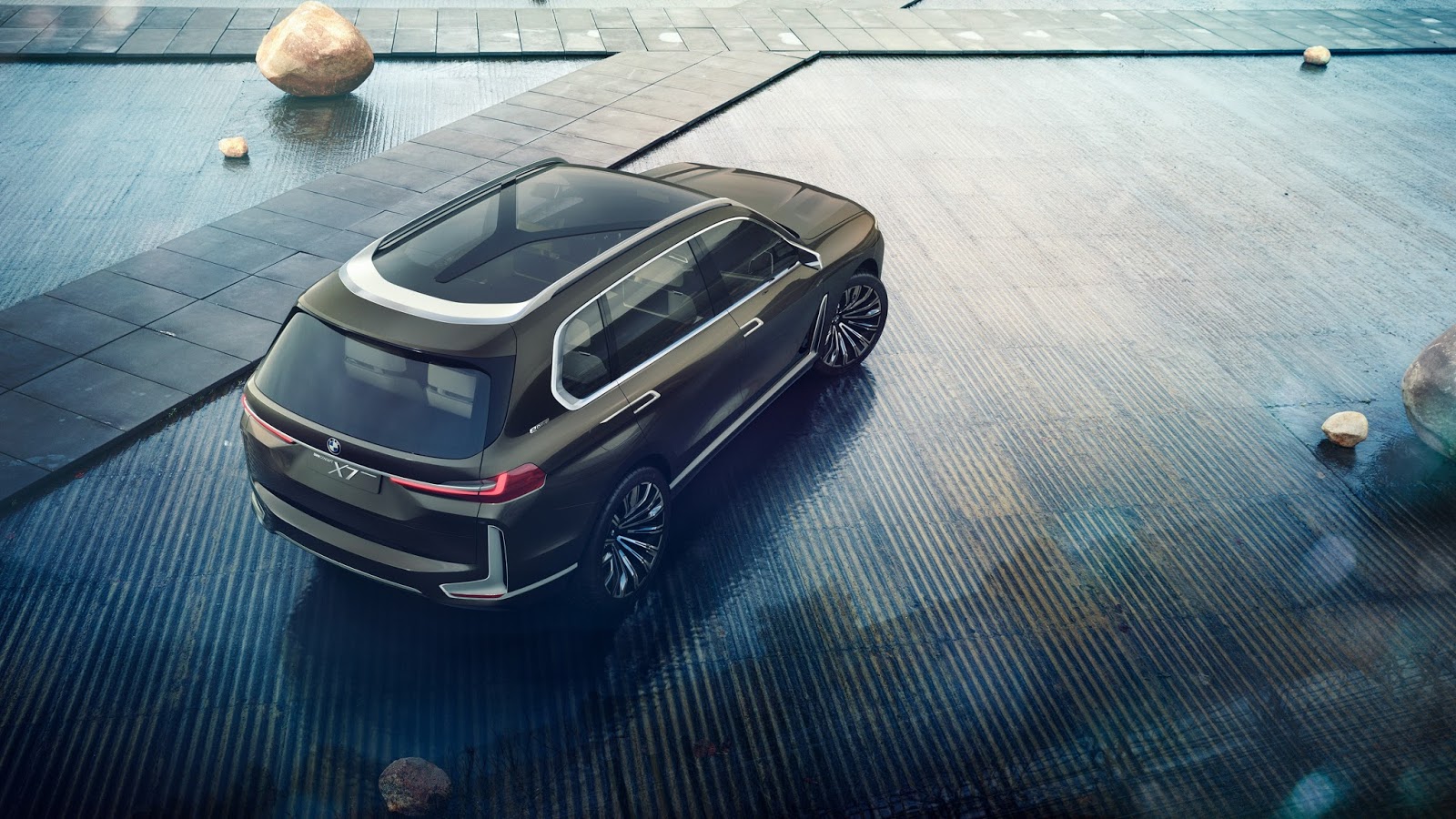 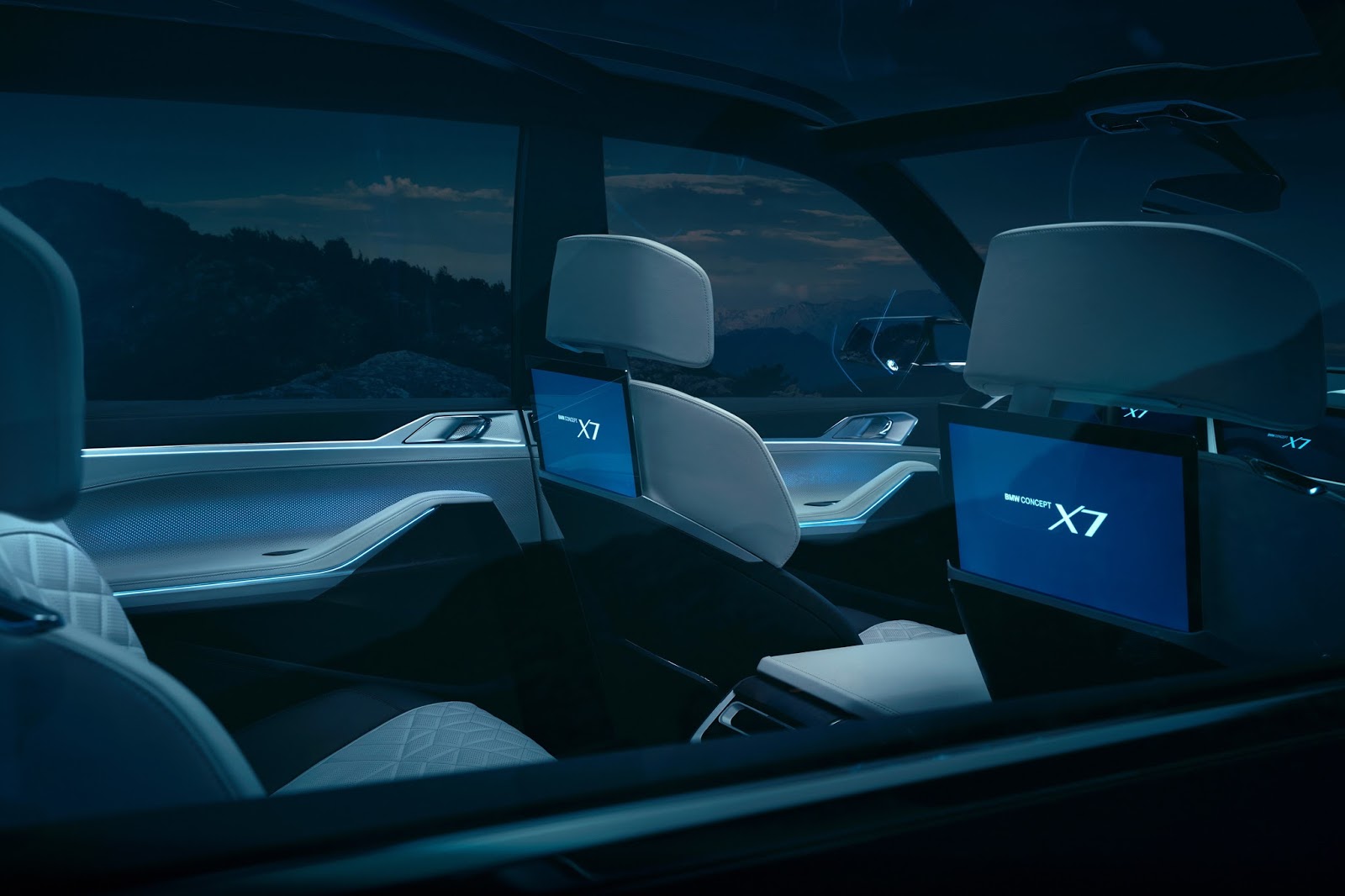 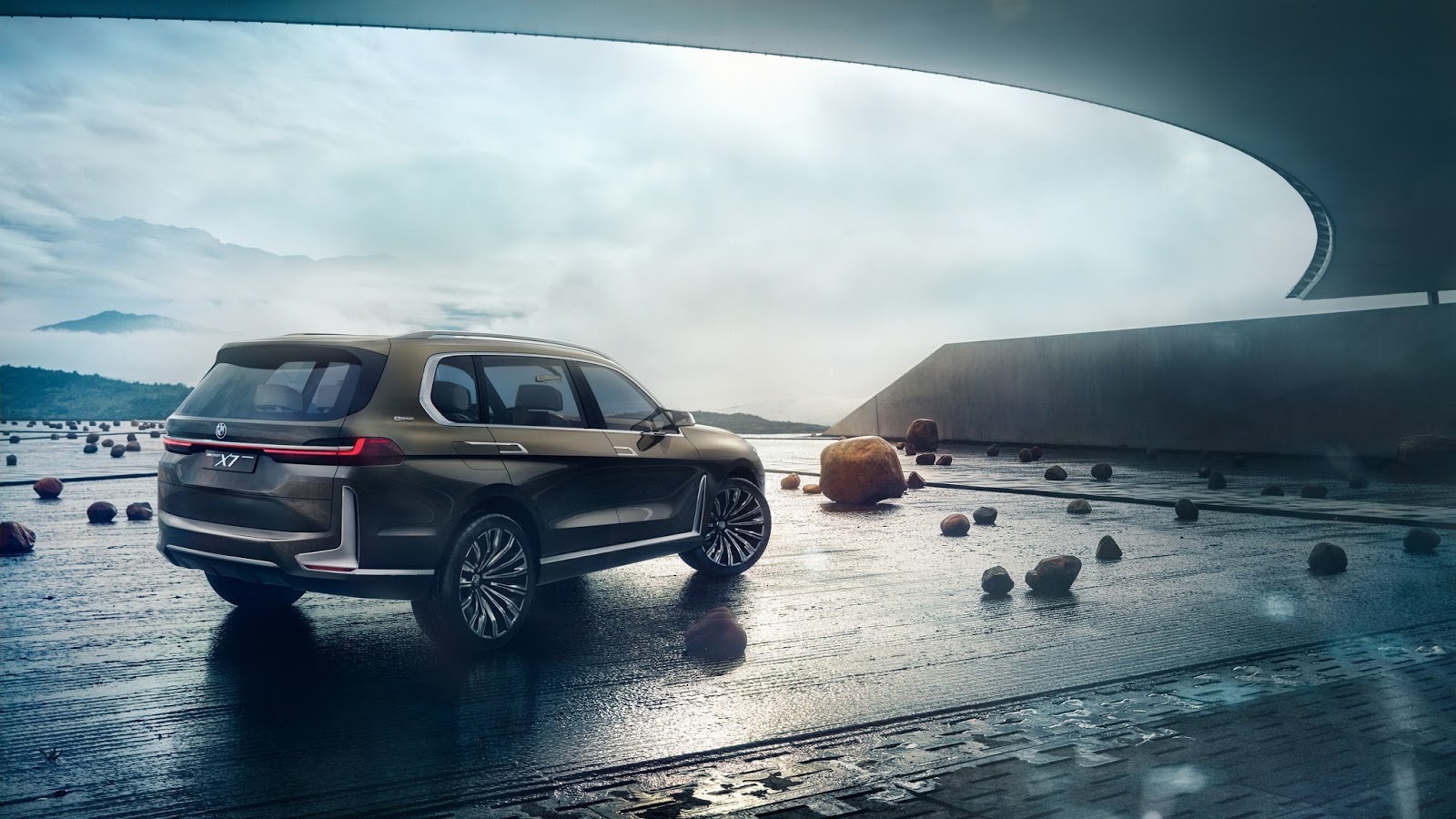