BMW i8 Roadster could debut at 2017 LA Auto Show

It’s no secret that the BMW i8 is one of the most revolutionary car designs to ever come from the Bavarians. It’s dynamic, futuristic, exciting and so very special. There’s nothing else like it on the road and when you see one driving, it’s genuinely an event. It feels like when I’d see a Lamborghini Diablo as a little kid. So the fact that BMW is going to make it even better looking is very exciting. The BMW i8 Roadster, which will be a convertible variant of the already stunning i8, is coming next year. Though, we could see it as early as November, during the 2017 LA Auto Show.

BMW has already confirmed the i8 Roadster, with a recent teaser video. So we know it’s coming and it’s coming soon. It’s just a matter of which auto show to debut it at. While BMW hasn’t actually confirmed LA as its debut spot, it seems like a good possibility. It’s around the right time, being four or five months ahead of its actual launch, and it would be in California, home of the techy EV. 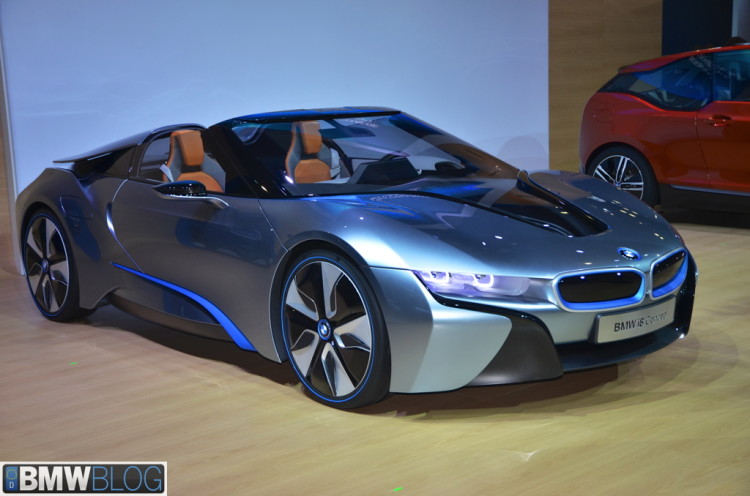 We’ve known about a possible BMW i8 Roadster for quite some time, as the brand has been teasing the idea since the launch of the i8. Though, we still don’t know many official details. We know it will get an increase in power, to about 400 hp, and it will have some chassis modifications. So it should handle better as well. But these are really just additions that the BMW i8 facelift will bring. There’s no word on if the i8 Roadster will have any interesting differences, aside from the retractable roof, of course.

We’re very excited to see the i8 Roadster, as it should be even more stunning than the coupe. The ability to drop the top will even more theater to already dramatic car. Plus, from the driver’s seat, you’ll be able to hear even more of that turbo three-cylinder roar. Or nothing, of course, as it can run purely on electricity…