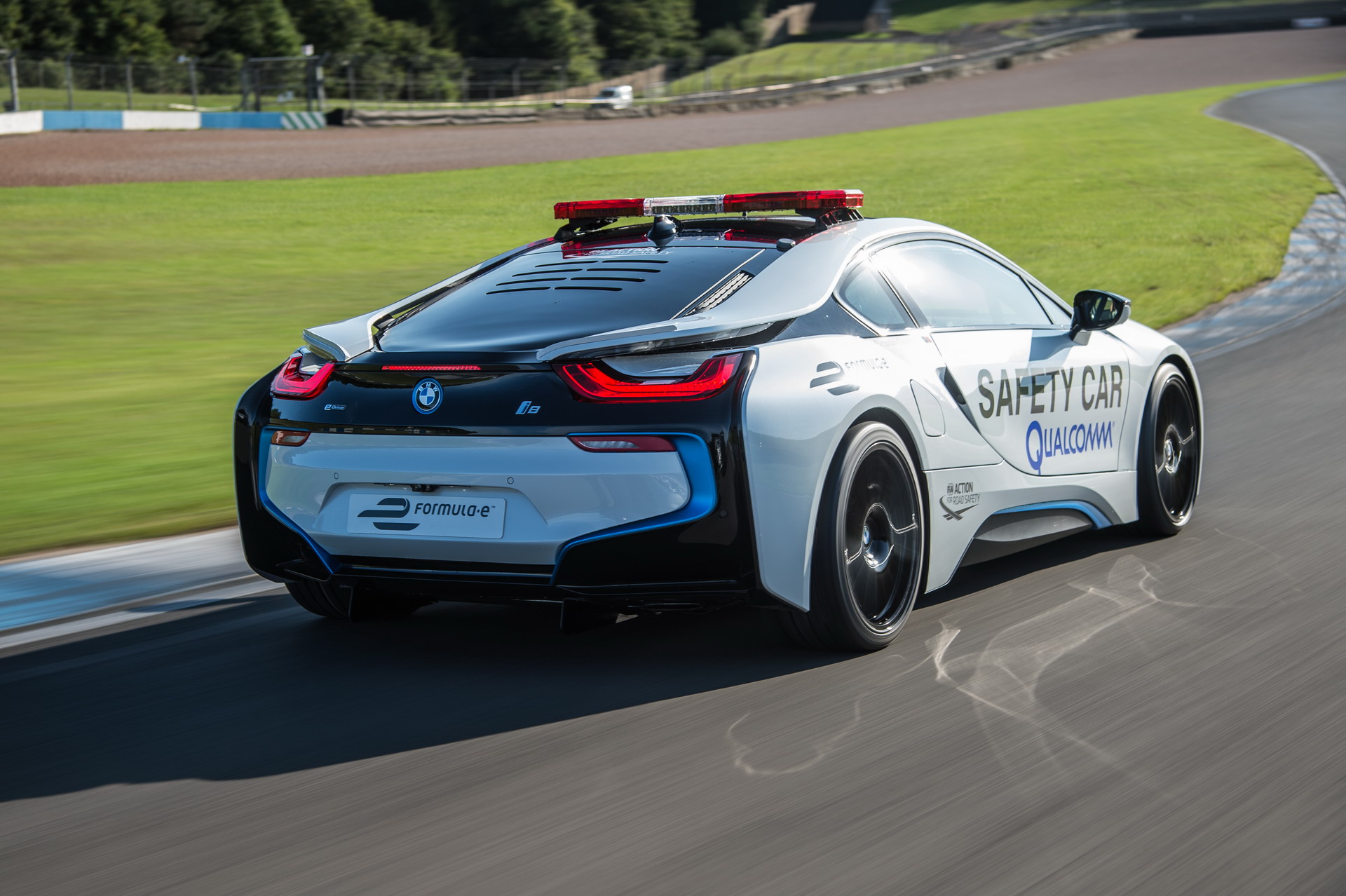 It’s a petrolhead dream to drive a mid-engine supercar on a genuine street circuit. It doesn’t matter if the street circuit is Monaco or Red Hook, driving on the same street circuit as proper race cars is a thrilling experience. Driving a BMW i8 on the Montreal Formula E Circuit with Kate Upton riding shotgun is even better. Petrolhead-heaven.

That’s exactly what you get to see in this new video. Kate Upton, Sports Illustrated Swimsuit model, recently stopped by the Formula E Montreal ePrix and was given a ride around the track in a BMW i8 Safety Car. The i8 was driven by Formula E CEO Alejandro Agag, who asked how hard he was allowed to drive the car. Upton told him to drive as fast as he could go. “Scare me!” shouted Upton. Clearly she’s not afraid of speed.

Agag seemed to push the car decently hard, though likely not too hard with Upton in the passenger seat for fear of incident, and Upton seemed to be enjoying the ride. Through a couple of corners, you can see her grab her knees, tensing as the corner approaches. Though, afterward, she wanted another go in the BMW i8. Though, nearly anyone would, as it’s probably a thrilling experience. Still, I’d bed Agag had the better day…

It’s exciting to see celebrities embrace Formula E on a worldwide level. It’s not the most popular motorsport around but it’s popularity is gaining and it’s refreshing to see. Having spent time at the Red Hook, Brooklyn ePrix, I can honestly say that it’s a fun experience and one worth attending for car enthusiasts, despite the fact that there isn’t an engine in sight. While Formula E is really only followed by serious car enthusiasts and EV enthusiasts, celebrities like Kate Upton making an appearance will help bring some more eyes to the sport. Hopefully it continues.