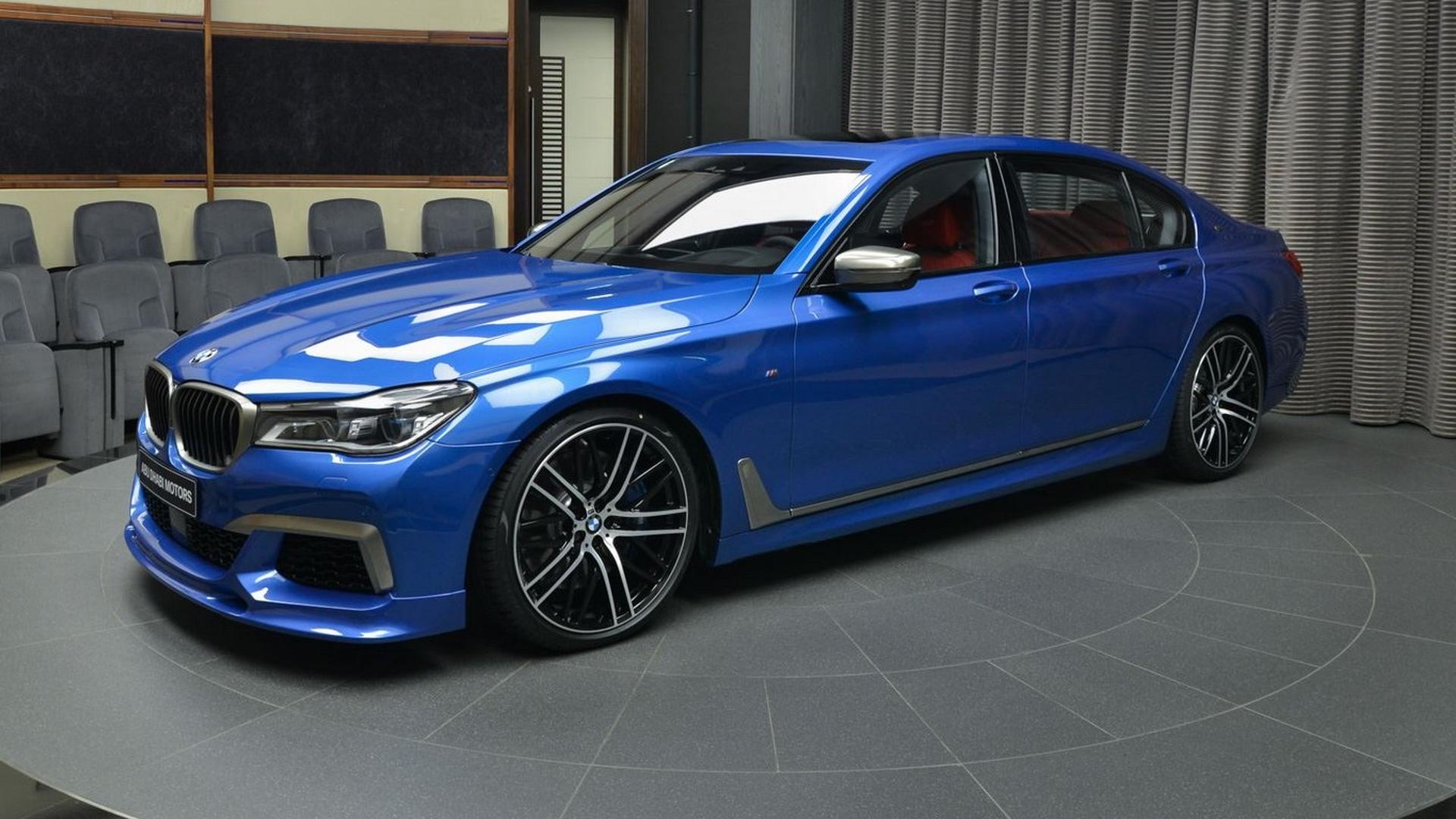 Back in March, BMW Abu Dhabi has unveiled their M760Li xDrive in the BMW Individual color Estoril Blue. Estoril Blue has been one of the best sellers in the BMW color program for years now, but in the case of the 7 Series, the paint is only available through BMW Individual. The normal color program for the luxury limousine does not include such a lively color, but instead it concentrates on a palette with more muted colors destined for the 7 Series’ audience. 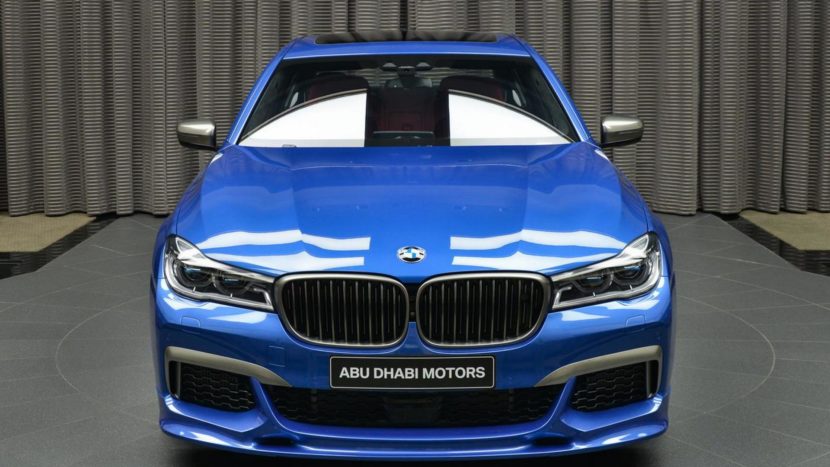 The beautiful exterior color was paired with 21-inch M Performance wheels, in two-tone colors and wrapped in Pirelli tires. In the back, the M760Li gets a trunk lid spoiler designed by ALPINA. The super sporty limousine also features a specially modified M Sport Package including accents in Cerium Gray, and a lower lip made by 3D Design.

On the inside, the M670Li has been ordered with red leather trim which perfectly matches the blue shade of the exterior.

The exclusive twin-cylinder tailpipes, in the style of two double tailpipes, provide a further indication of the top model, which can shine with a whole series of superlatives. The 610-hp V12 makes the BMW M760Li not only the strongest BMW ever, but also contributes significantly to the sprint time of 3.7 seconds from the standstill to 100 km/h – no previous series BMW was faster. 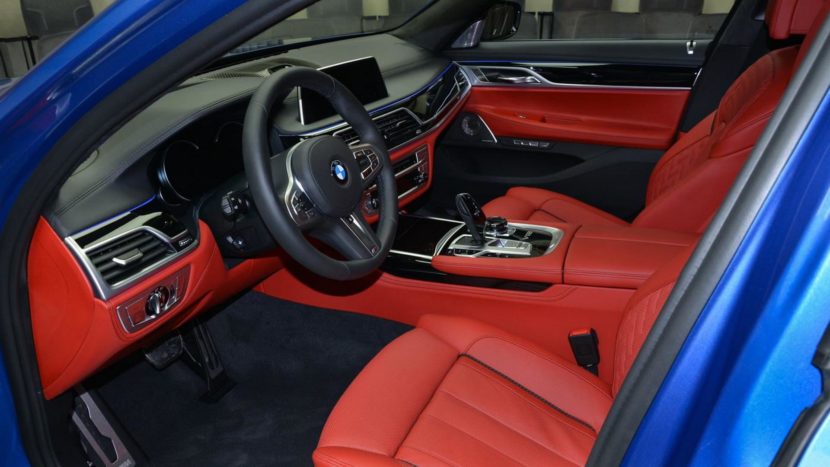 An optional M Driver’s Package will unlock a maximum velocity of 189 mph (305 km/h). 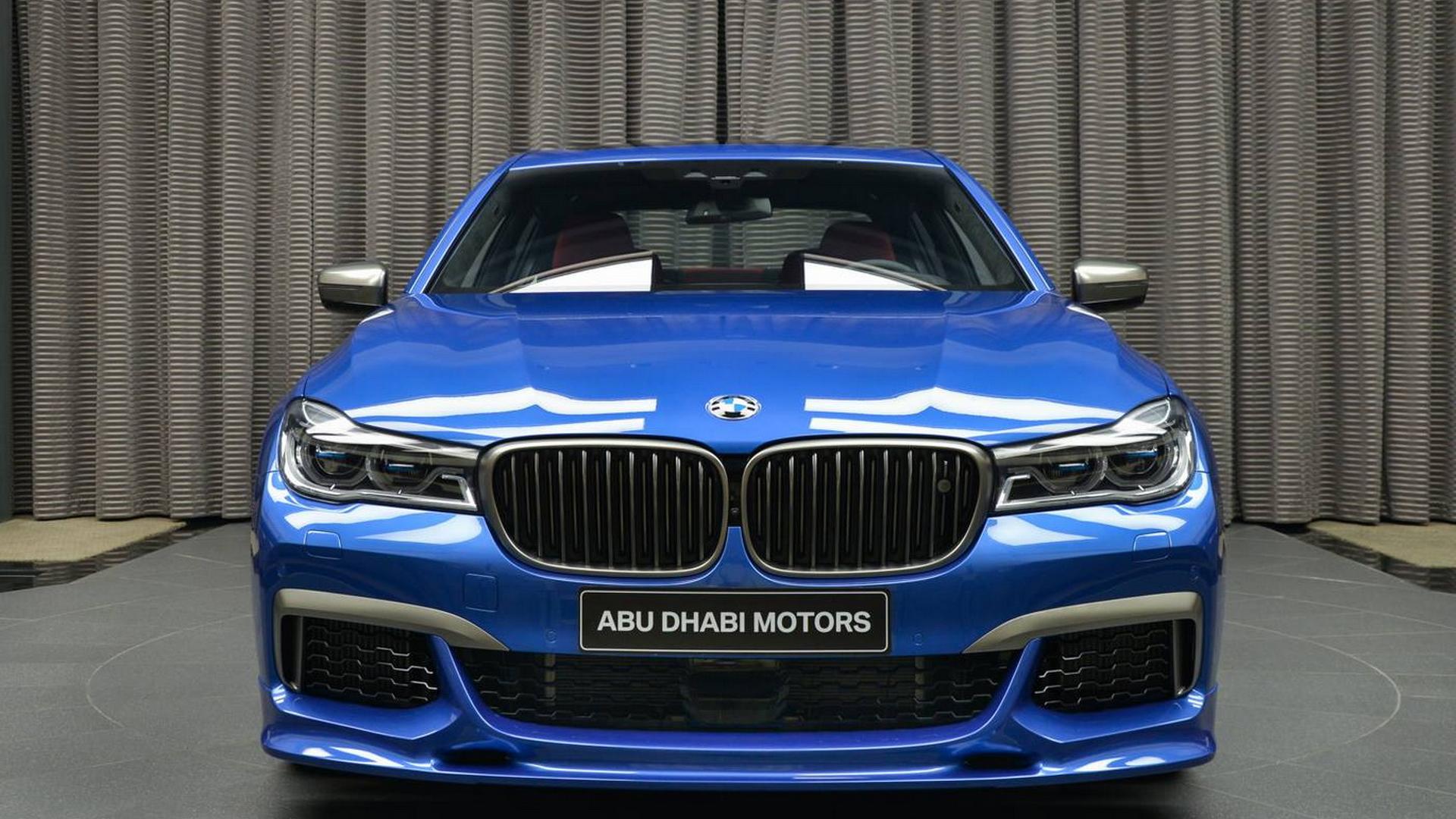 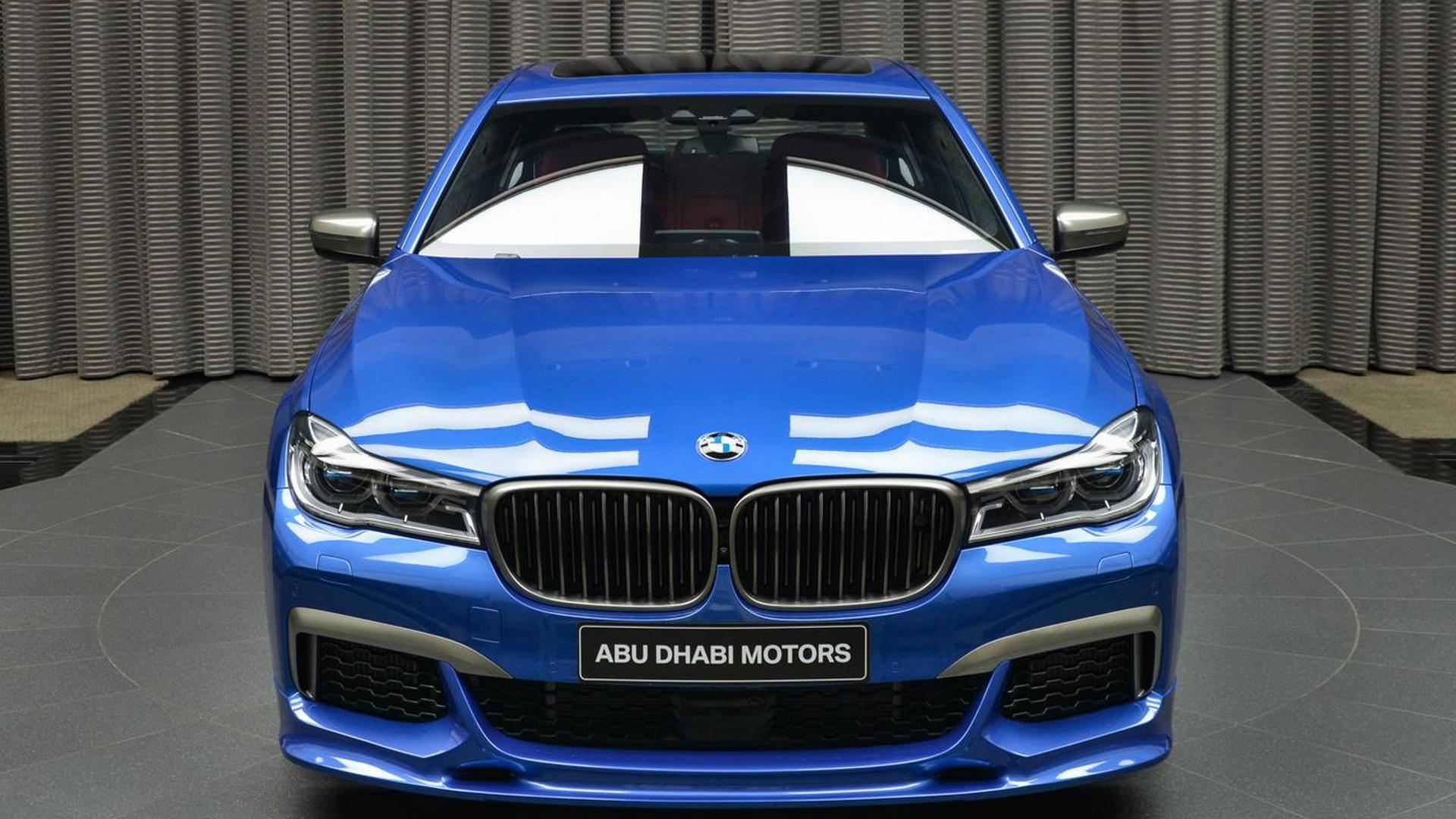 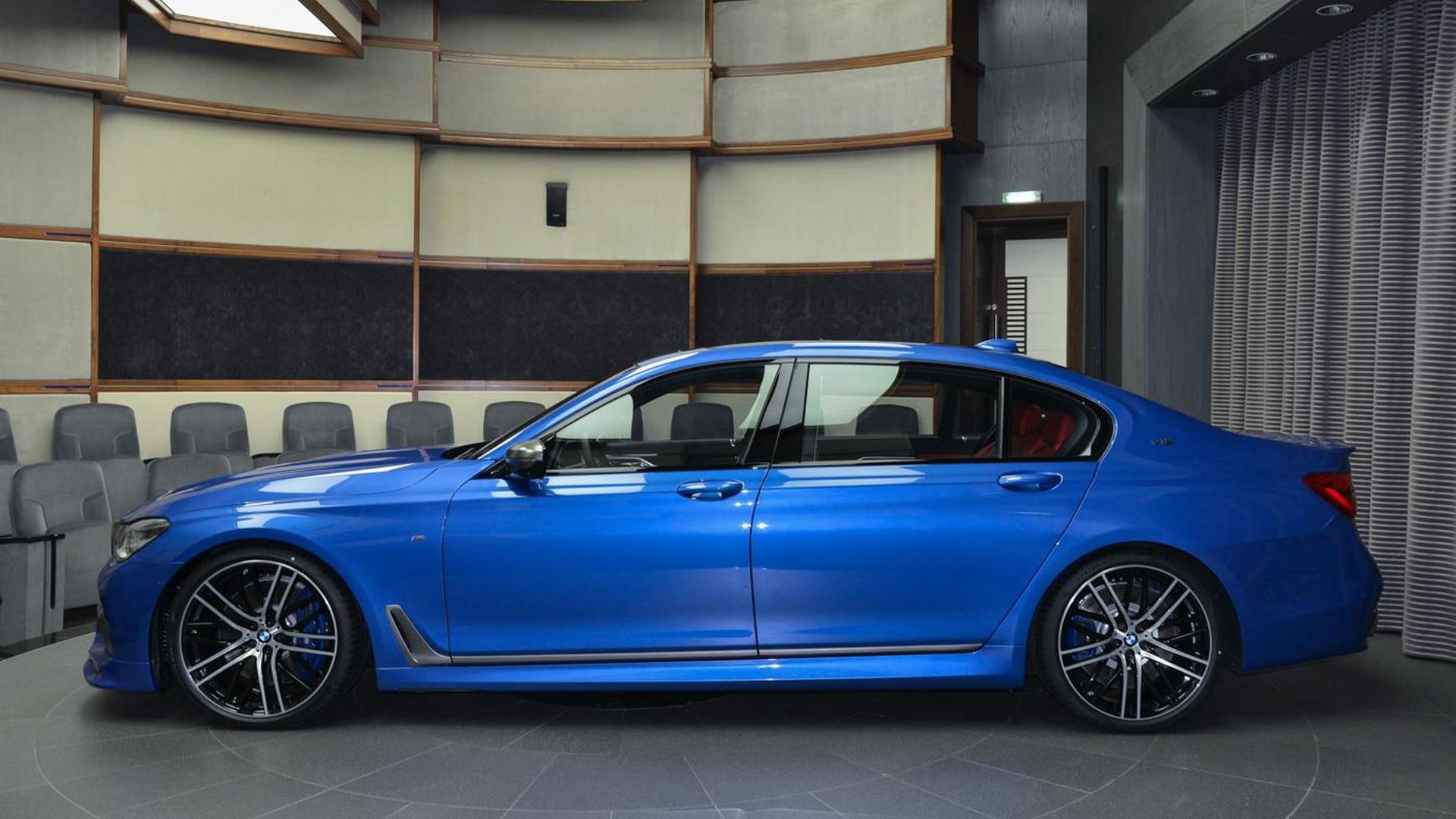 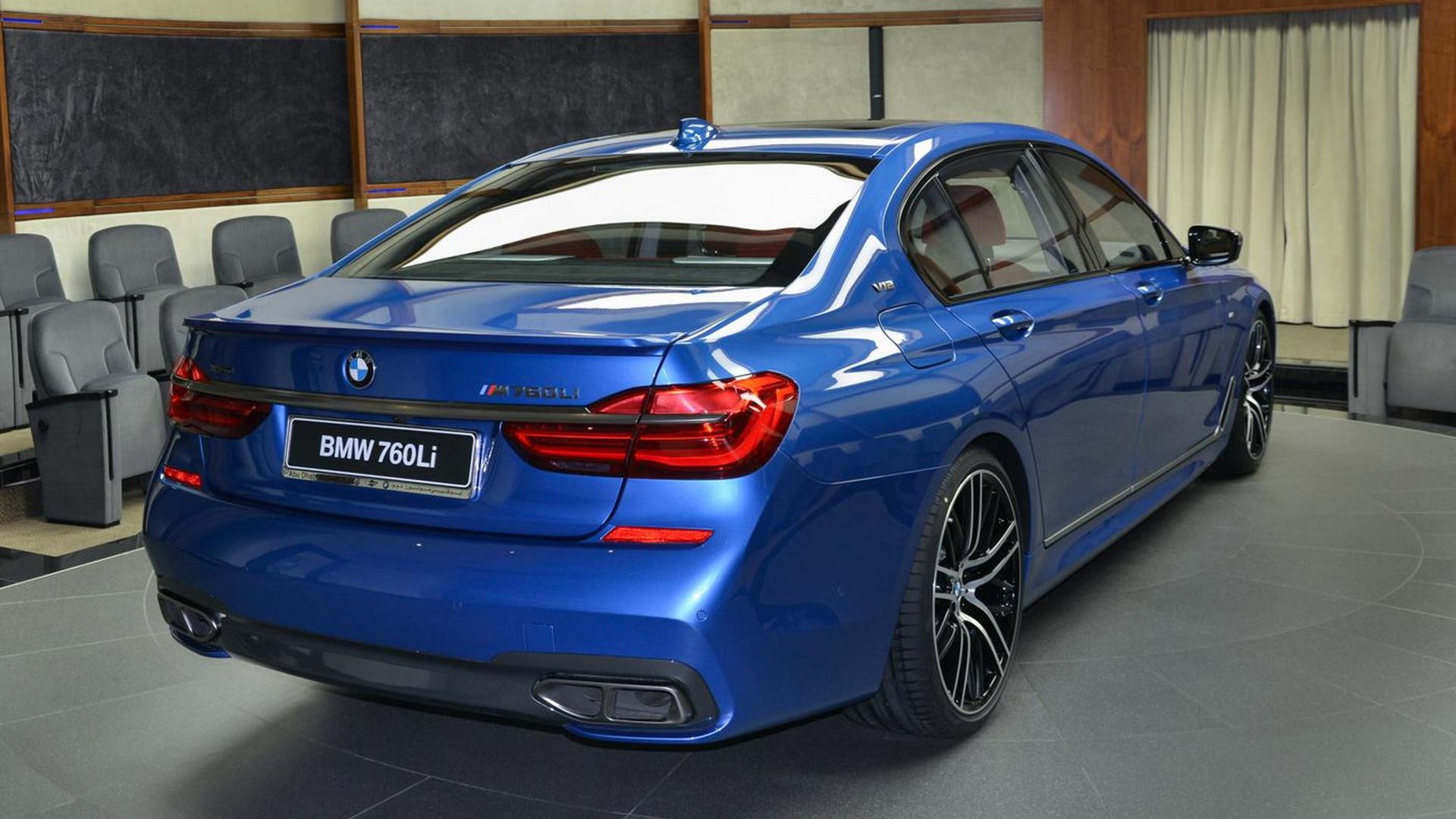 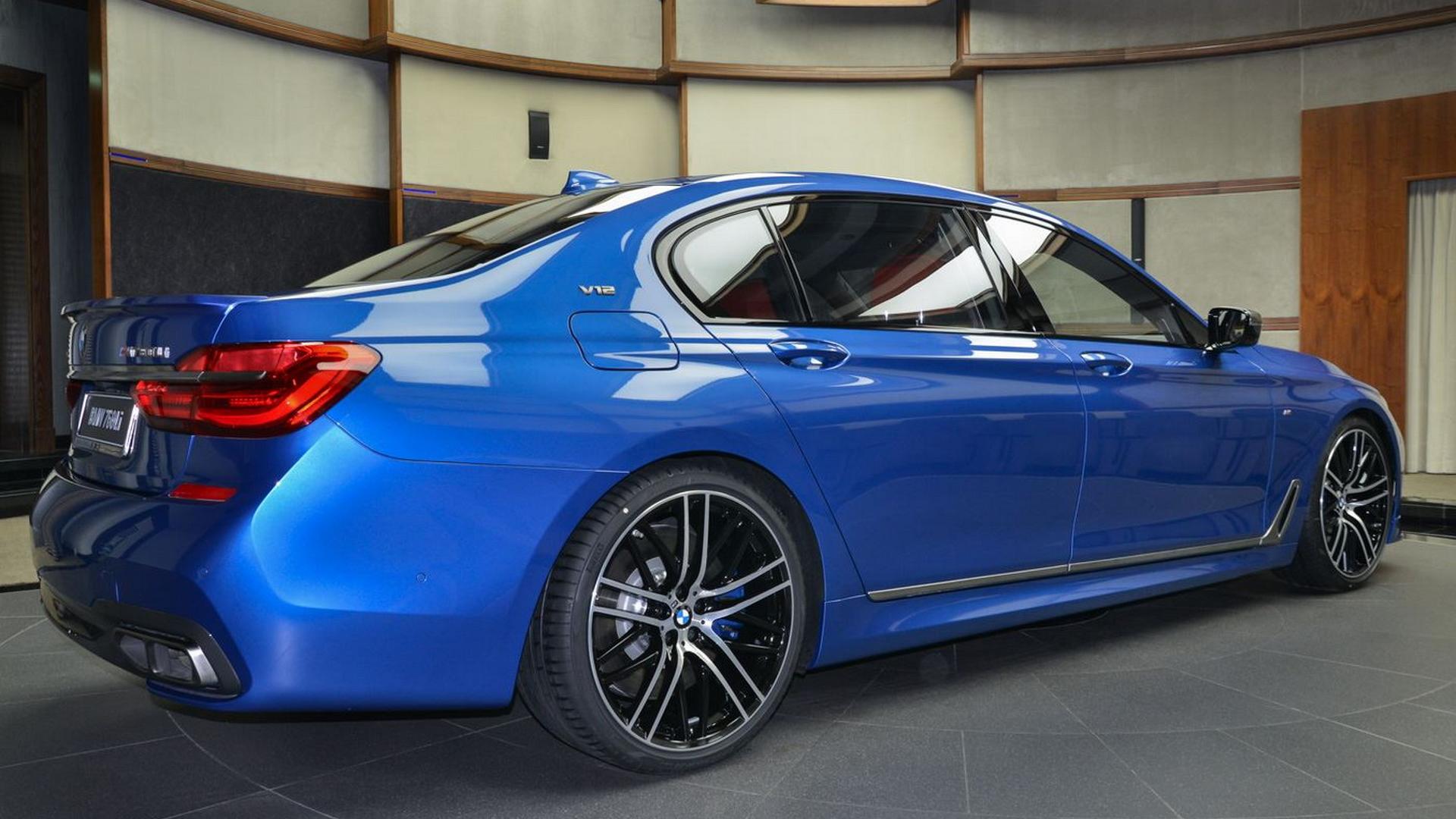 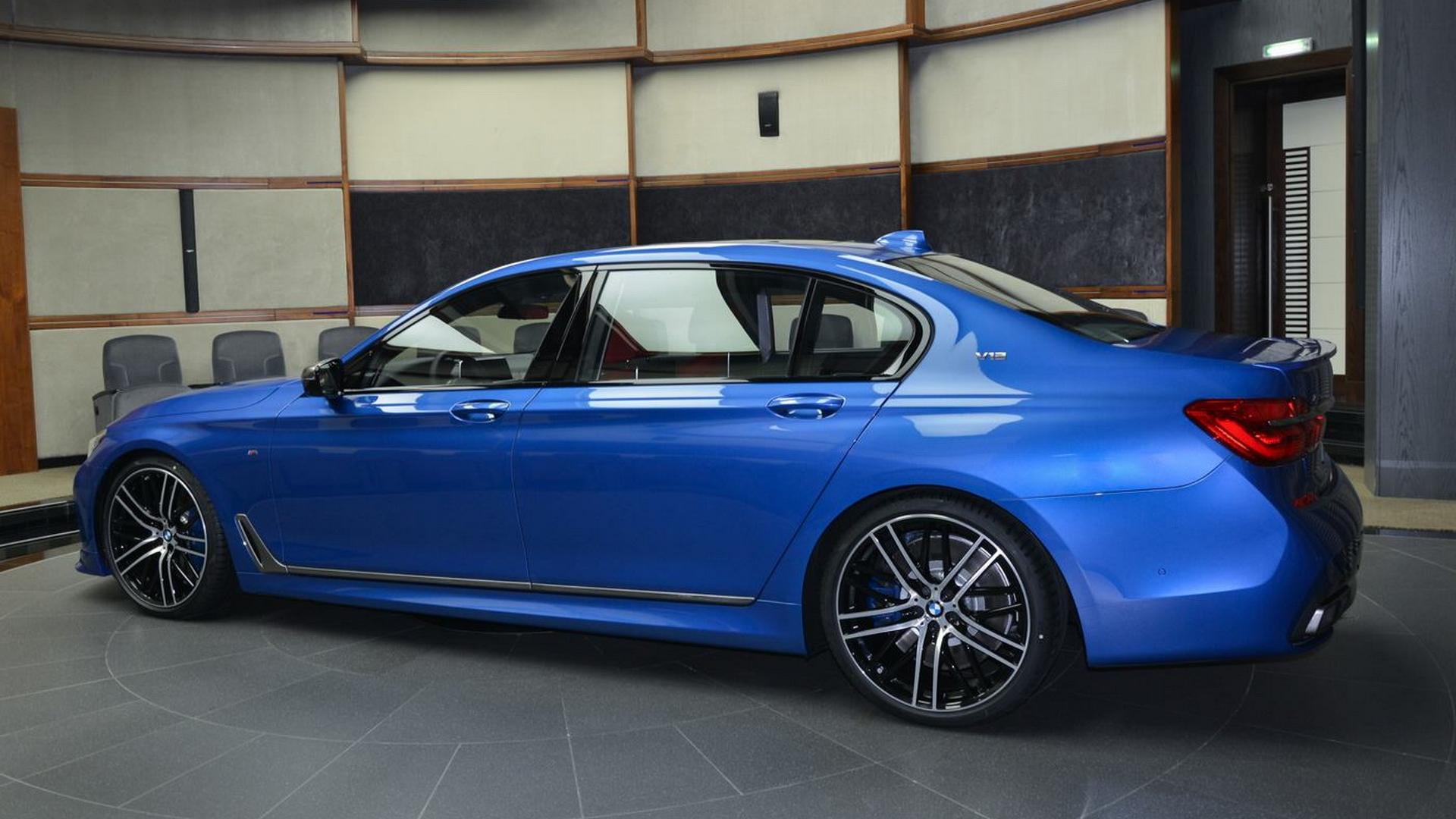 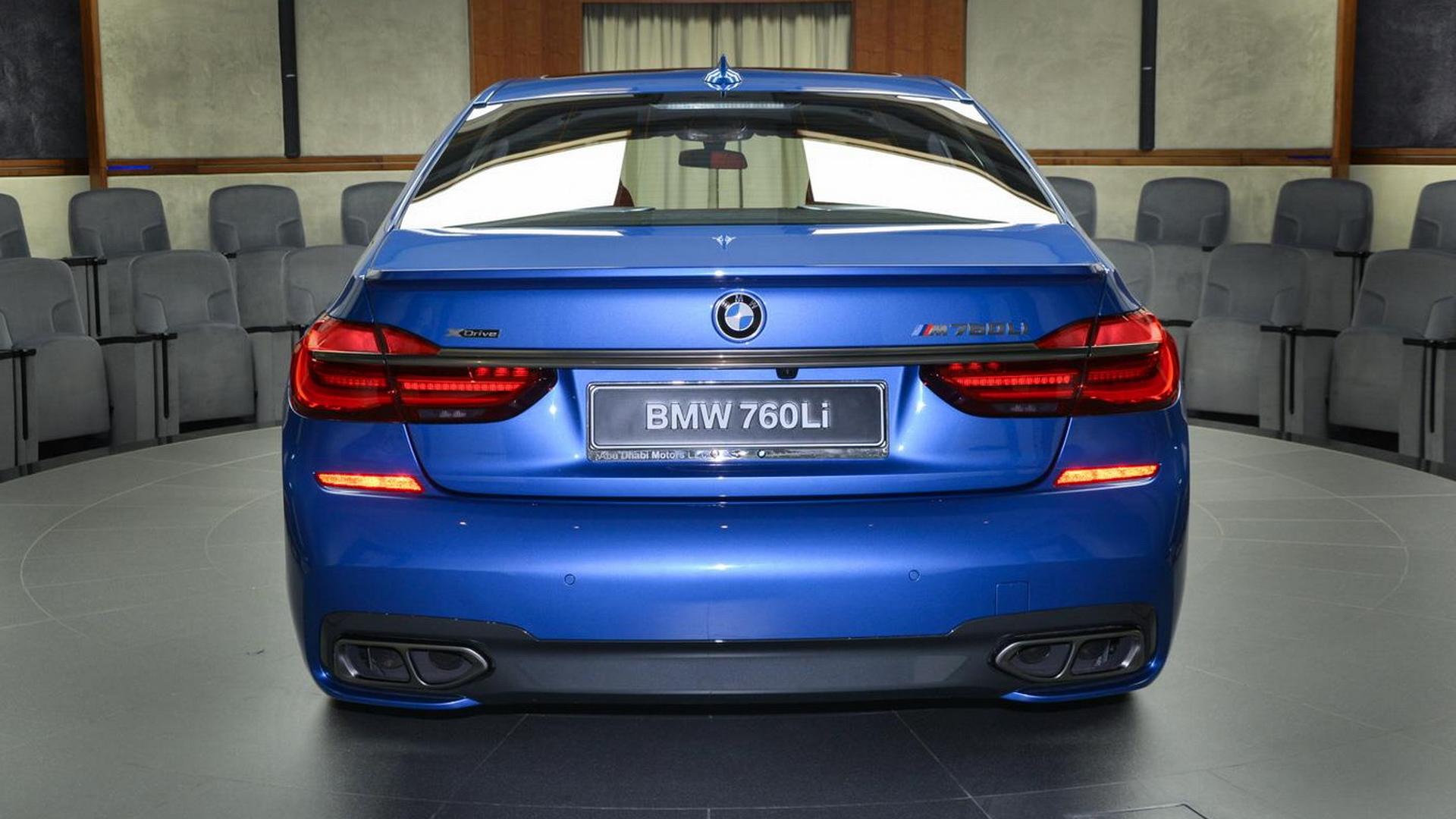 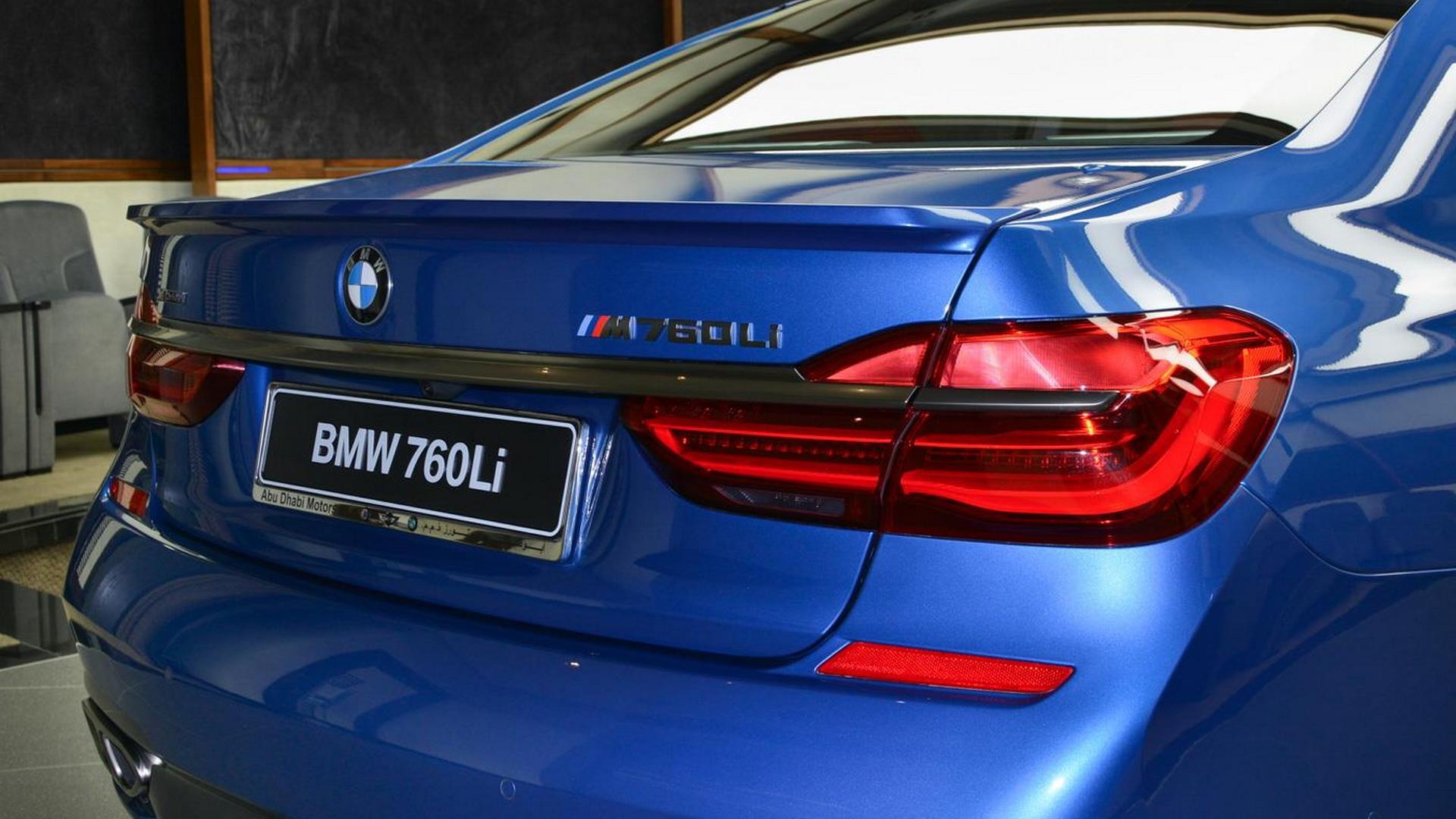 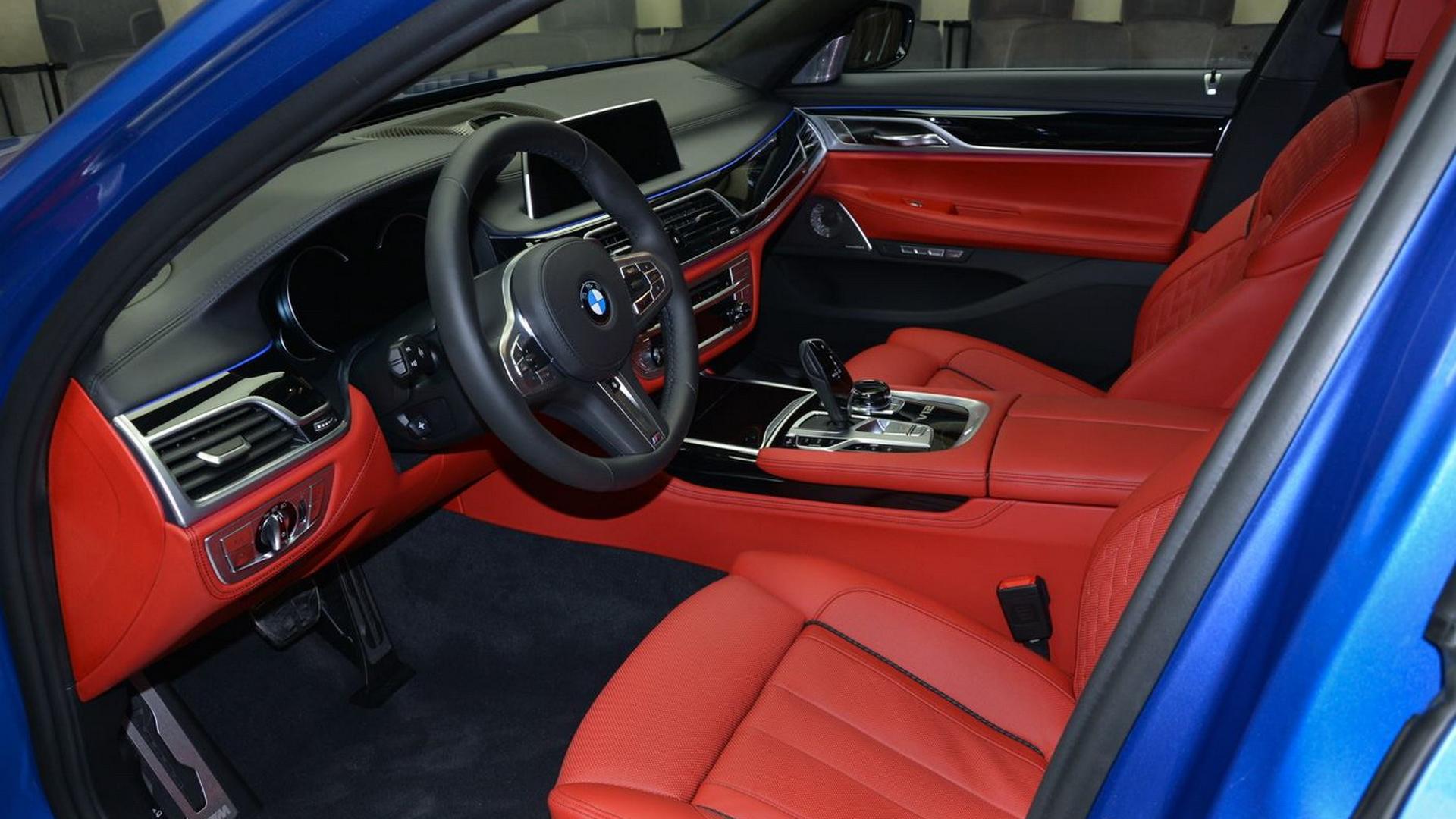 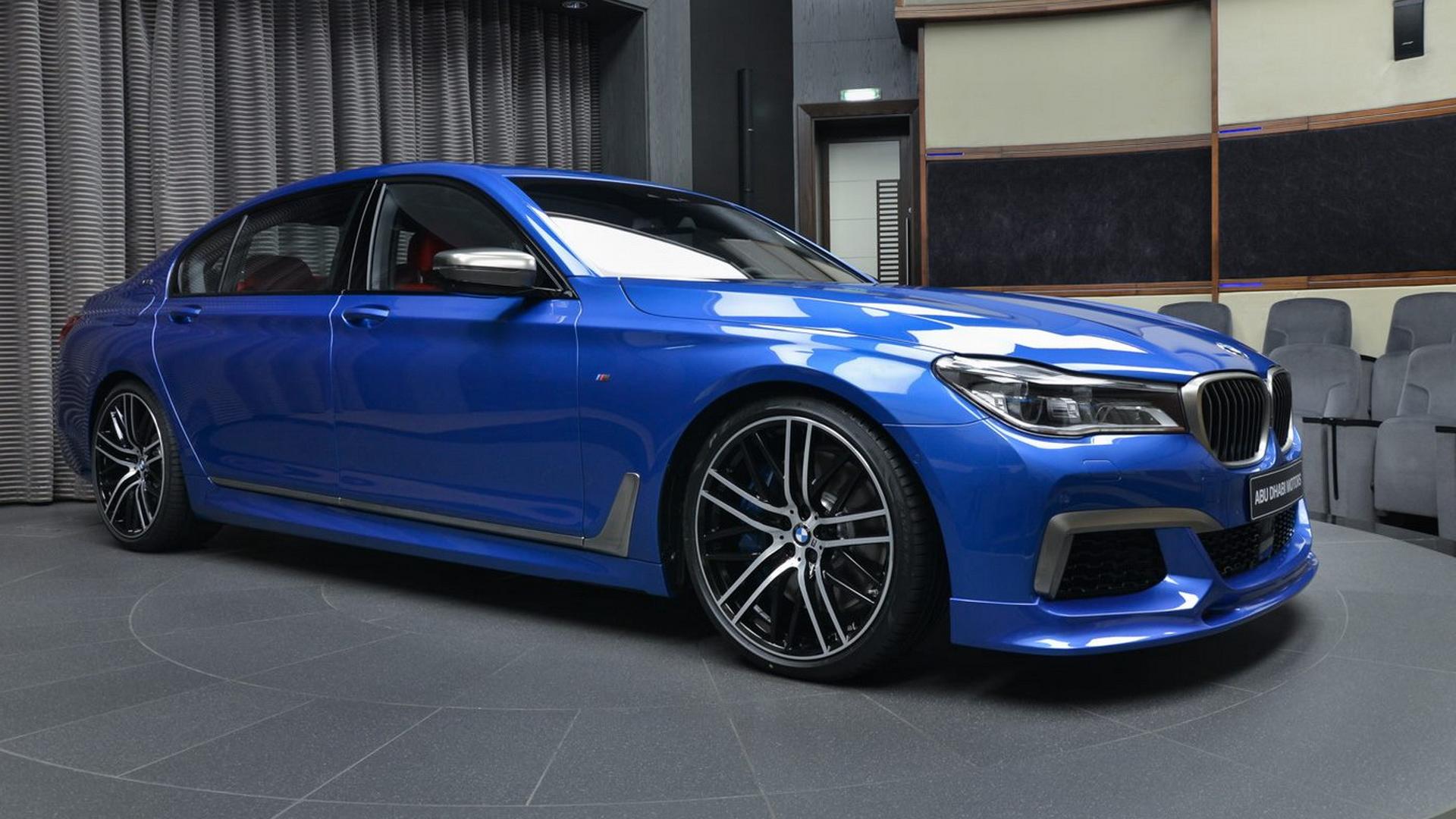