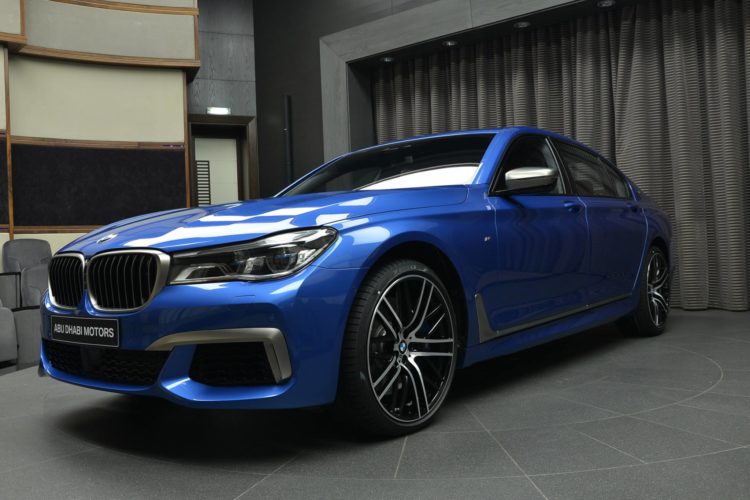 Estoril Blue has been one of the best sellers in the BMW color program for years now, but in the case of the 7 Series, the paint is only available through BMW Individual. The normal color program for the luxury limousine does not include such a lively color, but instead it concentrates on a palette with more muted colors destined for the 7 Series’ audience. The fact that the current BMW 7er G11/G12 also looks very good in Estoril Blue can be seen in some new photos from BMW Abu Dhabi Motors.

The large subsidiary in the United Arab Emirates has ordered one of its first BMW M760Li xDrive with the help of BMW Individual in Estoril Blue Metallic, thus creating a very special eye-catcher in the showroom. 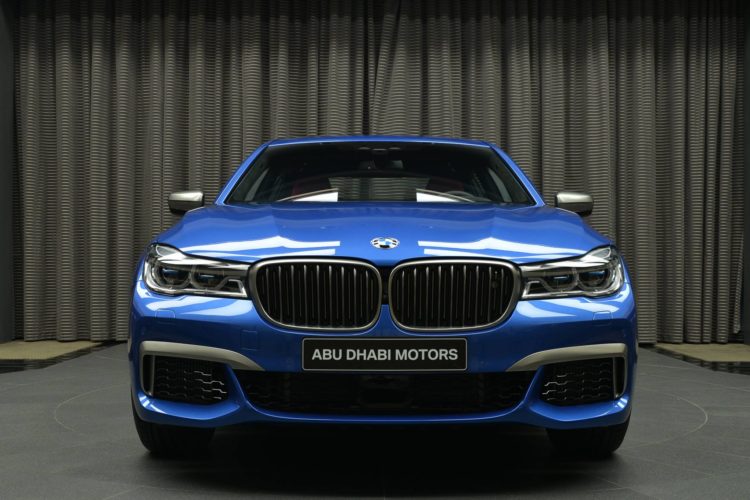 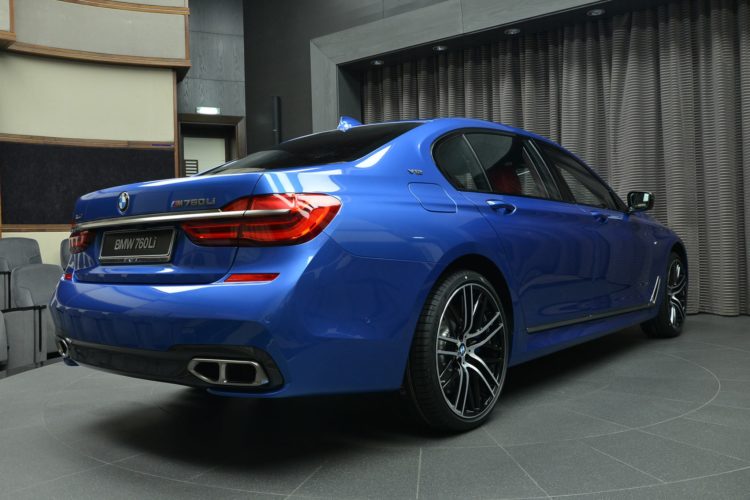 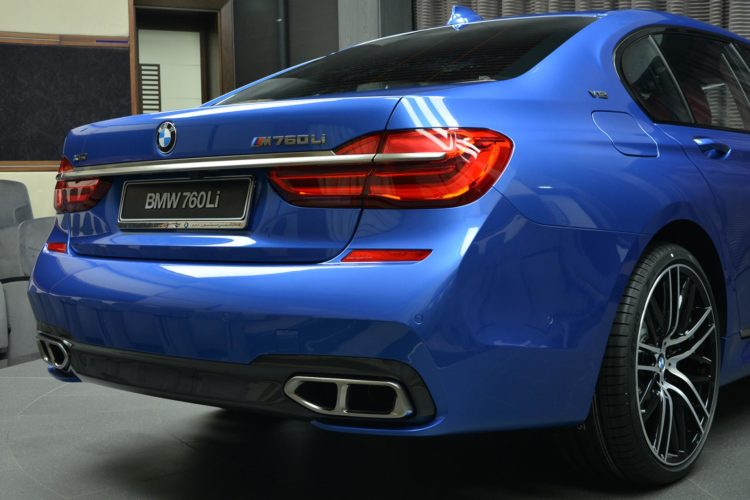 The top model of the luxury limousines, powered by a V12-Biturbo, is not particularly visually reserved, but it also ensures additional attention with the specially modified M Sport Package including accents in Cerium Gray. In combination with the extrovert paint finish in Estoril Blue, the BMW M760Li xDrive will finally become a sedan, whose sportiness is already obvious at first glance. 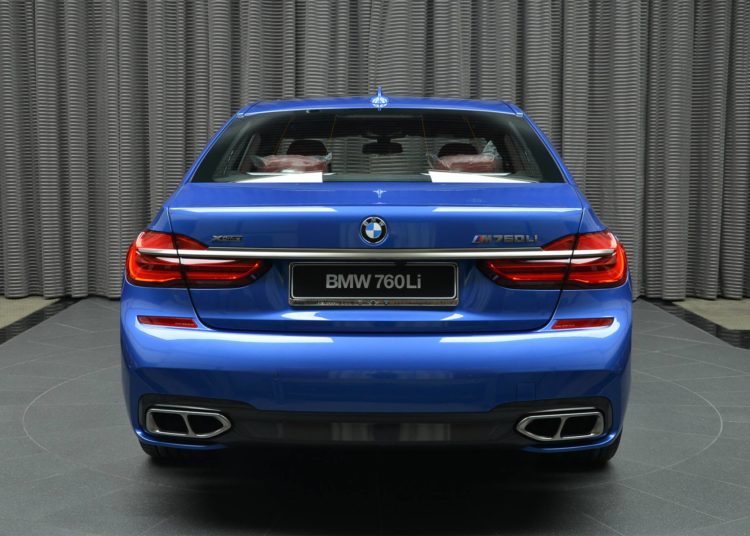 The exclusive twin-cylinder tailpipes, in the style of two double tailpipes, provide a further indication of the top model, which can shine with a whole series of superlatives. The 610-hp V12 makes the BMW M760Li not only the strongest BMW ever, but also contributes significantly to the sprint time of 3.7 seconds from the standstill to 100 km/h – no previous series BMW was faster. 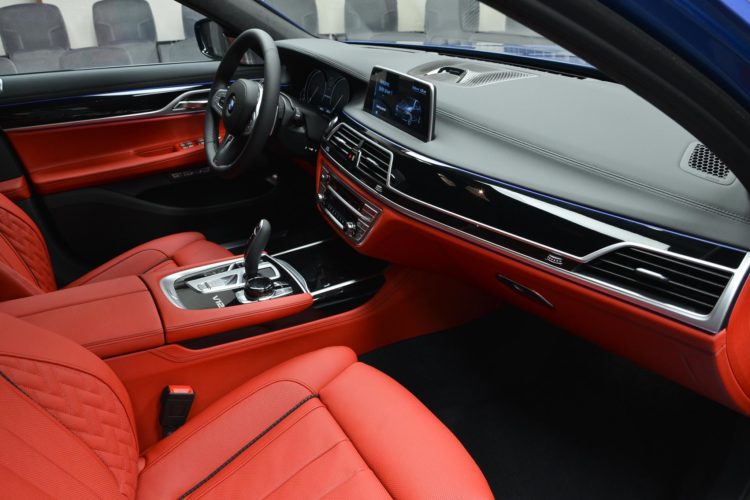 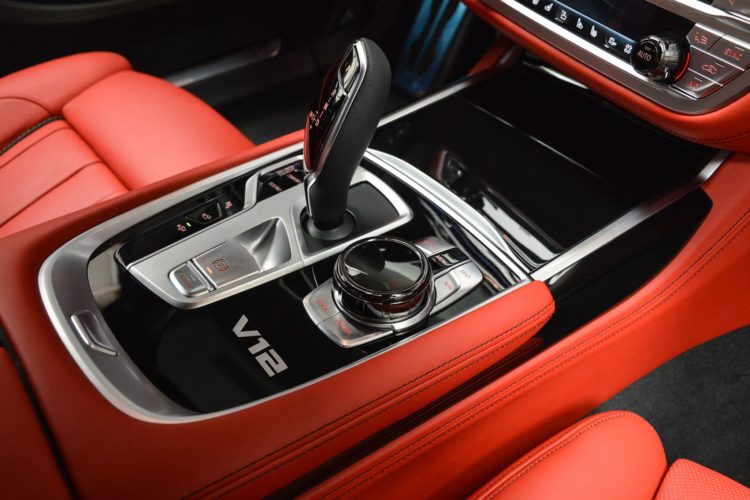 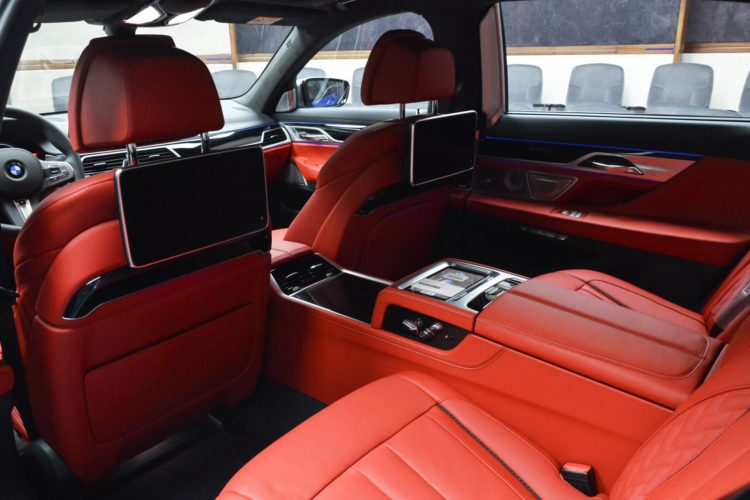 However, longitudinal dynamics alone are not enough to make the BMW M760Li one of the best driving cars: the four-wheel drive, four-wheel drive, adaptive dampers, air suspension and active roll stabilization are just as standard as Michelin’s high-performance tires. The performance characteristics of the M760Li have been designed to give the M760Li the same comfort as a weaker and less sporty 7 Series in comfort mode.