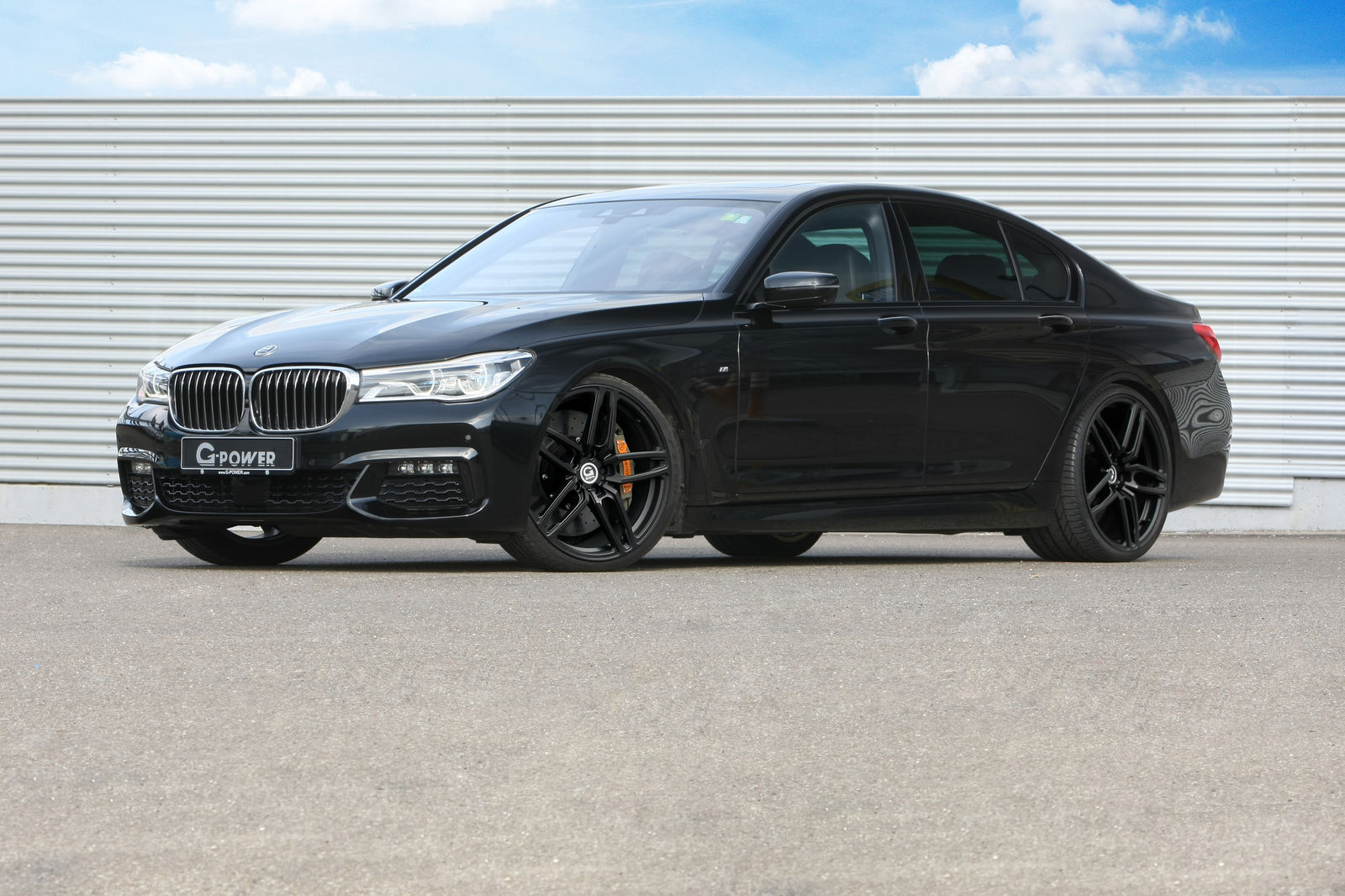 The only two production cars in the world right now that use four turbochargers attached to their engines are the Bugatti Chiron and the BMW 750d. It’s one of those things that boggle the mind though and it goes to show just how far the performance envelope has to be pushed so that car makers can keep up both with the competition and the environmental laws.

BMW chose to upgrade its 3-liter straight six engine instead of putting together a bigger, 4-liter V8 that would keep up with similar offerings from Audi, for example. The Bavarians decided that staying true to their trademark engine architecture would be better even if it would mean adding another layer of complexity to it. The new B57S powerplant comes with four turbochargers, one more than what its predecessor had, the N57S. 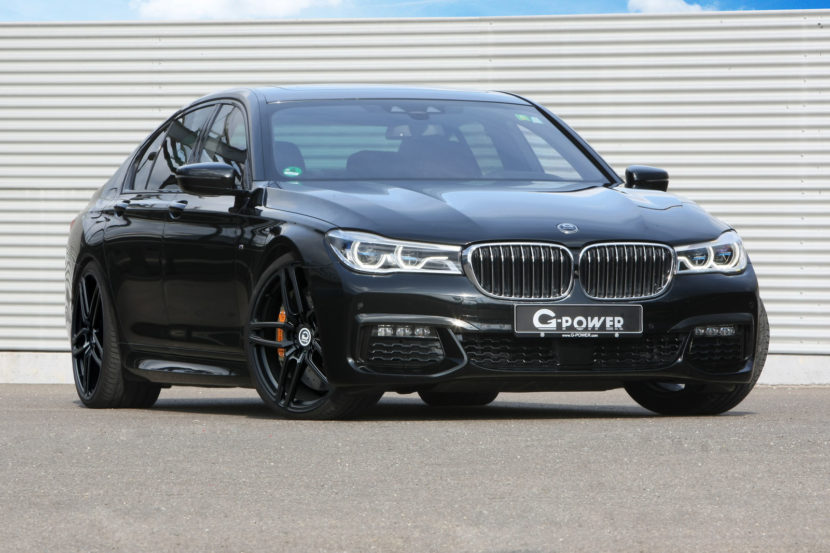 Together, this ensemble makes 400 HP in standard guise together with 760 Nm (561 lb-ft) of torque, a number that has been limited according to BMW, so that the gearbox can handle the twist. That claim is a bit peculiar if you ask us, if we’re to believe the figures claimed by G-Power and its latest offering. The German tuner claims it managed to take the engine of the 750d model up to 460 HP and 860 Nm (634 lb-ft) of torque. Since the 8-speed ZF gearbox used on the 750d is rated for a maximum of 800 Nm (590 lb-ft) of torque, we wonder just how long it will hold in this, upgraded version.

With the new figures, the full-size limousine can now reach 100 km/h (62 mph) in 4.3 seconds according to G-Power, numbers on par with a much smaller and lighter manual BMW M3. Admittedly, the 750d comes with all-wheel drive and that does help when launching but even so, the performance is rather incredible for a diesel limo. G-Power also claims that the full grunt of the upgraded engine only comes on when the operating temperature of the oil reaches the perfect temperature. As a protection, the D-Tronic 5 performance module they install will also return the ECU map to its original settings when that temperature increases or drops too much so that you won’t have any issues with your car. 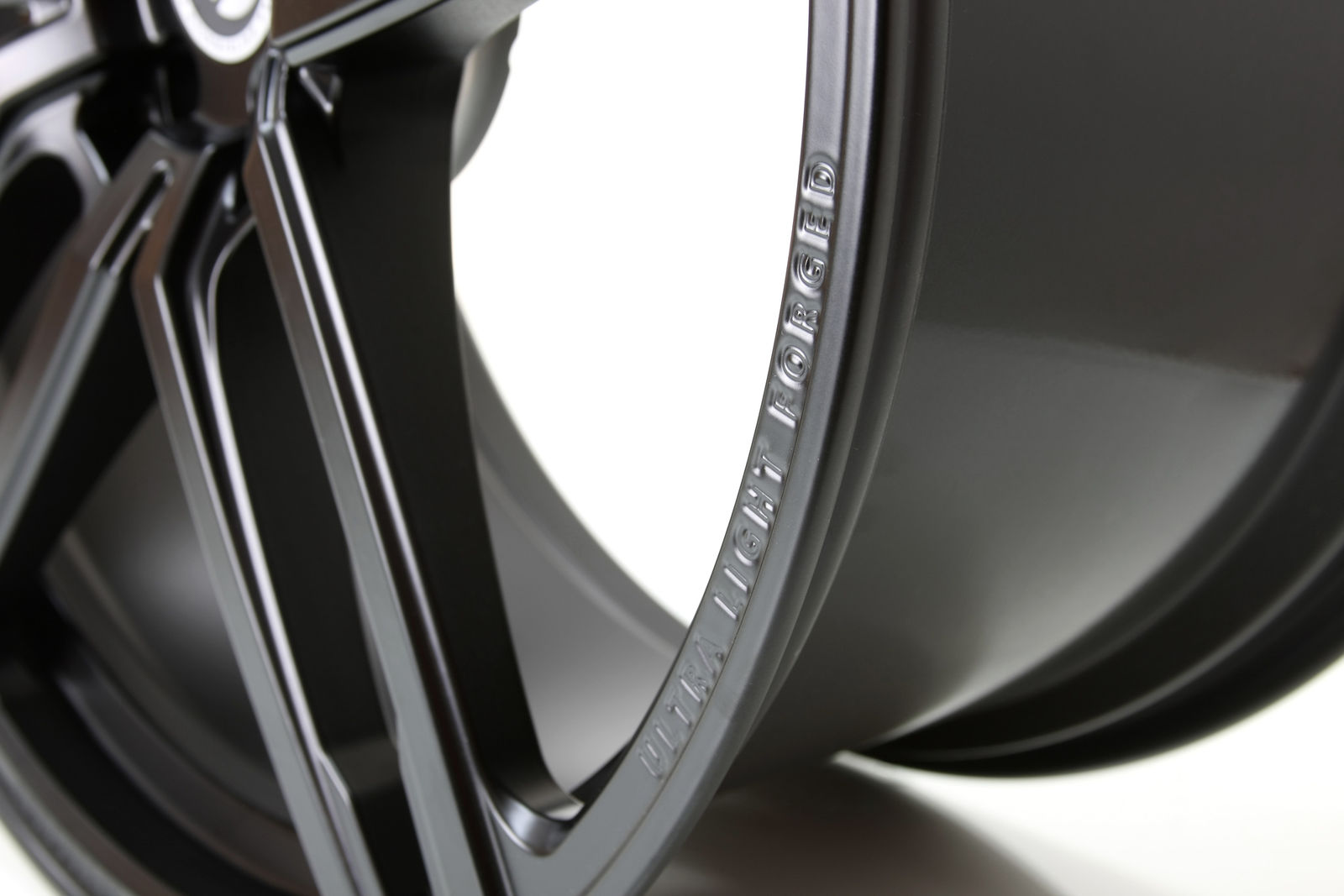 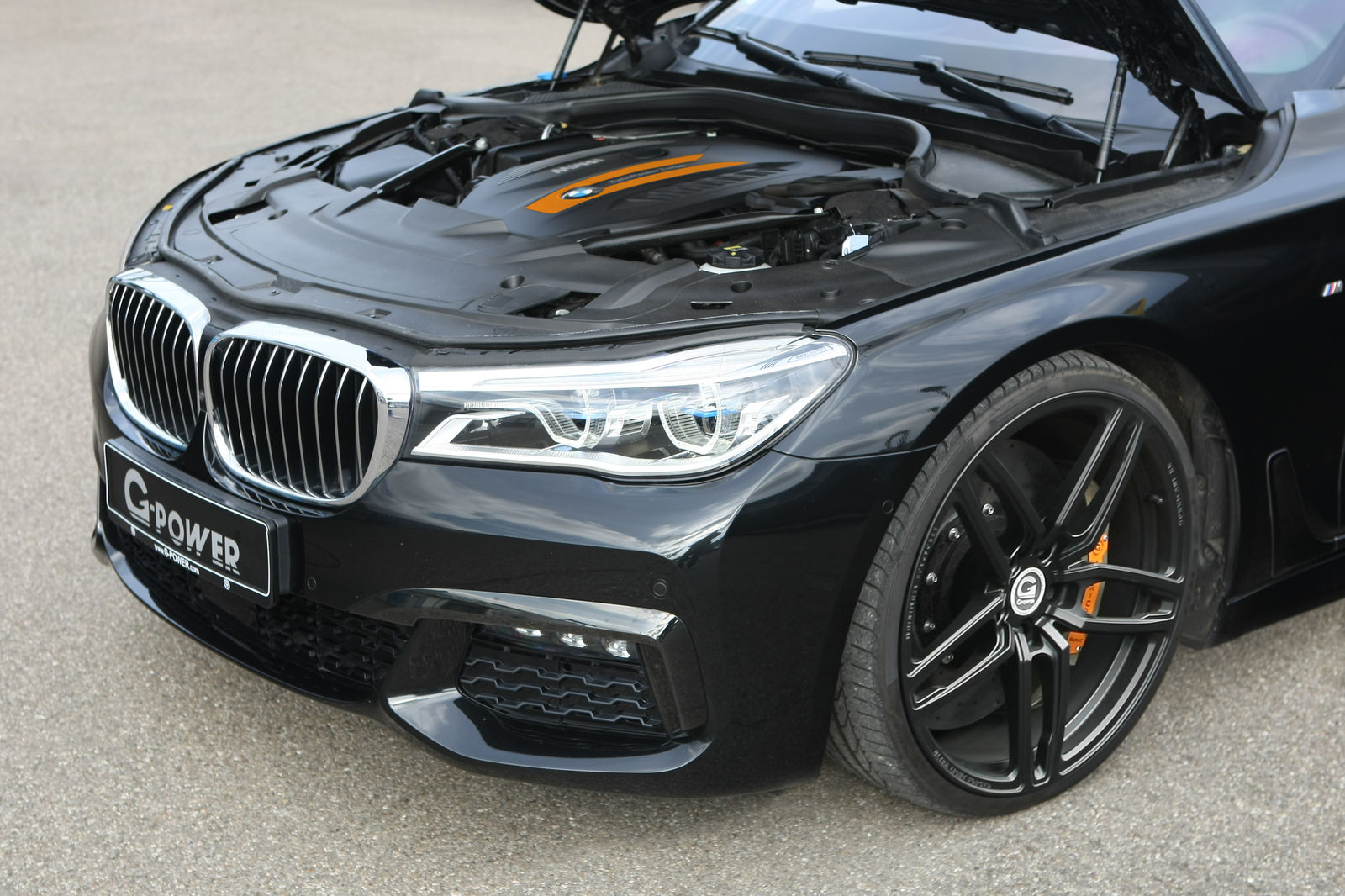 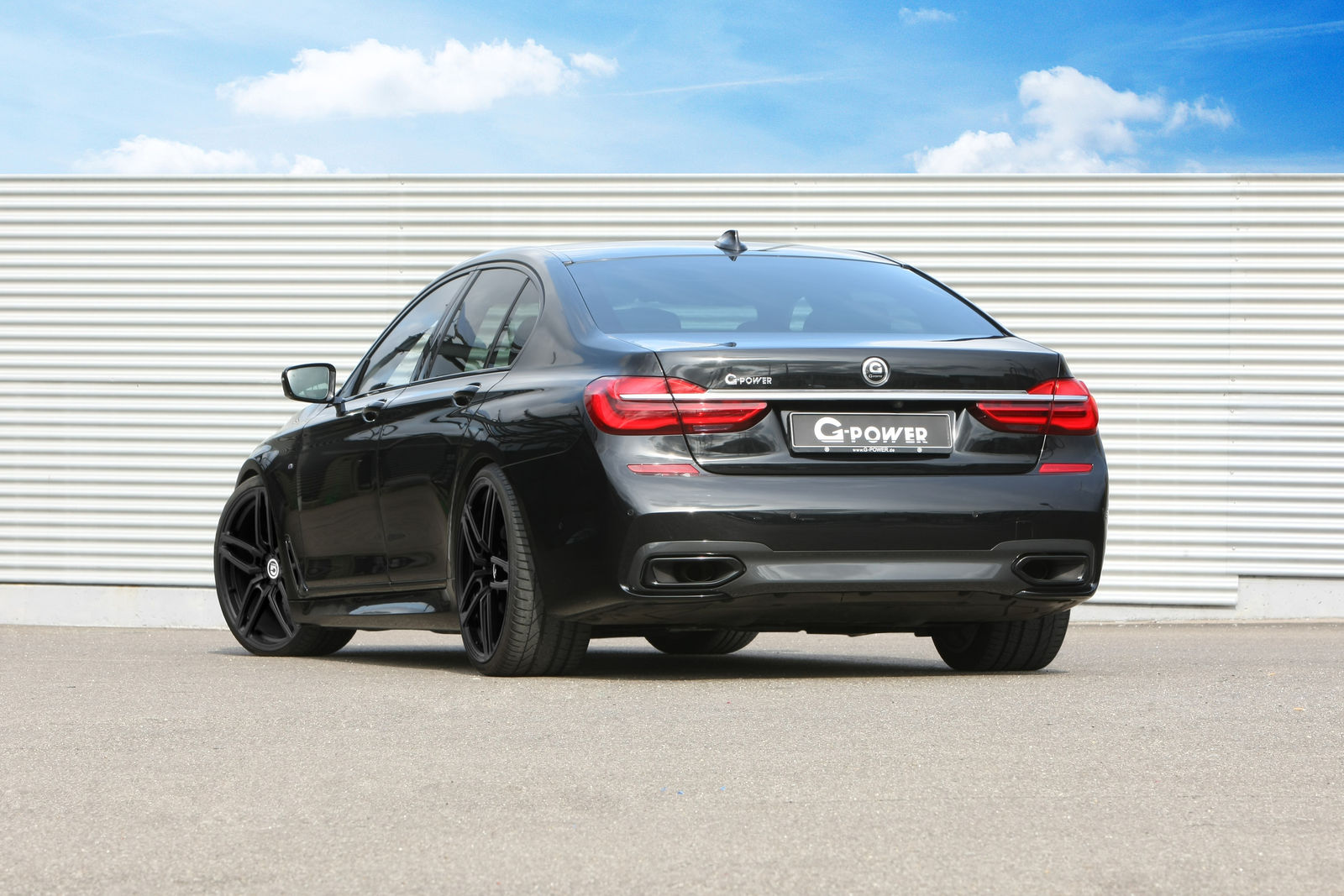 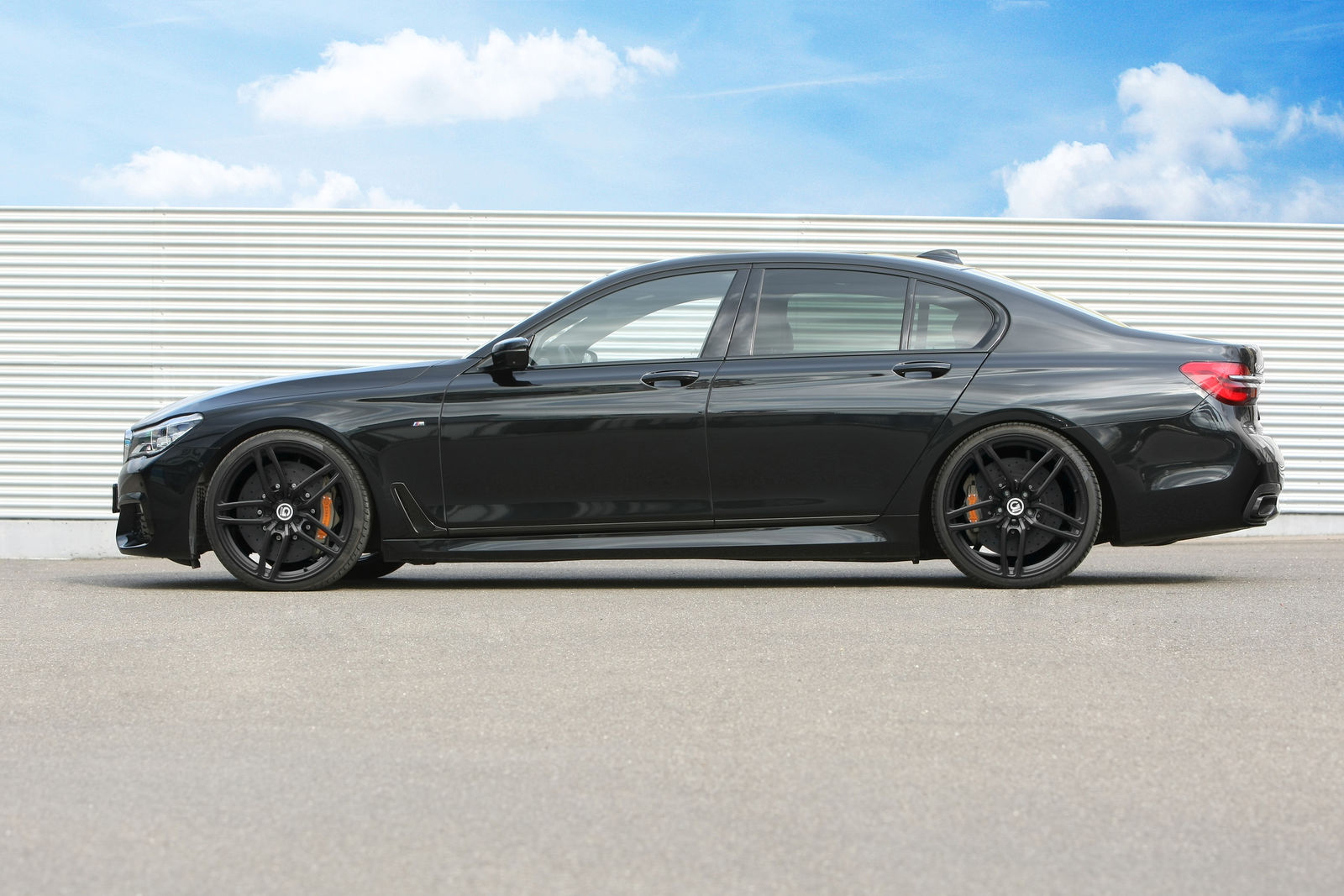