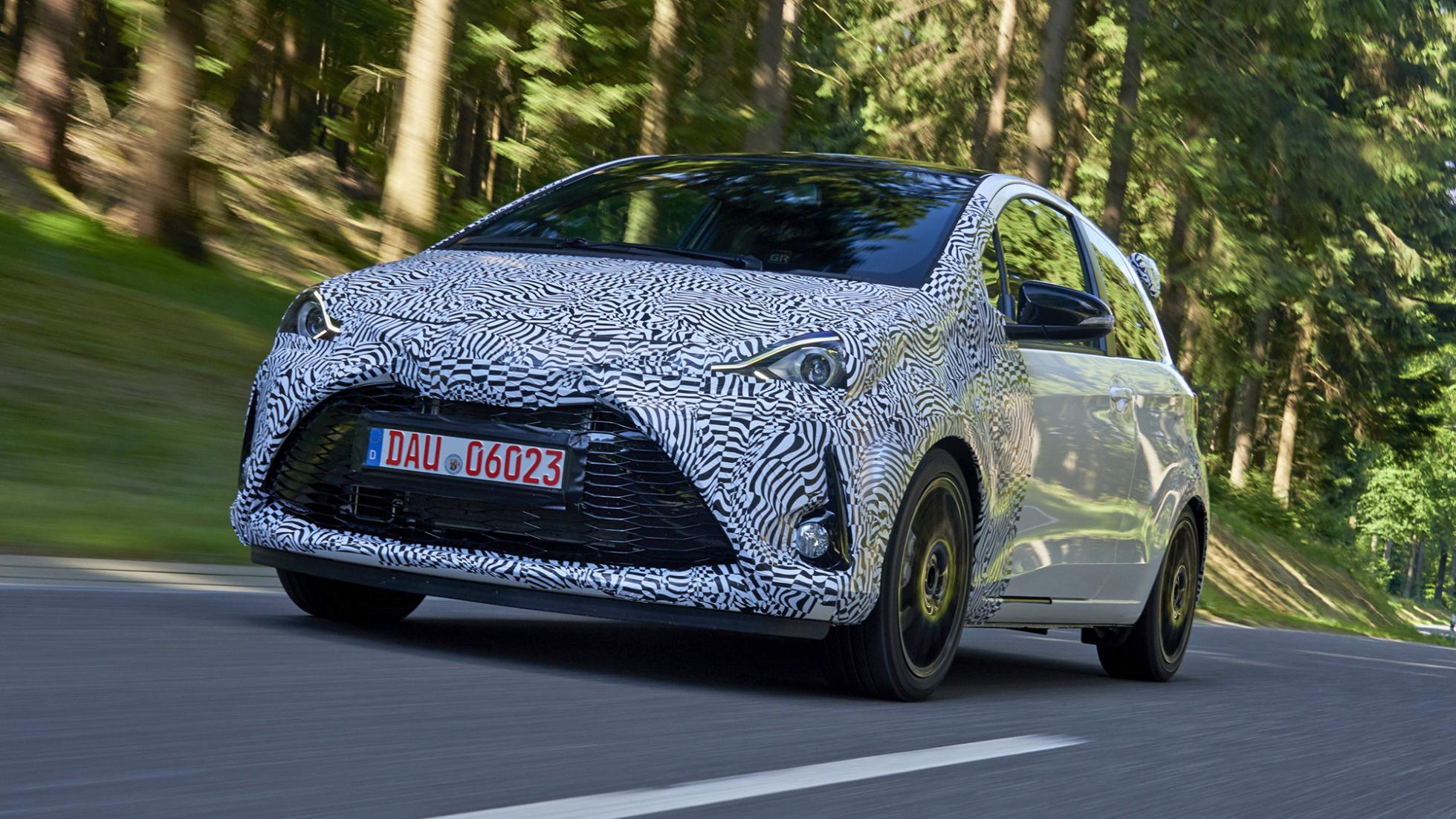 It seems as if Toyota is on a bit of a performance resurgence as of late. The first sign of its performance revival is the upcoming Toyota Supra, which will be based on the same chassis as the upcoming BMW Z4. This car should be a faithful successor to Toyota’s famous sports cars, with rear-wheel drive and a straight-six engine. However, the Japanese brand will be creating a new performance car, though one that will compete in a much cheaper segment. Welcome the Toyota Yaris GRMN.

So aside from its dumb name, the Toyota Yaris GRMN (Gazoo Racing tuned by Meisters of the Nürburgring…seriously) should be a fun hot hatch that can compete with the MINI Cooper S when it finally debuts. While this will be a limited run car, the lucky 400 customers will have a hot hatch that could run the MINI Cooper S out of town. And just think, Toyota only spent nine months developing this car.

Under the hood lies a 1.8 liter supercharged four-cylinder engine that’s very similar to the one in a Lotus Elise. That gives it 209 hp and 189 lb-ft of torque, which is just a bit more power than a MINI Cooper S but a bit less torque. Thank the supercharger for that, though it will give the Toyota a sharper throttle response. That little engine is paired with a six-speed manual, as its only option, and a Torsen front differential.

Now, MINIs are usually some of the most fun hot hatches on the planet. So this new Toyota needs to be properly good to take on the best from Britain. So it’s a good thing that it is. According to Top Gear, it’s sharp, agile, incredibly light and great fun to drive. The steering is sharp, direct and natural feeling. Thanks to being incredibly light, it’s supremely agile and feels like an old-school hot hatch. There are not throttle, steering or suspension settings. The only adjustable settings are those for the stability control.

This seems like a really fun and enjoyable little car and one that would make enthusiasts very happy. It’s a shame that Toyota is only selling 400 of these, as it could be the best hot hatch on the market when it finally hits. However, it does point to the famous Japanese brand getting back into the performance game. Maybe it was its partnership with BMW that sprung Toyota to start making performance machines again. And if this new Yaris hot hatch does well enough, it’s possible it could go into production permanently.