VIDEO: 2018 Toyota Supra spied on Nurburgring — looks like a Supra, has BMW noise 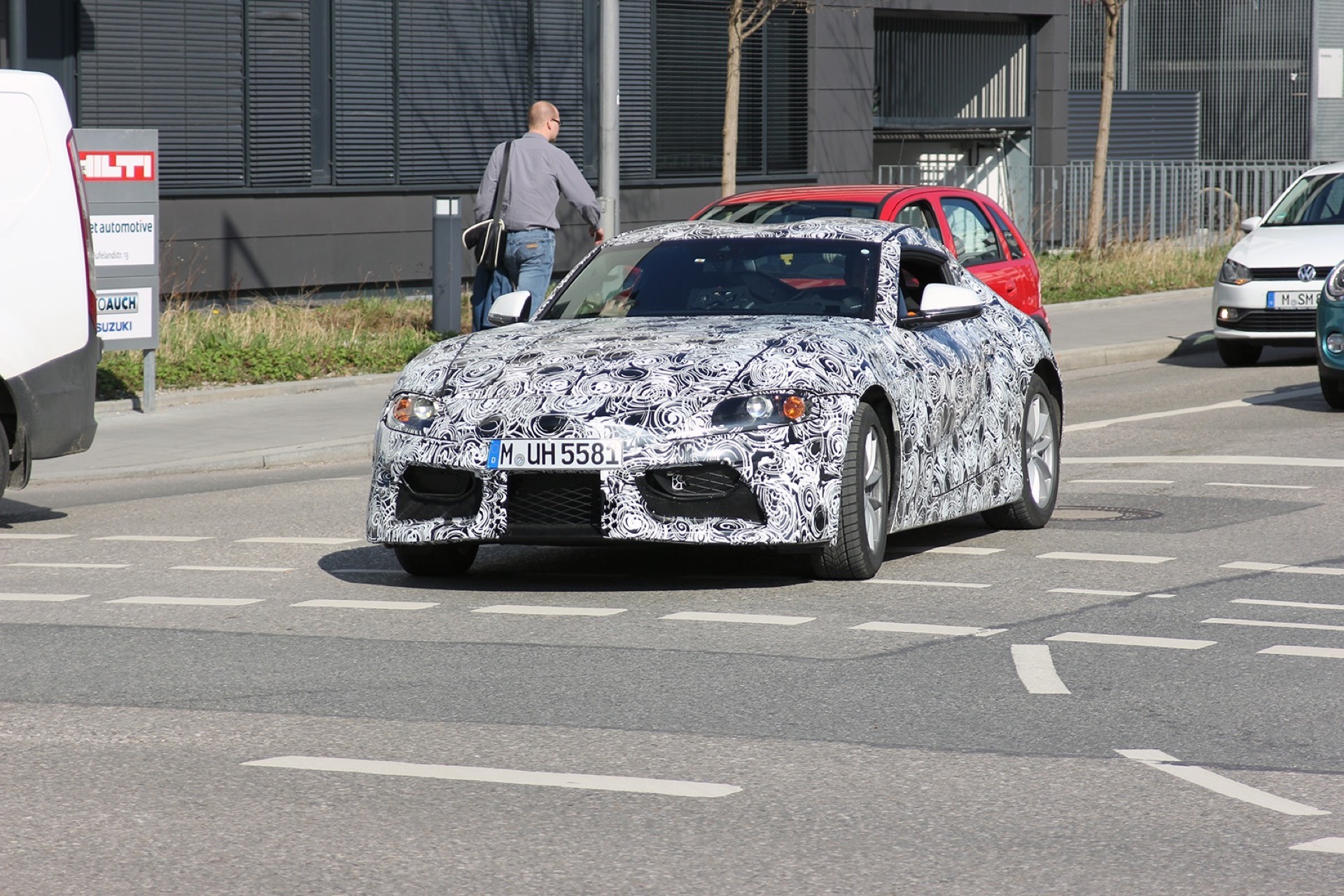 We’ve spoken many times about the upcoming Toyota Supra and how it’s being developed alongside the next-gen BMW Z4. The two companies have been working on this joint sports car project for some time now, which will spawn both cars. They will share most of their chassis bits with each other, possibly suspension bits as well, and will also share technology.

In this new spy video, we can see the upcoming Toyota Supra hitting the famed Nurburgring and doing some hot laps. Now, there are some who are upset with us, and other journalistic publications, for calling this a “Supra”, as Toyota has not yet announced what it will be called. And that’s true, it’s possible that Toyota won’t be calling it a Supra, as that hasn’t been confirmed yet. However, just look at it. It has all of the classic Toyota Supra looks and styling.

To these eyes, it looks very good. Short rear deck, long hood, low-sloping scuttle and compact size. It’s the classic Supra shape and it looks very good. It even has a sort-of double-bubble roof, which looks pretty cool. But the interesting part about this video is the noise that’s coming from the back of the car.

We’ve already heard that this new Supra could share a BMW engine or two. There have been rumors of Toyota going with its own turbo four-cylinder for the base car and using a BMW I6 in the hot version. Judging from the sound in this video, that seems possible. Listen to the exhaust growl on corner exit, in this video. That clearly sounds like a BMW I6, specifically the new B58 3.0 liter turbocharged I6. I say that because I recently just spent a week with a BMW M240i, using the same engine, and it sounded very much like that. It would also make a lot of sense for the Supra to use a BMW I6 engine. The Toyota Supra has a rich history of inline-six engines and BMW currently makes the best I6 engines in the world. So why spend the R&D on developing a new one when Toyota can borrow one of BMW’s? Especially so, considering that they’re both designing the car together.

You can also hear little burps on upshifts, which would suggest this car has some sort of automatic transmission. If that’s the case, it’s like the same ZF-sourced eight-speed auto that BMW, and almost the rest of the industry, uses. That would make even more sense if it was paired with BMW’s B58 engine.

Check out the video and let us know what you think. But to these untrained ears, it sounds like a BMW B58 I6 engine and looks like a Supra. If I’m right, that’s a pretty damn good combination.

8 responses to “VIDEO: 2018 Toyota Supra spied on Nurburgring — looks like a Supra, has BMW noise”