The Mercedes-AMG S63 has been at the top of the limousine segment for years without being challenged by a proper rival from BMW’s M division. The year 2016 rolled by and the Bavarians decided to launch the BMW M760Li xDrive which is still not the M7 we’ve been waiting for, but it’s an M Performance model nonetheless and a quite fast one too.

Under its hood hides the most powerful engine BMW ever fitted in a production car, a turbocharged 6.6-liter V12 making in excess of 600 HP and 800 Nm (590 lb-ft) of torque. The engine is so strong that the launch control sequence kicks off in second gear to make sure no parts from the drivetrain end up on the ground. According to BMW, the M760Li xDrive will do 100 km/h (62 mph) from standstill in 3.7 seconds and that’s plenty fast for a car that’s meant to drive around with high-ranking executives in the back. 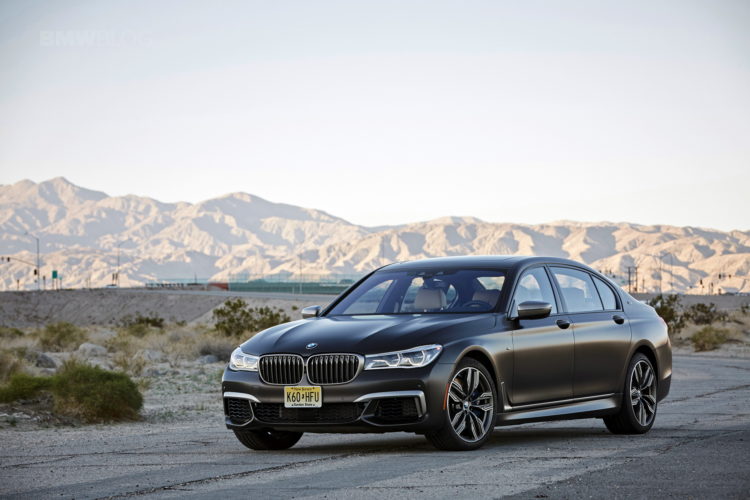 In the video below, we get to see the Bimmer going up against its rival from Stuttgart, the Mercedes-AMG S63 AMG. To be fair, the M760Li isn’t supposed to go up against a full-blown AMG model as it is just an M Performance model but then again, the BMW does use a V12 against the S63’s V8. Even so, the fairest comparison would be with Mercedes’ S65 model that also uses a V12 for the time being.

The S63 AMG uses a 5.5-liter V8 with two turbochargers mounted in between the V and delivering 585 HP and 900 Nm (664 lb-ft) of torque. Unlike the BMW, the Merc uses a 7-speed gearbox and should reach 100 km/h (62 mph) in 4 seconds flat. Therefore, the run should be pretty close and, as we’re about to see, the two are marginally apart but then again, people buying them will rarely cross shop or even care about such trivial things.