The BMW M140i is one of the best driving cars you can get from BMW these days and it’s really a shame it doesn’t reach US soil. The M140i is also the only hot hatch in the industry at the moment using a straight six engine with a RWD layout. We had the chance of sampling it last year and we were impressed with the way it managed to do everything while putting a smile on our face at the same time. It seems like we aren’t the only ones thinking highly of this beauty either.

The guys from What Car? took one for a spin as well and the end result included a lot smiling and praise, for what is, beyond any doubt, a rare bird these days. Hot hatches usually make use of small engines. They have been developed from the get go to be small and fun to drive, and the initial concept was developed around a FWD layout. Cars like the Peugeot 206 GTi, for example, used to pave the road back in the days when hot hatches were still a new thing. 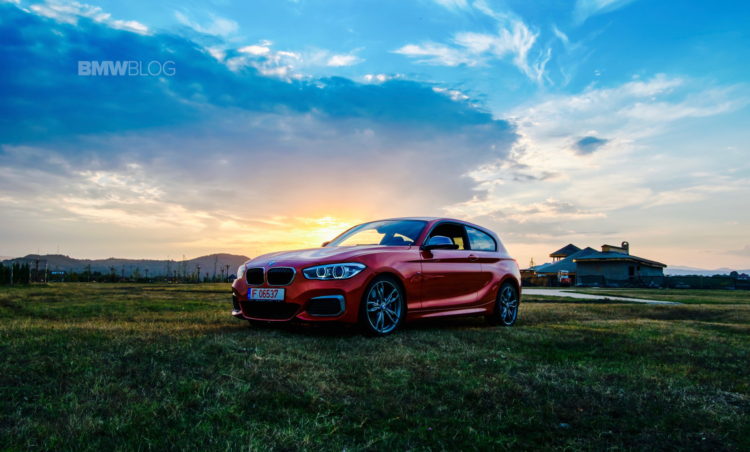 Today, the same recipe is used by most manufacturers but since BMW is traditionally offering RWD cars and they just so happen to have a hatch in their offering, it would’ve been a shame not to combine the two for a special model. That special car is the BMW M140i and its 3-liter turbocharged engine makes sure your rear wheels will never settle, at least when driving it without xDrive. Our test vehicle last year was fitted with an automatic 8-speed gearbox and we felt the rear axle losing grip all the time, without even trying.

Rebecca, on the other hand, drives a manual M140i in the review below and that thing must be even more fun on the road, as long as you know what you’re doing with that clutch pedal. Overall, the car is praised for a lot of its characteristics in the short review, but there are some drawbacks as well. For example, the rear seats are rather cramped and the transmission tunnel does take away even more of that space in the back. Issues like this will no longer be a problem in the future as the 1 Series range is expected to migrate to a FWD layout once the new model comes out, offering more space inside. Let’s hope it will do so without losing any of the fun it provides behind the wheel.