The replacement of the M6 Coupe is due out in 2019 and it will be built off the 8 Series design and platform. To be sold under the M8 badge, the new high-end sporty coupe will be the first M8 model to hit the market, after BMW has toyed with the idea back in the ’90s. BMW has already previewed the M8 through a series of camouflaged photos, building hype for 2018 and for its return to Le Mans racing.

“The conception and development of the standard BMW 8 Series and the M model run in parallel,” said Frank van Meel, President BMW M Division. “The future BMW M8 will build on the genes of the 8 Series and augment its DNA with added track ability and generous extra portions of dynamic sharpness, precision and agility. It all flows into a driving experience that bears the familiar BMW M hallmarks and satisfies our customers’ most exacting requirements.” 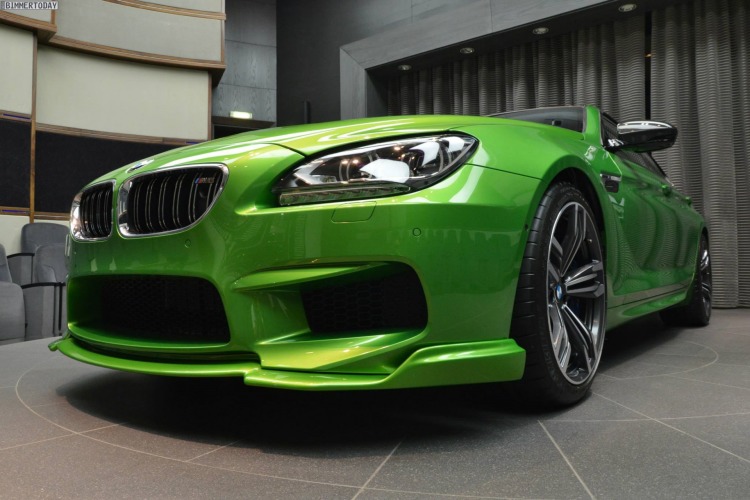 The rendering attached here shows a muscular M8 Coupe, with the typical M design cues and beefed up bodykit. The wheels are larger than the 8 Series Coupe, the front-end is more aggressive and the ride height is lower.

We’ve gotten no specs as of yet, so we don’t know what sort of engine or power figures the M8 will have. We feel as if it could go in one of two directions. It could either get the same S63 4.4 liter twin-turbo V8 as the F90 BMW M5 or maybe the same 6.6 liter twin-turbocharged V12 as the BMW M760i. They both make around the same 600 hp, so either way it would be properly quick. The original BMW 850CSi, and prototype M8, had a V12 engine and it seems that as BMW’s flagship it should have its biggest engine. On the other side though, the new S63 V8 is just as powerful and significantly lighter, allowing the M8 to handle better and have sharper steering.

So if we were to place a bet, we’d go with the V8 TwinTurbo that’s to be found in the upcoming F90 M5.

Alongside the standard BMW M8 will come the BMW M8 GTE, the race car that will spearhead the brand’s return to Le Mans. “The BMW M8 GTE development programme for our Le Mans comeback is in full swing,” says BMW Motorsport Director Jens Marquardt. “Developing a new racing car is always exciting, and in the case of the BMW M8 GTE the anticipation is that much greater still. We can’t reveal any pictures yet, but I can promise you that the BMW M8 GTE will look spectacular. We are planning an initial roll-out for the first half of this year and are looking at giving the car its race debut in the Daytona 24 Hours in late January 2018.”