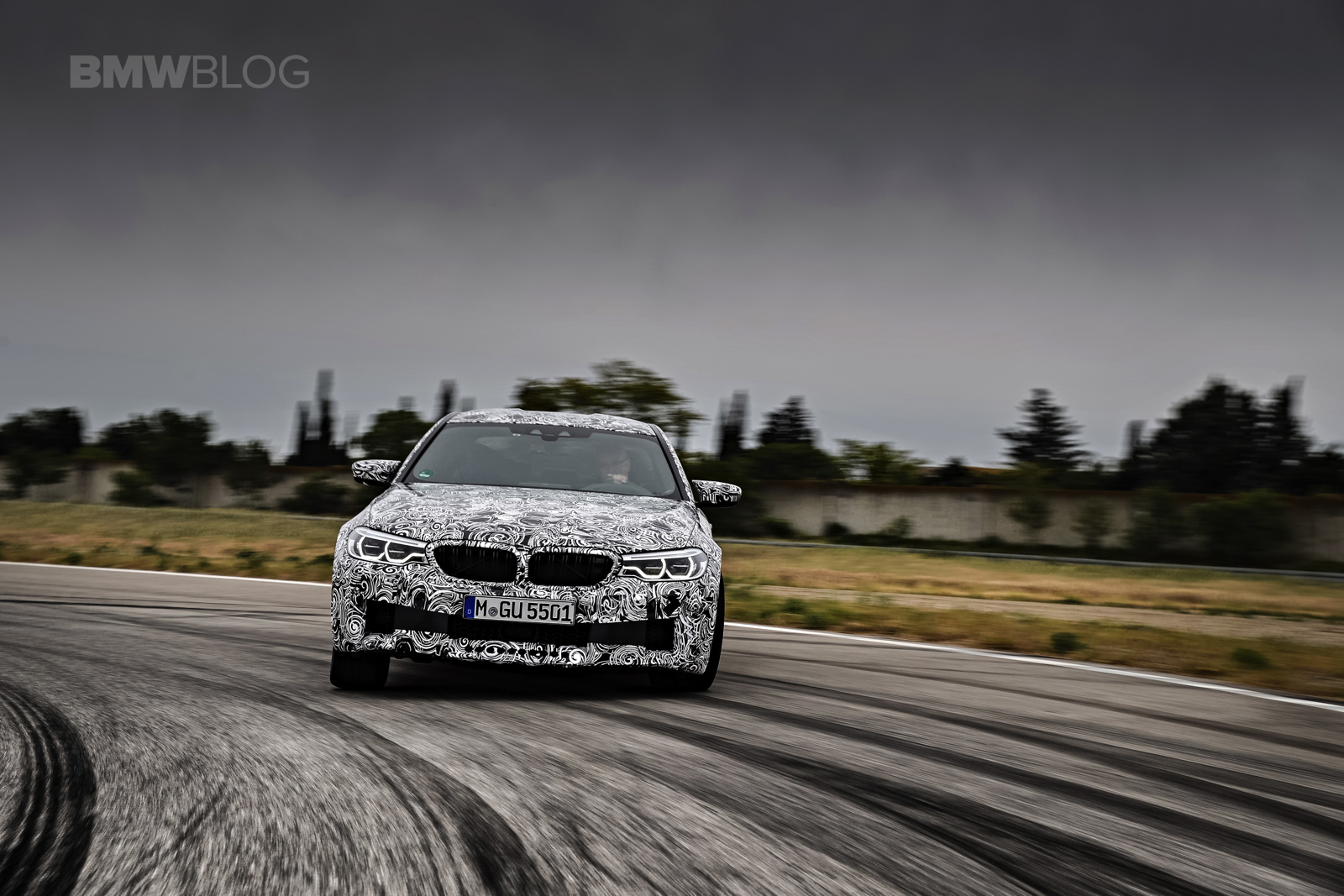 On May 23, BMW M held an event in Belgium, celebrating the launch of the BMW M League, which is a loyalty program for BMW M customers. There were tons of M Cars, a DJ and many M cars doing many skids. Basically, the typical BMW M event. However, at this event, there was something called the “Discovery Room”, which housed a completely naked F90 BMW M5. By naked, I mean that it lacked any camouflage, don’t get fresh. So attendees could see the new M5 in all of its glory.Of course, BMW forbid any cameras or mobile phones in the Discovery Room, so as to not have any photos of the upcoming car leaked. But, car enthusiasts being car enthusiasts, some details have emerged.

Because BMW allowed the visitors to open the hood, trunk, doors, sit inside and play with everything except the engine, some visitors started getting nosy. While BMW covered up the VIN number on the windshield, they must have forgotten to cover the one under the hood. So some Sherlock Holmes type was able to memorize the VIN under the hood and punch it into a decoder after leaving the room. From that VIN, we can determine the exact spec and equipment of that exact M5. Pretty cool. 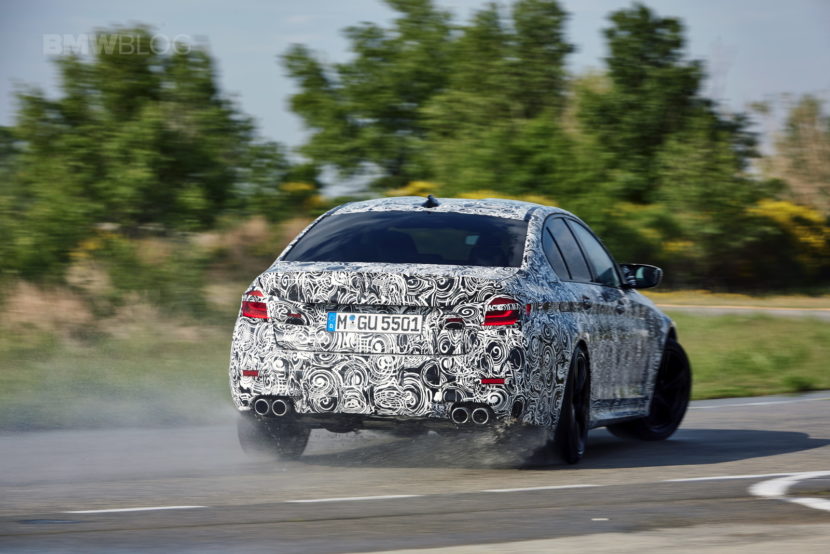 It was a Marina Bay Blue Metallic M5 with Silverstone leather interior and a new sort of carbon fiber trim. Apparently, the carbon fiber trim is what this particular visitor described as a “smooth dry” carbon trim. So not the sort of rough, “open-pore” carbon fiber trim of the M2 or M4 GTS. Most of the spec sheet is written in German but it can be seen here.

We also get to read some of the visitor’s impressions of the M5 on the outside and inside and it’s pretty interesting. This new M5 features some new features that should be pretty cool. One of which is the psuedo double-bubble carbon fiber roof. While it won’t be a traditional double-bubble roof, it will likely be what you get on the M6 Gran Coupe, where the roof sort of mimics it. Still, it looks great on the M6 GC, so we’re excited to it on the M5. On the inside, there’s a fully-digital gauge cluster and we wonder if that means it’s different from the sort of digital/analog cluster of the standard 5 Series. There’s also two new little red paddles on the top of the actual steering wheel that house the “M1” and “M2” buttons, rather than having them as little buttons on the steering wheel itself. If you watch this video we posted yesterday, you can actually see them but they’re covered in black tape. I remember wondering what those little nubs were but know we know.

If you’re as excited about the new M5 as we are, this post is worth a read. Go check it out and get as much info on the M5 as you possibly can before its debut in September.