The BMW 8 Series fever continues. Over the past few weeks, we’ve seen countless 8 Series and M8 renders, fans trying to figure out what the final product will look like, all based on the concept BMW recently unveiled. Considering how close BMW claims the final product to be to the concept, it’s reasonable to think that these renders can get pretty close to the real deal. This latest BMW M8 rendering comes from Top Speed and it’s a bit different than the others in that it’s of a Convertible, rather than the more common coupe.

In this new render, Top Speed takes much of the BMW 8 Series Concept and just tries to make it more production ready. For instance, the incredibly aggressive headlights remain, just less squinty and more street-legal looking. The massive Kidney Grilles remain, and are still joined at the middle, but are a bit less gargantuan. If the final BMW M8’s face looks like this, I think we’ll all be pleased. That’s a pretty damn aggressive mug and it looks good. 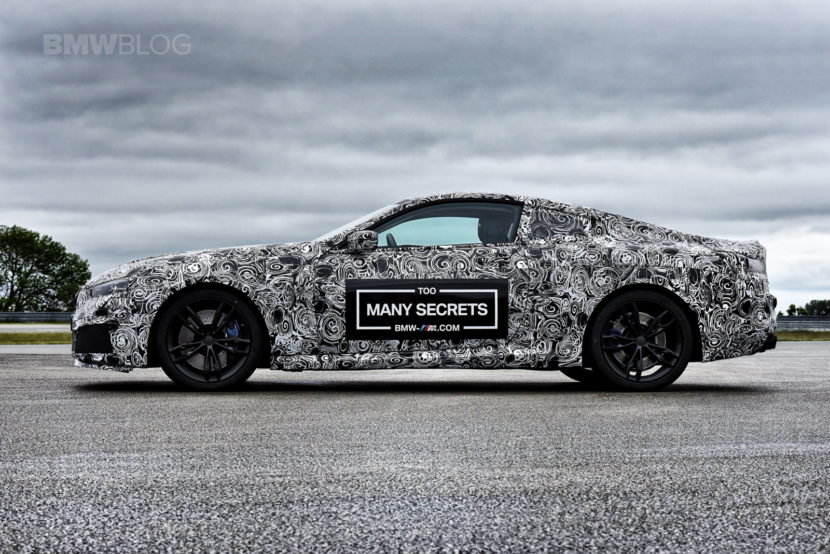 Down the side, Top Speed chose to add a modern BMW air-breather style “M8” badge to the massive side air vent and it looks like something BMW will do. It looks natural and normal on a BMW M product, despite the size difference. Though, we expect different side mirrors, as the ones on this render are normal BMW mirrors, while it will probably get some more aggressive M mirrors, like on the new M5 and on the M8 spy shots.

While this render, as all of them do, just takes some of the BMW 8 Series Concept bits and combines them with some traditional BMW styling, this could look a lot like the real thing. Though, we’re expecting the upcoming 8 Series to break BMW’s mold a little bit. The way the 8er’s rear greenhouse tapers toward the back, accentuating its rear haunches actually looks more Jag F-Type that typical BMW coupe, for instance. So maybe the brand surprises us with its design, but this new render could look a lot like the final product.