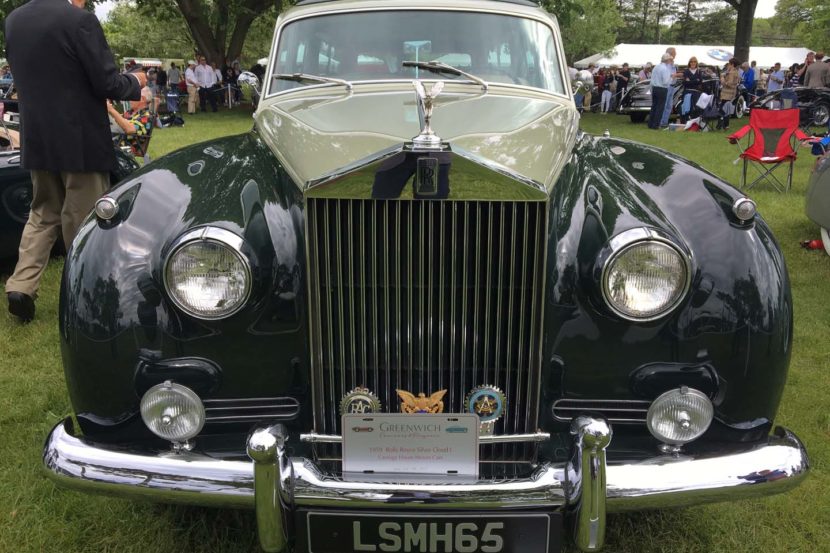 I must, almost embarrassingly, admit that before June 4, I had never been to a Concours event in my life. I’d always looked on as other auto journalists went to Pebble Beach, Amelia Island or Lake Como with extraordinary jealousy. However, this past Sunday, I had the chance to attend my first ever Concours and I jumped on it without hesitation. Admittedly, it was one of the smaller Concours events but still, nothing was going to bring me down that day because it was, indeed, a Concours d’Elegance. To make the day even better, I had been invited to tag along with Rolls Royce. So there I was, attending the 2017 Greenwich Concours d’Elegance with the most prestigious automaker in the history of the automobile. There are worse days at the office.

Ironically, Rolls Royce wasn’t actually showing off any cars in Greenwich. There were some classic Rolls’ in attendance but they were owned by private owners, as the famous British brand was lacking stand at the show. Still, we were hanging out with Rolls and checking out some incredible cars, both classic and modern.

Despite Rolls Royce not having a stand in Greenwich, one of the coolest cars at the show was, in fact, a Rolls Royce. It was a 1959 Rolls Royce Silver Cloud I Wagon. It was awesome, super rare and was one of the highlights of the show. Everyone was gathering around it, asking questions, taking pictures and just generating a buzz. It’s not often you see a Rolls wagon but it was damn cool.

One automaker that did have a stand there was BMW. While there weren’t many Bimmers there, the ones we saw were great. The BMW M760i made an appearance, as did an M6 Gran Coupe. But the coolest car at the stand was the Warsteiner E30 M3 DTM car, which was awesome. Some private owners also has some cool Bimmers. There was a BMW 3.0 CSL ALPINA and the E39 M5 that broke the Cannonball Run record. So Bavaria was well represented in Greenwich.

But the largest automaker presence at the show was Ferrari. There was what seemed like dozens of stunningly beautiful classic Ferraris along with more modern ones, like the LaFerrari. Being a complete Ferrari geek, I was in heaven. I just stood in the middle of a massive circle of incredible Marenello machines and gawked at the wonder of them all. It was a real treat. 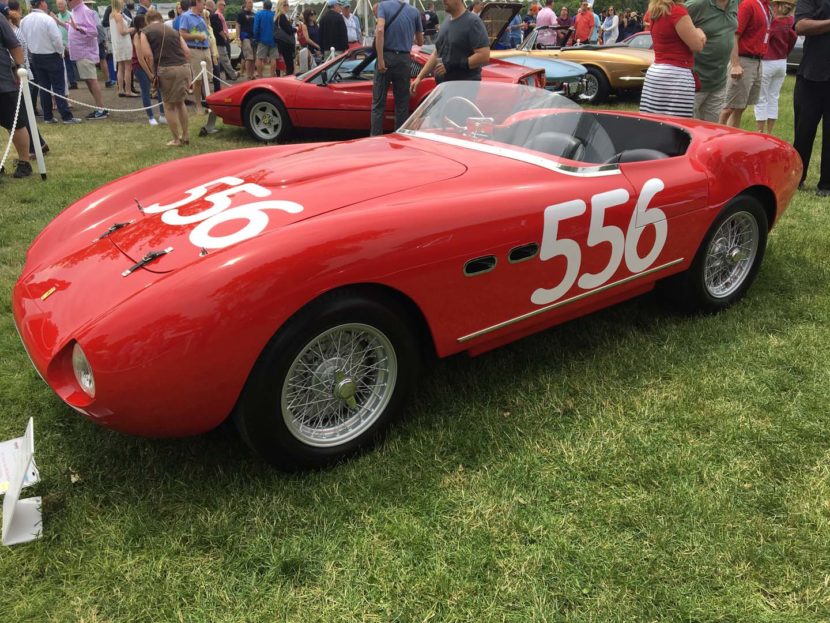 There was a lot of great Italian metal there. We saw the Lamborghini Centenario, the car the celebrates Ferruccio Lamborghini’s 100th birthday, which is one of the most extreme exotic cars ever made. We also saw the first to Lamborghini models ever made, the 350GT and 400GT. Both were in immaculate condition and both were gorgeous. I finally saw a Pagani Huayra, which was a real treat. There was even an Alfa Romeo GTV 1750 that used to be owned by Tim Allen. Didn’t know he liked small Italian cars. Was cool, though.

However, the car that received more attention than any other car I saw that day wasn’t actually at the Concours. It was at a restaurant nearby where we had lunch. Parked in the front of the restaurant was a classic Mercedes-Benz 300SL Gullwing and everyone stopped in their tracks to take pictures of it, gawk at it and just admire its beauty. Including myself. I know many BMW fans will scoff at the idea of love any Mercedes but the 300SL Gullwing is easily one of the most beautiful and incredible cars ever made. The owner was kind enough to leave the famous gullwing doors open for people to see in and take pictures. Surrounding the Gullwing was a Dodge Viper ACR, Ferrari 575 Marenello, Ferrari FF and a 1953 Chrysler D’Elegance by Ghia. Not a single person cared about any of them, giving all of their attention to the Gullwing. That’s the kind of presence it had.

Even though it was a relatively small show, and had nowhere near the pedigree as Pebble Beach or Amelia Island, there were still some stunning cars to be seen. Check the photo gallery below to see some of the great cars we saw.