Being that the upcoming BMW F90 M5 isn’t on the road yet, the current super sedan king wears an AMG badge. The new Mercedes-AMG E63 S is a monster of a car. With over 600 hp and all-wheel drive, it’s capable of 0-60 mph in 3.3 seconds. That’s madness in a car of its size. Because it’s currently the fastest and it’s the newest, Autocar thought it a good idea to put it through a bit of a gauntlet.

The AMG was put through three different tests against three different cars. The idea is to see how well-rounded an athlete the AMG E63 S is. Much like an Ironman race, the E63 S needs to be skilled at many different things. And in each test, it goes up against what is largely considered the best car for it.

First up, the AMG E63 S goes up against the Lexus GS F for exhaust noise. The current AMG E63 S is twin-turbocharged, which sucks some of the exhaust sound from the car. The current Lexus GS F uses a normally-aspirated 5.0 liter V8 and it makes very good noises. Turns out, though, that most of those exciting noises come from the speakers inside the car. So when Autocar tested both exhaust sounds from the outside, it was quite easily determined that the AMG was the better sounding car. On to the next test.

Next, the AMG had to tackle the Audi RS7 Performance for straight-line speed. There are very few things on earth as fast as an Audi RS7 Performance in a straight line. It also packs 605 hp and all-wheel drive and can the sheer brutality of its acceleration is almost silly. Autocar, using fancy acceleration detection equipment, clocked the RS7 at 0-60 mph 3.36 seconds, which is insane. However, the AMG E63 S beat it by a hair. On to the next test. 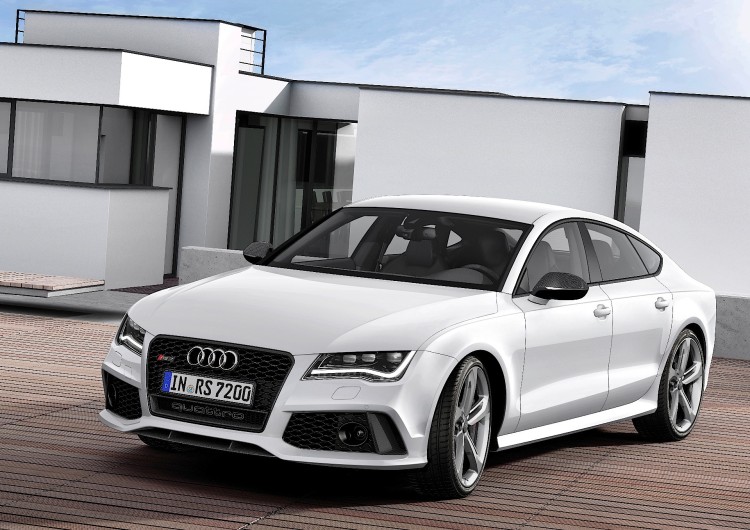 In terms of ride comfort and quality, Autocar actually found the steel-sprung BMW to ride better than the air-ride AMG. The AMG E63 S is just to harsh and sloppy over rough pavement, which is odd considering its air suspension. And it doesn’t pay off in the handling department, where it feels to safe and the steering is too numb. The BMW M6 Gran Coupe is more supple and compliant over bumps while also being more planted, more dynamic and more communicative. There’s just better chassis and suspension engineering in the M6.

So the Mercedes-AMG E63 S made it through two of the three challenges. It’s an impressive, exciting and incredibly fast car. It’s just not as good of a driver’s car as the M6 Gran Coupe Comp Pack. Admittedly, the M6 Gran Coupe isn’t the E63’s prime competitor, the upcoming M5 is. But if a car that’s almost on its way out can out-handle the brand-new AMG E63 S, the upcoming BMW F90 M5 has a really good shot at doing it, too.