Video: Alfa Romeo Giulia QV and BMW M4 Competition Compared Back to Back

Ever since the Alfa Romeo Giulia Quadrifoglio Verde came out, hundreds of tests were done against the benchmark in the segment – the M3. For over 30 years, the BMW M3, and now the BMW M4, have been the best in the segment when it came to an all-round package. Now with the Italians back on the scene, things are getting a bit more complicated for the Germans; the Alfa turning out to be quite a fierce challenger.

As far as a clear winner goes, conclusions are still split, depending mostly on how one reviewer or another prefers certain aspects of the two sports cars. To be fair, the BMW M4 would need the Competition Package to keep up as the standard version is a bit more mellow than we’ve wanted. 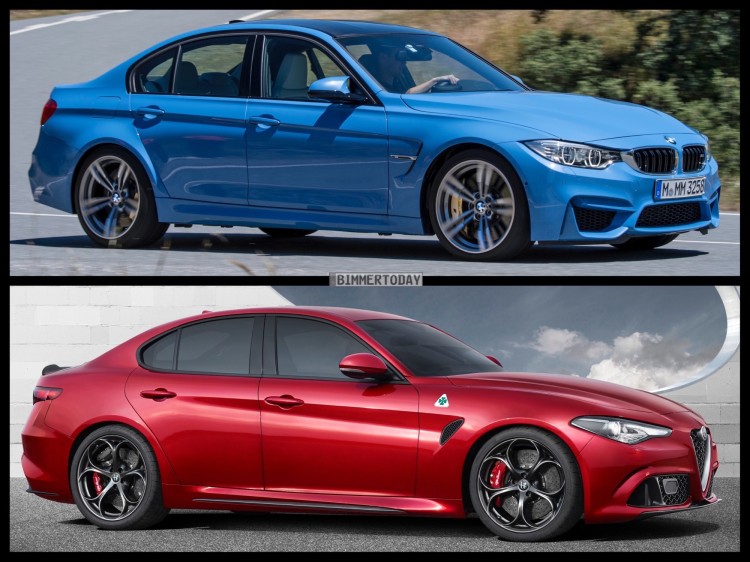 The spec sheet shows a clear winner in the shape of the Alfa. Using a Ferrari-developed 2.9-liter twin-turbo V6, the 500+ HP of the Italian are quite a lot to handle, especially since the BMW side has to deal with it using only 450 HP. Furthermore, whereas the weight would usually work in the favor of the M-developed machine, the Giulia doesn’t tip the scale at much higher than the Bimmer, so no win over there either.

The guys from AutoTopNL took the two out for a quick shootout to compare them back to back and restrained from offering any sort of conclusion. What’s instantly noticeable is that the BMW M4 seems to be the more visceral choice. It’s noisier at high speeds and while that might be due to the frameless windows up front, it may also point to a strategy carefully thought out by BMW to make you feel even more engaged behind the wheel.

Other than that, the performance both these cars offer is more than enough for daily doses of adrenaline. It comes down to personal preference in the end.