Over the past few weeks we’ve seen all sorts of comparisons between the BMW M2 and its rival from Audi, the RS3. We’ve seen the two go up against a more focused rival as well, in the shape of the Porsche Cayman, but we all know that’s not exactly a fair fight. So, what would happen if the M2 and the RS3 took to the drag strip to sort things out the old-fashion way?

The video below seems to provide an answer but, in all honesty, the result of this particular drag race left us wondering if this was even a fair fight at all. If you look at the spec sheet, the two sporty cars should be a lot closer than they appear to be in the footage posted here, especially since the M2 is apparently a manual instead of the ultra-fast 7-speed DCT gearbox.The Audi RS3 comes with a 2.5-liter turbocharged 5-cylinder engine making 367 PS and 465 Nm (343 lb-ft) of torque. It delivers the power to all four corners of the car using a 7-speed automatic gearbox which is also the only choice you can get. 0-62 mph happens in 4.3 seconds. 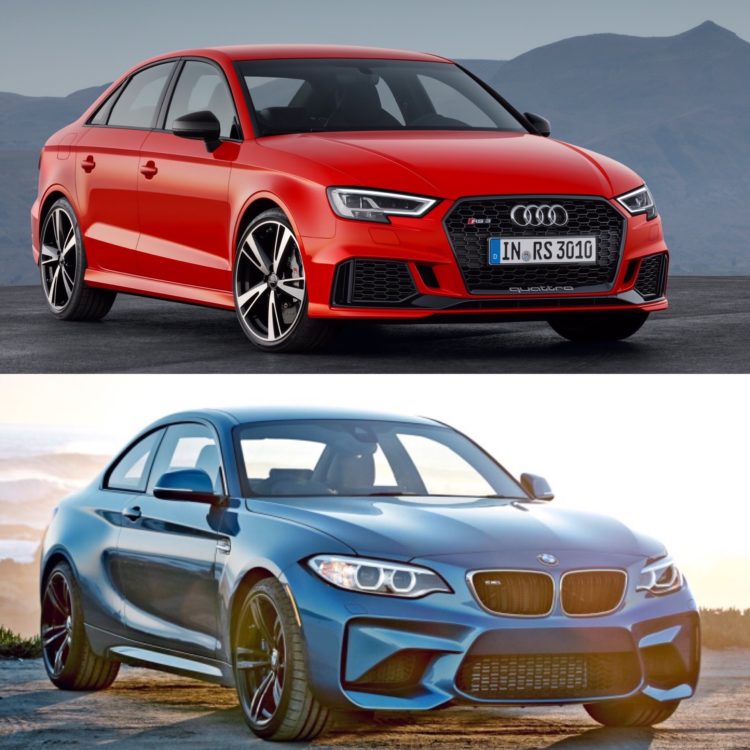 On the other hand, the BMW M2 uses a 3-liter straight six turbocharged engine making 370 PS and up to 500 Nm (369 lb-ft) of torque with overboost. Normally, the engine develops 465 Nm (343 lb-ft) of torque. All that grunt is delivered to the rear axle using either a manual gearbox or a 7-speed DCT unit. The former allows the M2 to reach 100 km/h (62 mph) from standstill in 4.5 seconds while the automatic cuts 0.2 seconds off that time.

Of course, that’s all on paper, but in real life, the results vary wildly when using a manual gearbox, depending on the driver’s skill. And yet, that didn’t prove to be a problem, at least in the race we’re looking at here. One does have to wonder how things would’ve fared if we dealt with a standing start, where Audi’s all-wheel drive system would’ve made a big difference.