Even though in terms of sheer size the BMW 7 Series and the Porsche Panamera might come close to each other, they don’t really compete against one another. While the 7 Series is a luxurious limousine that can occasionally go faster than you might imagine, the Panamera is much more focused on the speed side of things.

However, that won’t stop some people from pitting the two against each other, especially when dealing with diesel engines that take away some of the performance offered by petrol counterparts. 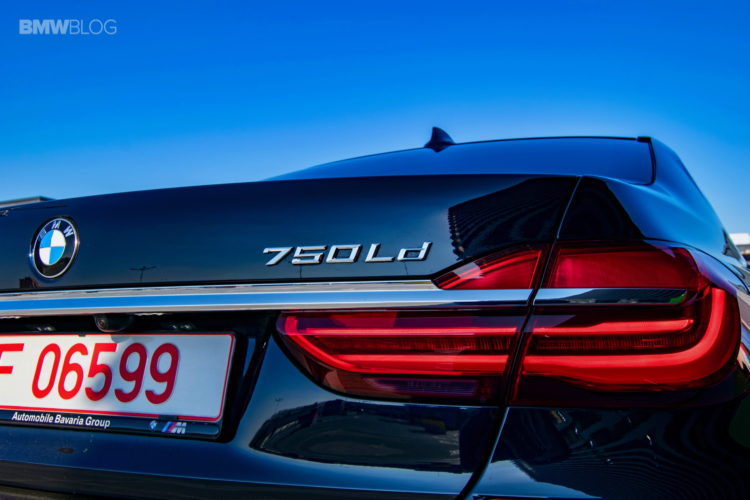 On the super-diesel niche, there are a few models out there that really make the cut. Among them you’ll find the 3-liter quad-turbocharged mill of the 750Ld as well as Porsche’s 4-liter V8 making 422 HP and a whopping 850 Nm (627 lb-ft) of torque. That last figure even overshadows BMW’s own 760 Nm (561 lb-ft). Then there’s also Audi’s SQ7 TDI mill, also a V8 but making 435 HP and 900 Nm (660 lb-ft) of torque thanks to an innovative electrically powered supercharger. But let’s not digress.

Both cars in this comparison are all-wheel drive, so managing that much torque is easily done. On paper, the two are closely matched in terms of acceleration times as well, with the edge going to the marginally lighter Porsche with 4.5 seconds to 100 km/h (62 mph) compared to the 4.7 seconds of the long wheelbase bimmer.

So what will happen when pushed all out? Well, the extra torque and horsepower of the Porsche should make up for the slight disadvantage brought on by the extra weight and should prove to be decisive at higher speeds. Up until the 100 mph marker though, the two should be quite evenly matched though. Care to place a bet before watching the video below?