We’re in a bit of a transition period with BMW at the moment. The Bavarian brand is currently making a big switch to a more electrified, connected automotive world. This means that the cars that we once thought were modern and that we loved are becoming old-hat. While this may seem a bit sad, it also means that the prices of these cars are starting to come down and offer opportunities to less wealthy BMW fans (ahem, myself, ahem) can start looking into some of them. One such car that shouldn’t be overlooked, which I feel often is, is the BMW E90 335d.

When the E90-generation 3 Series first made its debut, it was considered to be very good but it was the first 3er that was considered worse than its predecessor. So it sort of started the sentiment that BMW is getting soft. This causes it to often get overlooked by enthusiasts but there are some truly great cars to come from the E90 3 Series. But the BMW 335d shouldn’t be overlooked, as it’s the last of a dying breed in America.

With a turbocharged inline six-cylinder diesel engine, the 335d is the last I6 diesel BMW sedan to be sold in America. Every diesel sedan after the 335d in America has been powered by a four-cylinder. And while the F30 328d is a very good car, it just doesn’t have the sort of power and excitement its predecessor had.

That wonderfully silky-smooth I6 diesel only makes 265 hp, which might not sound that impressive. However, it also makes 425 lb-ft of torque, which is more than the new twin-turbocharged F80 BMW M3. There may not be a 3 Series that can roast its rear tires, M-badged or not, like the 335d. But if you’re gentle with the throttle and don’t turn the rear tires to smoke and dust, the 335d can get from 0-60 mph in 5.7 seconds. That’s not fantastically fast but it’s more than quick enough.

Being an E90 3 Series, it also handles well. In fact, it wasn’t until the F30 3 Series came out that we can truly appreciate the handling dynamics of the E90. It’s a damn fine driving car and one that would make any enthusiast smile through some twisty corners. Add in all of that torque and silky-smooth power delivery and you’ve got a proper sport sedan. 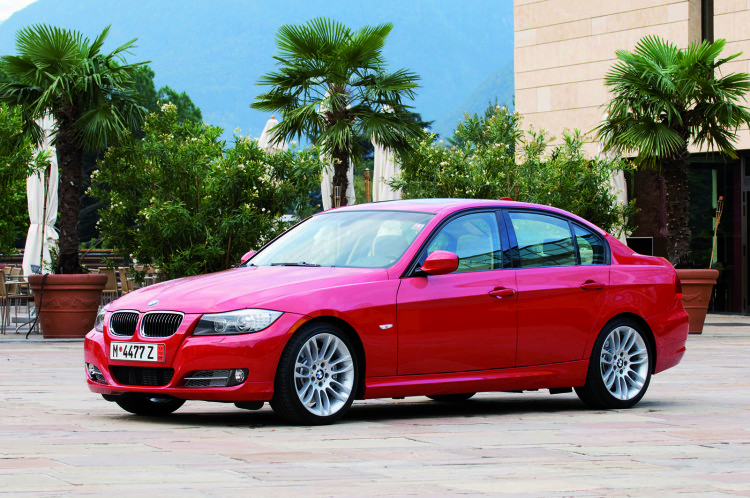 The only real downside of the BMW 335d is the transmission. In America, the only transmission option was the standard six-speed ZF-sourced automatic. While it’s not terrible, it’s nowhere near as good as the current eight-speed ZF unit. A six-speed manual would have been perfect, we sadly never got one in the ‘States. However, that’s no reason to overlook the 335d.

Prices are starting to come down on the E90 3 Series and, considering that Americans are getting an even worse opinion of diesels that we already had, the 335d is starting to really drop in price. For an enthusiasts on a budget, the BMW 335d can be a superb overall sport sedan.