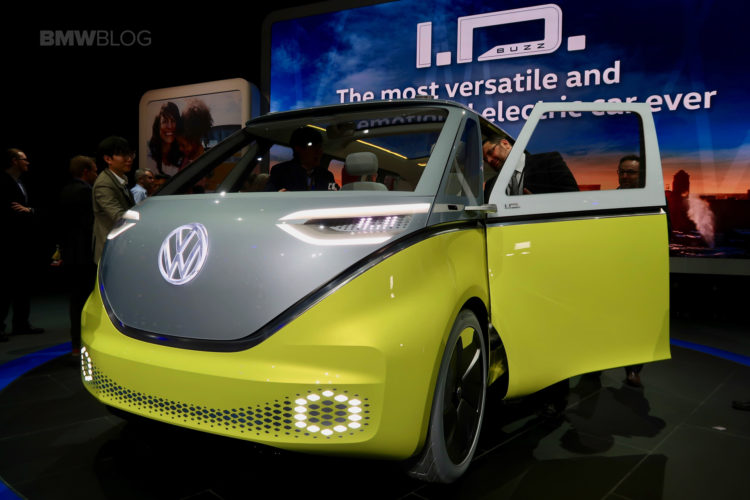 At the 2017 NAIAS, VW launched the I.D. Buzz, their second all electric vehicle in the I.D. Concept line. This modern take on the classic VW MicroBus is the dream car for the modern tree hugging hippies. The I.D. Buzz sports a futuristic looking minivan with a very open interior that seats up to eight and will be have fully autonomous functionality.

The I.D. Buzz, shares VW’s MEB – Modular Electric Drive – platform. This flexible platform holds the battery pack in the floor pan of the vehicle, and at the ends are electric motors. The VW, I.D. Buzz has an all electric range of 270 miles and is powered by two motors delivering a total of 369 horsepower. With the flexibility of the MEB platform, though the I.D. Buzz could be configured for a smaller 83 kWh battery and just rear wheel drive. 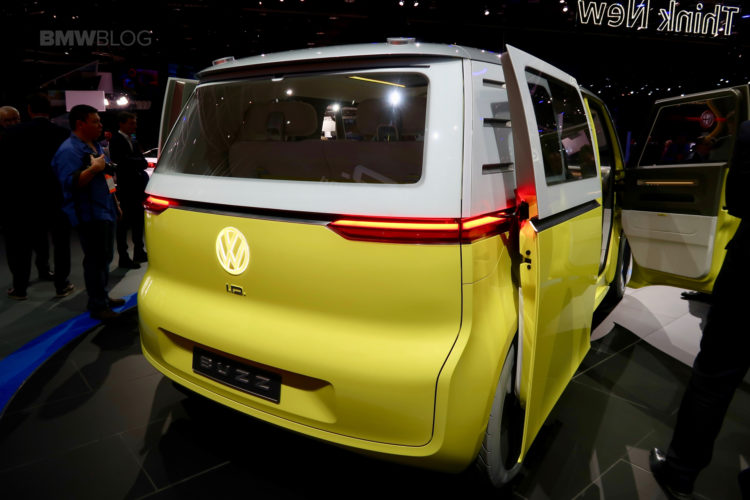 The I.D. Buzz has a 111 kWh battery which can support a charge rate of up to 150 kW. This fast rate could translate into 80% recharging in 30 minutes. VW also claims it can support inductive charging or even charge, albeit slowly, with a conventional household outlet. 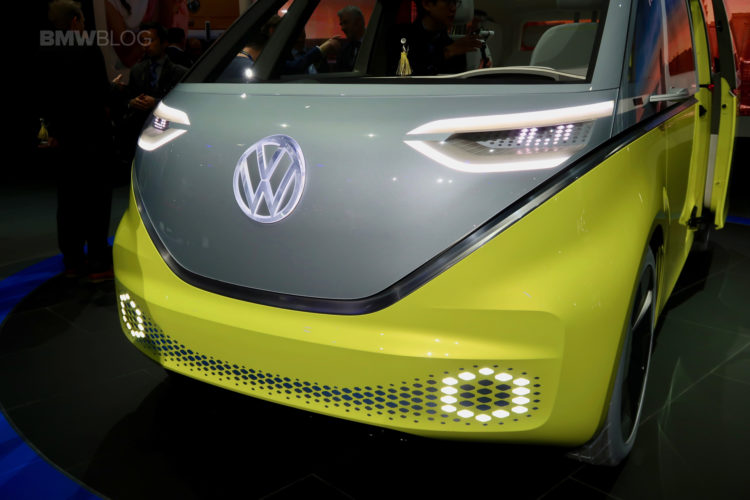 VW says the I.D. initials stand for “Identity,” “Idea,” “Individual,” “Intelligent” and “Iconic Design”. While that doesn’t really translate well, what does translate is that VW is serious about producing some outstanding all electric vehicles. VW says the I.D. EV’s will start hitting the road in 2020. They also claim to be a volume EV producer and by 2025 with plans to sell 1 Million EV’s per year. 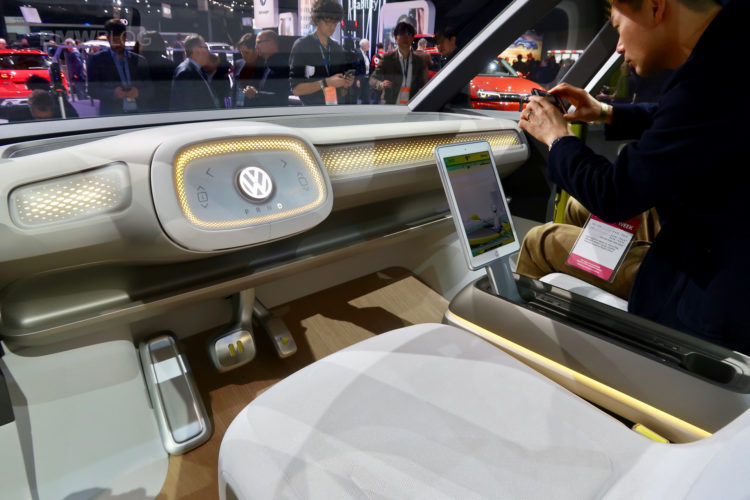