BMW of the Future: One car for driving, one car to drive itself

Home » BMW of the Future: One car for driving, one car to drive itself 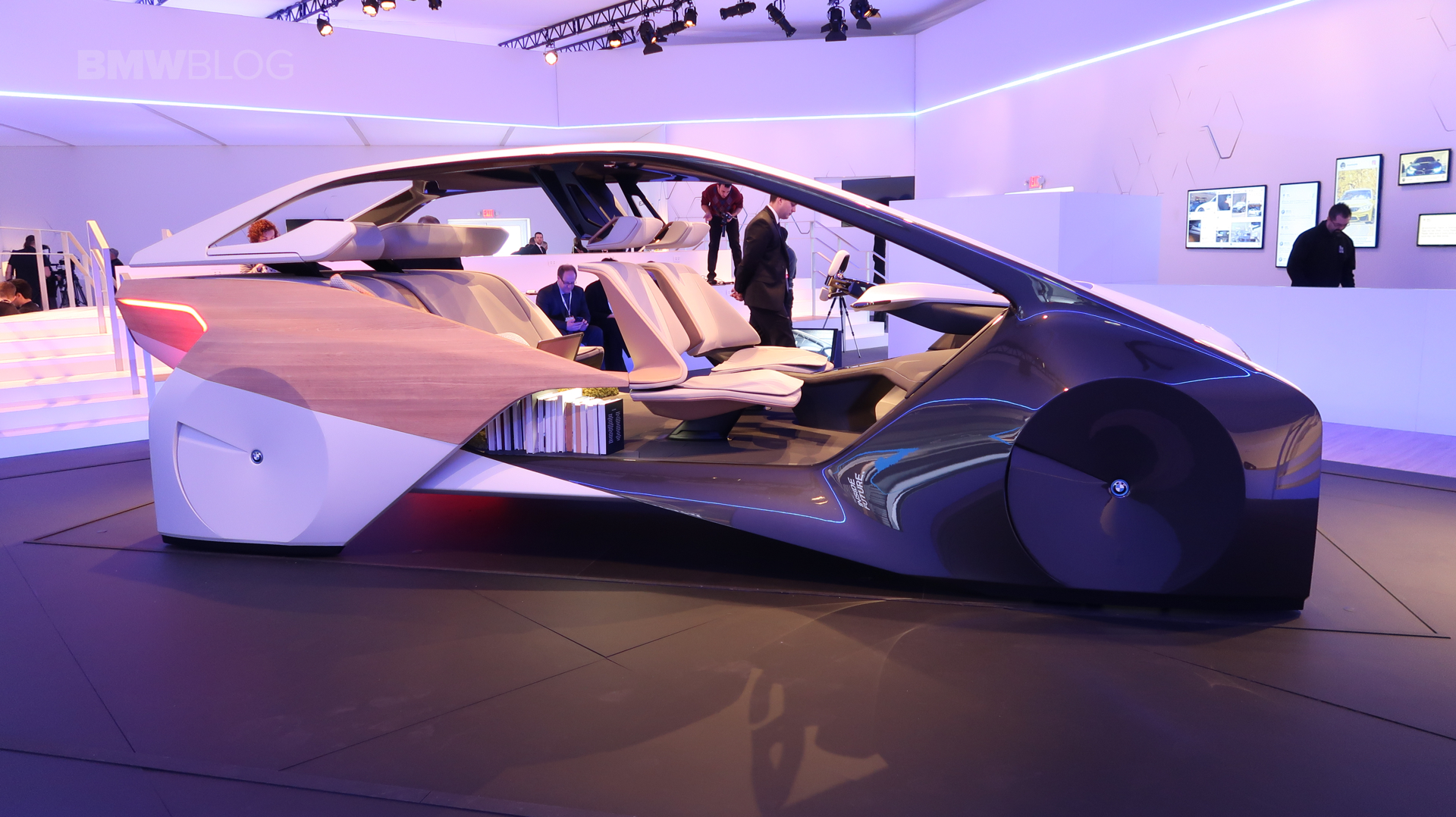 We’ve recently just seen some pretty incredible technology from BMW at this year’s 2017 Consumer Electronics Show (CES). Everything from smart windows to virtual touchscreens that provide haptic feedback with magic (BMW claims ultrasonic pulses). But this new technology shows off a new side to BMW, a new version of the brand that we aren’t used to seeing.

BMW’s i Inside Future Sculpture showcased a vision for the future of automobiles that are more living room than car. The inside of this concept feature couch-like seats with fixed backs and positions, a bookshelf and enough clever autonomous tech to believe Tony Stark built it. As a technological exercise, it’s flipping brilliant. But it isn’t very BMW-y is it?

Well, it is in the future of BMW. The Bavarian brand was previously about driving, first and foremost. All of the great BMWs that we remember, know and love are all driver’s cars, cars that are meant to be driven, not driven in. While BMW still claims that it will continue to make cars of this nature in the future, it will also be making the other style of car, cars to be driven in.

The idea is this: BMW enthusiasts of the future will have two cars — one for driving and one to be driven around in. Where most companies show off a future of fully autonomous cars, BMW doesn’t want to only go down that route. The Bavarians see a world where enthusiasts will have their daily car that takes them to work everyday, completely autonomously. This way, their daily commute is easy, stress free and allows them more time to either be productive or relax. Then, on the weekends, they’ll have their driver’s car, a car that is about driving and performance and engagement, all of the things we’ve come to love from BMW.

Two good examples of this idea would be the brand-new BMW i Inside Future Sculpture, which is more lounge than car, and something like the BMW i Vision Future Interaction, which would be a plug-in hybrid sports car that has semi-autonomous capabilities but is also fun to drive. So the idea is that the, admittedly wealthy, BMW purist of the future will have both cars and be able to appreciate what both have to offer.

While many car buyers will be content with just one, mostly autonomous, car to handle their everyday lives. BMW will offer both styles of car in the future and the enthusiast can choose which suits their lifestyle better. Or just buy both.