BMW unveiled its BMW i Inside Future sculpture at CES 2017 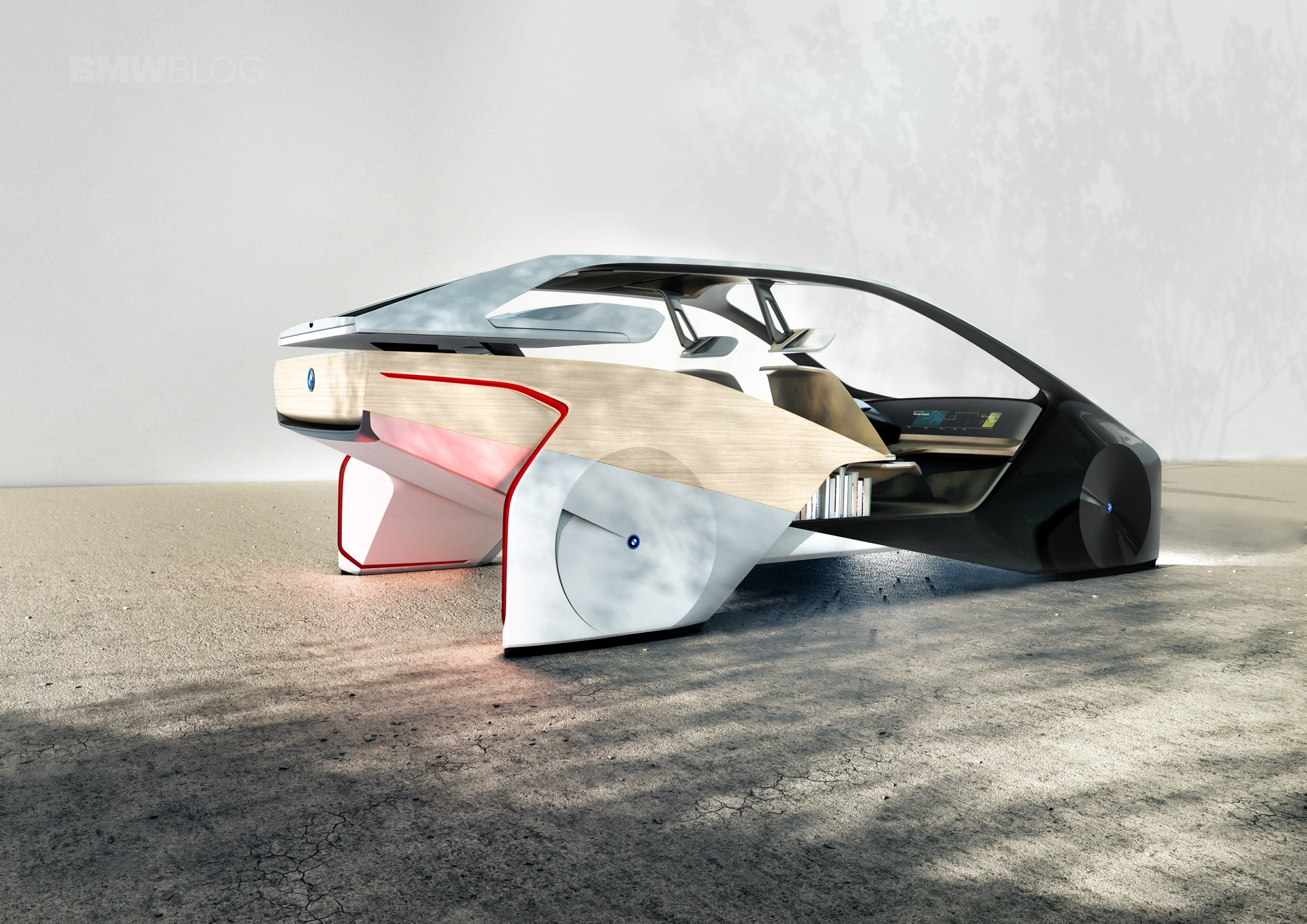 What do you see for the future of the automobile? That’s a question that BMW’s been asking itself for quite some time now as it tries to transition into the future of automotive mobility. With autonomy and electrification becoming the forefront of the industry, BMW needs to adapt to survive. So it’s developed and debuted the BMW i Inside Future sculpture at the 2017 CES (Consumer Electronics Show). 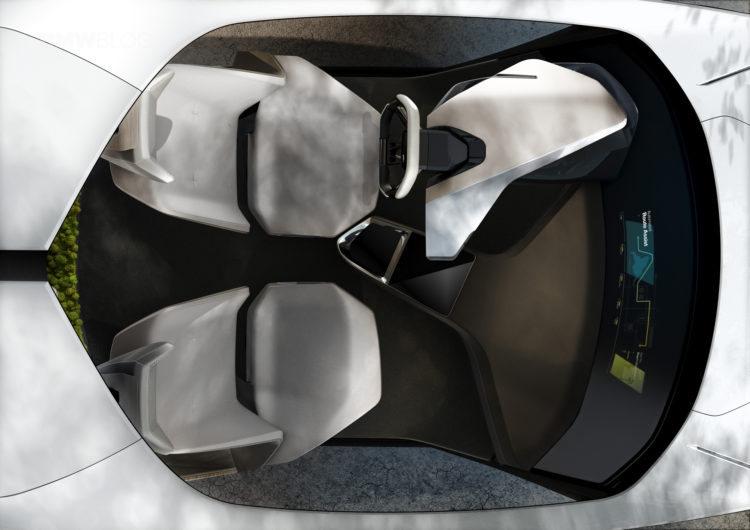 BMW’s i Inside Future sculpture is a new and innovative interior design that imagines the cockpit as a sort of room with separate zones for passengers to do as they please. The minimalistic design is clearly an evolution of what we’ve seen in the BMW i3 and brings an open airiness to the cabin that looks and feels futuristic. It’s also packed with technology from the future, but it’s not in your face. It’s sort of in the background, allowing the interior to feel uncluttered and relaxing.

BMW is also looking to transform the way the brand looks at car interiors for the future. In an almost anti-BMW fashion, Bavarian interiors in the near future will become focused more on comfort and the lack of driver focus than anything else. BMW cabins of the past were always driver-focused, with every instrument, button and switch aimed at the driver. However, with the BMW i Inside Future sculpture, the interior has become more of a living space for connected passengers. With autonomous capabilities, passengers would be able to read a book or even watch a movie or television show. There could even be a partnership with BMW and Amazon Prime Instant Video, so passengers could watch episodes of The Grand Tour while riding in their car. 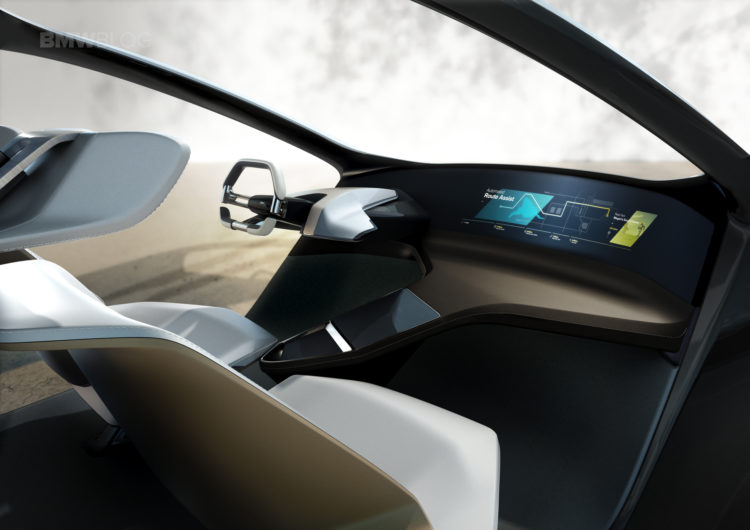 Increased connectivity will allow for passengers to have every device, whether it be a smart phone, tablet or smart watch, connected to the car. This way, it will know the passenger’s schedule, preferences, music tastes, addresses and contacts. So the car can be your rolling J.A.R.V.I.S. if you like.

But don’t think that at any time the car is in full control. The driver will always be in control of when the car drives itself and what it does. Only the driver can choose between active and autonomous driving but the car will make its suggestions, like a backseat driver. When the navigation system detects traffic jams or long stretches of monotonous road, the car will suggest fully automated driving, so that the driver can take a break and relax. However, the driver can regain control at any given time.

Instead of a tradition dashboard with the instrument binnacle in front of the driver, a cutting-edge widescreen display will stretch across the entire width of the dashboard, in front of both driver and passenger. Though, not all of the display will have information on it and any area that isn’t displaying info will not be illuminated and will be indistinguishable from the rest of the dash. All of this, such as which information is displayed and where, can be controlled via either voice control or the HoloActive Touch screen.

One of the most fascinating parts of this new BMW i Inside Future sculpture is the HoloActive Touch. With what is essentially a free-floating, virtual screen next to the steering wheel, the HoloActive Touch is Gesture Control on steroids. So you basically “touch” points on this screen that isn’t physically there and your inputs are recognized by a high-sensitivity camera watches for where your fingertip “touches” the screen. It then uses a discreet ultrasonic source to emit pulses at the fingertip of the driver to correspond with the input, as well as visual and audible recognitions of the input. So, for the first time ever, the driver can receive haptic feedback on a touchscreen without any physical touching actually happening.

BMW has also developed something called the Personal BMW Sound Curtain. Basically, it allows the driver and passenger to listen to different music at the same time, without hearing each other’s. The sound is emitted from each passenger’s head restraint and uses BMW’s Sound Curtain to only allow that passenger to hear it. I don’t know about you, but my wife and I would love this.

Rear passengers will also get a widescreen fold down display in the headliner, which will allow them to watch any sort of entertainment they choose. They can connect their personal devices to it, or use the built-in tablet, and stream any content or programming they so choose. When not displaying video, the screen can be used as an ambient light source to create a more atmospheric experience.

This all seems like some crazy Minority Report stuff, with virtual touchscreens and sound curtains. I feel like I’m in an Arthur C. Clark novel. After all, it was he that said “Any sufficiently advanced technology is indistinguishable from magic.” He’s right, as this seems like flipping magic. 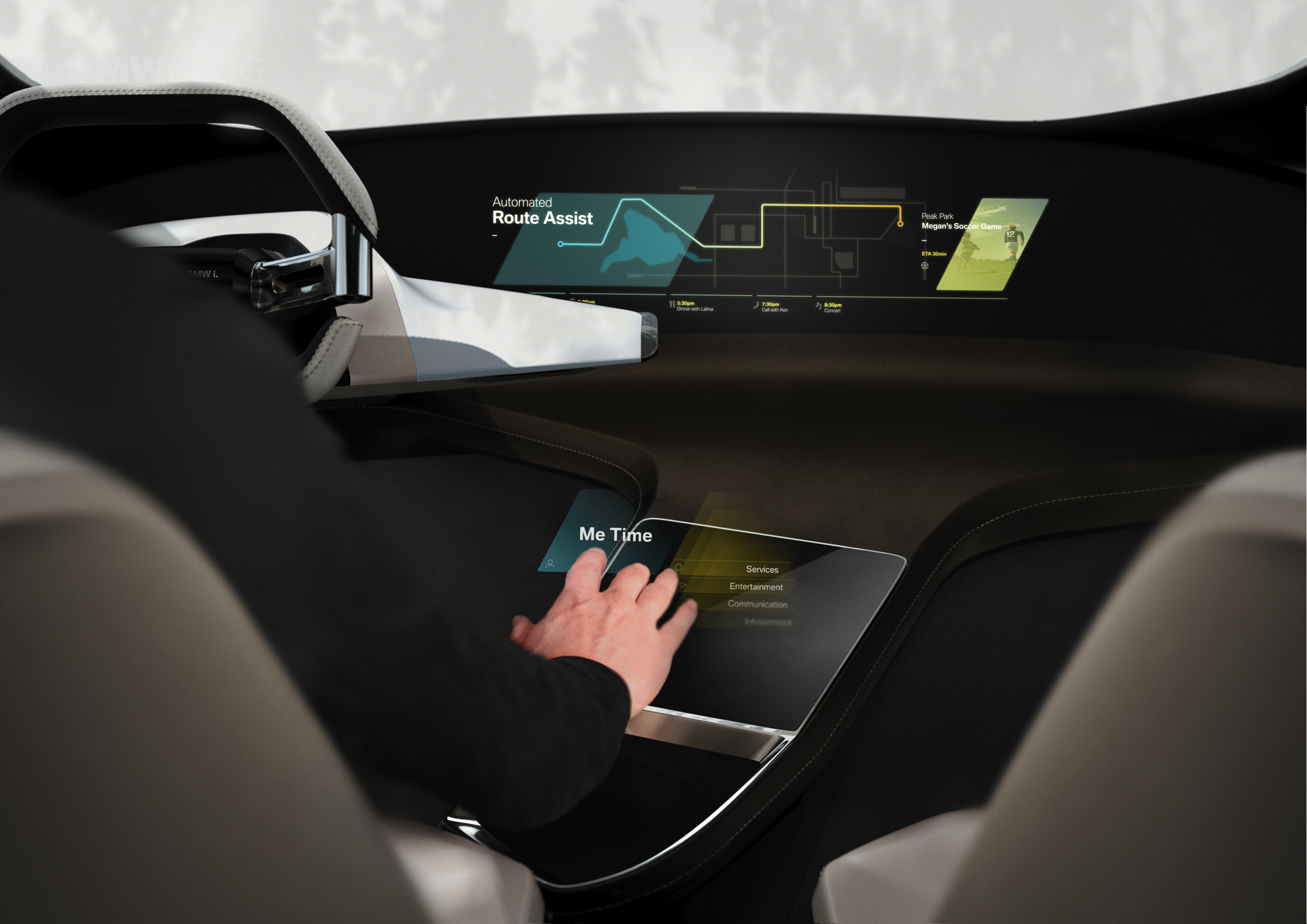 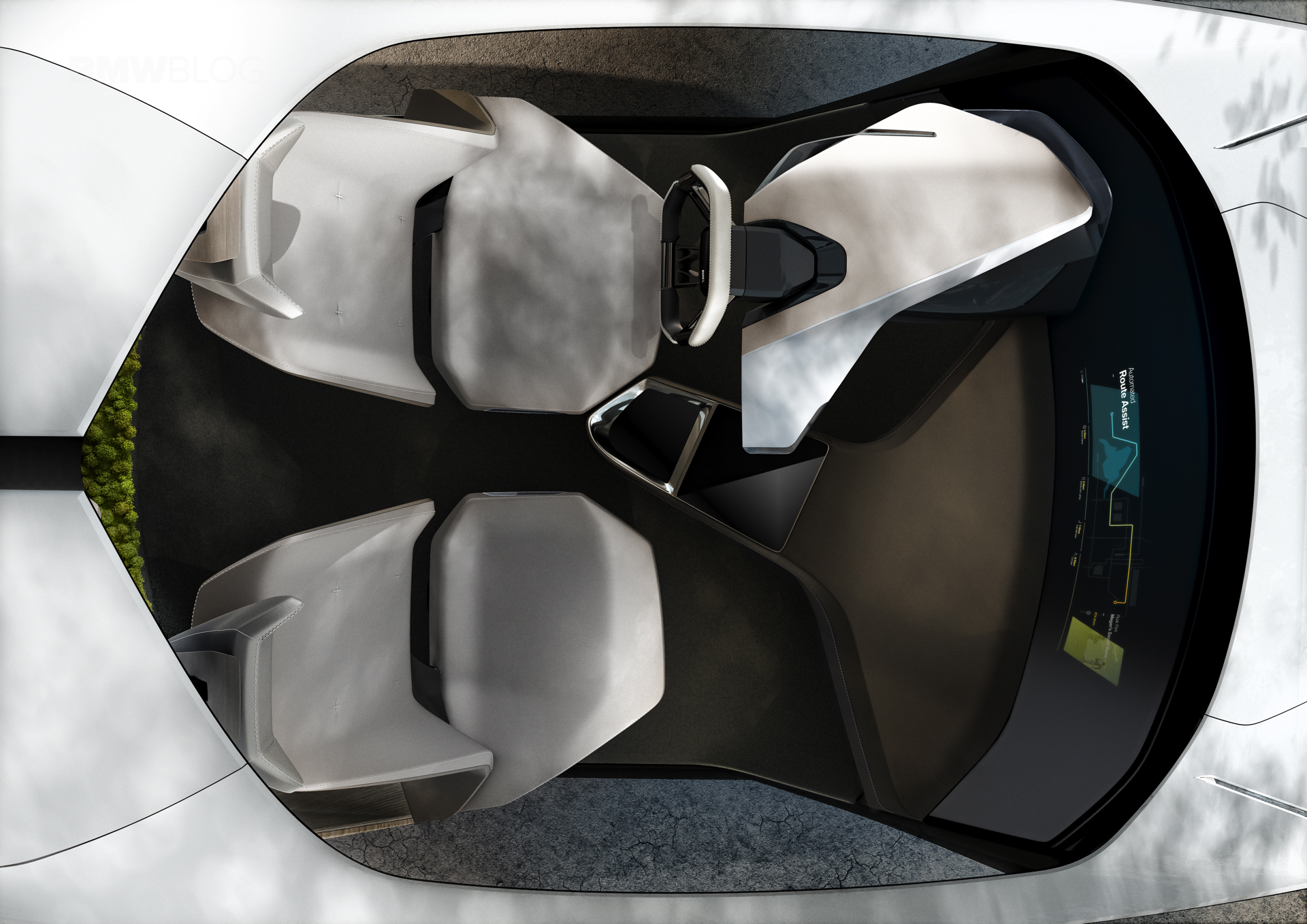 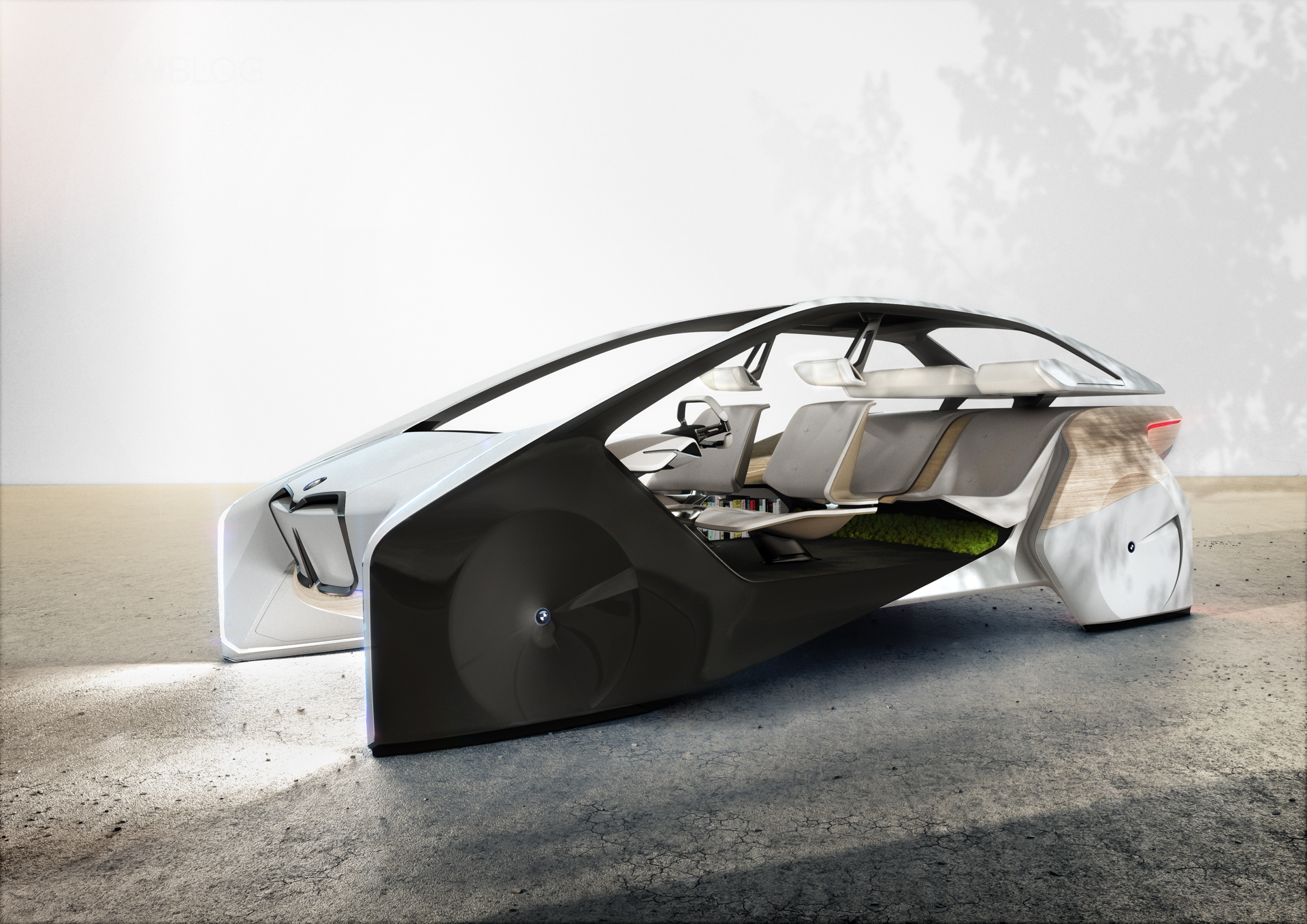 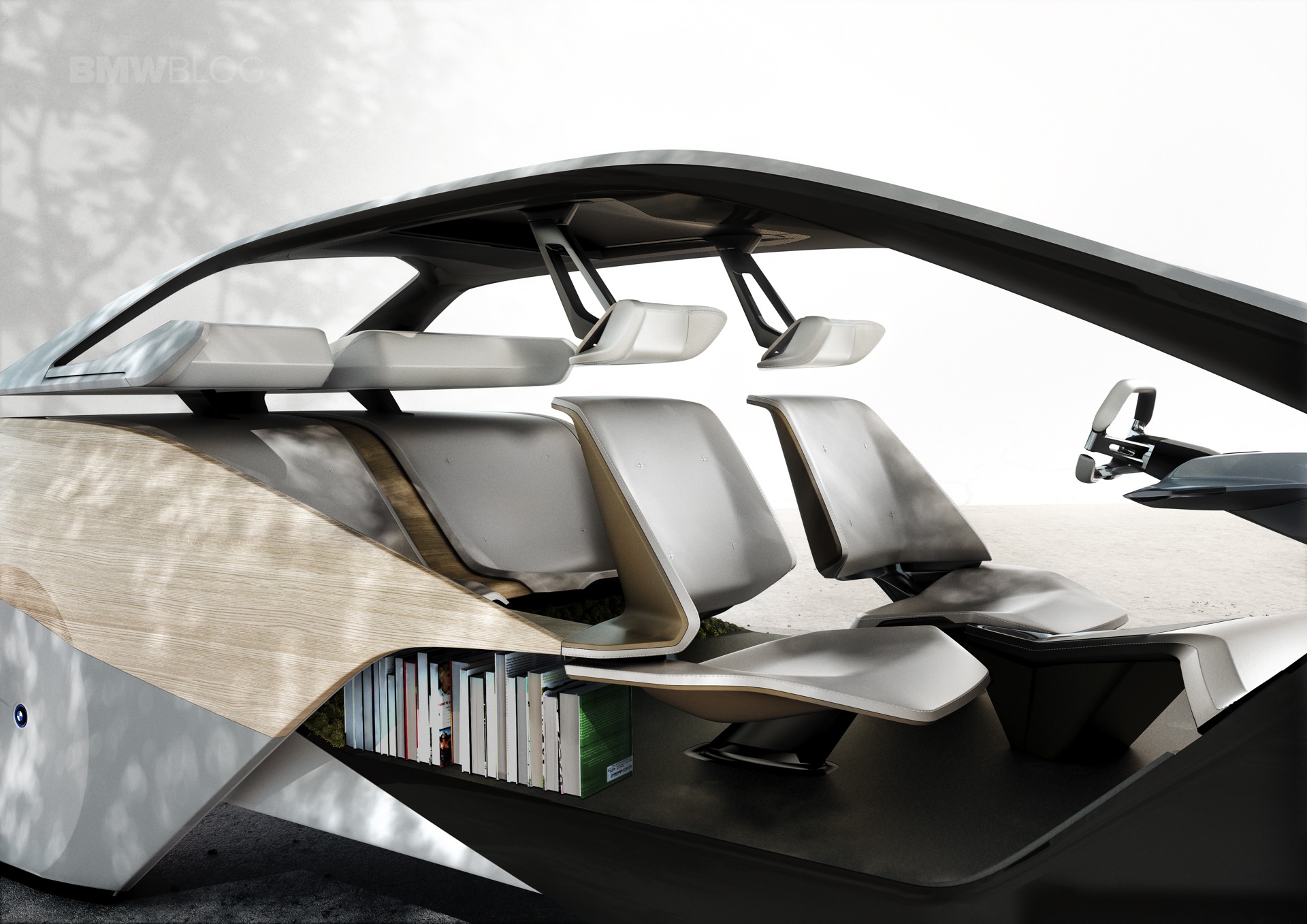 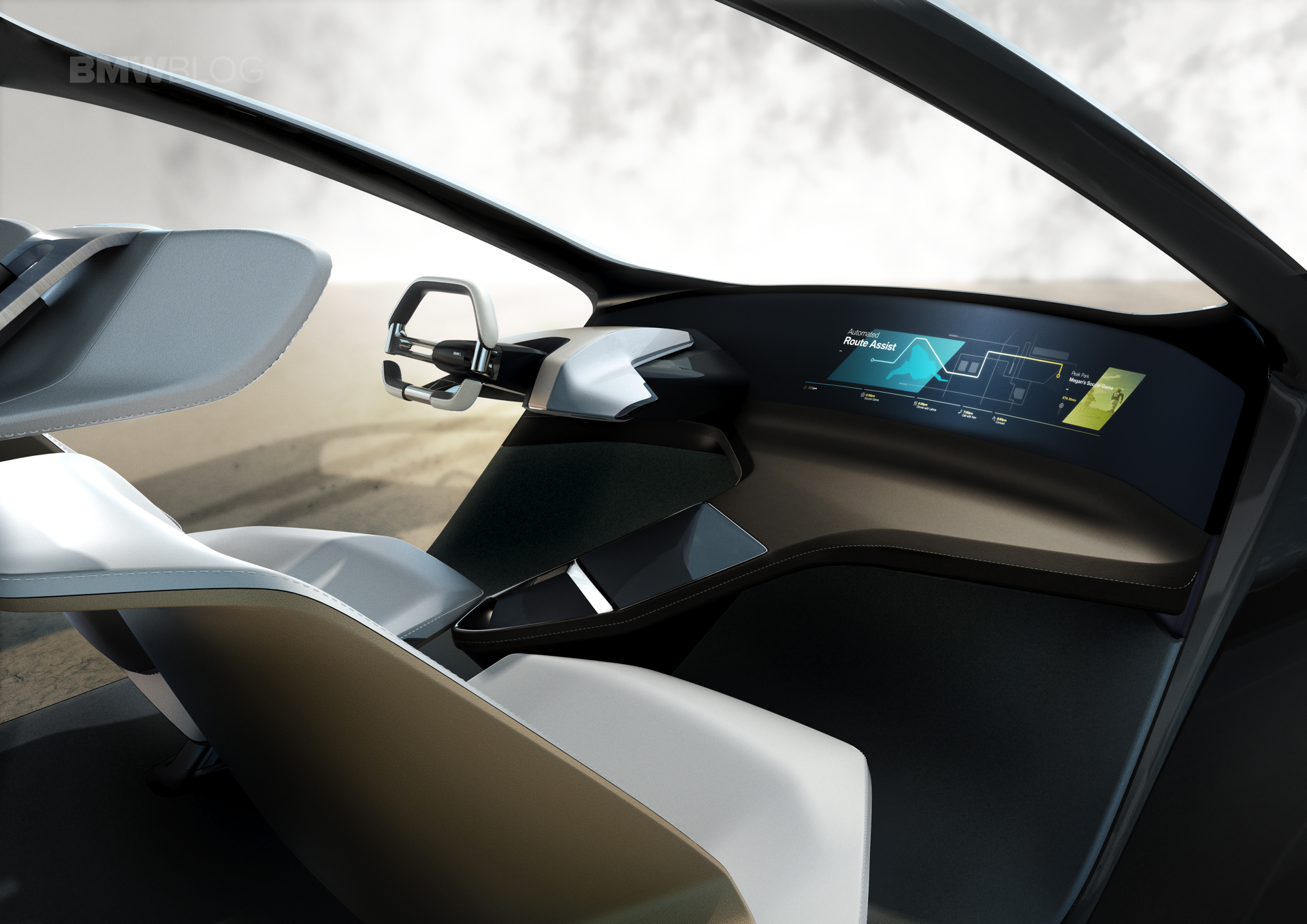 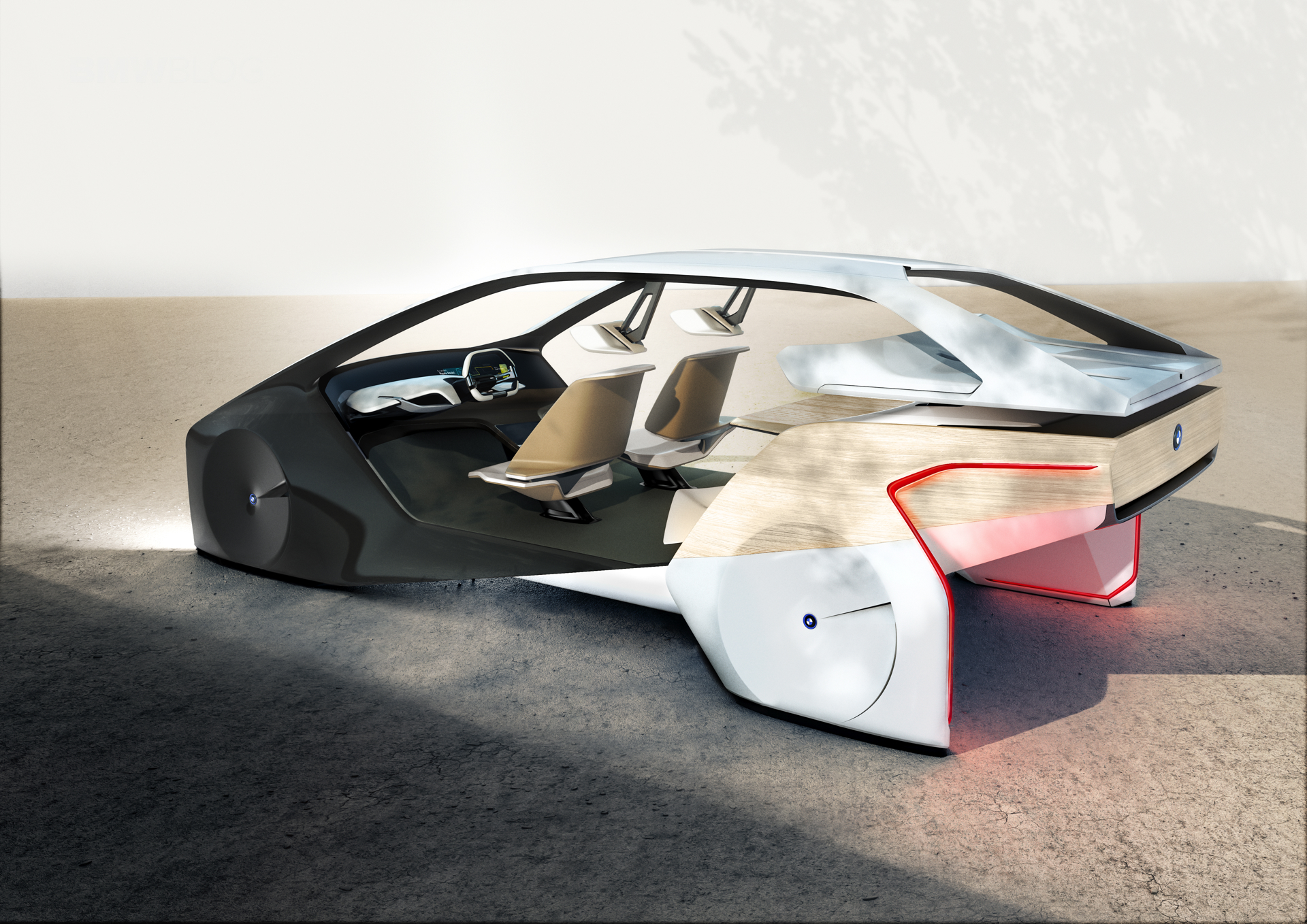 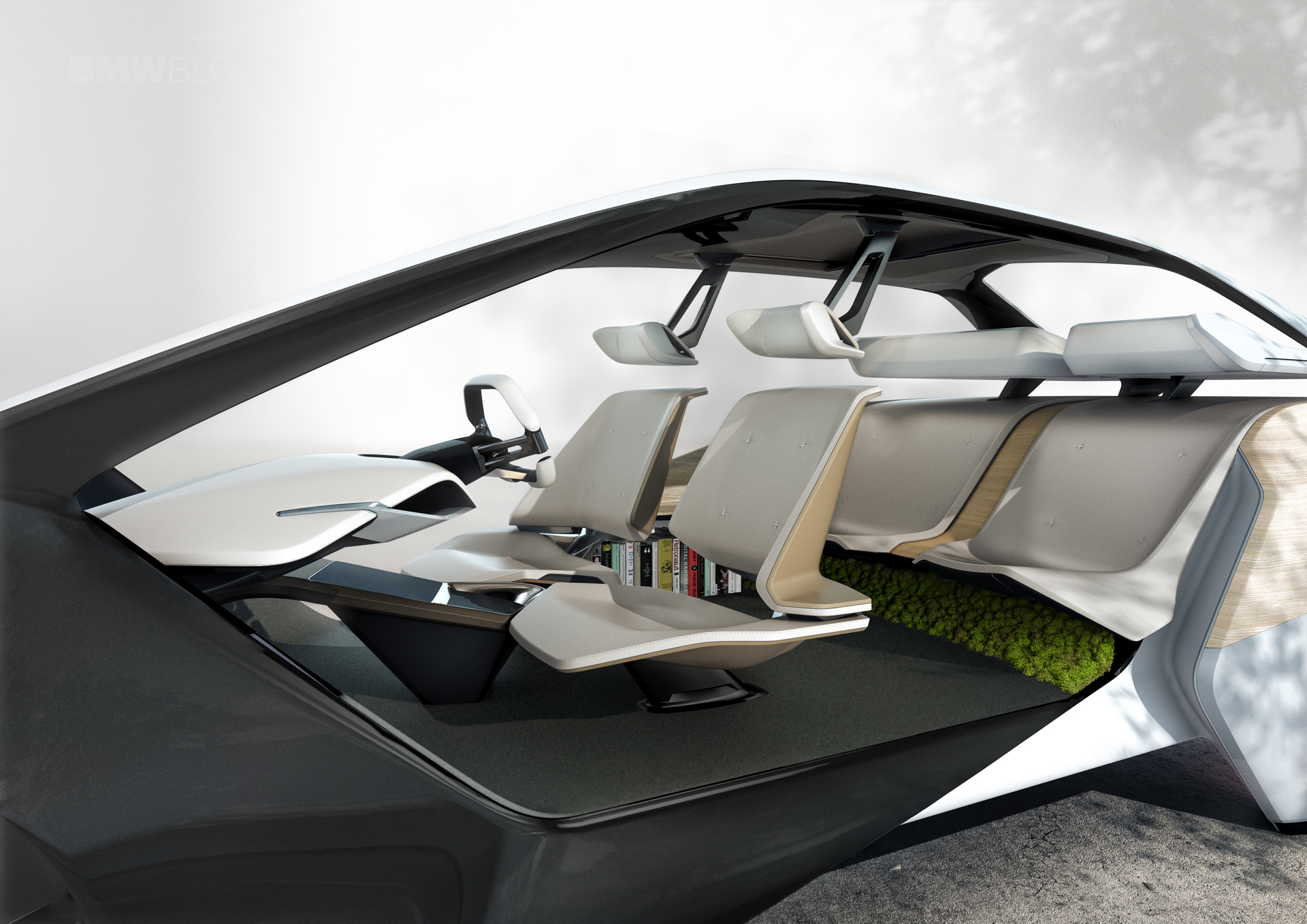