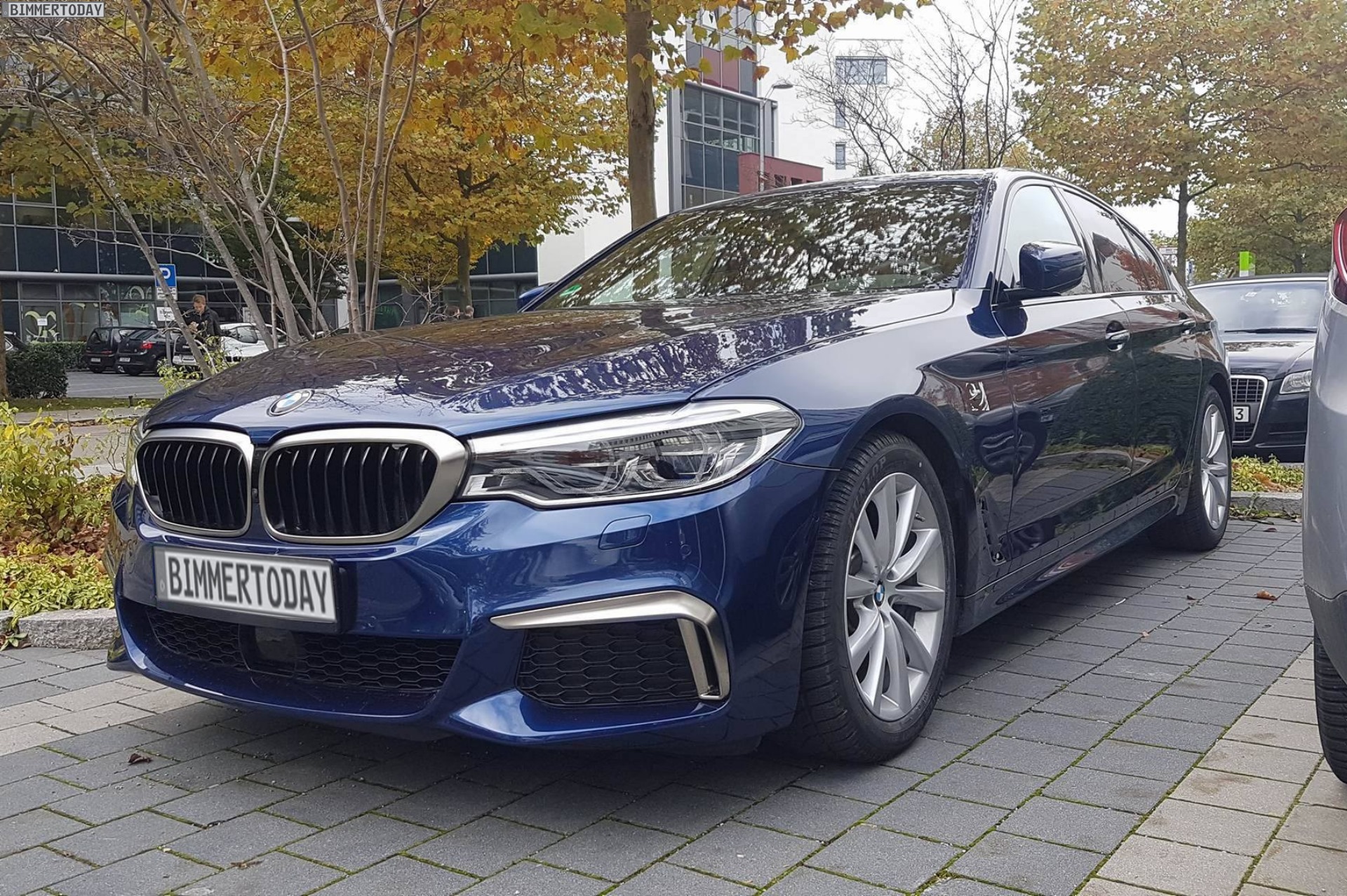 After we’ve seen the new 2017 BMW 530d on the road, we now have the first live photos of the BMW M550i xDrive of the new G30 5 Series generation. Our sister magazine Bimmertoday has caught the M Performance variant of the new business sedan in a parking lot near Munich giving us a good impression of the M Sport package of the upper class series. This BMW M550i has a few accents in Cerium Gray, but the pre-production vehicle photographed here is not yet equipped with all the details of the sporty package.

Nevertheless, the aerodynamically shaped air intakes of the front apron and the kidneys are both adorned with the Cerium Gray accents. Since it’s a pre-production vehicle, it doesn’t surprise us the absence of fog lamps and. Of course, the conspicuous exhaust system with its characteristic tailpipes is present as well. 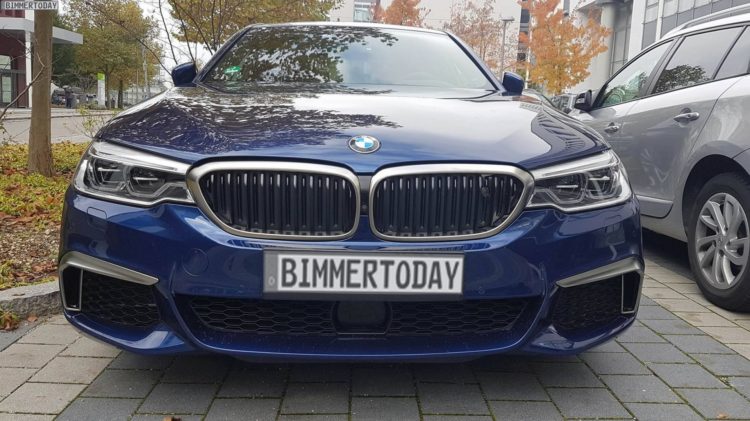 The new BMW M550i G30 is only available in combination with the all-wheel drive inherited from the previous 550i. Just like the unofficial predecessor, the M550i also relies on a V8 TwinTurbo with a displacement of 4.4 liters, but now drawing 462 hp. Thanks to the reduced weight, this power is sufficient to accelerate from 0 to 100 km/h in just 4.0 seconds, and to move on the same level with the M5 of the previous F10 generation. 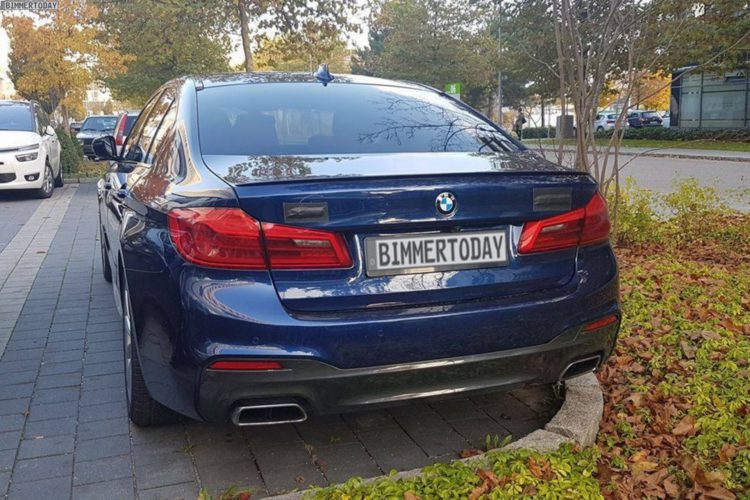 In Germany, the first of the two M performance – the M550d is the next one – has a base price of 82,700 euros. In the summer of 2017, the BMW M550d xDrive with its quad-turbo diesel and 400 hp will follow, delivering great performance and fuel efficiency.