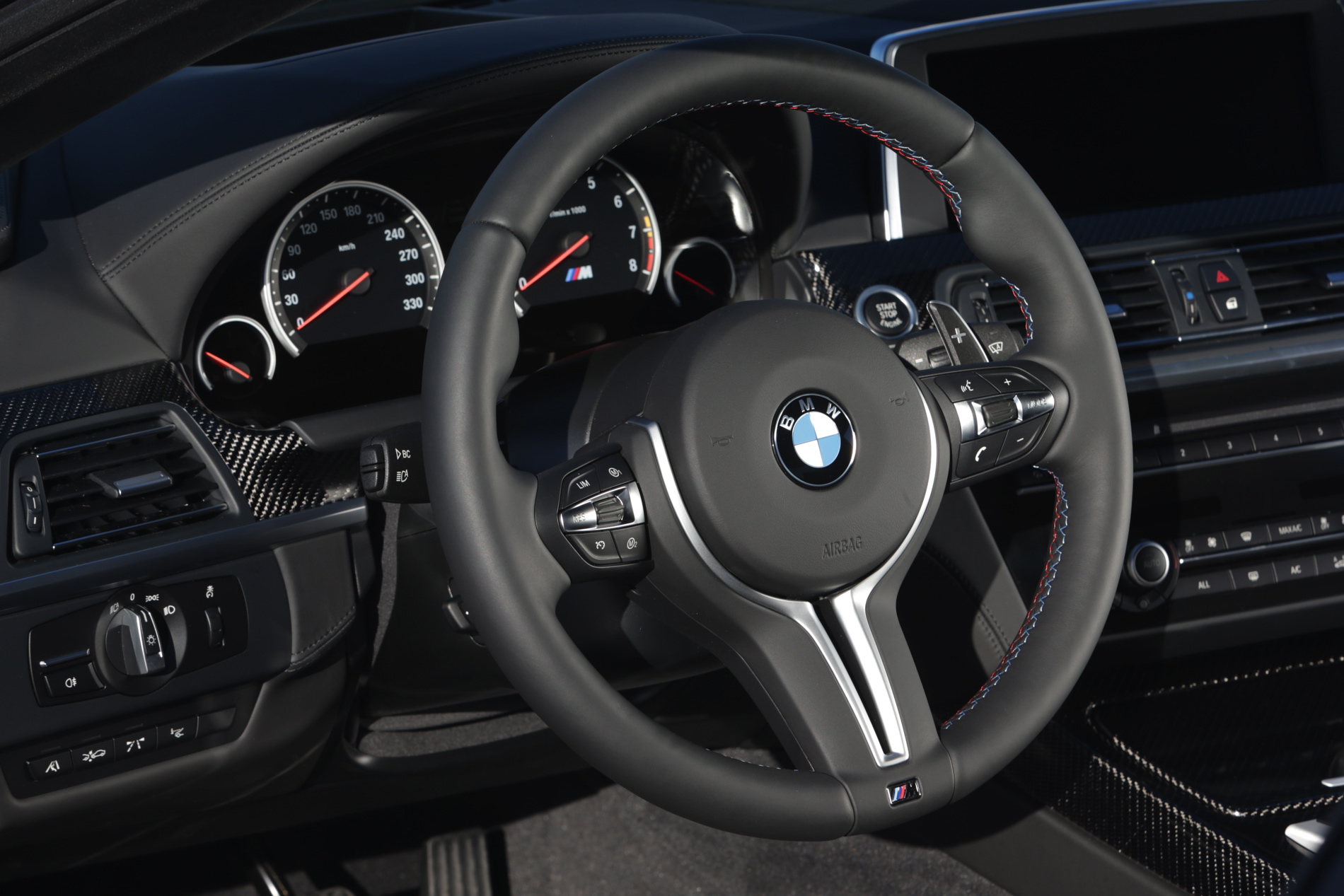 Emphasisplaced judiciously on certain areas of design enhances the enjoyment of the superior driving experience in the BMW M5 high-performance sedan. In parallel with the launch of the new BMW 5 Series Sedan, the new BMW 5 Series Touring and the new BMW 5 Series Gran Turismo, BMW M GmbH’s most successful model is also undergoing a carefully devised revision. Fine-tuned design underscores the hallmark M athleticism and challenging presence of the new BMW M5, while the optional Competition Package, new equipment features and a further extended range of BMW ConnectedDrive features emphasise its innovative character.

The BMW M5 is driven by a 4.4-litre V8 engine with M TwinPower Turbo technology and peak output of 412 kW/560 hp. In combination with the seven-speed M dual-clutch transmission, the Active M Differential at the rear axle and model-specific suspension technology precisely tuned to the performance curve with racing know-how, this high-revving power unit guarantees outstanding dynamic driving performance. For a further boost in performance, the Competition Package now comes as an optional extra with features that tap into a new dimension of dynamics in trademark BMW M style. 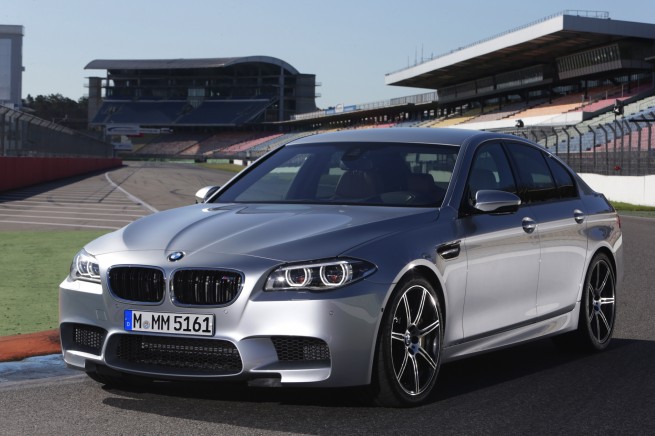 The Competition Package was specifically devised to boost the handling properties of the BMW M5. With the Competition Package, the output of the high-revving V8 engine with M TwinPower Turbo technology is raised by 11 kW to 423 kW/575 hp. In addition, the newly developed M carbon ceramic brakes have been available as an option since March 2013.

A particularly striking innovation in the appearance of the BMW M5 is the M “kidney grille”, which now features the model designation and whose slats cite the double-spoke design of the M light alloys. In addition to standard xenon headlights, there is now the option of Adaptive LED Headlights which emit a particularly bright white light generated by a pair of LED units situated horizontally in the middle of each light ring. A standard feature on the BMW M5 are the new-design tail lights with strikingly thin LED light strips that generate a high contrast and add to the unmistakable night-time look.

The hallmark M feeling is also conveyed by the M leather steering wheel, whose new design likewise takes visual cues from the double-spoke wheels. The interior of the sedan has also gained an increase in volume of the storage compartment under the armrest in the centre console area. The Control Display of the standard-fitted iDrive operating system now features chrome trim on the sides. For the first time, an optional Touch Controller is available with a touch-sensitive surface allowing, for example, characters to be entered when programming a destination for the navigation system. 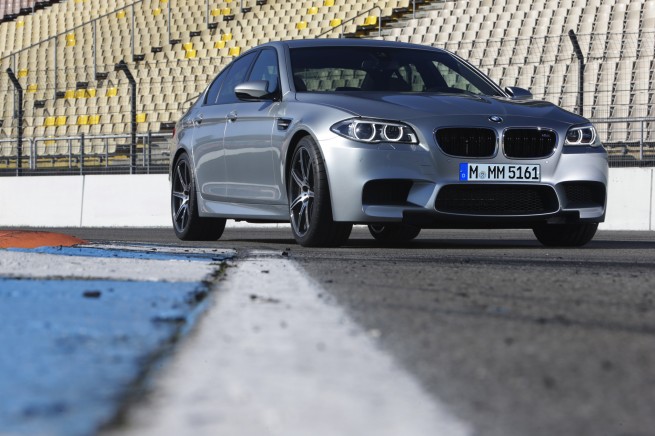 As of July, BMW Individual will be offering a range of new exterior colours for the BMW M5 (Pure Metal Silver, Pyrite Brown metallic, Frozen Blue metallic and further BMW Individual matt paintwork finishes), as well as exclusive leather shades (Cashmere Beige and Nutmeg). With the BMW Individual paintwork Pure Metal Silver, for example, the body takes on a deep, brilliant lustre. This unique metallic gleam is down to the combination of a special-effect pigment with a water-based paint system. The addition of ultra-thin aluminium flakes guarantees a uniform and gleaming surface. Depending on the angle of view, these flakes create a light-dark contrast and accentuate the surfaces of the body. This paintwork showcases the model’s lines and contours to even better effect and adds striking touches to the vehicle’s design.

The further extended range of features from BMW ConnectedDrive also ensures that the new BMW M5 is in pole position in its sector when it comes to intelligent connectivity. Innovative driver assistance systems and mobility services optimise safety and comfort while driving as well as the use of infotainment programmes. The new Driving Assistant system combines Lane Departure Warning with Collision Warning including braking function. Its camera, mounted in the windscreen area, registers vehicles and pedestrians and gives the driver visual and acoustic warning signals if a potential collision is detected. In critical situations, moderate hazard braking is actuated. The glare-free High Beam Assistant is now also optionally available for the BMW M5, while the Lane Change Warning system can now be used from a speed of 20 km/h (12.4 mph).

The new Online Entertainment option, meanwhile, makes for a particularly varied audio programme. It allows online access to a music database containing around 12 million tracks. In conjunction with the Navigation System Professional and the ConnectedDrive Services option, additional features are available, among them Concierge Services, Remote Services and Real Time Traffic Information. 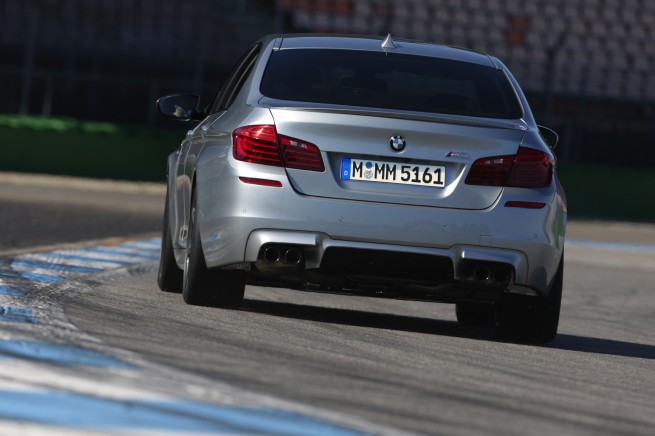