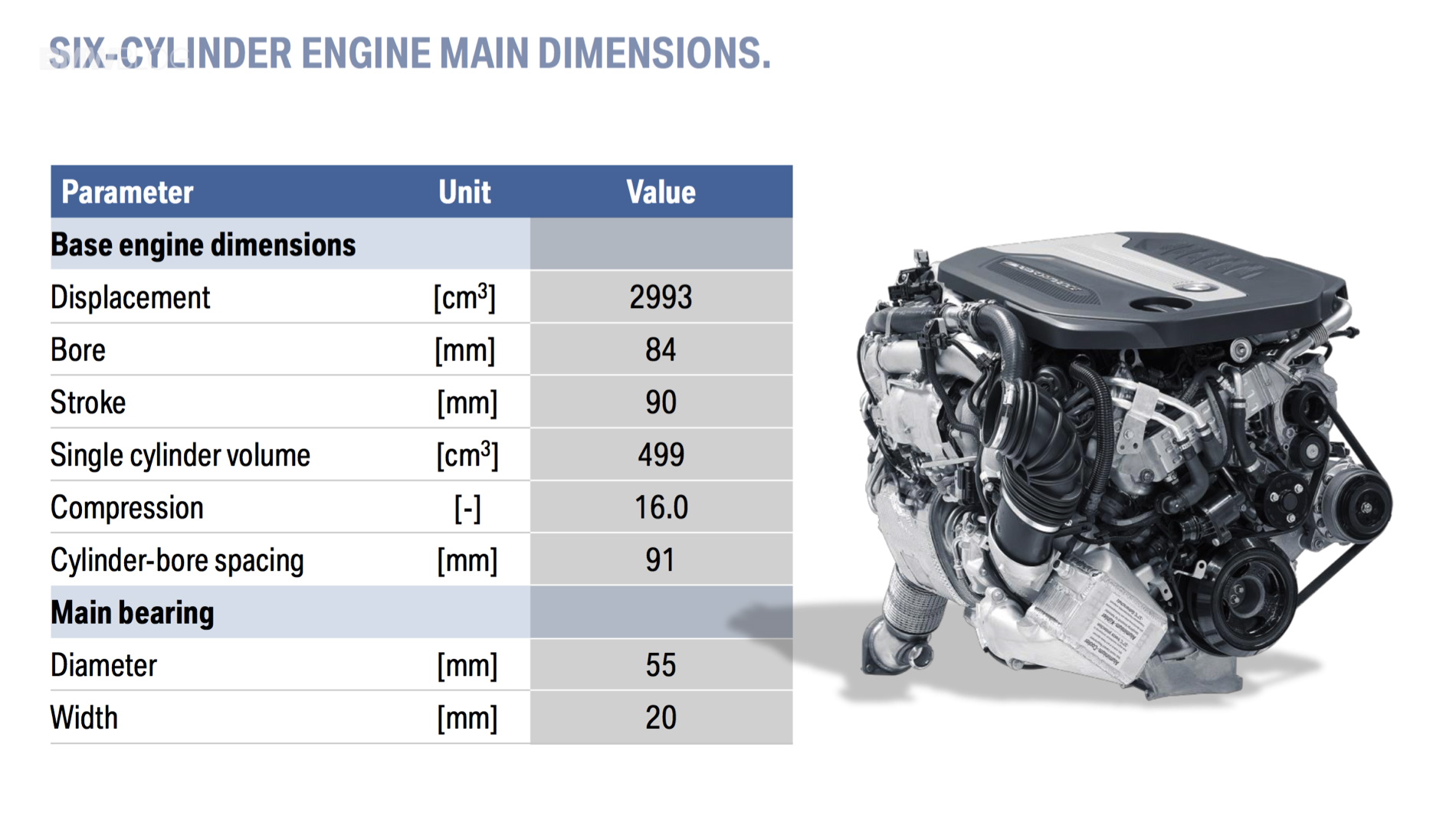 Not to be outdone by Audi’s triple-charged SQ7 TDI diesel-powered SUV, with an electrically driven compressor acting as a third turbocharger of sorts, BMW has gone full mad and created a quad-turbocharged diesel monster, dubbed B57. This new engine will be a 3.0 liter I6 turbo-diesel with four turbochargers, yes you read that correctly, four turbochargers.

BMW recently revealed this new engine at the 37th International Vienna Motor Symposium and it’s a quad-turbo kick to the naughty regions of Audi and its measly triple-turbocharged engine. The 3.0 liter I6 quad-turbo engine is capable of delivering 394 hp and 561 lb-ft of torque, or enough to throw off the rotation of the Earth. All of that monstrous torque comes in at just a tick over 2,000 rpm and stays there until nearly 4,000, but that’s where peak horsepower starts to kick in. Despite the insane power, this new B57 engine is said to achieve 5.7 liters/100km of fuel consumption, which is around 41 mpg US. Not too shabby for an engine with enough torque to tow a moon. 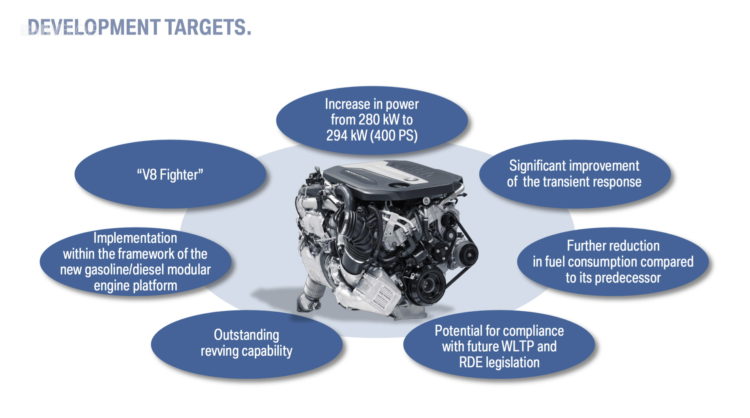 Apparently, the first car this beast will power is the upcoming BMW 750d and BMW claims that it should get from 0-60 mph in 4.5 seconds which, for a 3.0 liter diesel, is mighty impressive. The current BMW 750i, with its twin-turbocharged 4.4 liter V8 petrol engine is capable of doing that same sprint in 4.3 seconds. While that’s a touch faster, it can’t match the B57 engine’s impressive combination of both speed and efficiency. Try getting 41 mpg from a 750i, it won’t be fun. 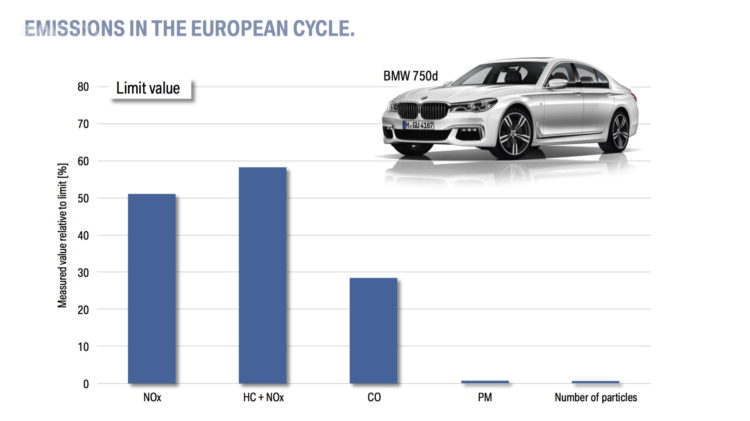 But it isn’t just the immediate impact that this engine will have that makes it special, it’s that it will help BMW in the future. It’s said that this engine will meet all federal regulations in the near future when they do eventually chance. So that means BMW will have a turbo-diesel engine that’s somewhat future proof. BMW also wants to get away from V8s, as the market for such engines decreases and the state of our environment worsens. This engine can help the Bavarian brand do just that, as many customers will see that you don’t need a hulking V8 to get great power out of an engine…you just need four turbochargers. 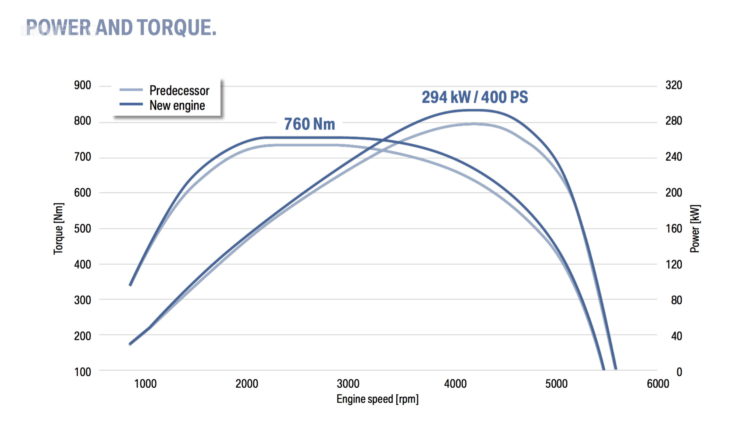 This new B57 is also said to rev quite quickly and it even revs pretty high for a diesel, with a redline of around 6,000 rpm. While that’s nowhere near the redline of, say, a BMW I6 petrol engine, it’s higher than many diesels and revs faster than you’d expect from a diesel. This gives the engine a bit more character than your typical compression-ignition engine and might actually allow it to be entertaining to drive. That is, of course, if you don’t already find spitting chunks of asphalt rearward, as 516 lb-ft of torque chew up the road, entertaining.

BMW is no stranger to crazy engines, as its previous tri-turbocharged I6 diesel was pretty crazy itself. But this is just over the top in the best possible way. If you buy one of these beasts, make sure you get xDrive if it isn’t already standard, as I’m not sure just two rear tires can handle that much torque. 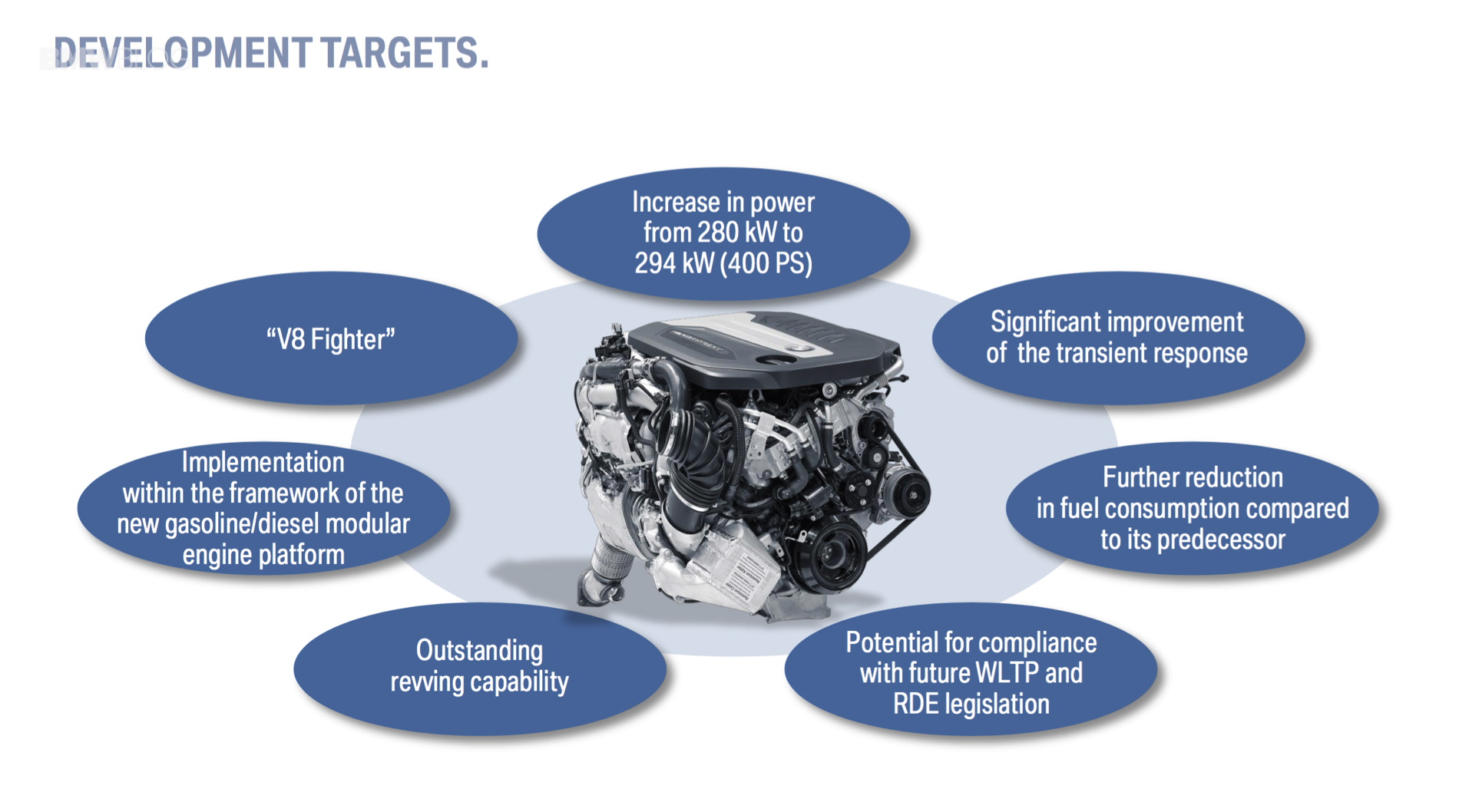 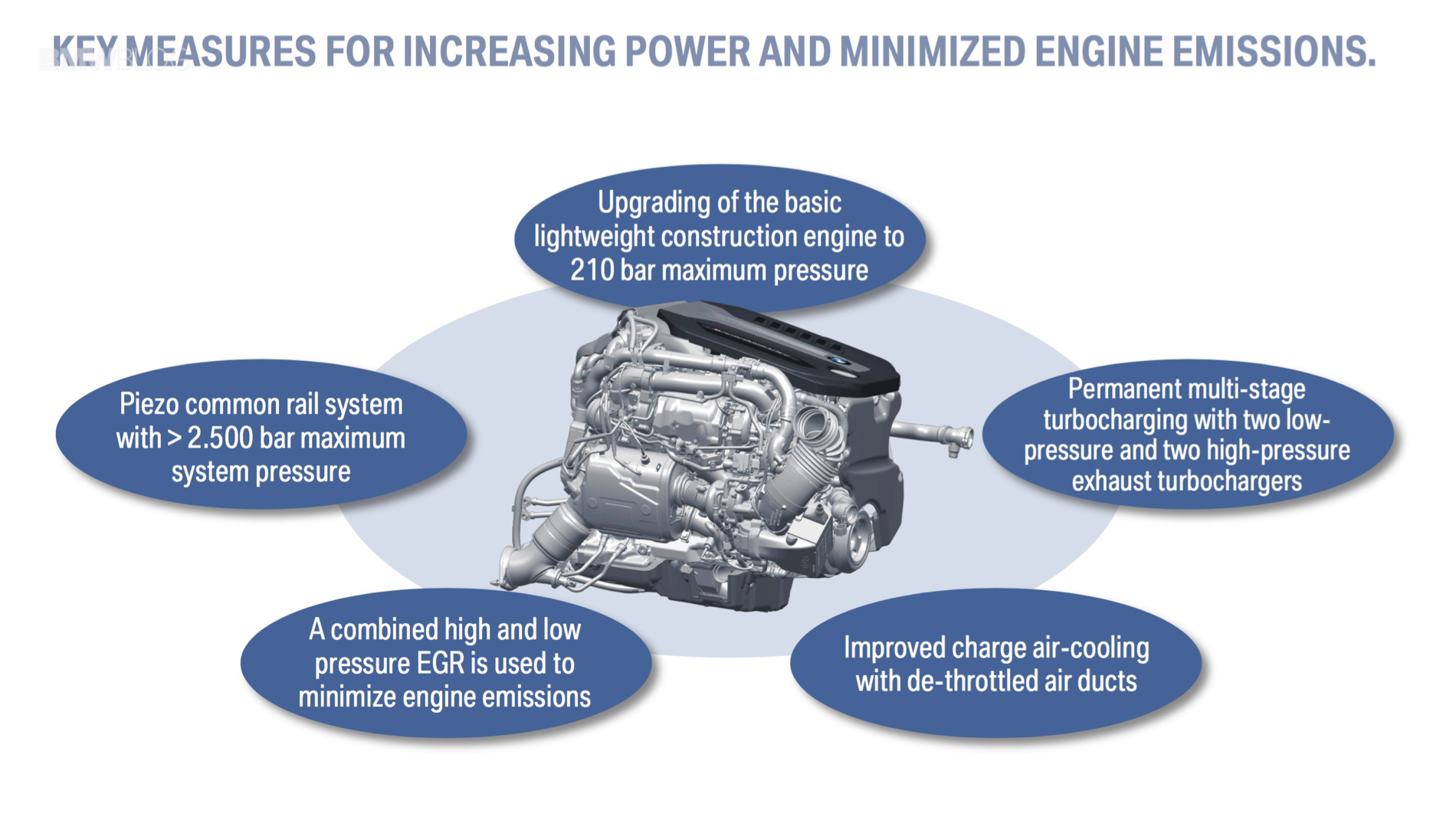 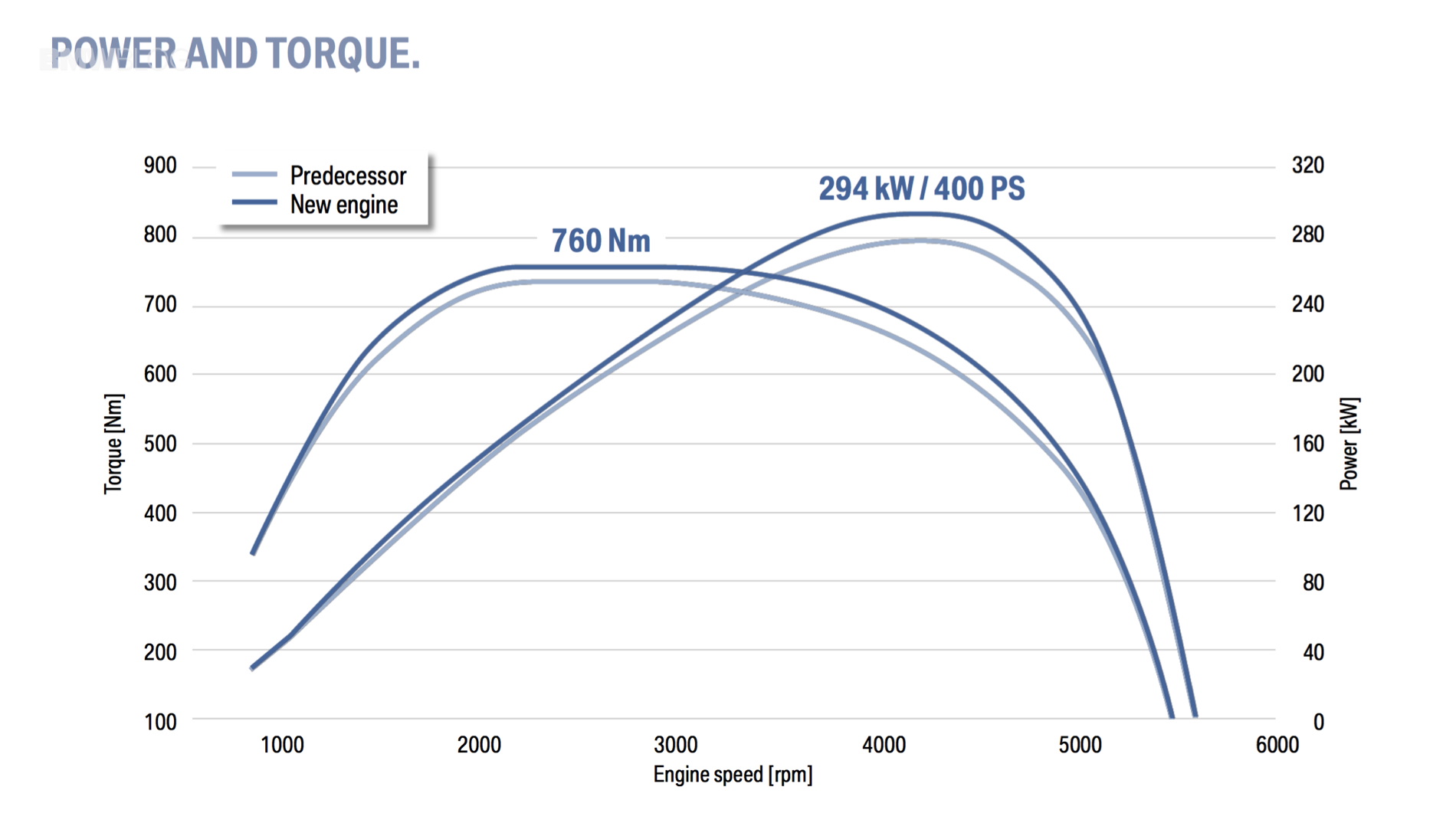 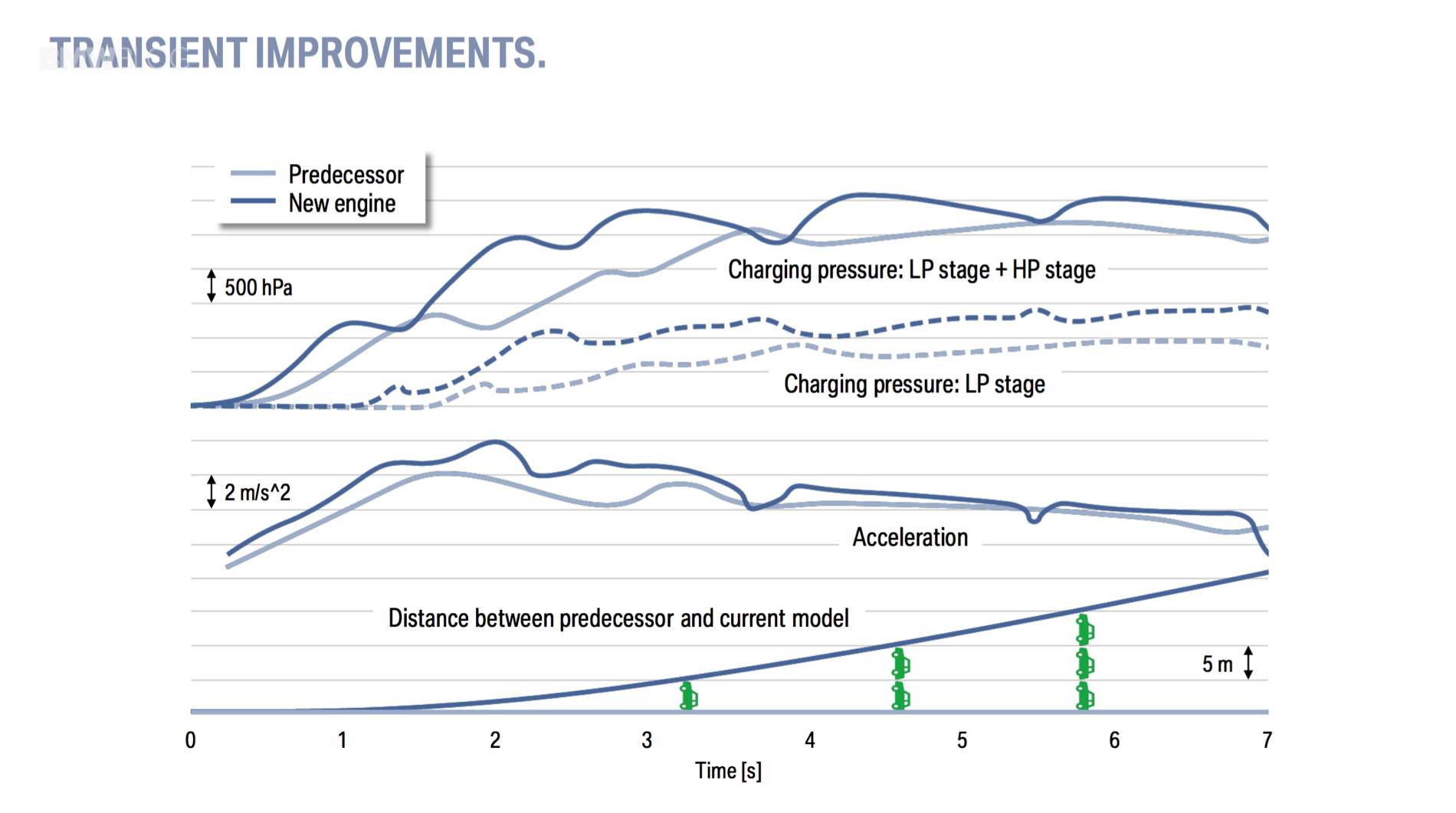 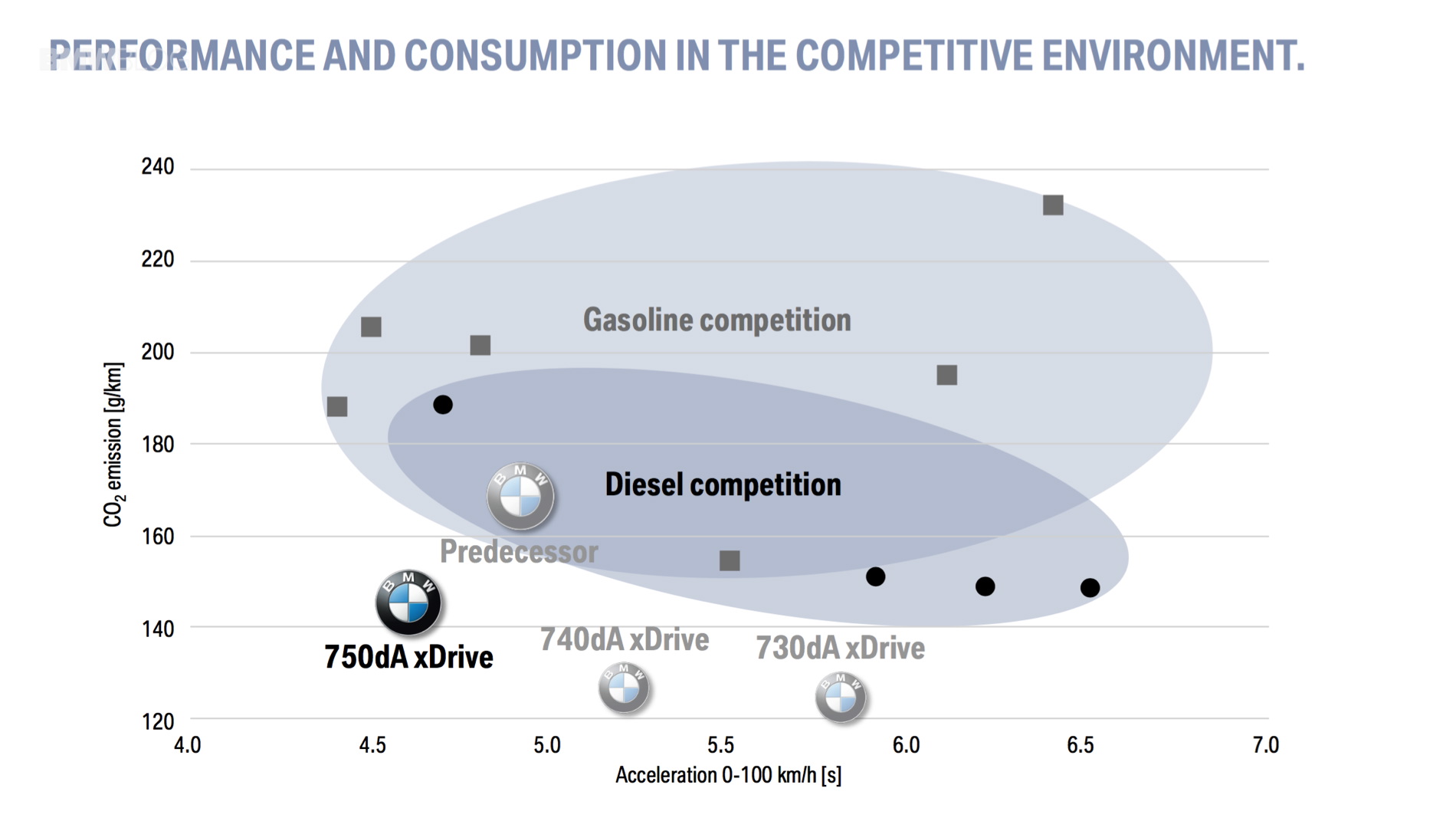 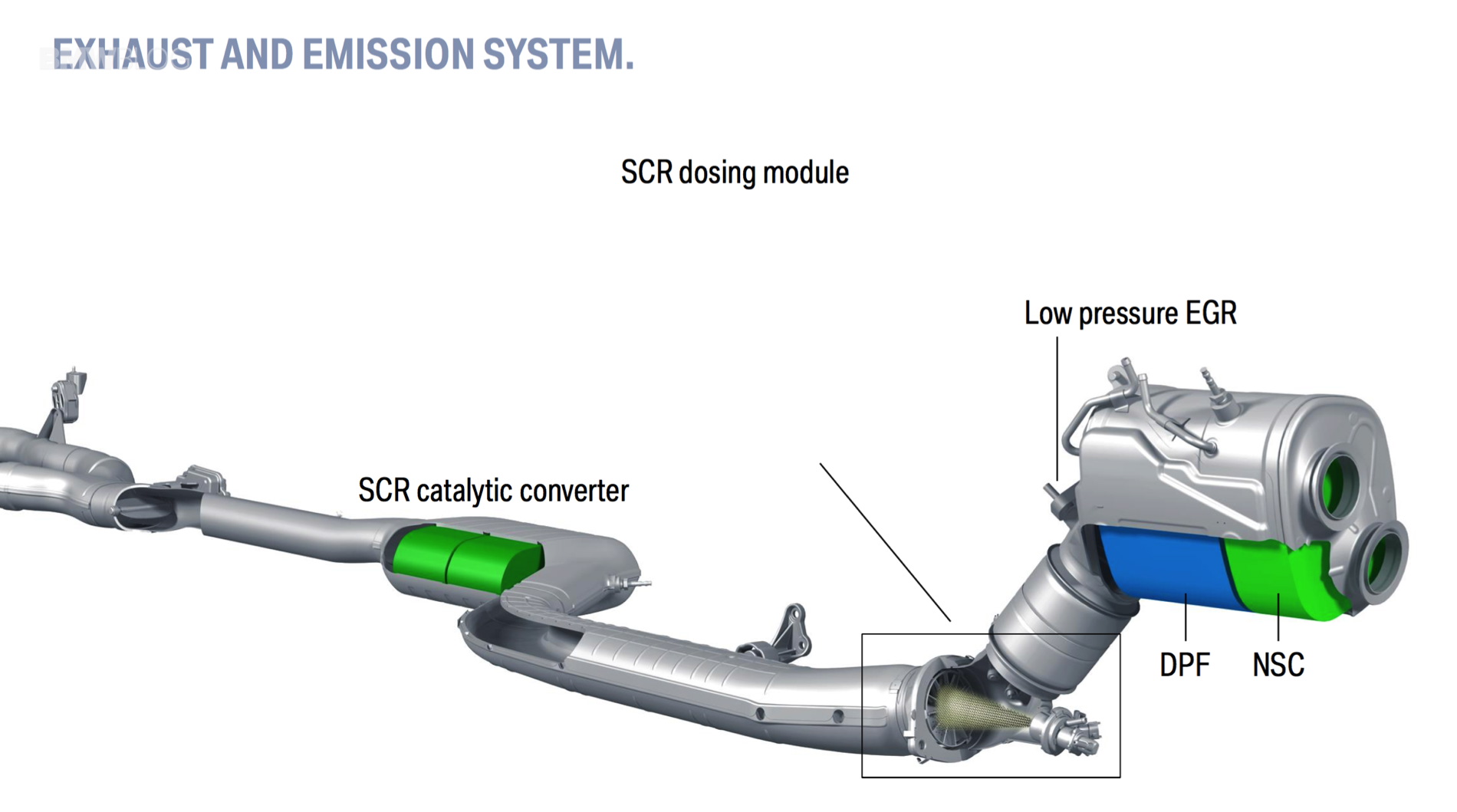 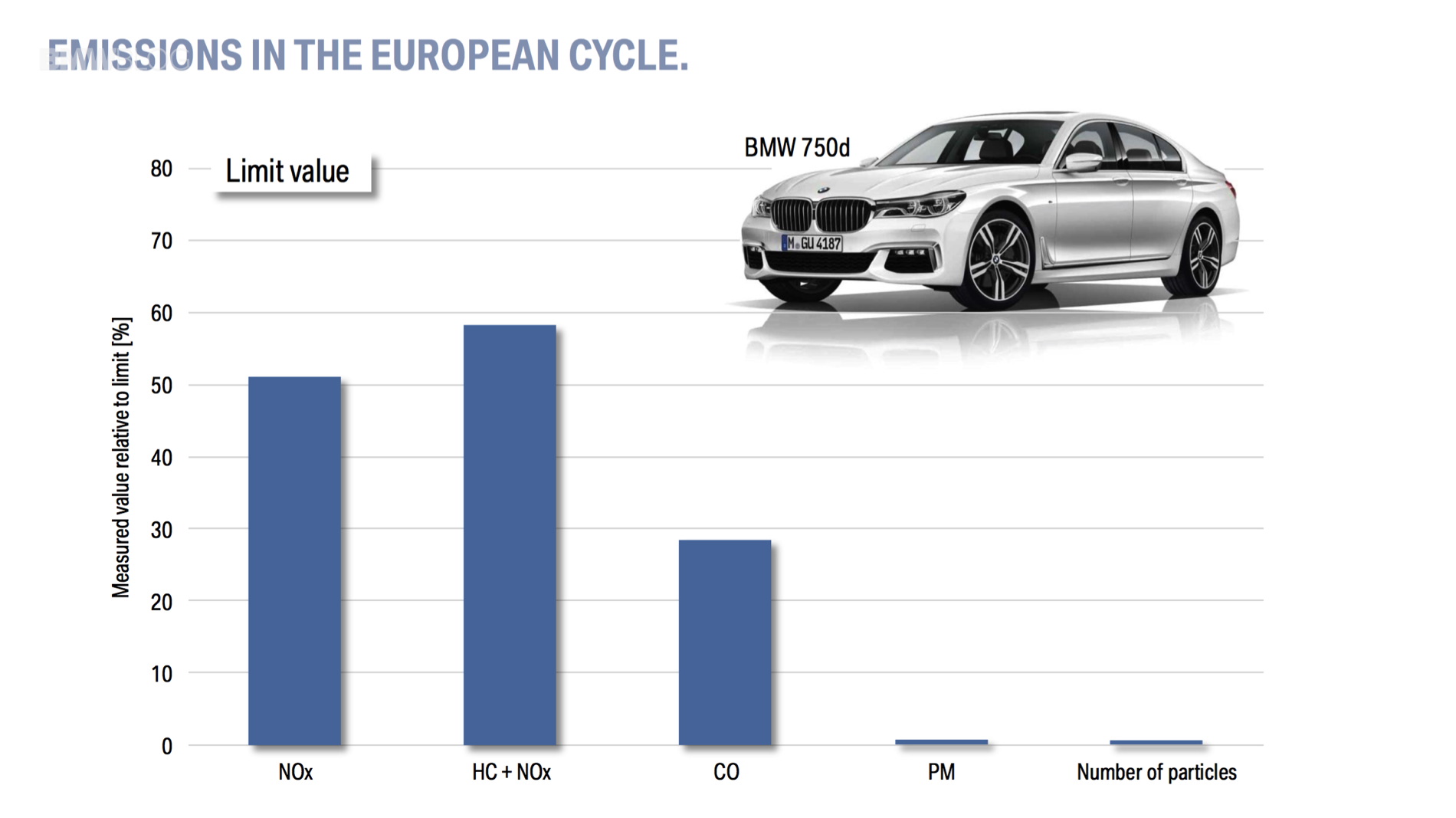