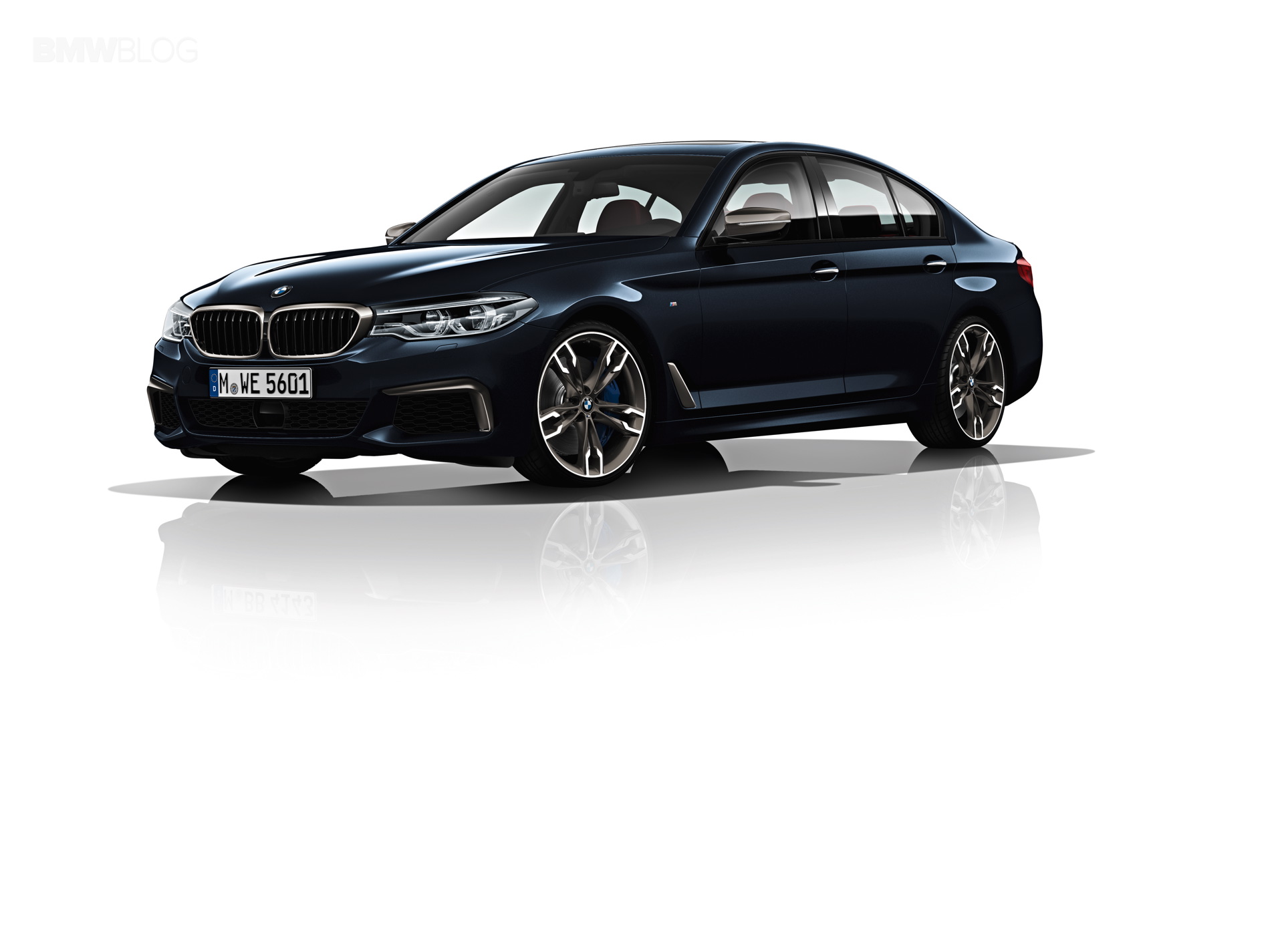 The jewel in the 5 Series crown is – at least until the new M5 arrives – the new all-new M Performance-developed BMW M550i. In March 2017 – just a month after the launch of the other 5 Series models – the BMW M550i xDrive will take over as the sporting highlight of the new BMW 5 Series range. 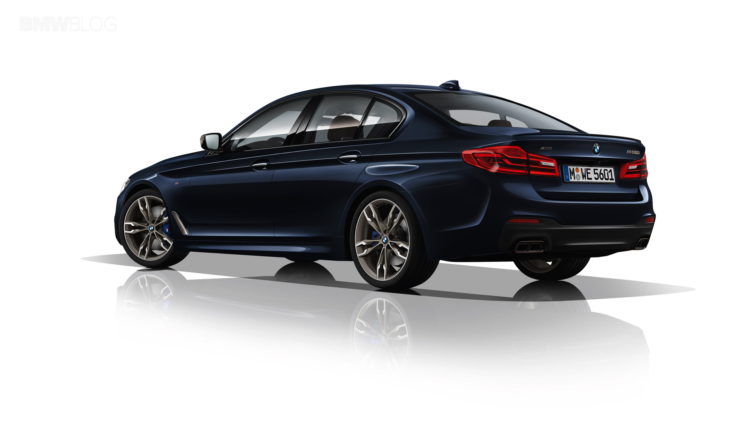 What’s even more exciting is the standard sprint. According to BMW, the BMW M550i xDrive dispatches the 0 – 100 km/h (62 mph) sprint in 4.0 seconds. If we look at the 0 to 60 mph sprint, we expect the M550i to achieve that in 3.8 seconds. Although this is only 12 hp more than the predecessor and the torque is only slightly higher, the standard sprint nevertheless is a full four tenths of a second faster than the previous 550i xDrive. 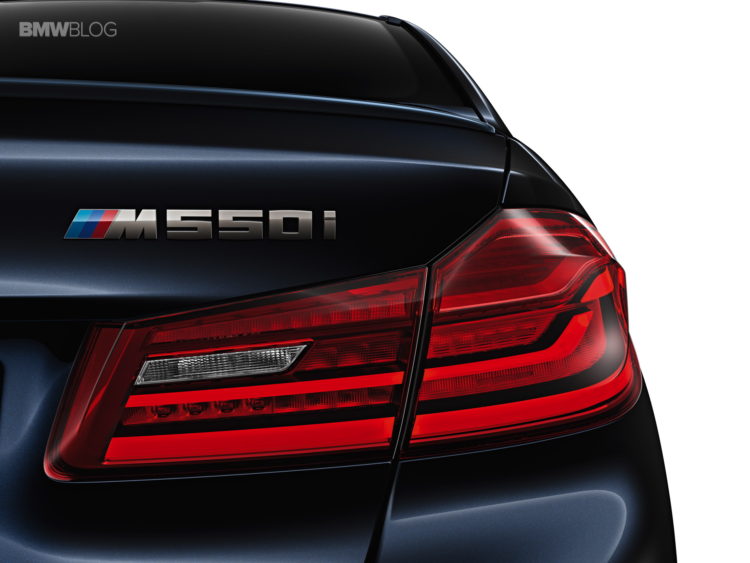 The engine is matted to the eight-speed ZF automatic transmission standard while the design of the M550i closely resembles the appearance of all the other new 5 Series with M Sport Package. Not only the exterior mirror caps, but also the kidney mountings, the aero flaps in the front apron, the air outlets behind the front wheels as well as exclusive light alloy wheels are unique to the M550i. Another distinctive feature is the exhaust system with four almost square tailpipes combined in two rectangular enclosures. 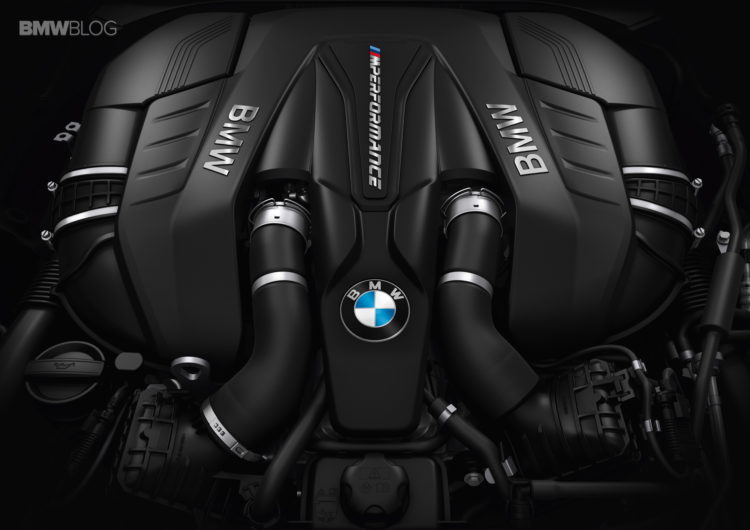