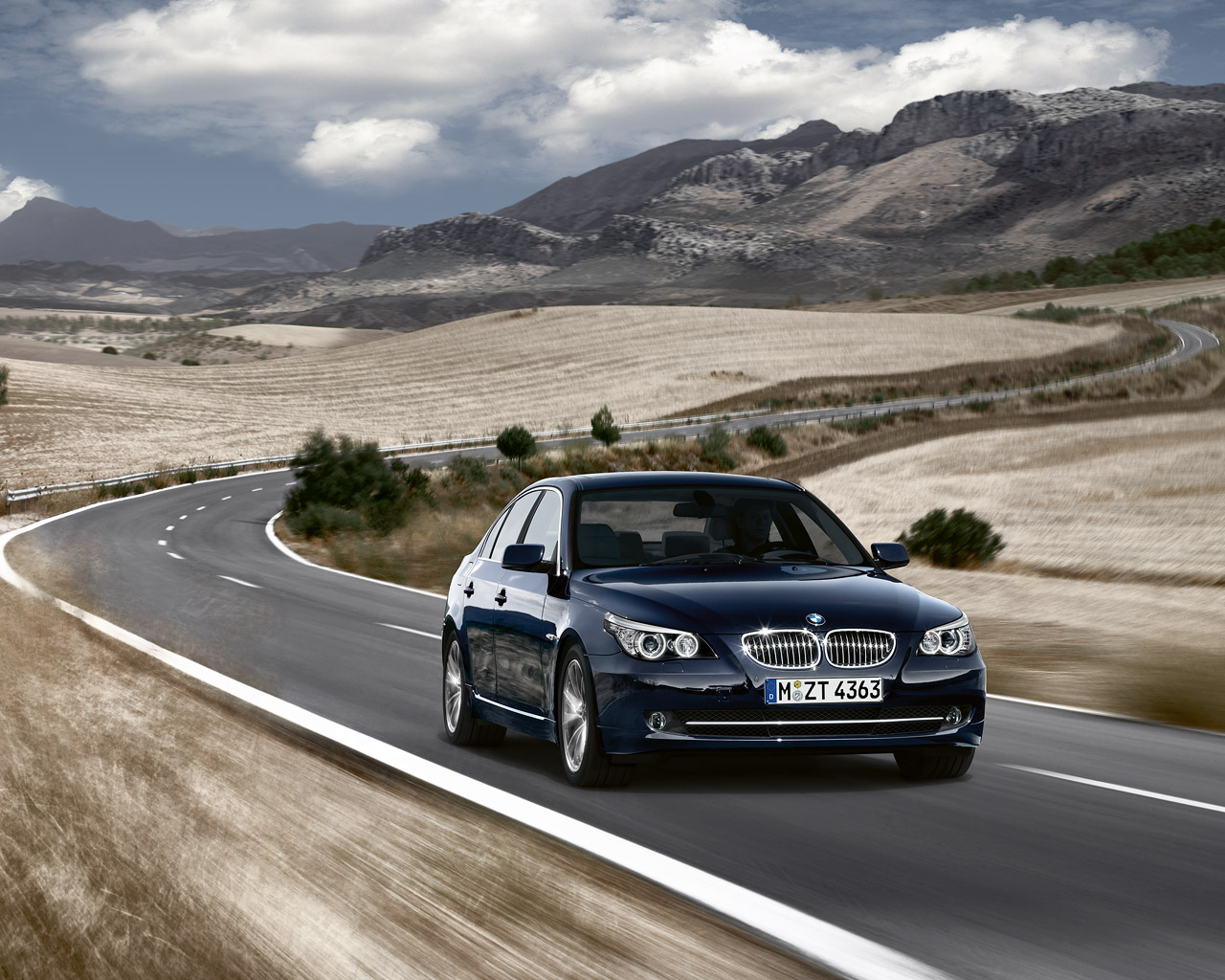 With the arrival of the G30 5 Series, it’s hard to believe that the E60 is now two generations old. The design of the car doesn’t look dated and the E60 is no fluke when it comes to performance either, especially if you get your hands on one of the V8s or the M5.

Moreover, despite the furor over David Aracangeli’s pen-work (which I think was a master-class) BMW managed to sell over 1.4 million units of the fifth-generation 5er and the car is now quite popular in the used-car segment.

A quick search on eBay will list you around 100 pre-owned E60s, with a 2007 530xi going for an astonishing $500 (yes, we are serious). However, buying a pre-owned car isn’t as straightforward as just picking up a good listing on eBay, particularly when it’s a BMW, since a wrong decision can cost you thousands of dollars and countless trips to the workshop. And hence, we have compiled a guide for prospective E60 owners.

I have never owned an E60 so if you drive/used to drive one, please leave your suggestions and tips in the comments below. 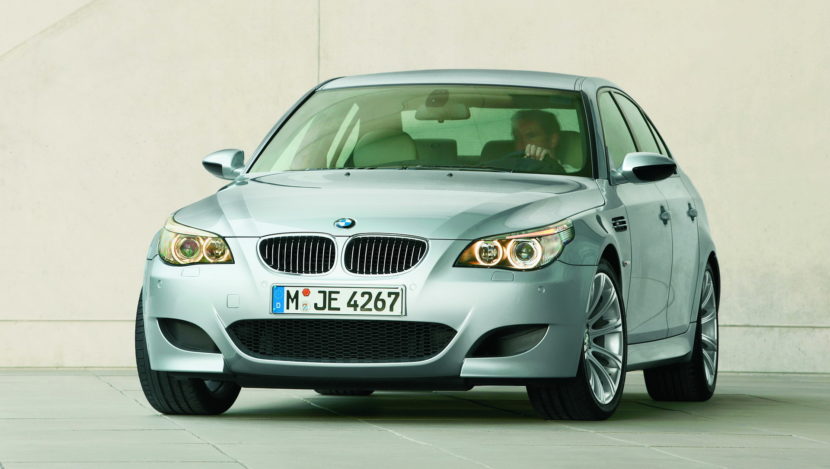 Moving on, turbo-related issues are quite frequent on the diesel models and majority of the 4- and 6-cylinder petrol variants are not really worth buying unless you are getting a really good deal (we do like the 535i). Nonetheless, two models that we think are worth buying are the LCI variants of the 535d and the 550i. Why the face-lifted models? Because they have better interiors, updated iDrive system, improved fuel economy and in case of the 535d, a tweaked engine as well.

The 535d got the same M57 engine like most of the other diesel E60s but instead of the variable geometry turbocharger, it got BorgWarner’s KP39 high-pressure and a K26 low-pressure turbocharger after the facelift in 2007. This meant that turbo failures were quite rare, making the E60 a very reliable buy. Not only that, with the twin-turbo inline-6 engine pushing out 282 hp and 580 Nm of torque, you won’t cry out for more power unless you are planning some track time. Do note that the 535d was never sold in the United States, which is a shame as it’s not only the most powerful but arguably the most robust diesel E60 too. 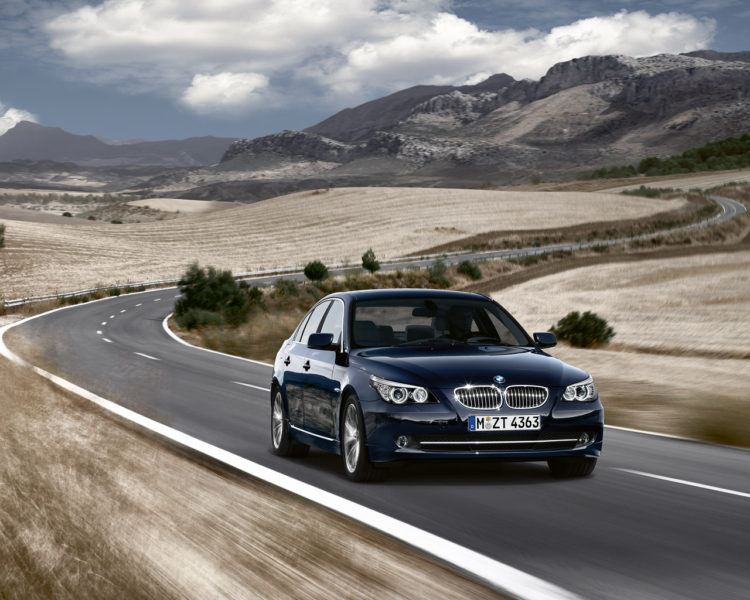 The 550i packs a 4.8-litre naturally aspirated V8 engine producing over 360 hp and nearly 500 Nm of torque. Being a naturally-aspirated engine, performance upgrades will cost you a fortune but this is a car that has more horses than the 991 Porsche Carrera so you shouldn’t really feel underpowered driving it. A manual gearbox would be ideal to go with the V8 but you will have a hard time finding a 550i with the stick. The V8s of the E60-generation have been reported to give troubles to some owners and many will suggest you to stay away from them. However, most of the 550i owners swear by their car’s reliability and you are unlikely to get any major setback in a model that is non-accidental and has a full service record.

Like any other car, the E60 has its fair share of troubles. For the diesels, the turbos have been known to go awry and while you are unlikely to face that issue with the 535d, the latter can suffer from screwed up swirl flaps, which are fitted in the intake manifold of a diesel engine to aid combustion.

Swirl flap failures have been responsible for countless battered engines and consequently, BMW hasn’t used them since 2009. So if you buy a 535d, it’s best you replace the swirl flaps with blanking plates. It’s a DIY job and there are several articles on the internet that will guide you through the process. Some owners (especially of the 530d) have complained about a dip in the performance after removing the flaps but that can be fixed via a remap.

The 550i, on the other hand, as aforementioned, is considered to be a very robust piece of machinery but there are some faults that are common across the E60 range so be careful of malfunctioning sunroof and coolant thermostats and failing control arm and brake booster. Also, although many people tend to ignore this but since these cars are somewhat old now, electronic issues may crop up.

You will find a lot E60s retailing under $5,000. However, most of them will either be the entry- or mid-level models or would have clocked up too many miles on the odometer.

For a well-maintained 550i that hasn’t been run too much, set a budget of $10,000 to $15,000. Meanwhile, for the 535d, be prepared to spend around £10,000. You can negotiate to bring the price down but remember if the asking price is too low, the owner could probably be just frustrated with the car and wants to get rid of it.

I have always loved the E60. Not only does it look fantastic, but with the arrival of the F10, BMW has softened the 5 Series in order to make it more comfortable to drive. The suspension isn’t the same anymore and the electronic steering doesn’t provide the same feedback you’d generally expect from a Bimmer. And this makes the E60 all the more special for a purist. It may not be as reliable as its predecessors (owing to more complex electronics), but I wouldn’t mind splurging a premium on maintaining a car like the 550i or 535d.