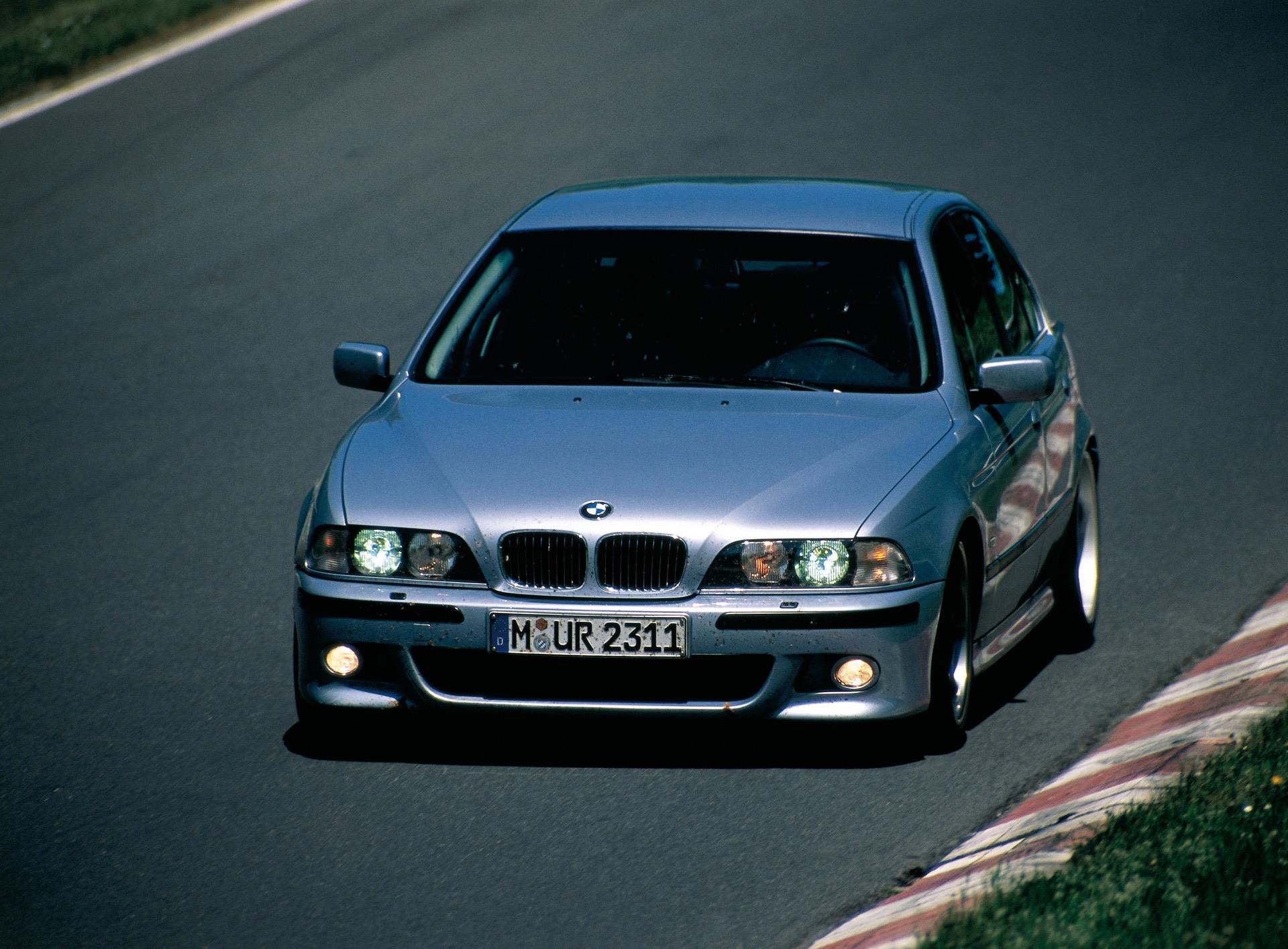 Probably the most popular 5 Series among BMW enthusiasts is the E39-generation. Most of that popularity comes from the E39 M5 being the best M5 in the model’s storied history. But much of the M5’s success is attributed to the spectacular chassis that is the E39 BMW 5 Series. And if you go on any BMW forum or even just do a quick look in your local classifieds, the E39 5 Series is by far and away the most common 5er you’ll see among enthusiasts.

There’s good reason for that. It’s the best driving 5 Series ever made. Personally, I’m a fan of the E28 5 Series myself, but that has more to do with its look and its history, rather than the way it actually drives. When it comes to the driving experience, the E39-generation is the best 5 Series ever made. Some may be fans of the E60-gen instead or maybe even the E34, but the overwhelming majority of BMW fans feel that the E39 is best. And because of that immense popularity, we’re going to give you a buyer’s guide for the E39, in case you’re in the market for one. And if you already have one and have some good buyer’s advice, please feel free to comment below, as you might be helping an aspiring enthusiast out.

Obviously, the answer is always M5. It’s possibly the best four-door BMW the brand has ever made, so if you can afford an E39 M5, don’t even think about it, just do it. However, E39 M5s aren’t necessarily cheap anymore, with some costing an easy $20,000 – $30,000 for a car that’s over a decade old. However, there are some excellent other variants of the E39 5 Series that are incredible as well and can be had for far cheaper.

BMW 530i – The E39 BMW 530i replaced the 528i in 2001 and ran until the end of the E39’s life cycle. It came with an M54 3.0 liter I6 engine that made 228 hp and was paired with either a five-speed automatic or five-speed manual transmission. Obviously the manual is preferred, but the five-speed ZF-sourced auto isn’t bad at all. But the silky smooth 3.0 liter I6 belts out far more than enough power, makes a great noise and is a classic BMW straight-six engine. It’s fast enough to be fun and smooth enough to be luxurious. Plus, E39 530is can be had for pretty cheap.

The 540i was basically the baby-M5 and its exhaust note was evident of that. With an exotic burble at low rpm and an intoxicating roar at high-rpm, the E39 BMW 540i genuinely felt like a special car and still does even all these years later. It’s a bit more expensive, both outright and in terms of maintenance, but it’s worth it. Especially when paired with the six-speed manual.

There isn’t a single car in the world that doesn’t have its weird repair quirks. Ever car has common and recurring issues and they’re worth knowing before buying. For the E39 BMW 5 Series, all models seem to have some pretty specific recurring issues. However, there aren’t many and the E39 seems to be one of the more reliable BMWs in recent history. A family member of mine has one and it’s lasted quite a long time without any serious issues, despite the face that it’s been taken care of about as well as Joe Jackson’s kids. However, there are some things to watch out for.

The ICV (Idle Control Valve) is one of them. This isn’t too serious of an issue, but it can cause some very serious idling issues, such as a very rough idle and even stalling in cold weather. The ICV, most of the time, doesn’t need to be replaced, only cleaned. The ICV controls the air flow through the intake manifold at idle and sometimes the electronically-controlled valve gets stuck, for various reasons. Taking the ICV out and cleaning it with a proper cleaner and making sure it opens and closes freely is important maintenance. Many E39 owners take their cars into shops, wondering why their cars idles so rough and end up paying a ton of money for nothing, really. A simple cleaning of this part can save hundreds. It’s kind of annoying to get to, as it’s underneath the intake manifold, but if you have the time to DIY it, it’s well worth it.

Another serious issue is the rear subframe bushings. These rubber bushings tend to go bad at around 100,000 miles, which is the usual mileage for buying an E39 these days. And when they go bad, whether it be dry-rot or whatever, the rear end of the car tends to ride horribly. It bucks over choppy pavement and can cause wheel hop when driving quickly. While, typically, front suspension bushings are no big deal as they can be easily replaced, the rear subframe bushings require quite a lot of work to replace. It requires taking the entire rear suspension off and dropping the subframe. It’s not a fun job and it takes awhile but, again, if you are willing to DIY it, make sure it gets done. And while you’re at it, replace the entire suspension. Shocks, springs, bushings, the works. It’s well worth it.

When it comes to actually putting your hard-earned money down, things get a bit complicated. There are many different variants of the E39 5 Series, especially considering European models. However, the two aforementioned models are probably still the best bets for fun and enjoyment. While BMW 525is can be had for less than $4,000, it’s not worth it. Not that the 2.5 liter engine is bad, it’s actually quite smooth and reliable, it’s just underpowered in the E39 5 Series. It’s great in a 3 Series, but lacks the torque to adequately motivate the E39 with any sort of verve. Believe me, my aforementioned family member’s is a 525i and it’s painfully slow. So the 530i and 540i are the ones to get and those can get pricier.

For a BMW 530i, a good price range is anywhere between $4,000 and $8,000. For that much money, you can get a decent example, with good mileage in good shape and with no major issues. Obviously, you can spend more and get a pristine model or spend less and get a sketchier model. But that’s about the sweet spot for a decent model.

The BMW 540i gets a bit more expensive, due to its relative rarity and desirability. However, if you have the extra scratch, it’s worth it. The wonderful V8 noise and extra torque make it worth every penny. Expect to spend between $6,000 and $10,000 for a decent example. Again, you can spend more for better or less for worse, but nothing is guaranteed.

The E39 BMW 5 Series is still considered to be one of the best, if not the very best, 5 Series ever made. So if you’re a younger enthusiast or on a budget, or both, and need a BMW, the E39 5 Series is one of the best bets. It’s fantastic to drive, perfectly blending sport and luxury, still looks great to this day, is easily affordable and an instant classic. If you do your research and buy one following these guidelines, you should get an E39 that will last you years to come and provide a ton of Bavarian enjoyment.