It’s almost a unanimous decision as to which BMW is the most fun and most playful track day car — it’s the BMW M2. With its small size, perfectly balanced chassis and low weight (relative to other M cars), it’s just the most fun car to wear a roundel. It would also likely be the most fun car in its price range if it weren’t for the pesky Porsche 718 Cayman S. Autocar put these two back to back to see which is the fastest and which is the more fun.

A lot of the time, those two characteristics, both fast and fun, don’t always apply to the same car. For instance, the BMW M4 is considerably faster than a Porsche Cayman, but the Cayman is the more fun car to drive. In this case, those two traits do actually apply to the same car — the Cayman — but the gap between the two cars is incredibly close. 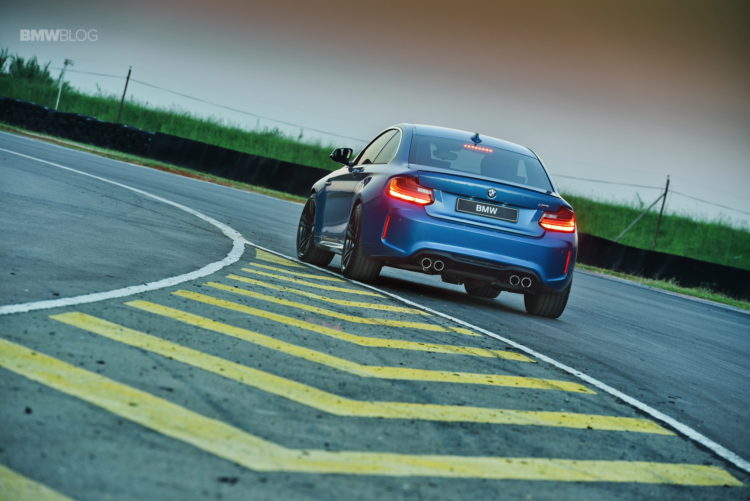 Thankfully, both cars were Spanish (Manuels/manual transmissions…their corny joke not mine, so be mad at them) so the fight was a fair one. On the straight aways, it’s actually the BMW M2 that’s the faster car. It has more power, more displacement and more torque, so it can pummel the Cayman in a straight line. However, when things get twisty, it’s the Cayman that’s faster. Its mid-engine balance, unflappable chassis and precision steering allow it to simply dance through corners. While the M2 is also great at corners, it prefers to take them a bit more sideways. And while that’s fun and cool, it’s also slower.

But the guys from Autocar also deemed the Cayman to be more fun. Its more playful character and the way it tip-toes through corners made it more fun for them. While the M2 is still great fun, and very close to the Cayman, it’s a bit more of a hoon. However, the BMW M2’s engine is the superior one, with more power, better power delivery and a much better noise. So the gap is a minute one, as BMW gets closer and closer to Porsche’s famous mid-engine weapon.