BMW is hard at work pushing for more eco-friendly cars these days. And while diesel and petrol engines continue to be the bread and butter of the their sales, the plug-in hybrid and electric vehicle variants are holding the key to a successful future. The first long-term commitment to sustainability came along with the launch of the i sub-brand that has, in the meantime, helped the Germans launch another successful venture – the iPerformance models.

The PHEV vehicles sold under the iPerformance badge are for the most part fitted with either 3 or 4-cylinder petrol engines that work in tandem with an electric motors. Depending on the specific model you’re going for, the electric motor might be either positioned on top of the rear axle (as is the case with the 225xe Active Tourer) or within the gearbox housing. 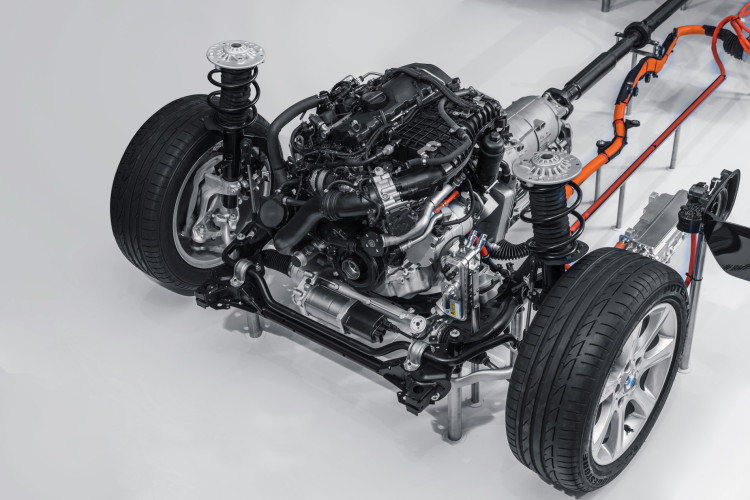 Regardless where the electric motor is positioned, all iPerformance cars come with a battery pack that is housed near the back or on top of the rear axle. On the BMW X5 xDrive40e, for example, the batteries are stored under the rear luggage compartment. However, not all iPerformance cars use the same battery size. This too varies, depending on the specific model.

Even so, you can recharge all of them using a regular wall socket or a proper charging station. Of course, depending on your power source and the battery size, the recharging times will vary quite wildly. However, the iPerformance models can also have their batteries recharged using the internal combustion engine on board. That’s one of the things that make them superior to other offerings out there.

Prior to launching their plug-in hybrids, BMW performed a study to see just how much does the average person travel in one day. Their results showed that, on average, people live some 10 km away from their work place. This way, the iPerformance cars were built with electric ranges that can allow you to cover your daily commute on a single charge, therefore emitting zero CO2 on a daily basis. The range of these hybrids varies from 30 km to 48 km (19-30 miles), which covers most of the daily driving. As for longer trips, your range is basically unlimited as you can just top up your fuel tank and continue going for as long as you want.