Just as we told you earlier this week, the guys from Car and Driver held their annual Lightning Lap contest on the Virginia International Raceway, with two BMWs being up for comparison. The fastest of the two was, as expected, the BMW M4 GTS, which was sent over by the Germans along with none other than Bill Auberlen, a man who’s been driving racing cars for 20 years now.

His mission was apparently to help the drivers from the magazine understand the car and not be afraid of it. Yes, that’s the exact term, they used when describing Bill’s advice before handing over the car. Now, we get to see the pilot behind the wheel for a quick lap around the famous track and things definitely seem faster than ever. Just witnessing Auberlen fighting with the steering wheel and pushing the car hard through the bends makes us want to go out right now and buy an M4 GTS. 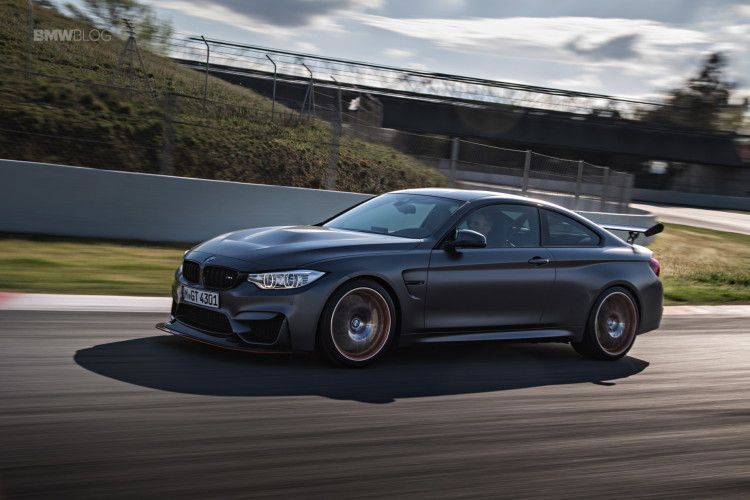 Unfortunately, only a few lucky people will get to do that. The worldwide production of the M4 GTS was fixed at 700 units and all of them have been spoken for so far. The US will be getting only 300 of them and Bill is one of the lucky guys that managed to get his hands on one. Unfortunately, Auberlen will have to wait until September to have his delivered so you might consider this an early test drive, even though we’re pretty sure he had the chance to drive this car before Car and Driver’s Lightning Lap.

It is also quite unfortunate that we didn’t get an official lap time with Bill behind the wheel. From the looks of things, he might’ve been faster around the track than K.C. Colwell’s 2:52.9 run. We’re also curious what kind of lap time the BMW M2 would’ve returned with the same driver behind the wheel and maybe with a 7-speed DCT gearbox on board instead of the manual.