Video: Celebrating 100 Years of Excellence with the BMW M6 GTLM

By now every fan of the BMW brand is likely to have heard that the Bavarians are celebrating their 100th anniversary. Considering how much the Germans invested in marketing for this occasion, it’s likely that even non-fans probably have heard about it. A new video from the Bavarian company that will be aired on TV later this summer uses an unconventional car to celebrate this special occasion: the BMW M6 GTLM.

In the latest video published by BMW on its Youtube channel, a BMW M6 GTLM car is featured, saying ‘Happy Birthday’ to the blue and white roundel with its V8 exhaust sound. Featuring the BMW Next 100 Years livery, the new racing car reminds everyone on the track about the special year. 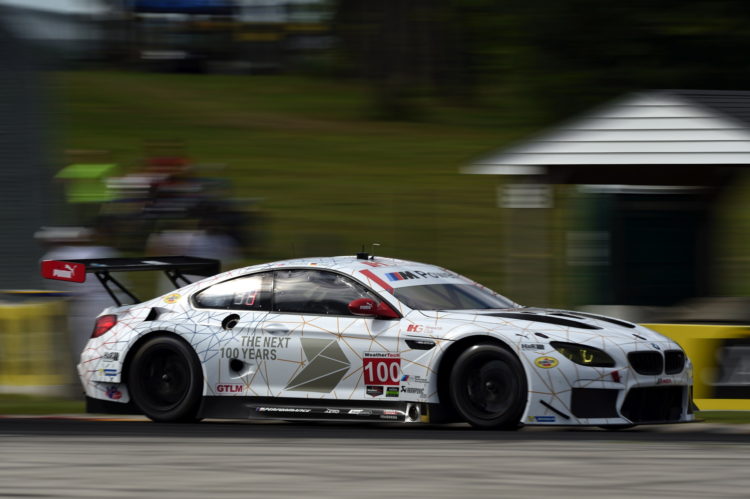 As for the BMW M6 GTLM, the car proved to handle racing better than expected, stepping confidently in the shoes of the BMW Z4 GTLM it replaced. With its 4.4-liter V8 turbocharged engine that can reach up to 585 HP depending on the race specifications it needs to abide to, the M6 already has a couple of wins to its name. Developed alongside the GT3 version, the GTLM doesn’t have ABS and is some 50 kilograms lighter than its brother, tipping the scale at 1,250 kg.

“The BMW M6 GTLM has all the essential ingredients to be competitive and thrill fans in the USA and Canada from the word go”, said BMW Motorsport Director Jens Marquardt when the car was launched originally with the BMW Next 100 Years livery. “Many of our customers and fans in North America are also BMW M enthusiasts. That makes it all the nicer to be able to field another car from our sportiest line of products, in the form of the BMW M6 GTLM.”