When the BMW 2 Series first came out we were actually happy to see that the 1 Series Coupe had a successor. The problems started showing up when the Germans decided to fit their first ever front-wheel drive models within the same model range, bringing out the 2 Series Active Tourer and 2 Series Gran Tourer later on. These two have been pariahs from the get go and rightfully so.

It’s hard to love the Gran Tourer or its smaller brother, the Active Tourer if you’re a die-hard fan of the brand. The reasons are so many that it would be futile to list them all here but we will mention the two most important ones: design and powertrain layout. While BMW got us used to seeing elegant yet sporty cars come out of their designers’ capable hands, the MPVs of the range are just boring to look at. 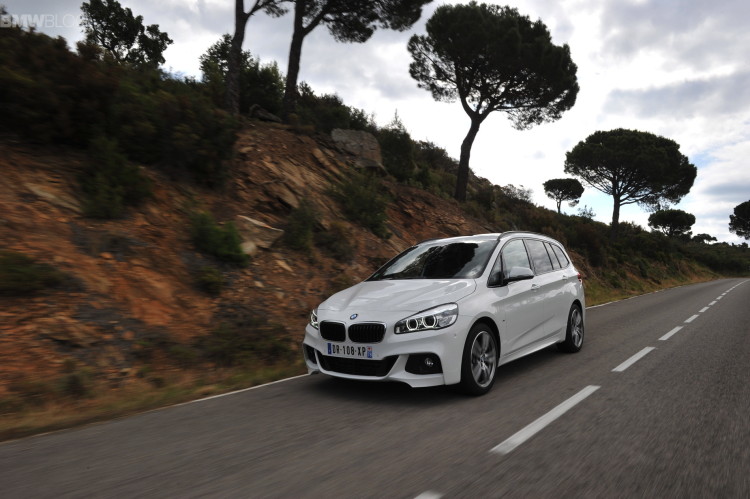 They are also built on BMW Group’s UKL platform, therefore becoming the first ever BMW models with front-wheel drive on board, yet another reason to hate them. Sure, you can get xDrive but even then you won’t be treated with the good old-fashioned rear-wheel drive biased system but with a new one that sends power to the rear wheels only when needed. One such situation can be observed in the video below.

As a matter of fact, this clip could be used as a promo ad for the BMW 2 Series Gran Tourer, as the driver puts it in some very good light. As you can observe, he perfectly showed us how a Scandinavian Flick should be done, drifting this 7-seat MPV on the Green Hell like it was nothing. Furthermore, you need to notice the fact that this appears to be a regular taxi that just happened to stroll onto the Nurburgring during one of the famous Touristenfahren days when nearly anyone is allowed to drive on the famous track.

Now, regulations claim that you’re not allowed to drift on the German track so this should fall into the ‘awesome recovery’ category, the driver probably claiming upon further investigations from track officials that he just lost control of the car for a brief moment and had to do what he did to gain back its composure. That being said, well done for both the driver and the 2 Series Gran Tourer that showed us what can be done with so very little at hand.