This year’s BMW M Track Days event took place in Barcelona, Spain and saw over 240 BMW M customers jump into the latest M cars and go for a full-on track experience with the best BMW instructors by their side. Being held between 4th and 10th April, the weather was perfect for this sort of hooning while the brand new BMW M2 was also introduced to the world.

Of course, the new ‘baby M’ wasn’t the only car made by the Motorsport division present on the set but it did attract the most attention as it was being unveiled for the first time for many of the customers right there and then. Among the crowd of models on the Spanish course, you could also spot various BMW M3, M4, M5 and M6 cars as well as the rare M4 GTS that was put up for display.

Those that participated in this year’s BMW M Track Days even had the chance to drive on the Barcelona Formula 1 track, a 4.6-kilometer long circuit of pure thrills with 16 challenging turns. The Circuit de Barcelona-Catalunya was opened on 10th September 1991 in Montmeló and is one of the most famous and challenging race tracks in the world. 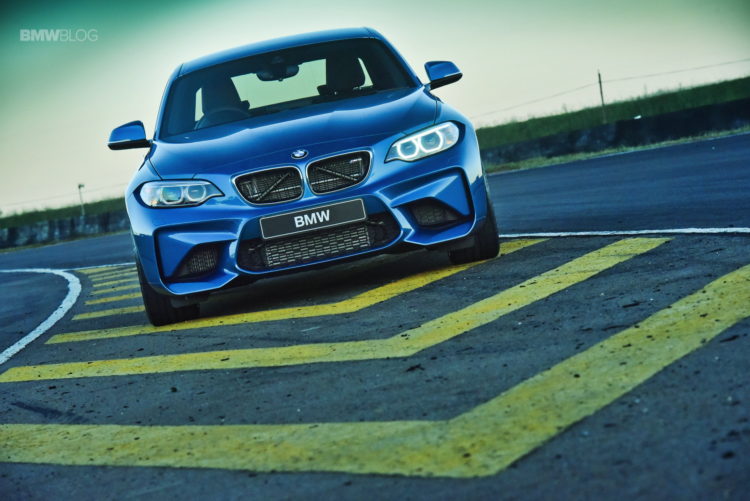 During its opening month, the F1 Grand Prix of Spain took place here for the first time. The track is still one of the most prominent venues for the Formula 1 racing series.  Rebuilt several times, the track now has a total length of 4.655 km with long-drawn-out turns and its varied combinations are extraordinarily unique for this type of track.

The experience usually last about a day and a half. Upon arrival, customers are taken to the hotel for a five-star dinner and some well-deserved rest, before kicking off on the track the next day, with BMW’s world-famous instructors by their side. The following day is filled with adrenaline, this year all of the customers getting to experience the brand new M2 on the track, as you can see in the video below.