Tuned BMW M235i Has Only One Seat

Home » Tuned BMW M235i Has Only One Seat 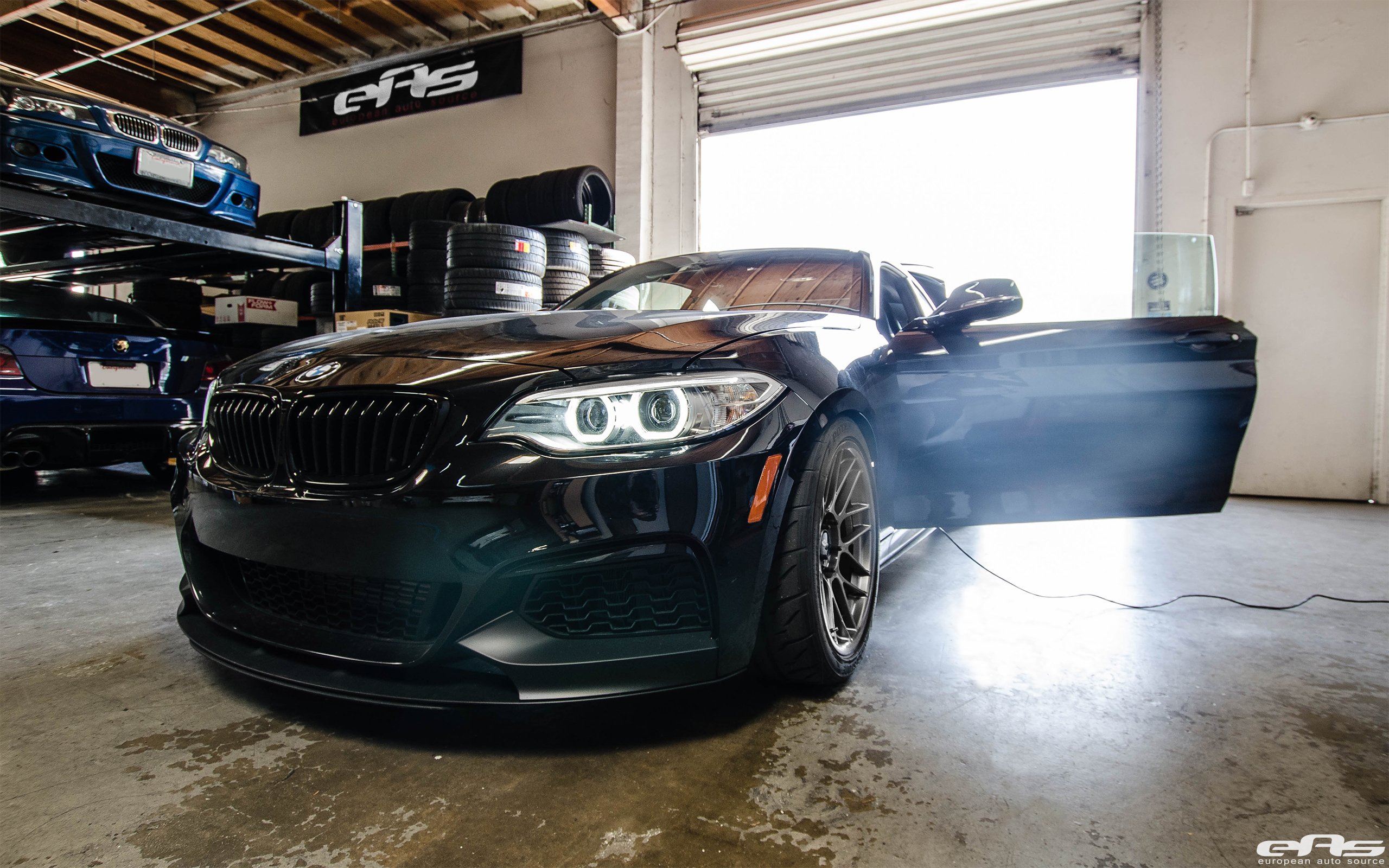 The M2 is definitely the new kid on the block loved by everyone now. However, the BMW M235i is not too far behind it. Most of the people that bought the M Performance model before the M2 came out are still enjoying it and some are even out, ‘hunting’ down M2s as we speak.

The guys from European Auto Source recently had a hardcore model come to their shop for some new upgrades. What is stunning on this particular model is how far the owner went to reduce weight. The man practically took out everything the car doesn’t need. That includes the rear seats, the boot floor cover and even the passenger seat! The driver’s seat was kept, but it was replaced with a much lighter version, from Cobra. 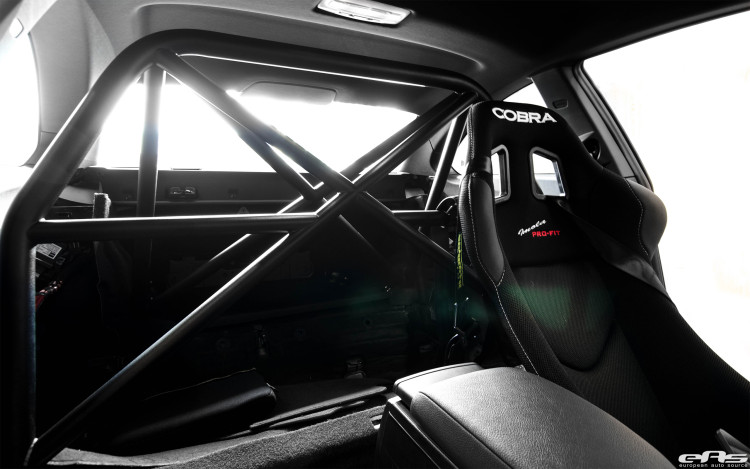 Compared to the M2, the M235i uses a similar engine under the bonnet, both units being developed on the N55 3-liter inline 6-cylinder turbocharged unit. The edge the M car has comes from new pistons, valve cover and a reworked intake, taking the output up to 365 HP. Furthermore, the suspension on the baby-M was changed to handle corners a lot better when pushed to the limit.

The M235i has a new suspension (Motion Control Suspension) as well as a Dinan carbon fiber intake and exhaust system. On the outside, the M Performance trunk spoiler, air splitter and mirror caps are immediately noticeable. To top everything off, a roll-cage was installed inside, to keep the driver safe in case he goes just a little too far. The package is completed by a set of Apex ARC-8 wheels that look stunning.

Could this BMW M235i keep up with an M2 on the track despite the power difference? 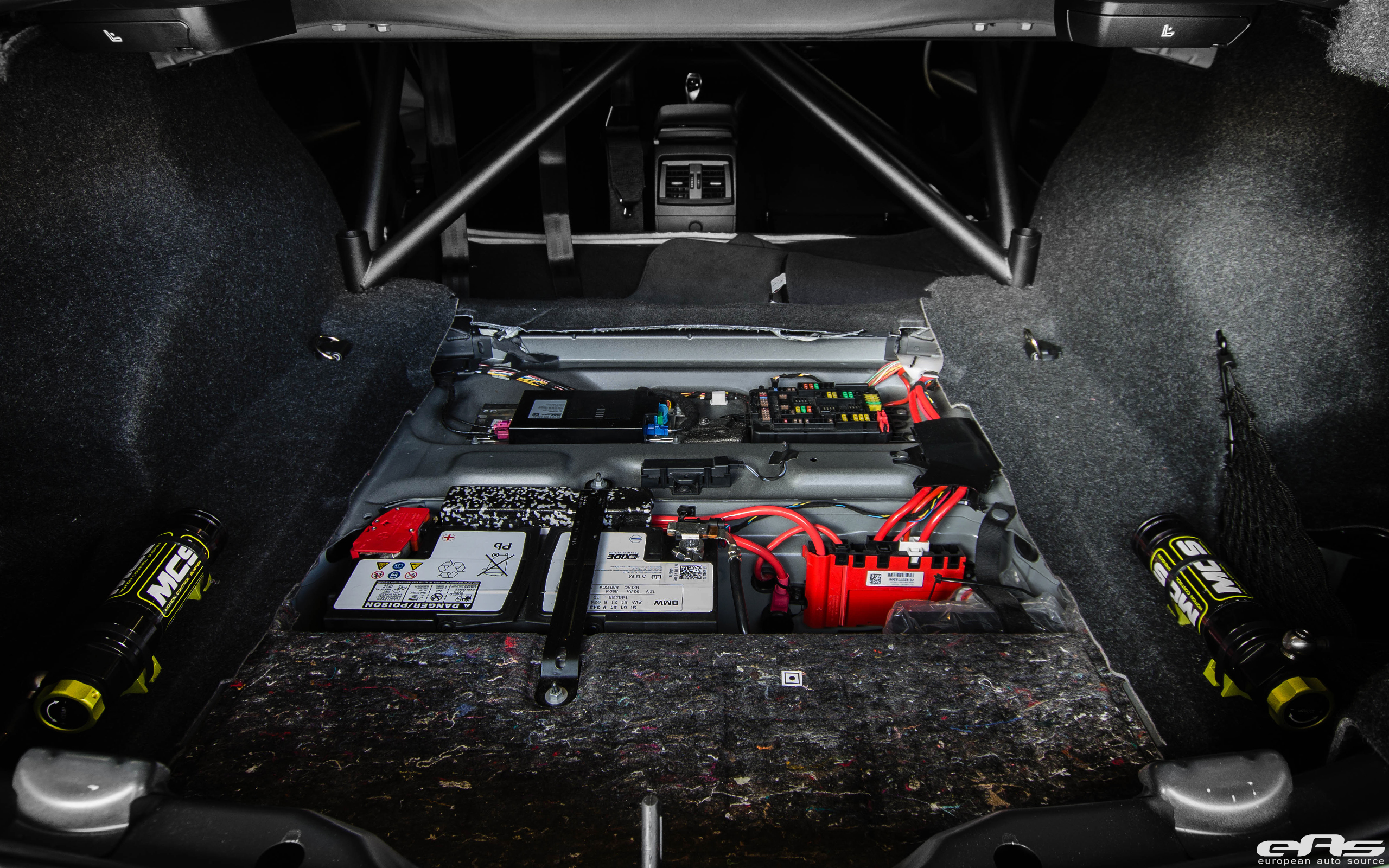 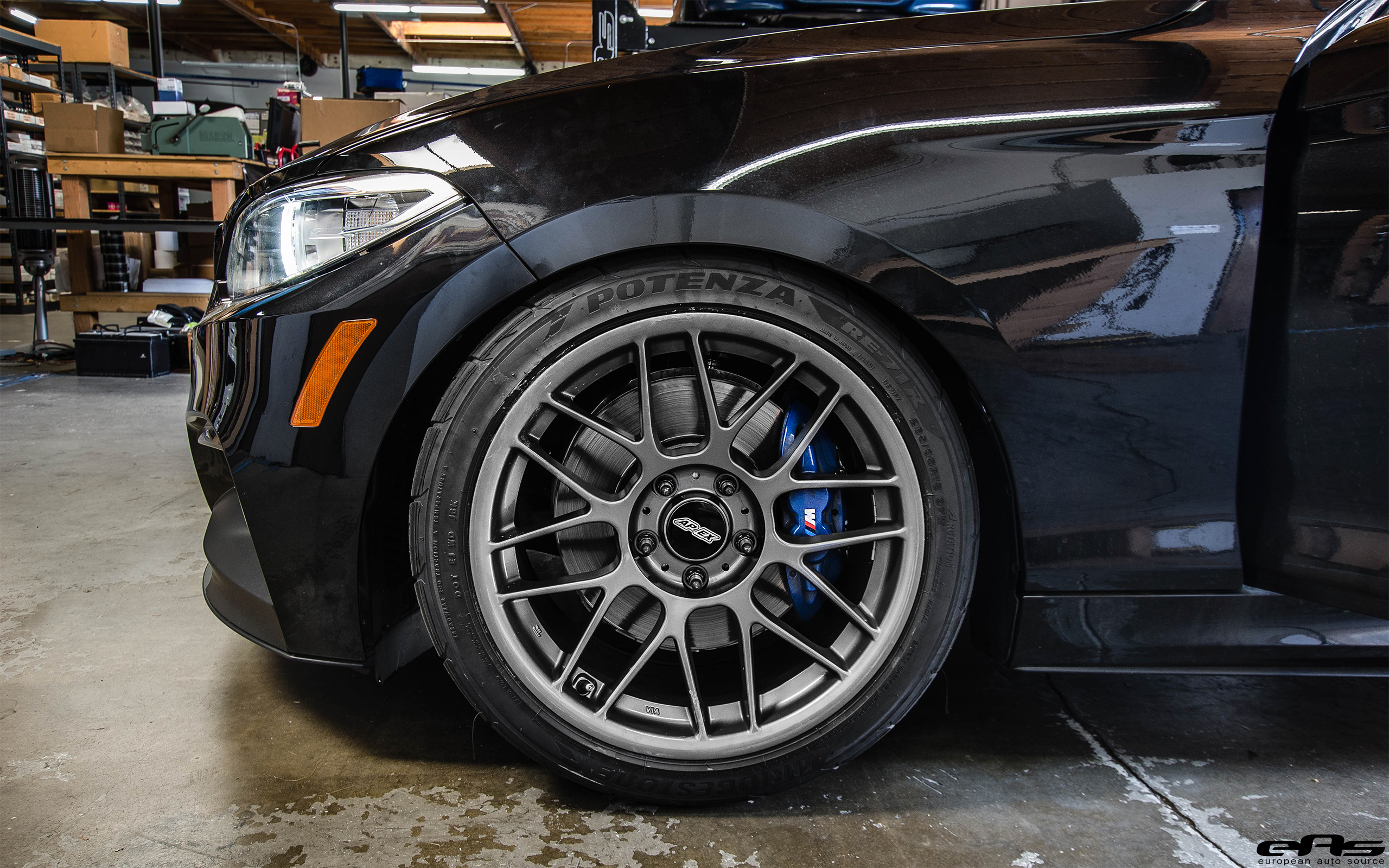 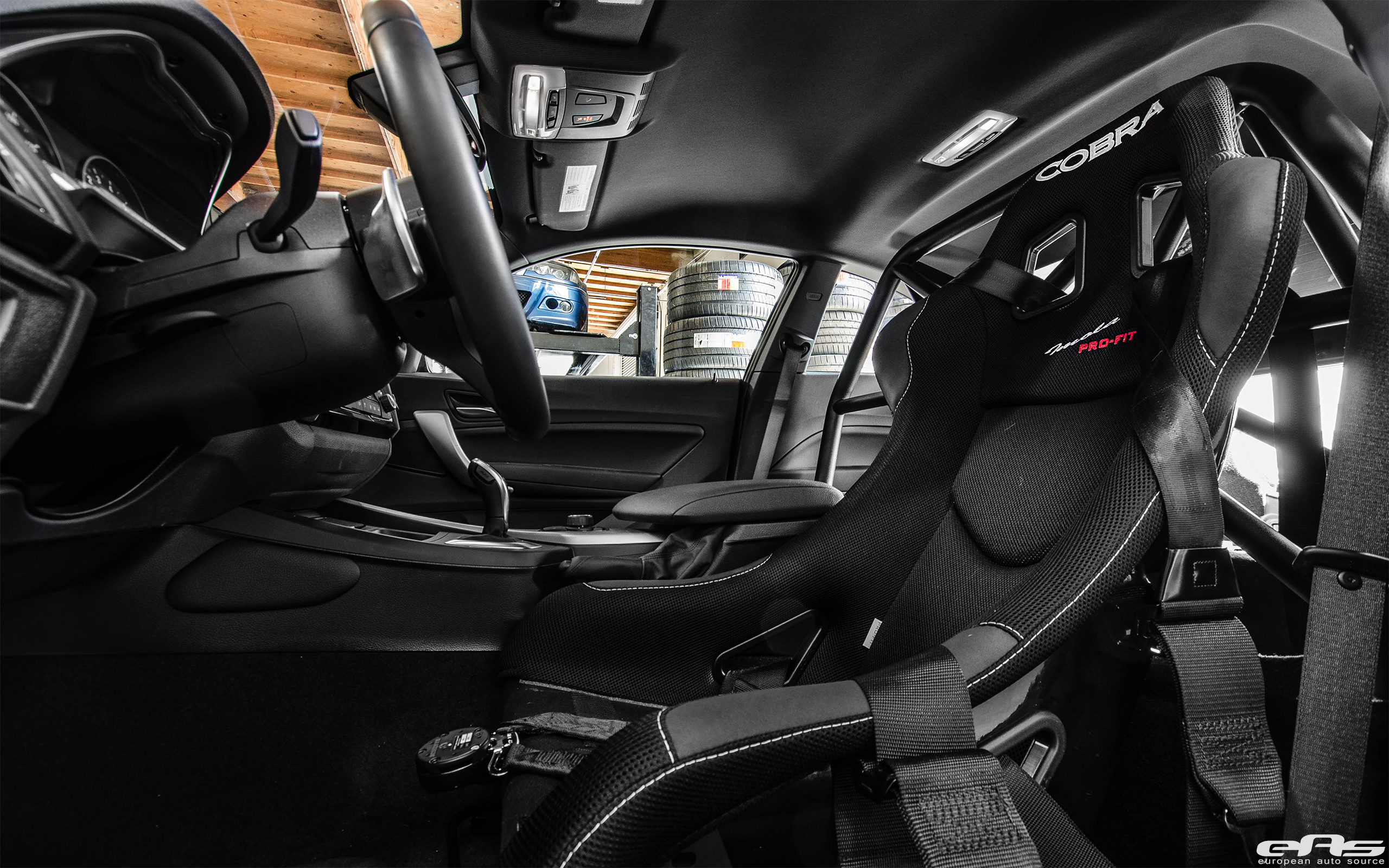 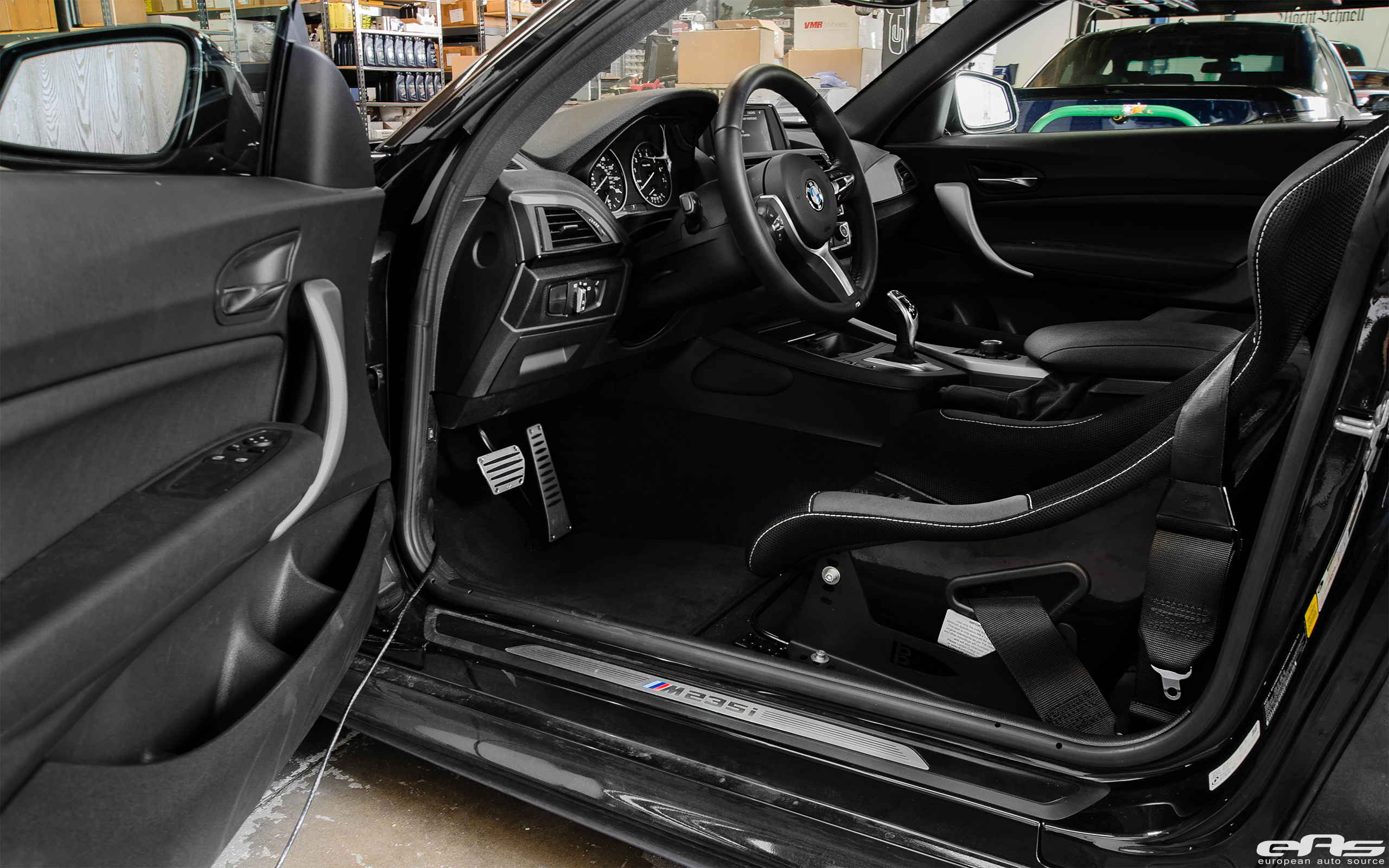 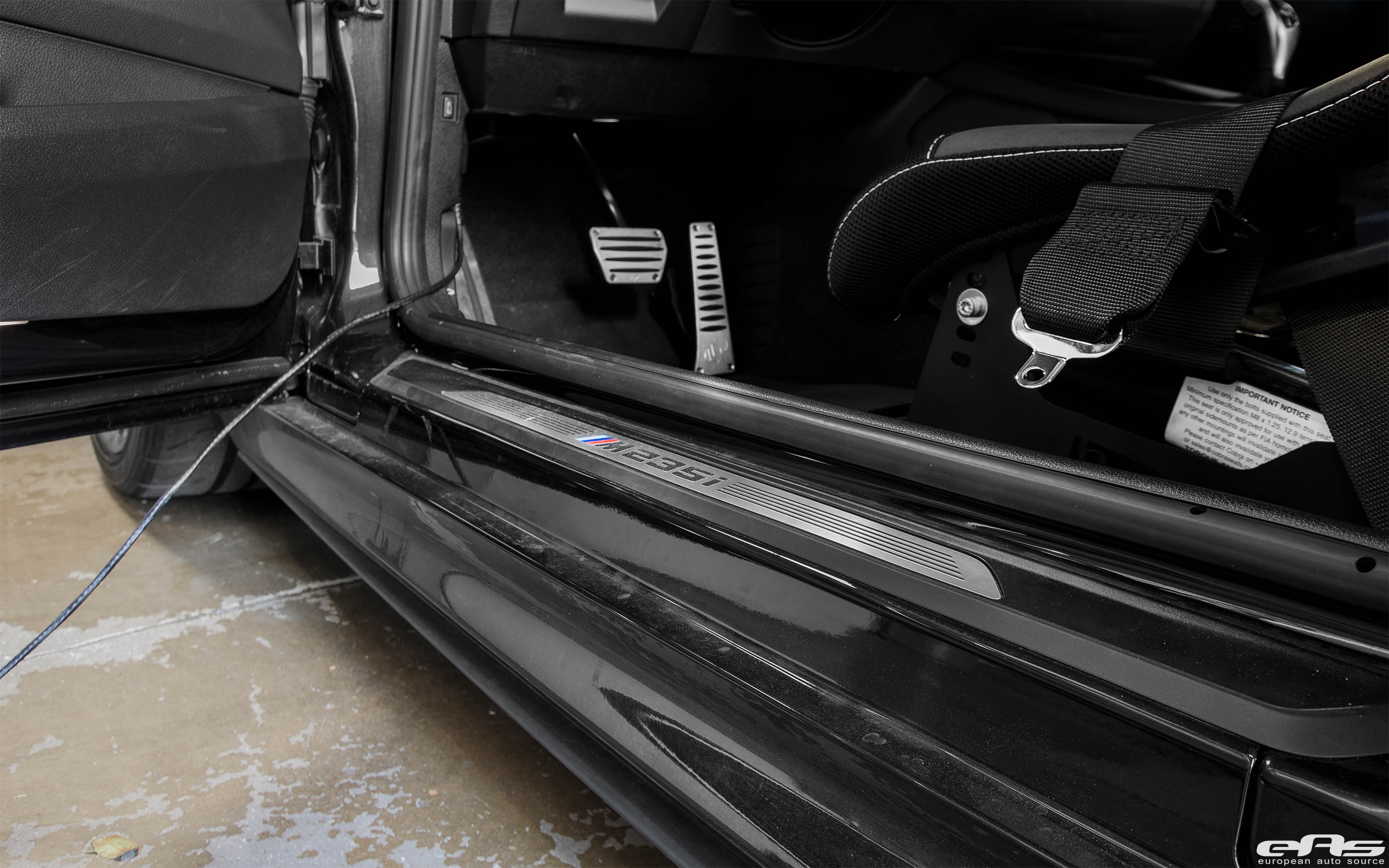