With BMW’s focus now shifting to technology, alternative fuel and connectivity, you can imagine BMW’s need for a new i Division product. The i Division helped BMW break through into the world of alternative fuel and mobility as well as help the brand develop ground-breaking technology and manufacturing techniques. Currently, BMW only has two i Division cars, the BMW i3 and BMW i8, so the Bavarian brand is looking to add a third. However, that third BMW i car, internally known as iNEXT, won’t come until the early 2020s. 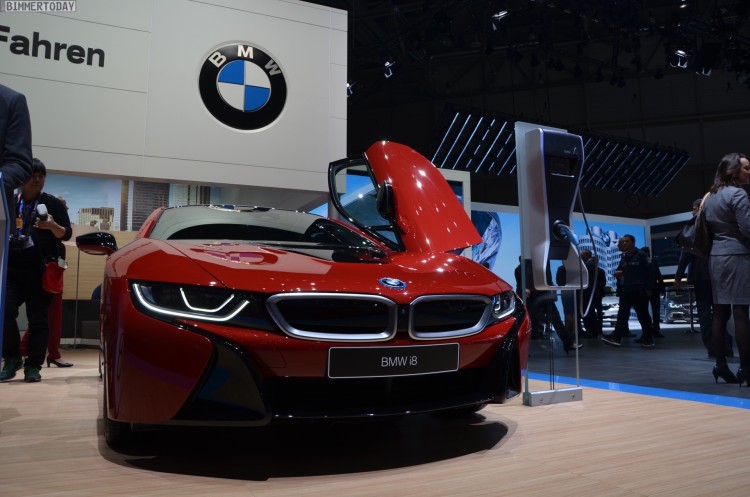 Before BMW develops the iNEXT, it’s launching a campaign called Project i 2.0. The i Division allowed BMW to build its technology for alternative mobility and helped create the i3 and i8. Project i 2.0 will help BMW down a new path towards automated and fully networked driving. BMW will be bundling its technological advancements together to create a fully networked and advanced driving experience. High definition digital maps, sensor technology, cloud technology as well as artificial intelligence will be the main focal points of Project i 2.0.

“Our focus is clear: we are securing the BMW Group’s position as technological market leader,” said Klaus Fröhlich, member of the Board of Management responsible for Development. “With project i 2.0 we will lead the field of autonomous driving. We will turn research projects into new kinds of industrial processes, bringing future technology onto the road.“

BMW already debuted some impressive autonomous driving features on its newly debuted flagship 7 Series. The BMW 7 Series leads its segment in autonomous driving and BMW plans to build upon the 7 Series’ success for future vehicles and use the lessons learned from it to develop future i Division products. Technologies such as Remote Parking and Gesture Control will be brought from the Big 7 into the i Division to help with the next i car. BMW also heavily invested in HERE, the digital mapping service, along with its fellow German automakers, so it can use that to develop high-definition mapping for its navigation and autonomous driving functions.

We already know that the iNEXT, which will probably be called the BMW i5/i6 , is coming and will offer a Range Extender option, so this will be the car that will use such autonomous and networked driving. We’re not sure whether or not this will be a sedan or SUV, but we do know that it’s on its way and will be bringing more carbon fiber and new lightweight technologies, more technology and more automation that any other i Division product. 2020 might seem like a long ways away from now, but it’s going to be worth the wait, as BMW will be heavily investing in technology to make sure that this new i Division car is as groundbreaking as the i3 and i8 were when they first debuted.