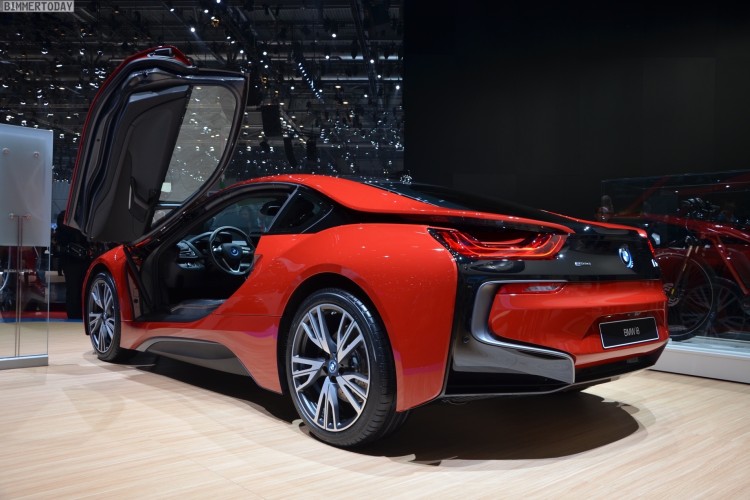 The first in a a series of BMW i8 Special Editions – the i8 Protonic Red Edition – made its world debut today at the 2016 Geneva Motor Show.

This exclusive limited-edition of the BMW i8 offers customers a new way to tailor their BMW i8 even more closely to their tastes. The Protonic Red Edition i8 is only the first in a series of special edition BMW i8s. These special edition variants will allow customers to enjoy a selection of bespoke equipment highlights and it all starts with the Protonic Red Edition. 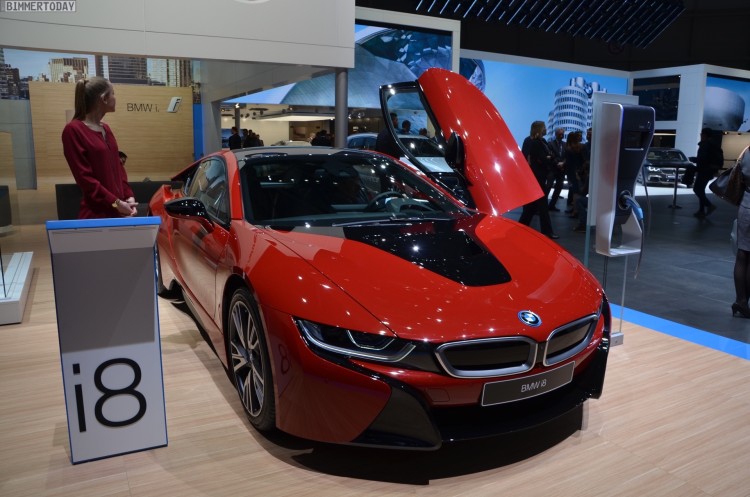 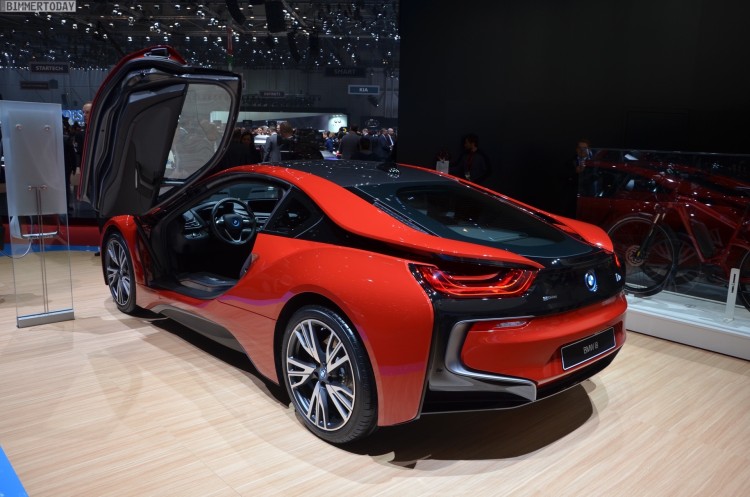 The interior will also gain some special touches, such as “i8” embossing on the front head restraints and the door sill strips bearing the lettering “Protonic Red Edition”. The seats feature double lap seams in red, and the red stitching is in evidence again in the door and side trim panels, echoing the exterior paintwork to perfection. Exclusively designed embellishers made from high-grade carbon fiber for the center console and instrument panel reinforce the cool, sporty look of the BMW i8 interior, as do the carbon-fiber pull handles on the insides of the doors. The gear selector with black ceramic detailing, the grey-colored seat belts and the specially designed floor mats with leather piping and red contrast stitching put the finishing touches to the cabin’s highly individual styling. 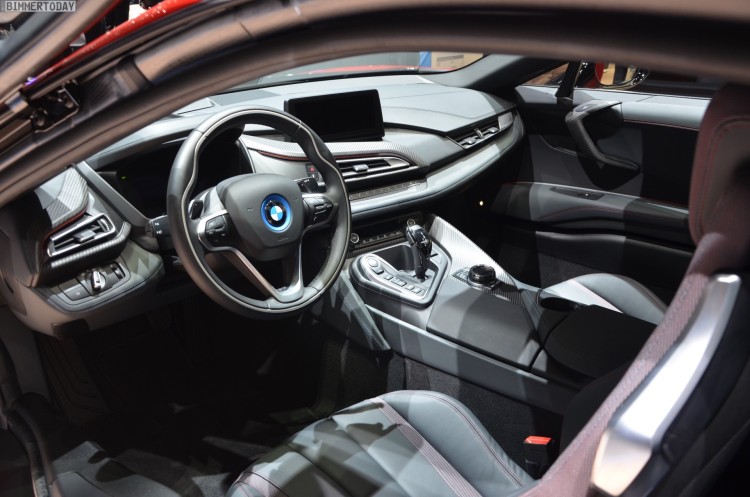 This very limited edition BMW i8 Protonic Red Edition will begin production in July, 2016, and will be built at the Leipzig plant. Orders will only be available until the end of 2016.