What will digital BMWs of the future look like?

Home » What will digital BMWs of the future look like? 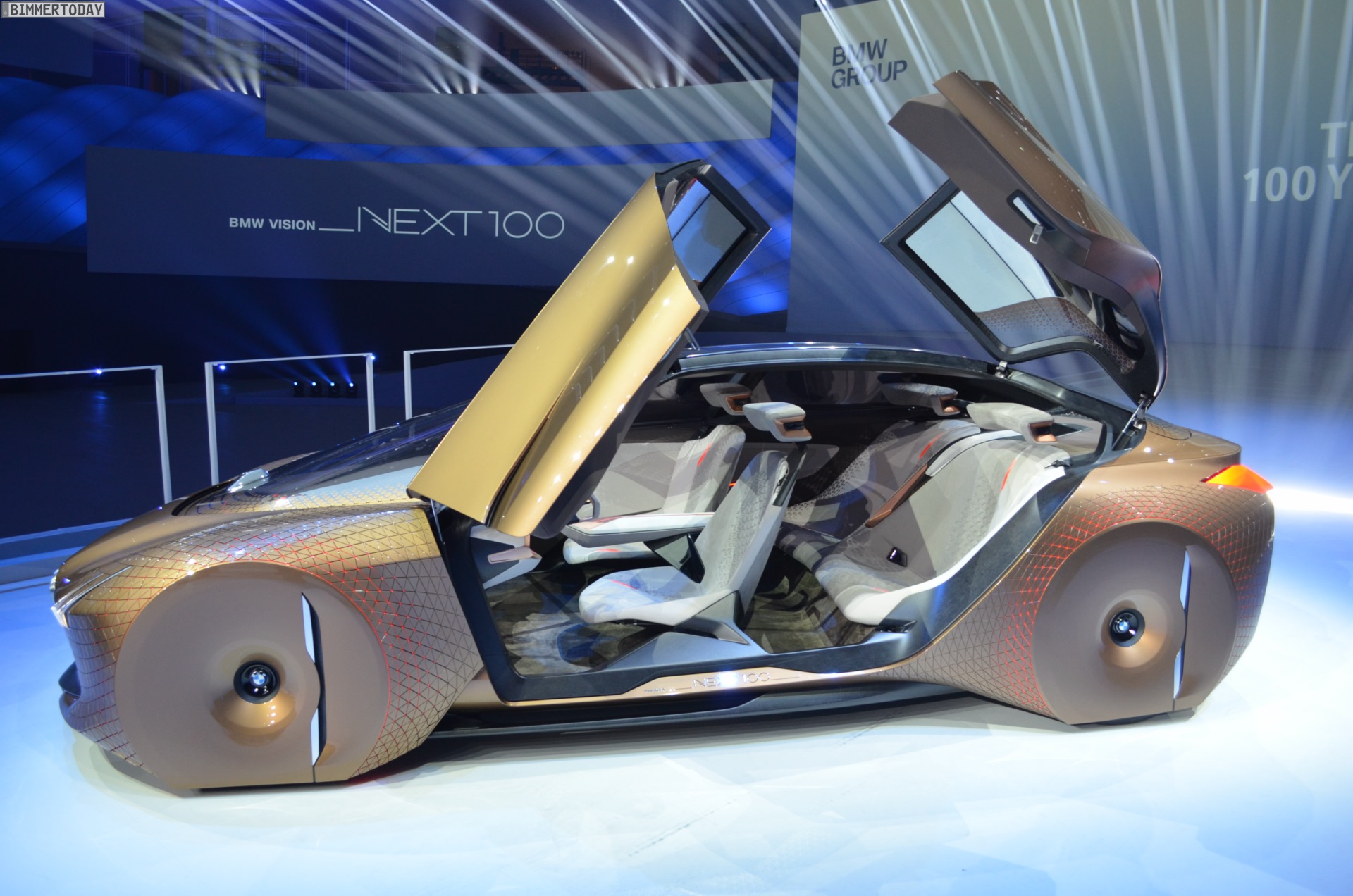 We just saw BMW’s VISION NEXT 100 design concept that debuted for BMW’s 100th birthday. It is one of the more interesting concepts BMW has put out in a very long time, featuring a flexible skin-like texture surrounding the wheels to keep them aerodynamic even while turning, a design similar to that of the BMW GINA Concept of years back. While the fabric-covered wheels might not actually be a realistic design, it does make us wonder what a car of the future might actually be like, what technologies would it actually have?

I remember when I was a kid, all of my friends and I thought that by the time we could drive, we’d be driving flying cars. Clearly, we didn’t know what the hell we were talking about, but we weren’t the only ones to dream big for the future of the automobile. People have been predicting wild things like flying cars for decades now. The future may not hold flying cars, but technology is advancing at an alarming rate and featuring tech we never thought possible.

BMW is currently working on some pretty amazing technology itself and dreaming big. We saw a glimpse into the near future at this past 2016 CES, with concept cars like the Mirrorless BMW i8 and the i Vision Future Interaction Concept. But BMW isn’t looking at changing the way the automobile drives, such as making them fly, but the Bavarian brand is changing the way we drive the automobile.

The BMW i Vision Future Concept showed off touch-sensitive interior trim, secondary screens and increased network connectivity. BMW’s Mirrorless i8 concept showed us an i8 with advanced cameras replacing the mirrors, something that isn’t necessarily a new idea but BMW showed us one that looks like it could be production-ready right now. BMW also recently showed its VISION NEXT 100 concept which showed us a car that could be both fun to drive and also driven autonomously. The latter of which seems to be the future of the automobile.

BMW also recently showed us some new head-up display technology, having navigation information, safety warnings and other information across the entire windshield, not just in one small graphic ahead of the driver. It showed things like highlighting pedestrians crossing the road, ever after they had passed behind an obstruction. Tech like this could make driving safer, save lives and even make it more fun and interesting.

In the future, it’s likely that all of this tech will be implemented into automobiles, as it’s all realistic. Plus, BMW plans to add increased connectivity and the ability to integrate owners’ daily lives, as shown with the Internet of Things concept at CES. The Bavarians are planning an incredible amount of new technology for the future of the automobile and, whatever cars of the future will be like, they should be exciting. Cars may not fly in the future, but they will impress.

What do you think future BMW’s will look like?