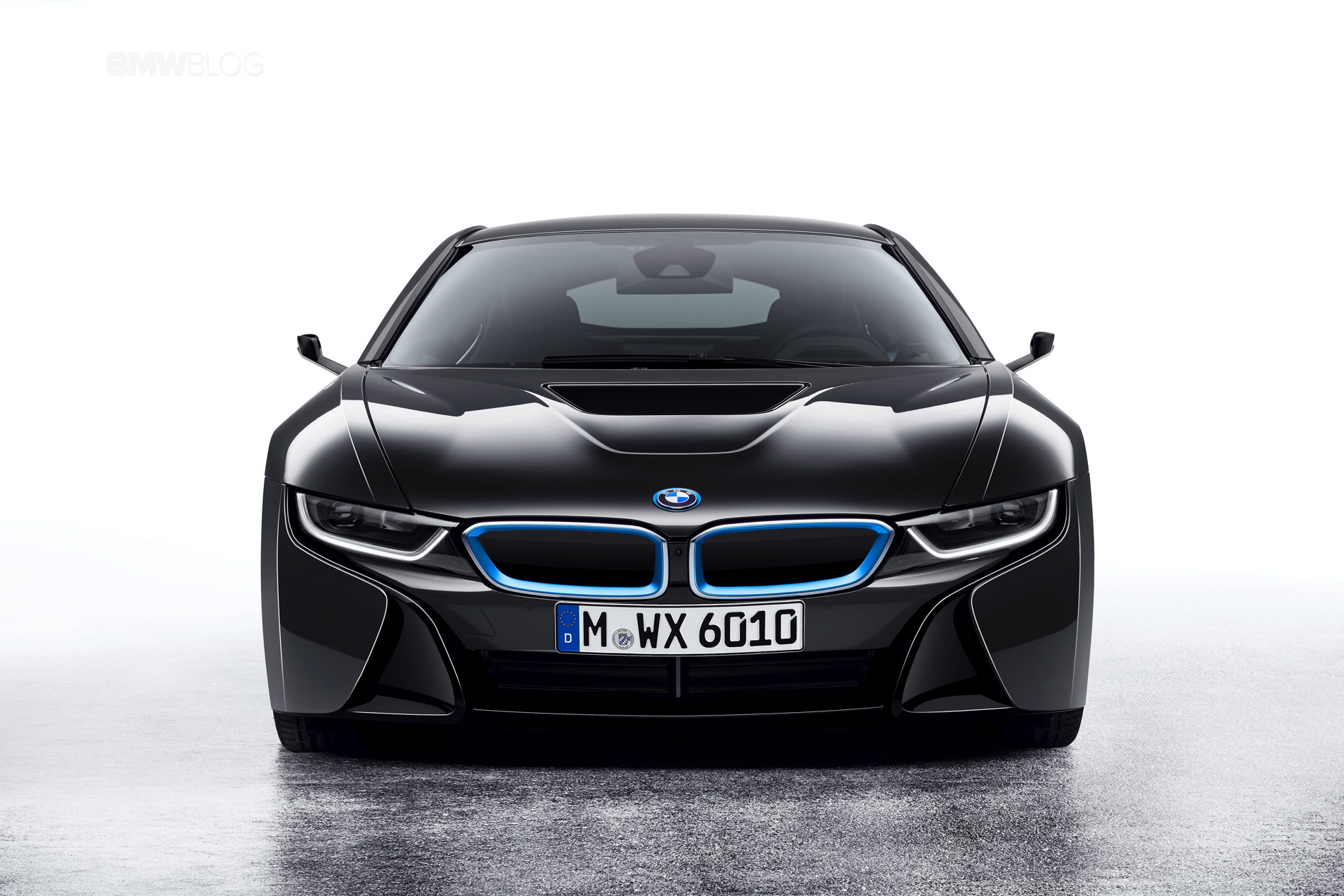 BMW i is presenting BMW i8 Mirrorless at the CES 2016 in Las Vegas.

This is the first time a camera monitor system has been launched that offers BMW drivers a pioneering form of rear view with the potential to replace conventional exterior mirrors. Although different versions of driver assistance cameras are used, there has so far been no digital use of the rearview mirror which can be deployed in series vehicles. 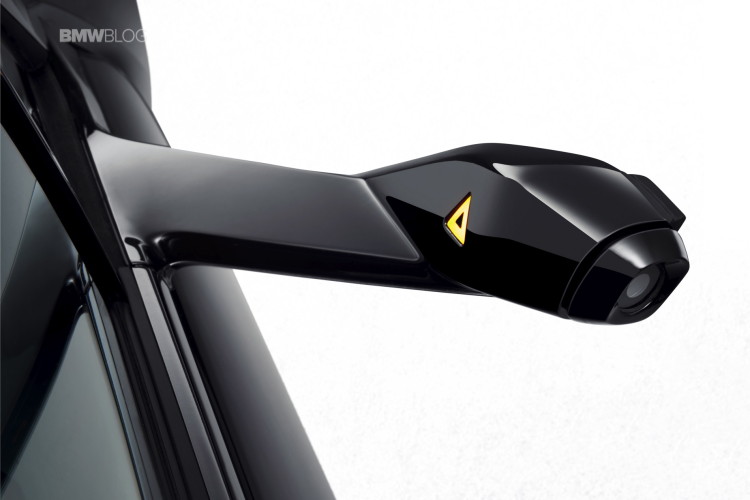 BMW i8 Mirrorless incorporates two insignificant looking cameras, accommodated in aerodynamically optimized holders, which replace the existing exterior mirrors. They are supplemented by a third camera mounted on the upper edge of the rear windscreen. 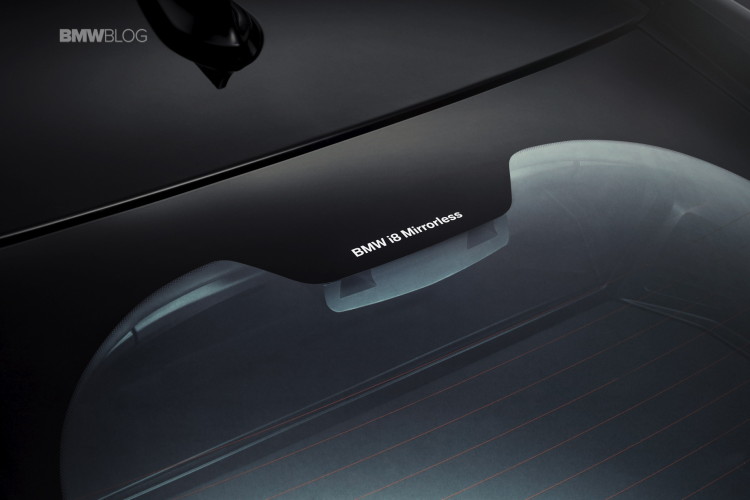 All images are merged and displayed as a single image on a high-resolution display suspended in the position of the rearview mirror. 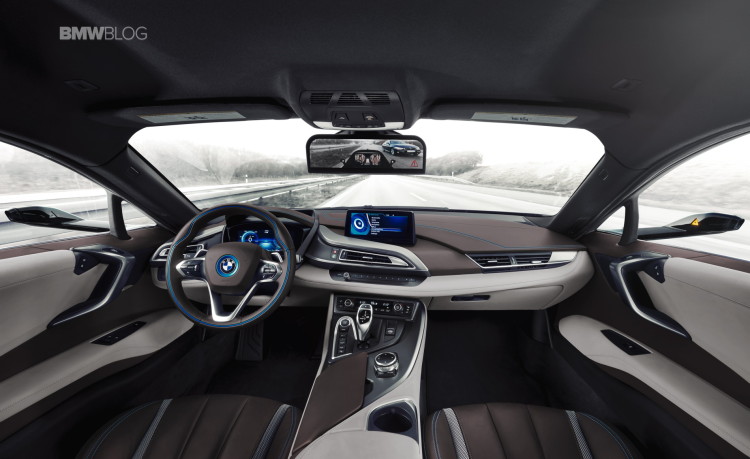 The image of the traffic behind the car covers a greater viewing angle than could be observed using the interior and exterior mirrors. No adjustment of the cameras is necessary. 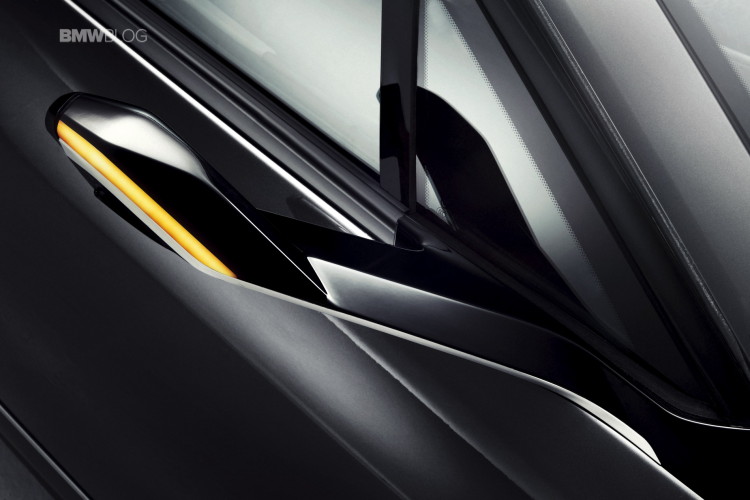 The display is around 300 millimeters wide and 75 millimeters high. The casing is rounded at the side and this conveys a natural panoramic perception of the traffic behind the car. A further special feature of this system is that it evaluates the camera images and responds immediately to imminent hazards.

If, for example, drivers signal with their indicator that they are about to overtake, although a car is coming up behind which is traveling much faster, a striking yellow warning icon immediately flashes on the display and this increases in size as the hazard intensifies. Or if a driver is about to turn right at traffic lights, the system recognizes that the vehicle is turning a corner by the indicators flashing or the steering wheel being turned sharply, and the image in the display automatically swivels further to the right and extends the area being displayed. If a cycle rider approaches from the rear, a warning signal is illuminated in the display as well. 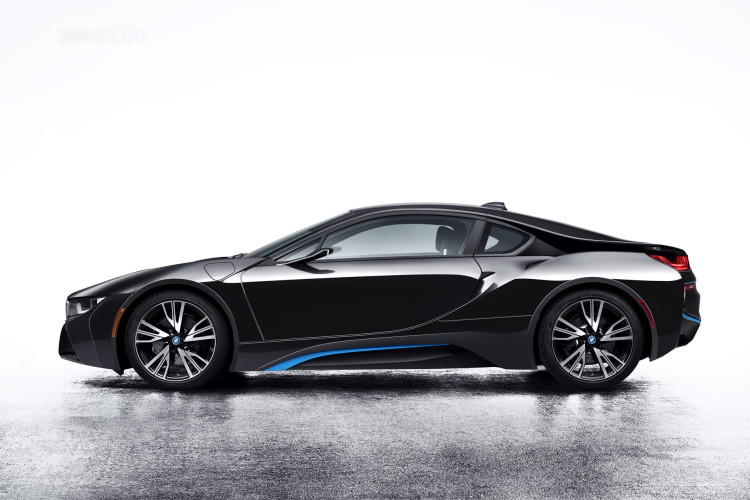 However, the mirrorless camera display system also offers additional advantages. The cameras replacing the exterior mirrors are smaller than the existing wing mirrors and permit a more open view to the front and side of the car. The display prevents the driver from being subject to direct glare and the contrast can be optimally adjusted to suit the light conditions. Overlaid trajectory lines also provide support for drivers when they are parking. Moreover, passengers can similarly use the new mirrorless system.

Like the driver, they can always see the traffic in the display, and when they are getting out they can see whether pedestrians or cyclists are in danger before they open the door. 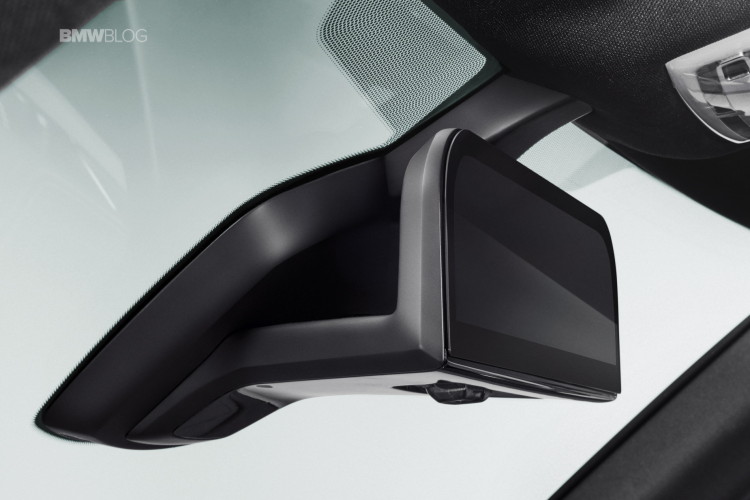 The cameras mounted at the sides of the BMW i8 Mirrorless record the traffic traveling behind the car and they are positioned in wing-like holders at the same height as conventional exterior mirrors. The holders are optimized aerodynamically and aeroacoustically so BMW i8 Mirrorless not only has a cw value like a BMW i8 without exterior mirrors – with the equivalent positive effects on consumption – but also generates a similarly low amount of wind noise. Moreover, the holders channel rainwater round the side windows.

The lens of the two side cameras is made of Gorilla Glass Type 2, a thin and robust glass which is frequently used for displays of electronic devices with touchscreens and features particularly high scratch resistance and braking strength. The protective glass on the camera lens is provided with a dirt- repellent coating, is heatable and does not require servicing so as to be able to always provide a reliably high image quality under all traffic conditions, during any weather and in all lighting conditions.

The holders are also designed so that spray water is conducted around the lens. The absence of an exterior mirror reduces the overall width of the BMW i8 Mirrorless to 1,942 millimeters because the camera holders finish at the width of the rear wings of the BMW i8.

BMW has refrained from mentioning how far the technology is from production, but with other automakers exploring the same concept, the future is closer than we think. 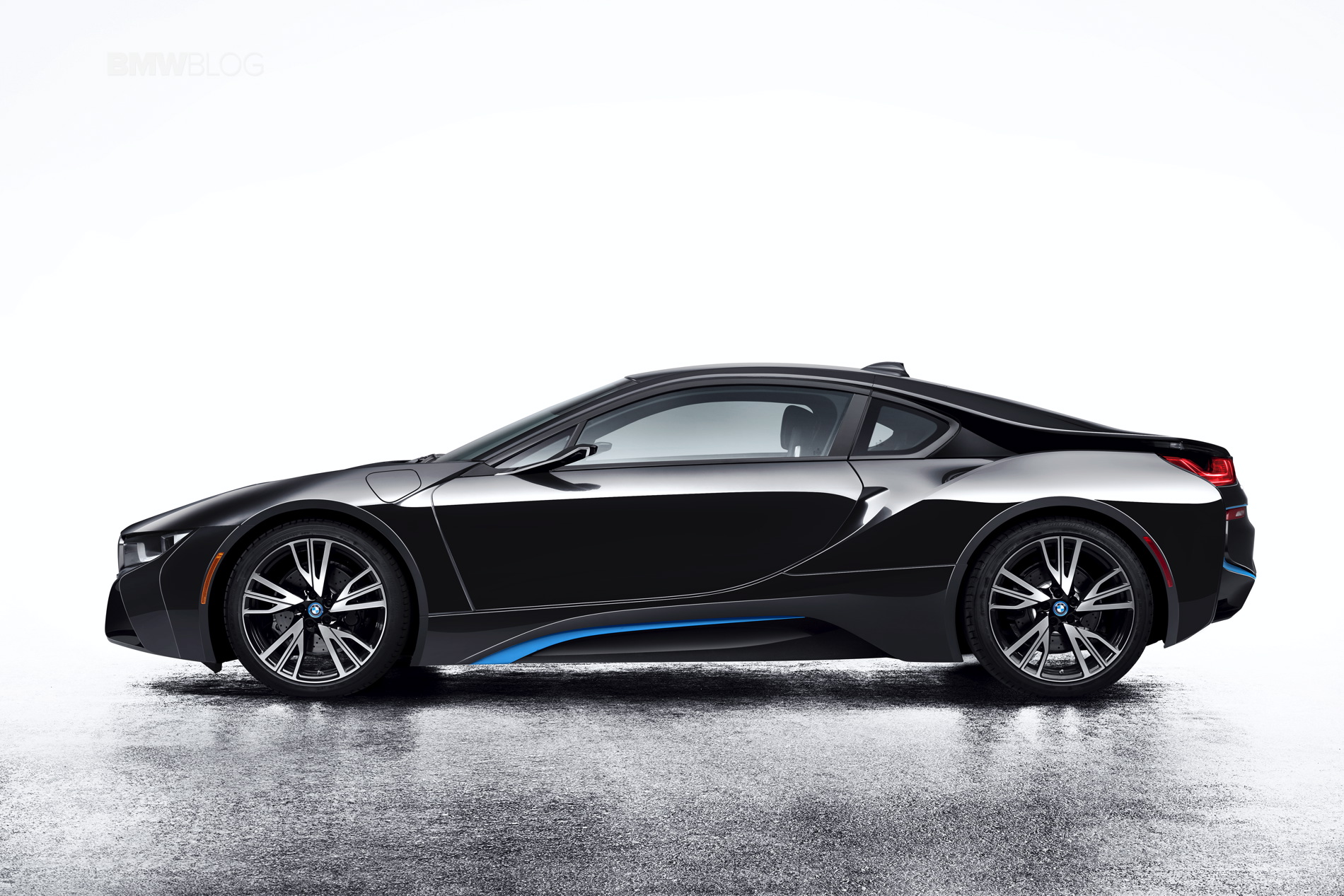 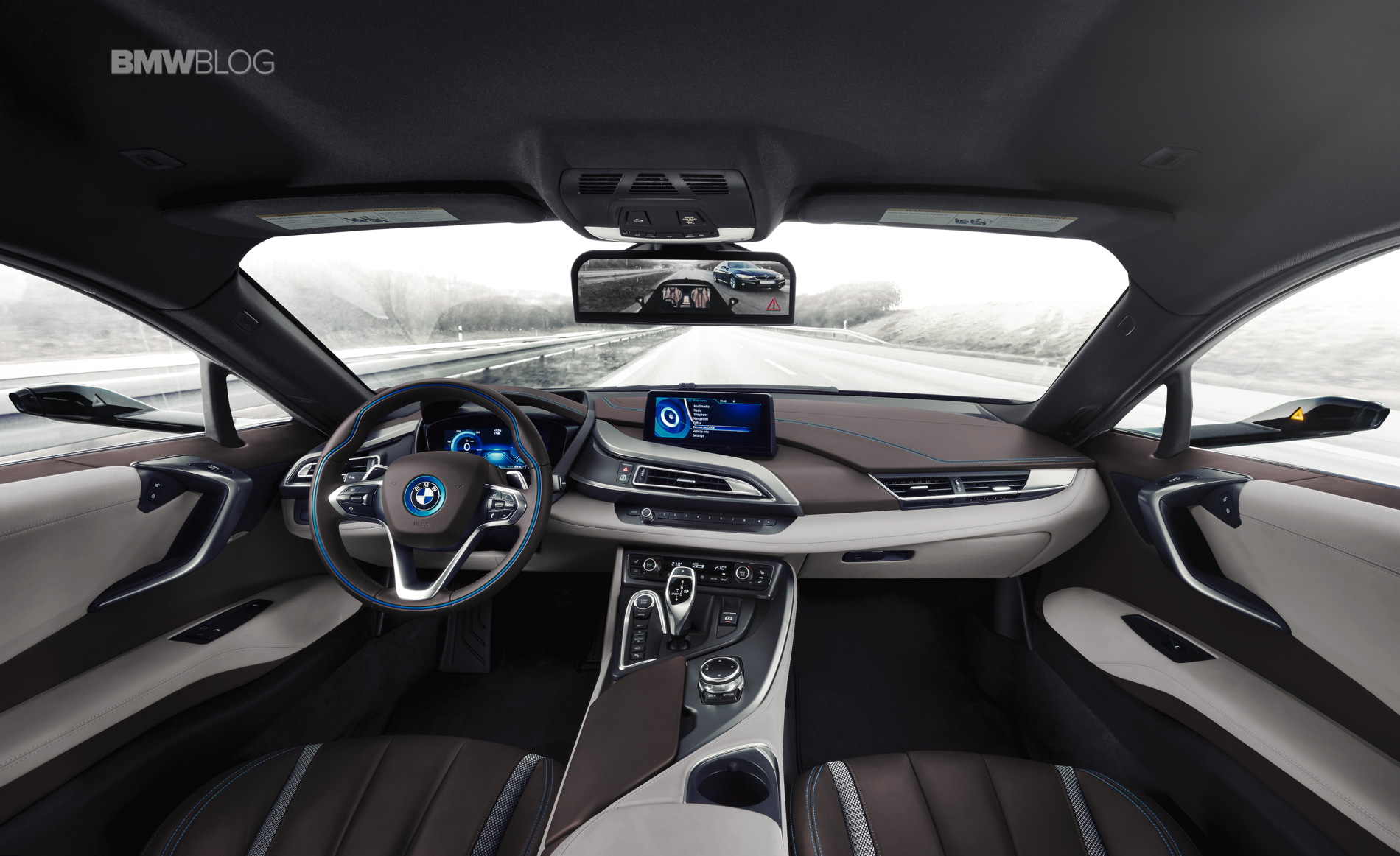 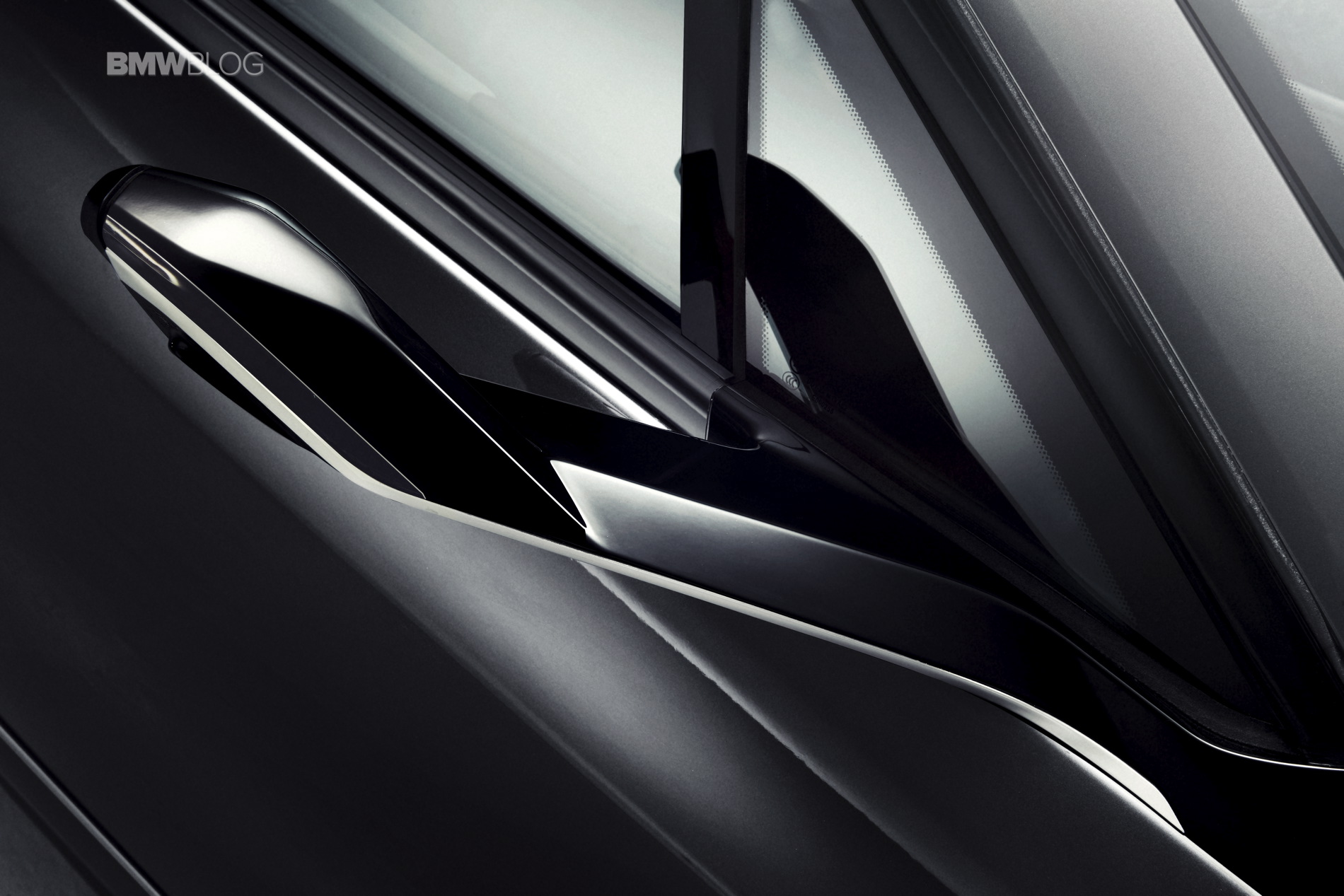 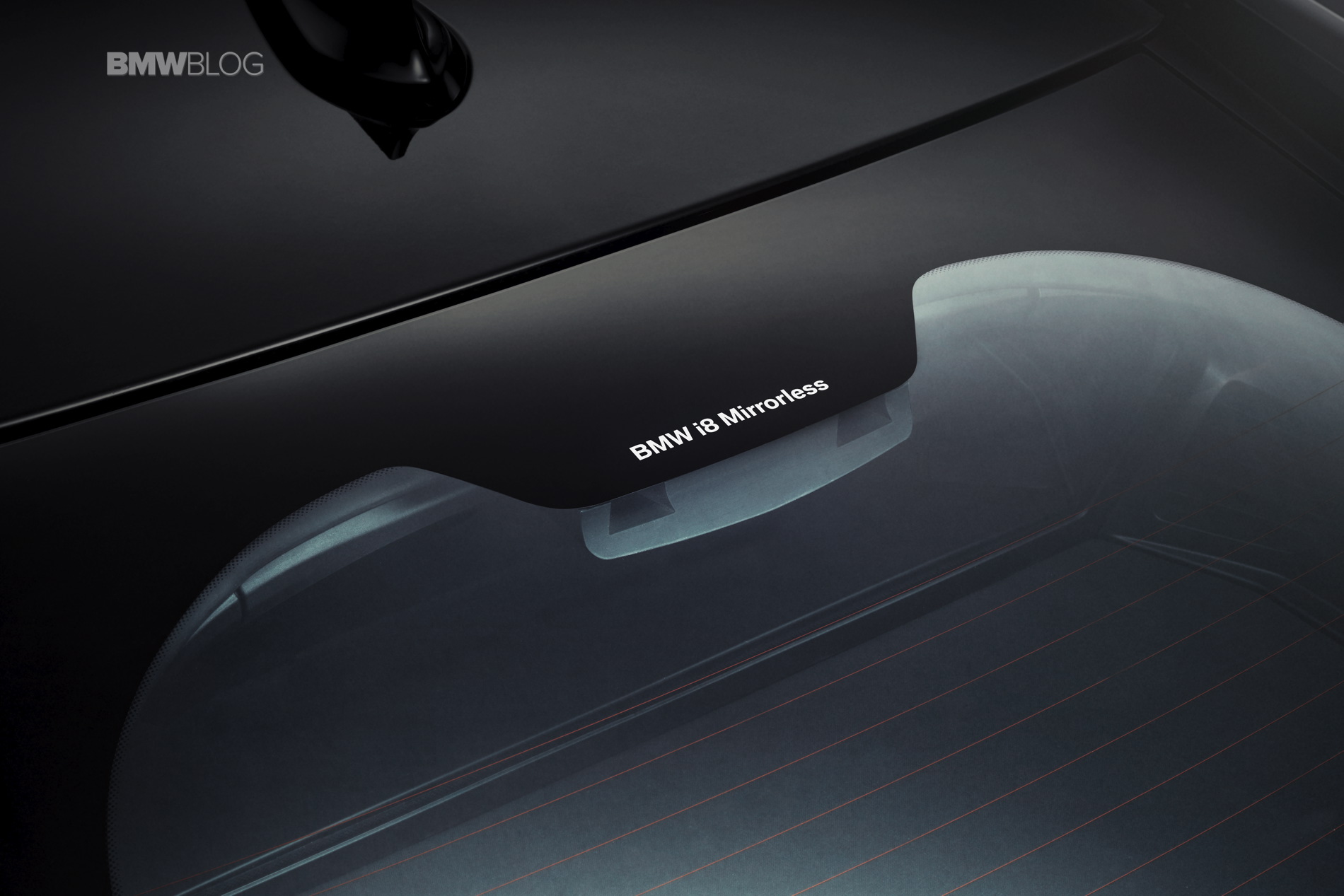 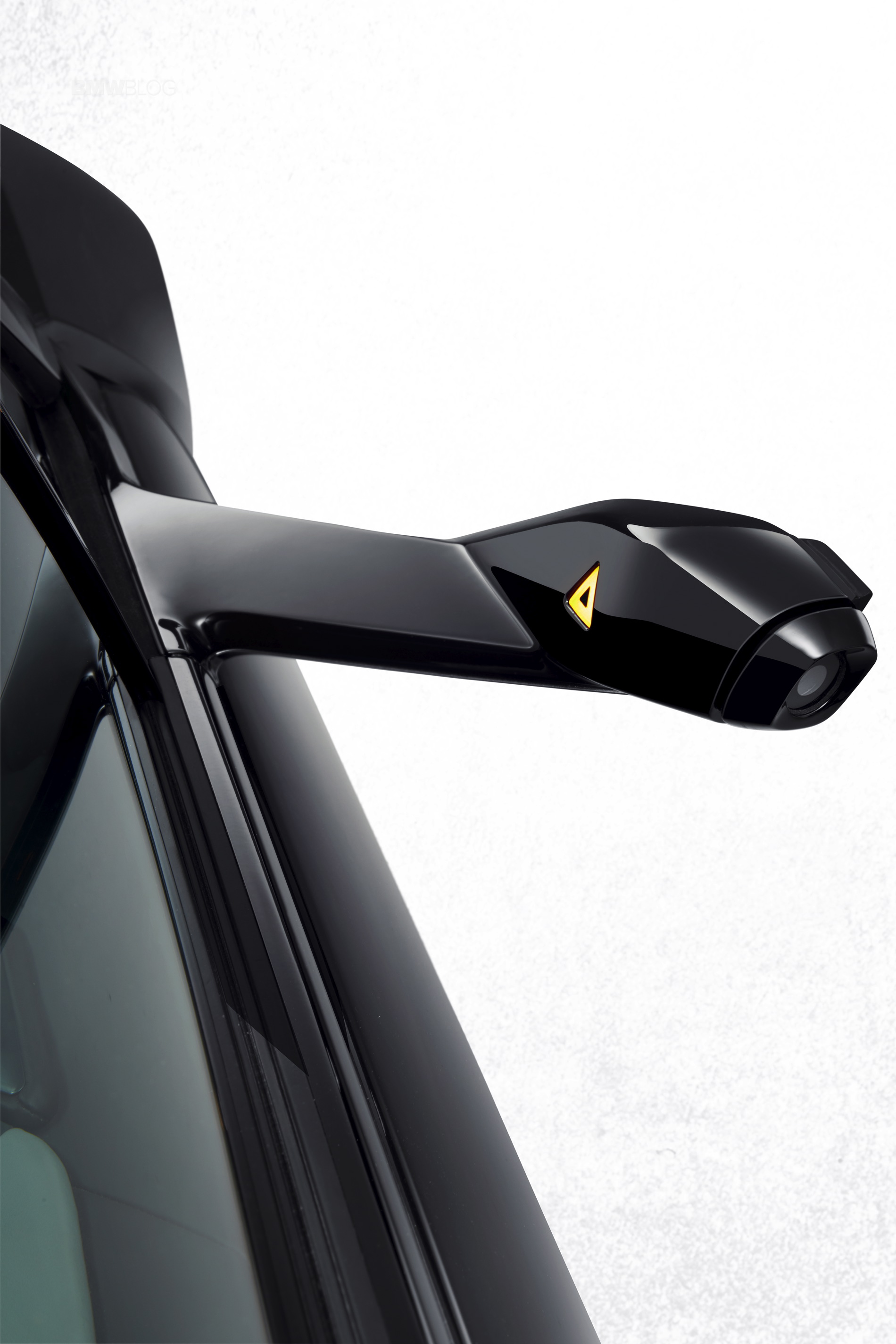 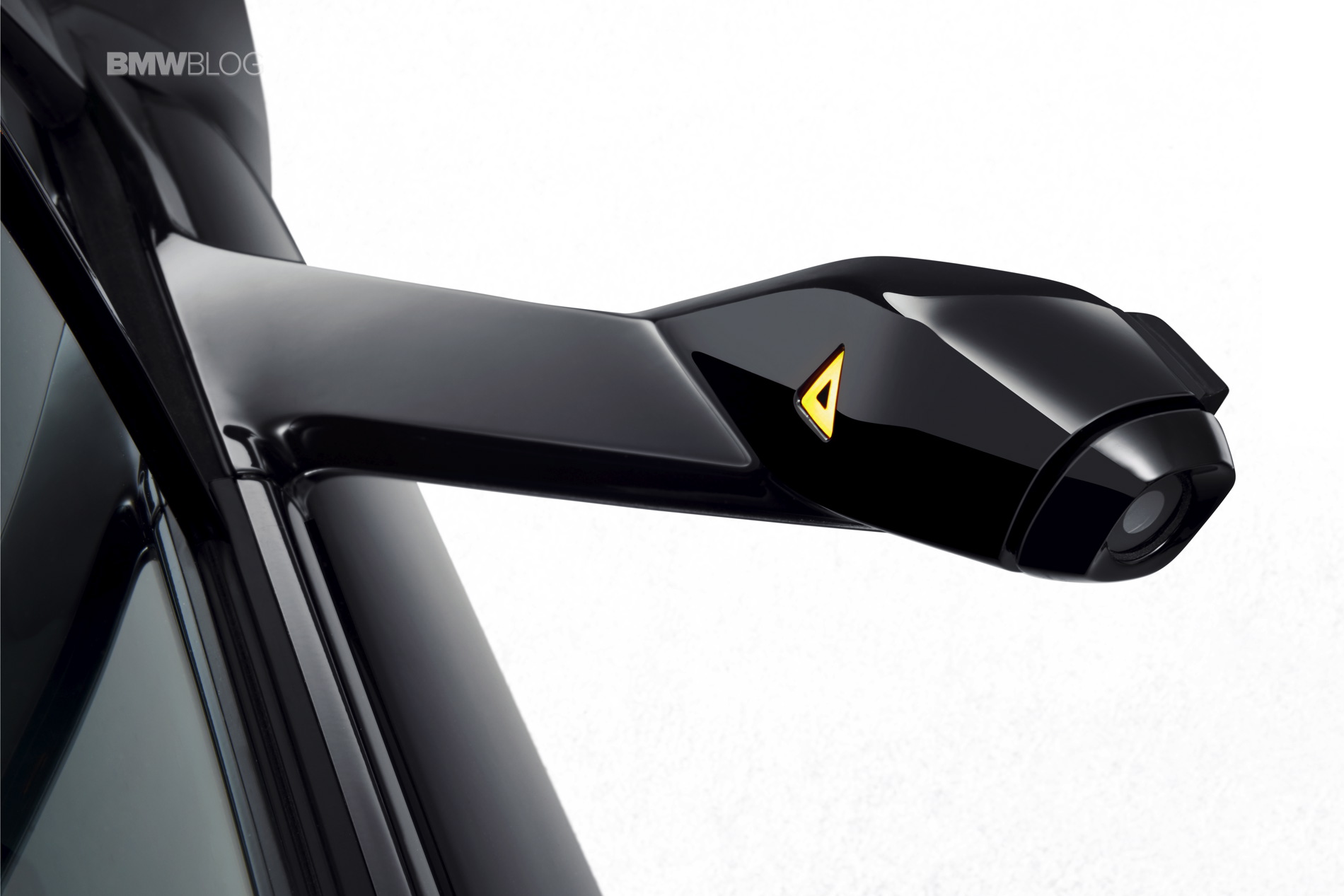 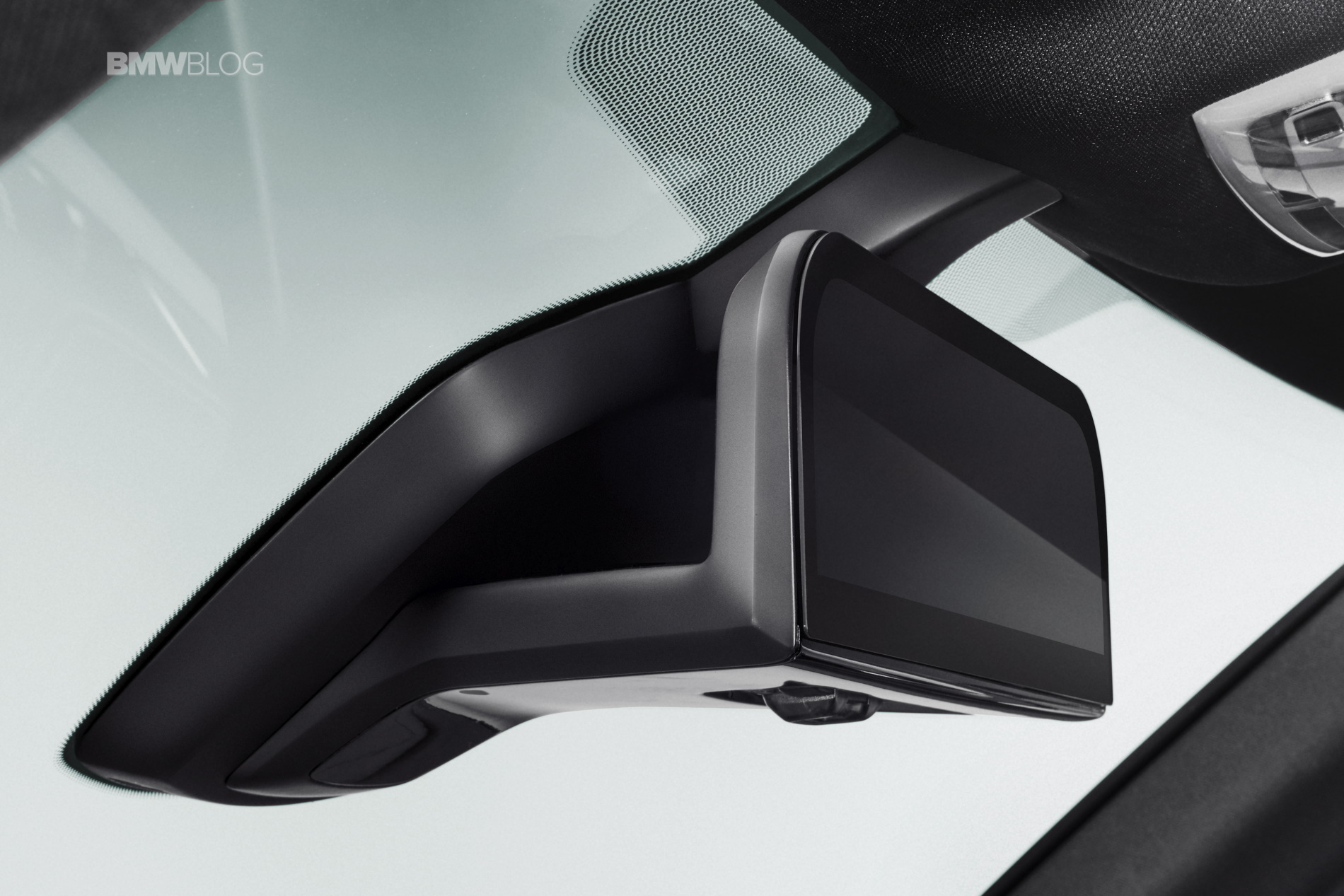