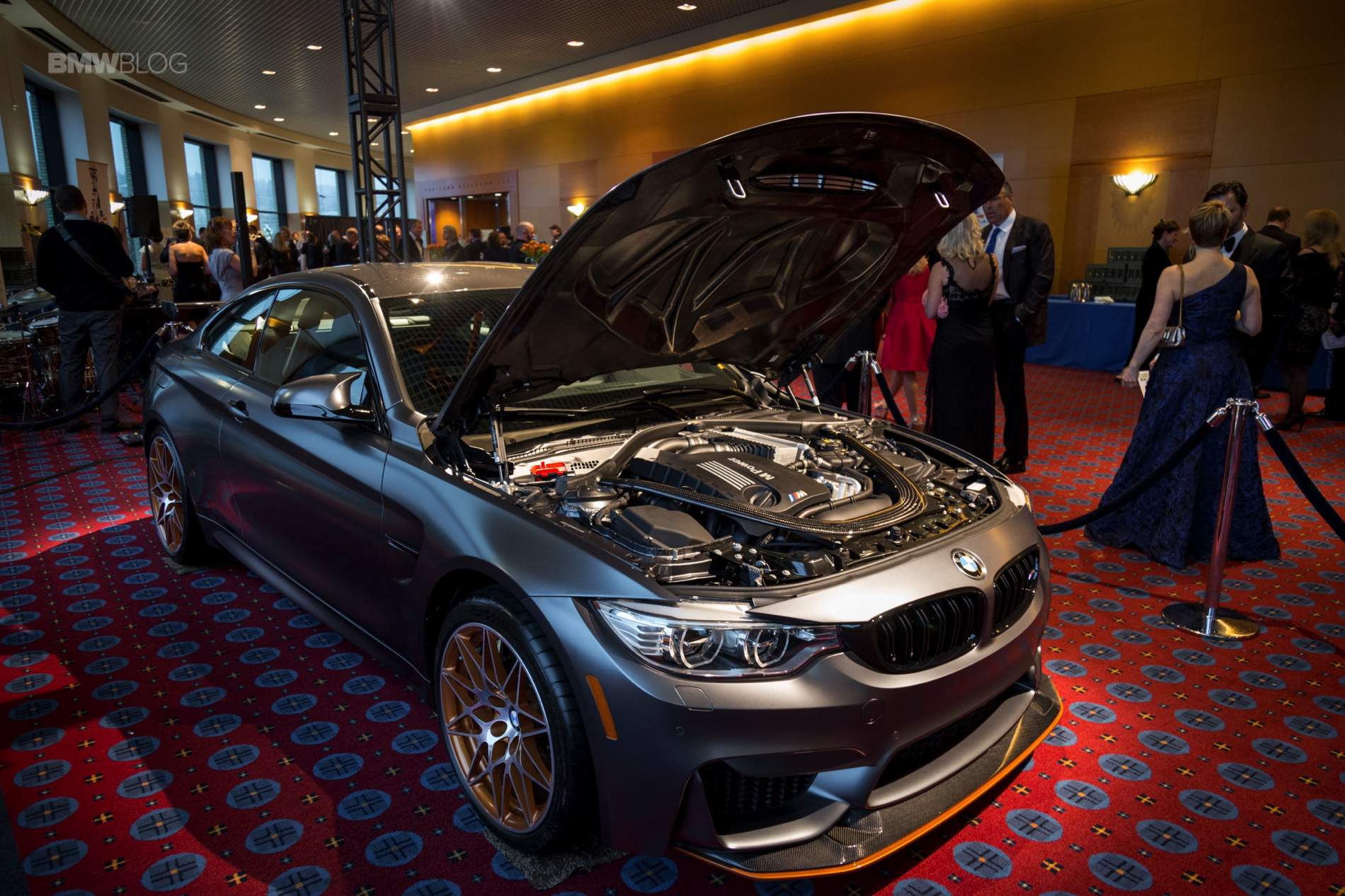 Limited-edition BMW M models are nothing new for the U.S. market, in recent history we’ve seen the E92 M3 Lime Rock Park, X1 Powder Ride, F10 M5 30 Jahre, and the i3 Shadow Sport. Though these may be special cars, for the most part what made them different could just be considered an option package. That’s why the Classic Wines Auction in Portland, Oregon on Saturday night was such a great opportunity to obtain a truly special car for a great cause.

When we talk about special edition BMWs for the rest of the world, we find some amazing cars, some of which are the most high-performance cars BMW has ever made. There was the iconic E30 M3 Sport Evolution, the carbon-fiber infused E46 M3 CSL, and the E90 M3 CRT and track-prepared E92 M3 GTS—all of which were highly coveted by North American BMW enthusiasts. 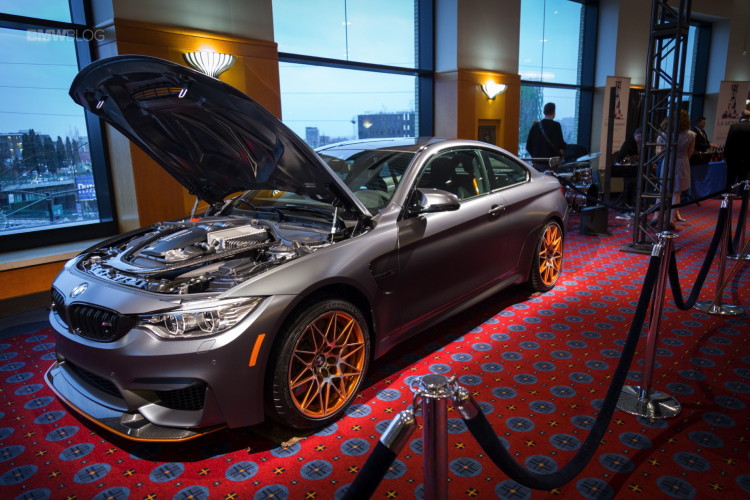 For the first time ever, a high-performance special-edition model of the M3 or M4 will be available in the United States. The M4 GTS features an innovative water injection system that boosts power to 493 bHP and 442 lb-ft, add in the extensive use of lightweight carbon-fiber, and it can sprint from zero to 60 mph in just 3.7 seconds. The track ready chassis and unbeatable engine performance ensured a lap time of 7 minutes 28 seconds around the legendary Nürburgring-Nordschleife. This puts it on par with such super cars as the Porsche Carrera GT, McLaren MP4-12C, and Ferrari 458 Italia.

Unfortunately, with the fact that there are only going to be 300 available and that BMW USA will be offering them first through a prequalified customer selection process, the opportunity to get your hands on one is rare. Kuni BMW of Portland, Oregon offered up the first allotment available in the Pacific Northwest for the charity auction that benefited the Metropolitan Family Service, New Avenues for Youth, Friends of the Children-Portland, YWCA Clark County, Randall Children’s Hospital at Legacy Emanuel, and Special Olympics of Oregon. 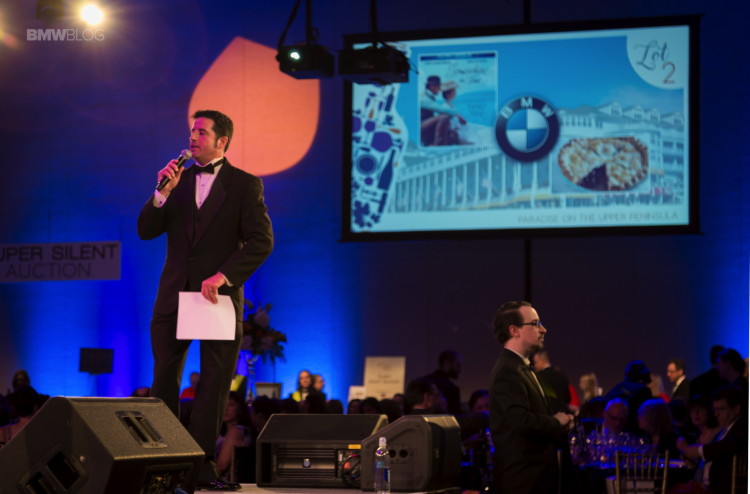 “What began as a simple wine exchange between friends in 1982 has grown into an annual series of premiere food and wine experiences unparalleled by any other charity fundraising program in the region. Consistently recognized as one of the top ten charity wine auctions in the country by Wine Spectator, the Classic Wines Auction has raised more than $36 million to benefit over 850,000 children and families served by 12 local charities over the past 31 years. By partnering with multiple, local charity partners each year, the Classic Wines Auction provides guests with the opportunity to maximize their charitable contributions while enjoying a top-rated gala experience unlike any other in the Pacific Northwest.” 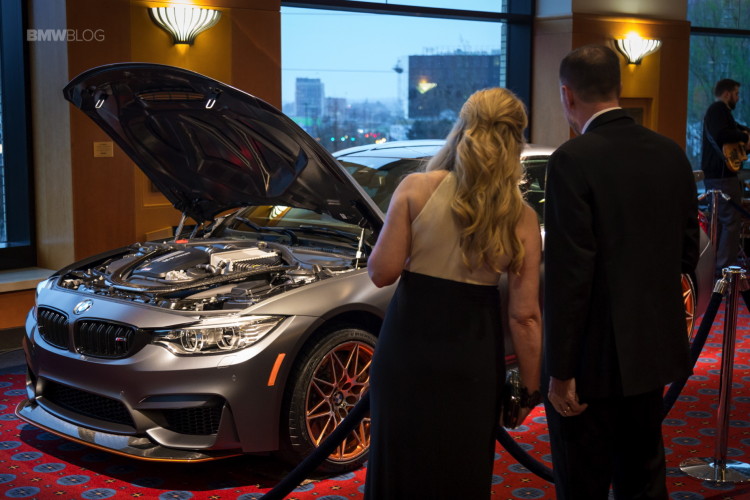 The BMW M4 GTS was only available for their live auction which was conducted during an amazing five course dinner featuring dishes from some of the best chefs in Portland which was expertly paired with highly-rated wines. Though the desserts were fantastic, the real treat was watching the bidding go as quickly as it did.

Within just moments, the high bid surpassed the $149,000 MSRP before pausing around $180,000. After a little enticing from auctioneer Johnna Wells, the bidding started to creep up again with paddle number 685 finally rising to place the winning bid of $200,000. 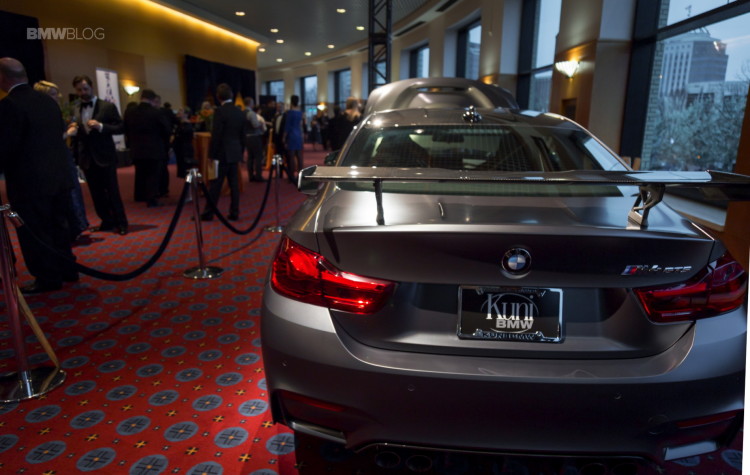 The event was a huge success as the Classic Wines Auction raised over $3 million for charity! Thanks to Kuni Automotive CEO Greg Goodwin and BMW USA Area Manager Rich Kumar for providing the BMW M4 GTS, not only did the winning bidder help support a good cause, they will now own a piece of BMW history.