COMPARSION: BMW i3 vs Audi A3 e-tron 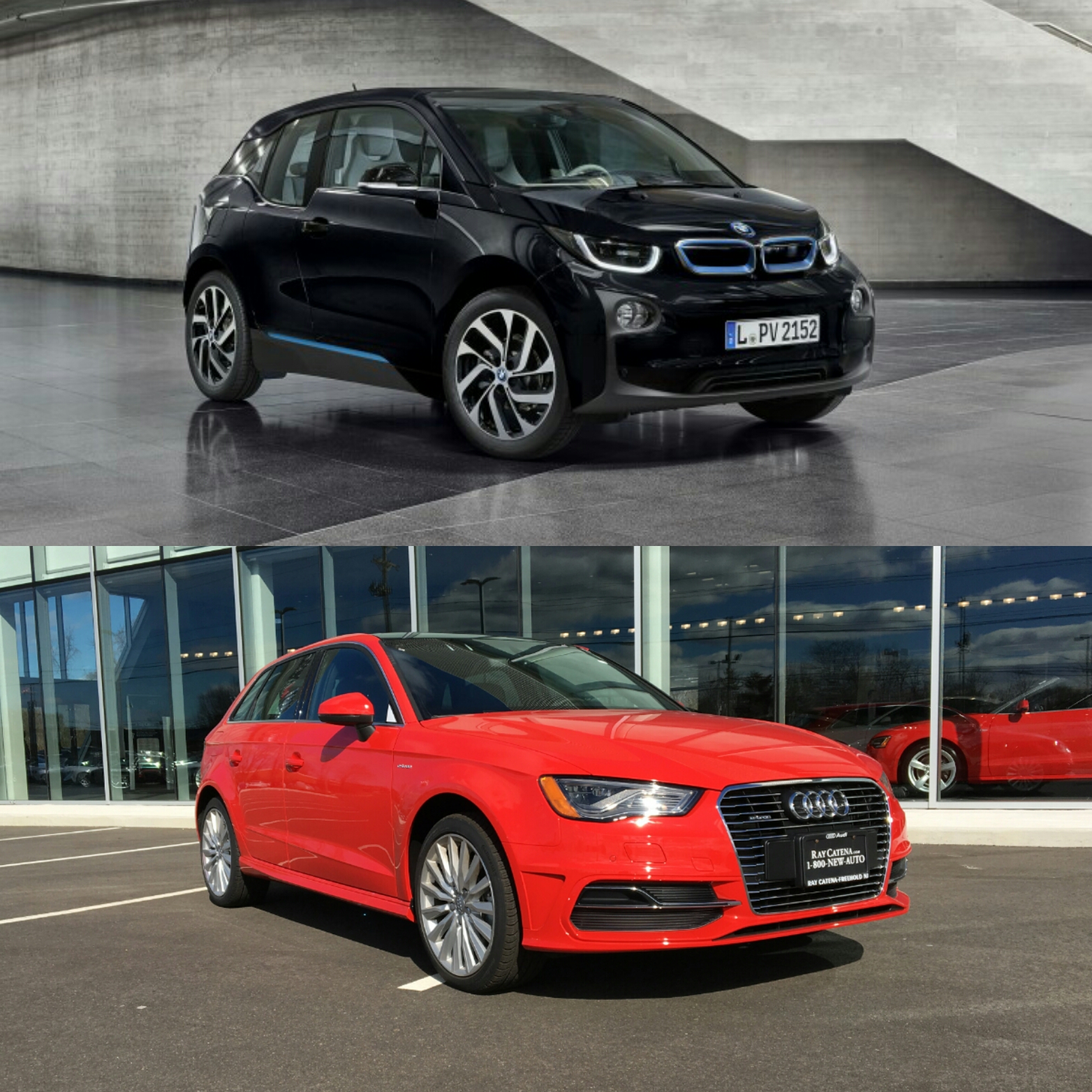 We rave about the BMW i3 quite a bit here, as it’s a wonderful blend of comfort, performance and efficiency. It also handles extremely well for a car with what seems like bicycle tires on it and it’s fantastically efficient. It’s also the least expensive way to get into a car with a carbon fiber monocoque. So, needless to say, we’re big fans of the BMW i3.

However, BMW’s Bavarian neighbor, Audi, has come up with its own small electric hatchback. Except, it’s not a pure BEV like the i3, but a plug-in hybrid, like the i8. It’s the Audi A3 e-tron. Up until recently, we hadn’t driven the A3 e-tron, so we weren’t positive how the two would stack up. Now that we have, we can give the two cars a proper comparison.

In terms of looks, these are two very different cars. The BMW i3 is wonderfully futuristic and completely different from everything else on the road. This can be good or bad, depending on who you ask, but either way it’s interesting, more so than the e-tron. While the A3 e-tron isn’t bad looking by any means, it is boring. It looks like every other Audi hatchback and doesn’t give off any hybrid or electric vibe. If you told an unsuspecting bystander that it was an A3 diesel, they’d never second guess you. So while the e-tron is actually quite a handsome hatchback, the i3 takes the exterior design win here.

On the inside, things are exactly the same. The Audi A3 e-tron’s interior is actually very nice, very well build and very ergonomic. The seats are great and there’s more than enough space. It’s a great interior, but it looks like every other A3 interior and doesn’t make you feel special. The e-tron-only gauge cluster is cool, though. However, the BMW i3’s interior is crazy and unique and different and weird in a good way. It’s hard to describe just how strange the i3’s interior is, in comparison to the e-tron’s sedate one. While the e-tron’s interior would never draw a complaint (except for Audi’s insistence on making the MMI wheel scroll the wrong way), the i3 takes the win here again. 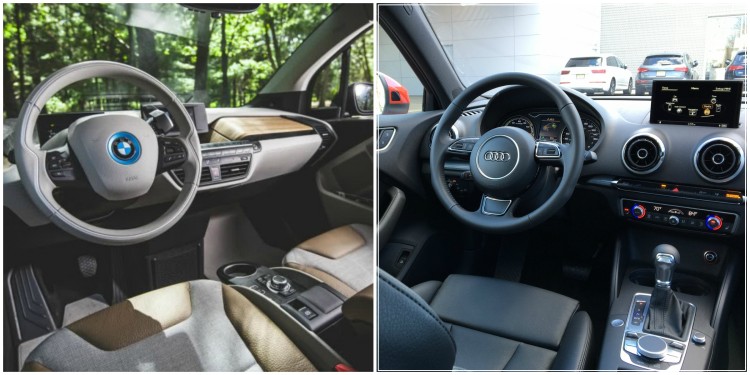 The powertrain department is where things get tricky. The BMW i3 is a pure BEV (Battery Electric Vehicle), meaning that once the battery goes flat, you have to recharge it. There’s an option for a gasoline range extender engine, but it isn’t a hybrid so its range is considerably shorter than the e-tron’s. The A3 e-tron is a plug-in hybrid, so it can be topped off with premium fuel and be on its way whenever it runs out of gas, just like every other car. However, the e-tron only has a few miles of electric range, while the i3 has about 80, without the REx. But the e-tron’s overall range is much further, even more so than the i3 REx, so in terms of range, the A3 e-tron takes the win.

The A3 e-tron’s powertrain is very smooth and the transition from gas to electric is barely noticeable. However, its little 1.4 liter turbocharged four-cylinder engine and electric motor struggle with the mass of the car. Whereas the BMW i3 is very light, under 3,000 lbs, the A3 e-tron is heavy for a hatchback, about 3,400 lbs. All of this heft can be felt when driving it, as the 204 hp powertrain struggles to keep up. It also feels heavy when trying to toss it around. The steering is actually quite good, with decent weighting despite the lack of feel, and it grips better than expected for a front-wheel drive hybrid hatchback, but it doesn’t inspire confidence to chuck it around. It’s too heavy, too serious. The i3, in contrast, is very light, very fun and surprisingly quick. There’s a sense of fun ad happiness when driving the i3, something that’s missing from the e-tron. So in terms of performance, the BMW i3 is the clear winner. 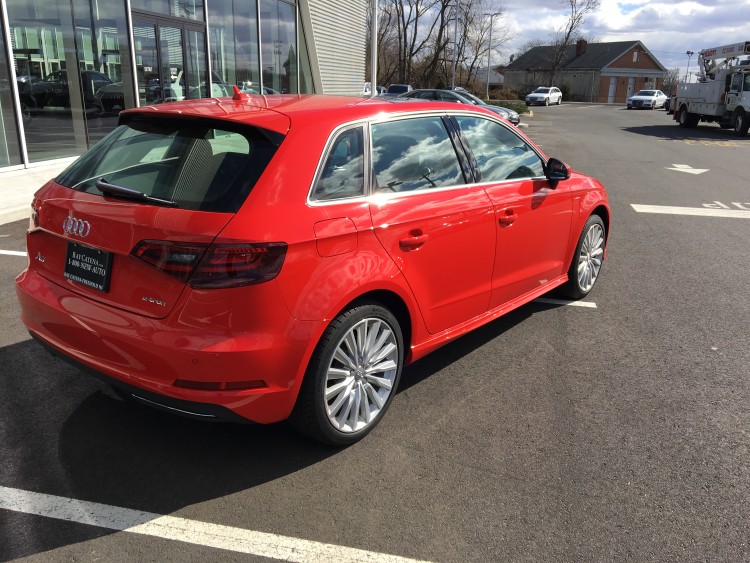 The Audi A3 e-tron stars at $37,900 while the BMW i3 starts at $42,400. However, the better value is clearly the BMW. The i3 has a carbon fiber passenger cell, is rear-wheel drive, is more fun to drive, faster and pure electric and it only costs a bit more. Plus it has the crazy styling, wonderfully comfortable and spacious interior and comes with just as much interior tech. While the A3 e-tron is a great car, it can’t match what you actually get out of the i3. So in terms of price and overall, the BMW i3 is the winner of this comparison. However, the A3 e-tron is a promising start for Audi.