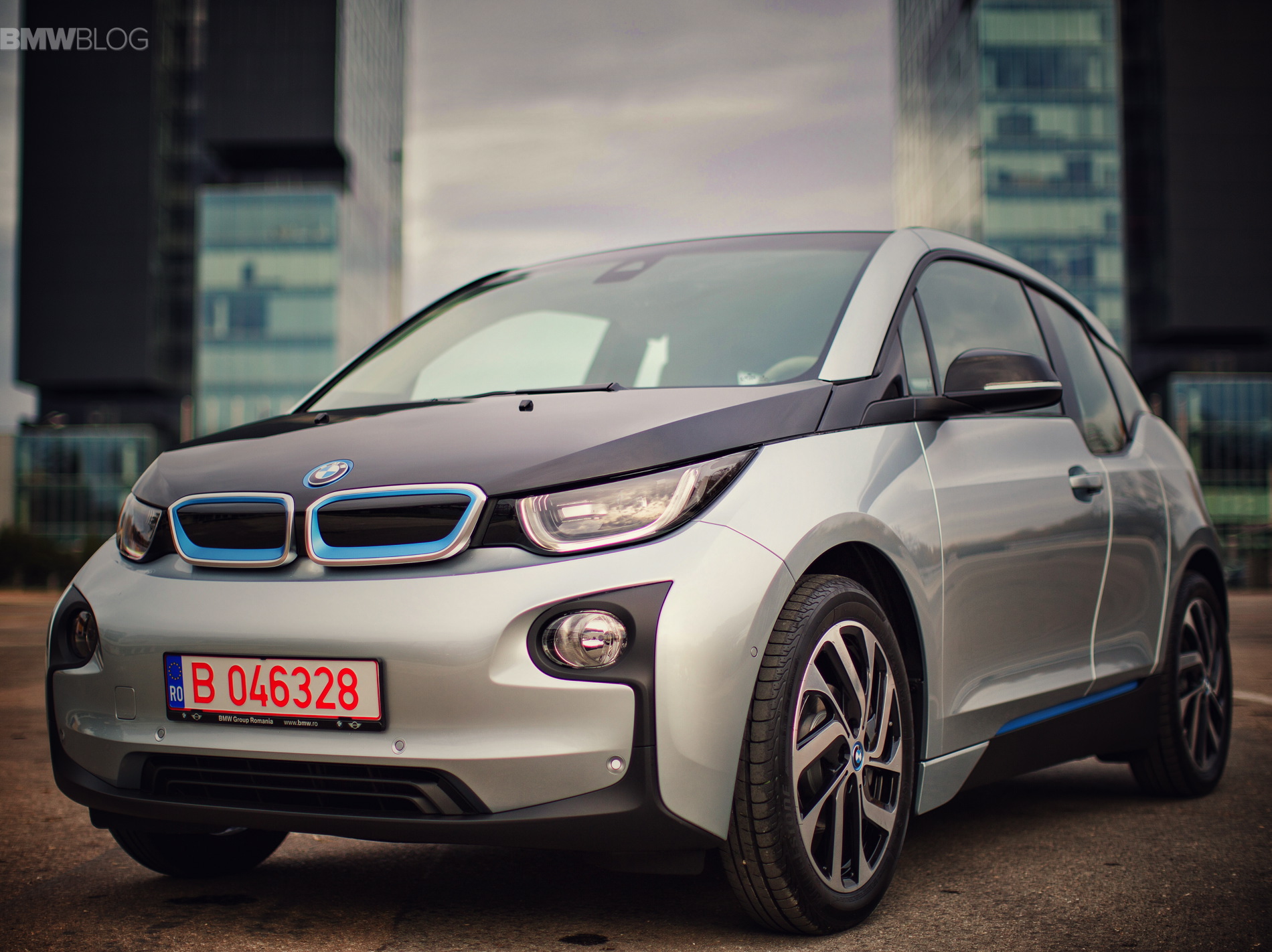 Typically, when the IIHS or Euro NCAP tests two cars safety capabilities against each other’s, it’s a test of two cars crashing into the same object, independently, and seeing which car fared better. However, in this case, we’re taking a look at how two cars performed after accidentally crashing into each other. Fun.

InsideEVs has an interesting story about a BMW i3 owner who was rear-ended by a driver in a Cadillac CTS moving at a very serious rate of speed. Now, considering that the second-gen CTS weights almost 1,000 pounds more than a BMW i3 and that the CTS was moving fast enough to hurl the i3 173 feet upon impact, you’d expect the Cadillac to have one the battle. If that’s what you expect, you’d actually be wrong.

See, the BMW i3 uses a CFRP (Carbon Fiber Reinforced Plastic) passenger cell that is made from one single piece. Attached to this passenger cell are the aluminum subframes that hold the wheel carriers and what not. So there aren’t many parts of the i3 that are welded, riveted or bonded together, making its structure very stiff. CFRP is also stronger than steel.

The i3 also has a large advantage over any gasoline or diesel powered car, as there aren’t any engines or transmission or exhaust pipes. There also aren’t any oil pans, radiators, coolant tanks or fuel tanks. Being that there’s a considerable lack of mechanics in an electric vehicle like the i3, automakers have a lot of space to build in a lot more safety equipment, like crumple zones and impact absorbers. This allows EVs to be much safer and one of the reasons why the Tesla Model S crushed the IIHS safety tests when they first tested it.

So when the CTS slammed into the back of the i3, yes the i3 was sent flying forward 173 feet but was barely damaged in comparison to the CTS. The rear bumper was smashed up, but the hatch was still able to power open via the remote. All the doors still opened perfectly, because there can’t be any body flex due to the single piece carbon fiber passenger tub. Some interior bits, like the seat backs and and center arm rest were broken due to impact, but the structure of the car was completely intact, thus saving the passenger’s life. The driver of the i3 walked away with nothing more than a stiff neck, while the CTS driver was taken away in an ambulance. The CTS was also clearly totaled, as the front end looked like origami.

This just goes to show how strong and rigid carbon fiber passenger cells are and that, despite its small size and light weight, the i3 is far stronger than it looks. So if anyone out there is considering a BMW i3 but is on the fence due to safety concerns for their family, as the car is so small, fear not. The BMW i3 was hit so hard that it was hurled 173 feet, or more than half of an American Football field, and the passenger had only a sore neck the following day. That’s impressive in any car, nevermind a sub-3,000 lb electric hatchback. You think SUVs are safe? Wait ’til they take on the i3.

8 responses to “Crash Test: BMW i3 vs Cadillac CTS”